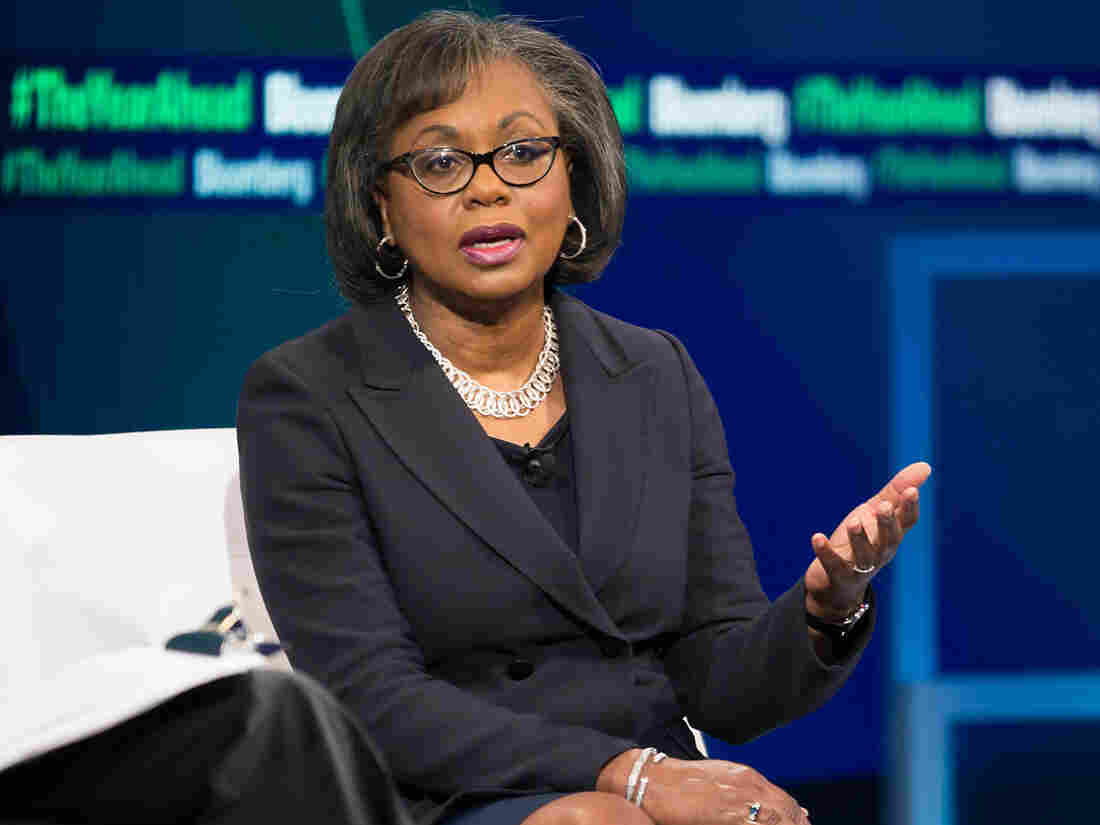 Anita Hill says a "neutral body" should investigate sexual assault allegations against Supreme Court nominee Brett Kavanaugh, because senators have already shown "the presumptions they have about the claims that have been made." Hill is seen here at an event last year. Alex Flynn/Bloomberg via Getty Images hide caption 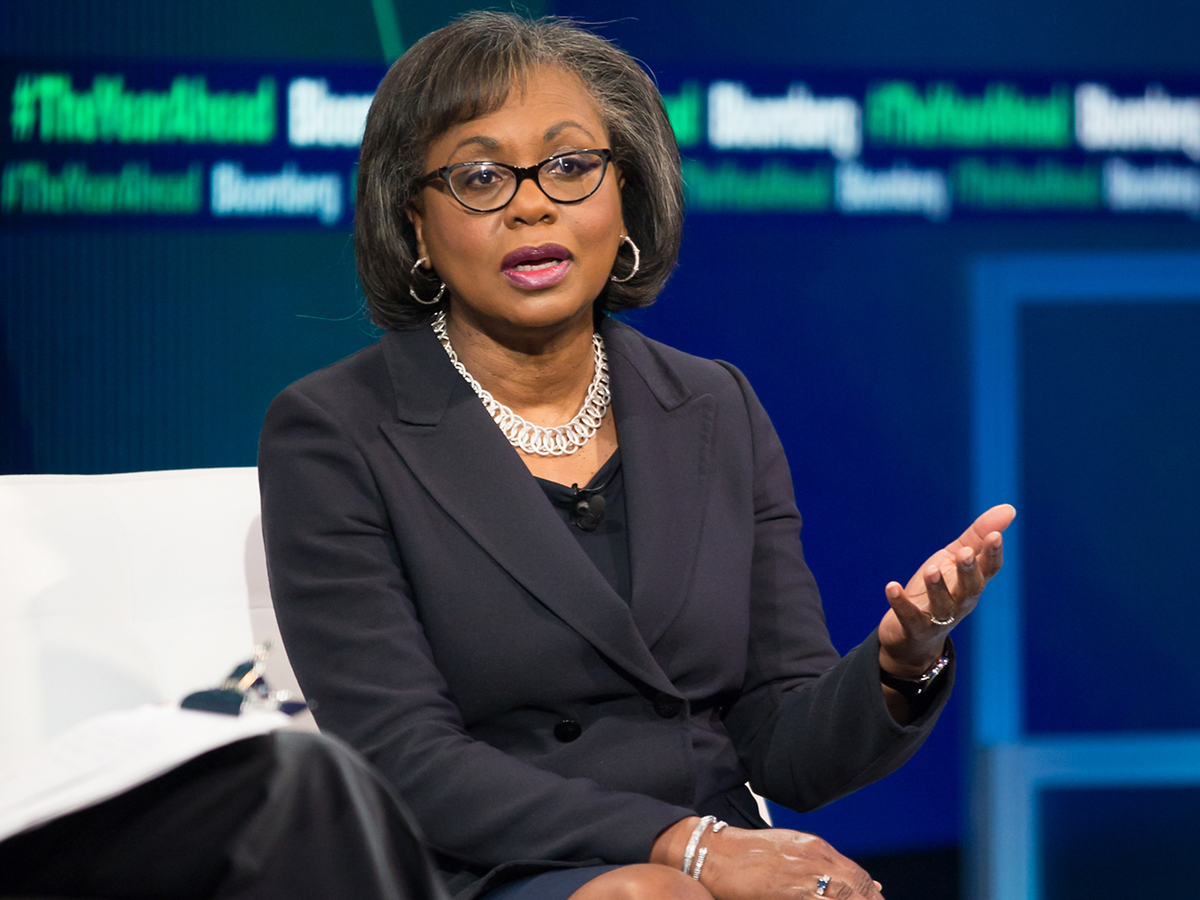 Anita Hill says a "neutral body" should investigate sexual assault allegations against Supreme Court nominee Brett Kavanaugh, because senators have already shown "the presumptions they have about the claims that have been made." Hill is seen here at an event last year.

Twenty-seven years after testifying that then-Supreme Court nominee Clarence Thomas sexually harassed her, Anita Hill says she believes the upcoming hearing on an alleged sexual assault by the current nominee "cannot be fair and thorough."

As it stands now, the hearing cannot provide the senators "with enough information to reach a reasonable conclusion," Hill tells NPR.

On Thursday, Christine Blasey Ford is set to testify before the Senate Judiciary Committee about an incident that she says happened when she and Supreme Court nominee Brett Kavanaugh were in high school.

She says that during a party, Kavanaugh drunkenly pinned her down in a bedroom and groped her as a friend of his looked on.

"I thought he might inadvertently kill me," Ford, a research psychologist in California, has said. "He was trying to attack me and remove my clothing."

Kavanaugh has categorically denied these allegations and a second accusation against him. In a Fox News interview that aired Monday night, he said: "I had never sexually assaulted anyone, not in high school, not ever."

While some details of the hearing remain up in the air, the only people currently set to testify are Kavanaugh and Ford.

Ford's lawyer — and Democratic senators — have called for an FBI investigation into the claims. The attorney has also proposed the committee subpoena Mark Judge, the other person Ford says was in the room during the alleged assault.

So far, those requests have not been granted.

A fair process would start with a "real investigation," Hill tells All Things Considered, saying the absence of other witnesses raises concerns about a he-said-she-said situation.

Hill, who is now a professor of social policy, law and women's and gender studies at Brandeis University, called for a "neutral body" to investigate the allegations. She says Senate members have already indicated "the presumptions they have about the claims that have been made."

Senate Majority Leader Mitch McConnell announced later Tuesday that a female staff attorney, not senators, would be questioning Kavanaugh and Ford. Fellow Republican and Senate Judiciary Chairman Chuck Grassley said it was an effort to "depoliticize the whole process."

Senate Minority Leader Chuck Schumer then stated that Democrats on the Judiciary Committee planned to ask their own questions at Thursday's hearing.

Hill says there is going to be an inherent power imbalance in the hearing. "The very least we can do is balance it out through a fair process."

She found herself in a similar position to Ford when, in 1991, she came forward with allegations against Thomas. 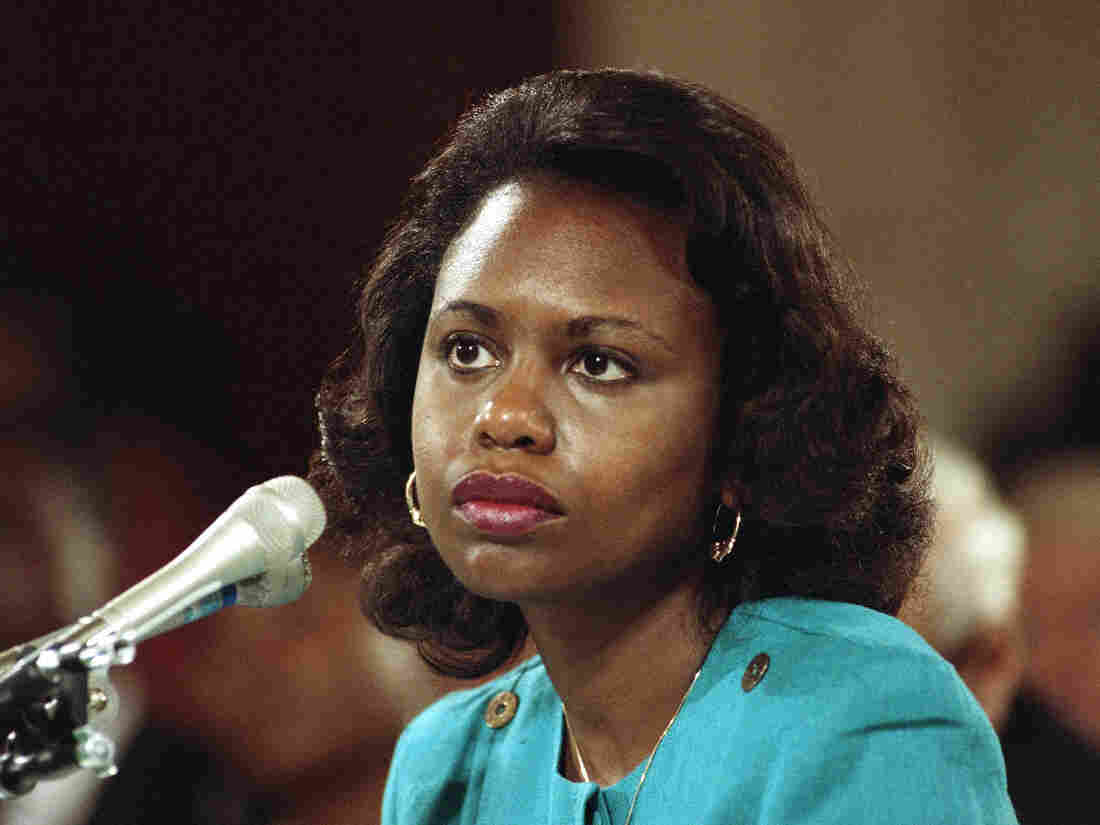 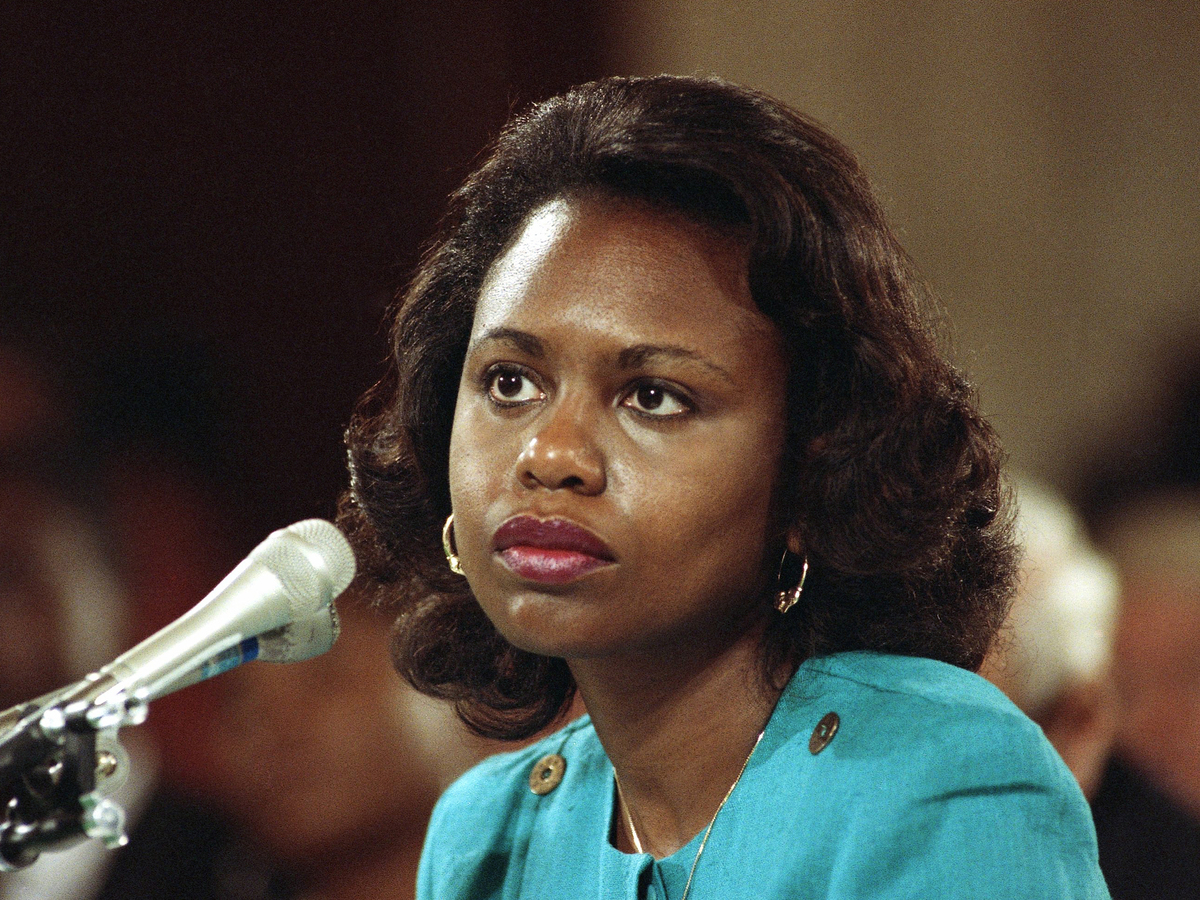 Anita Hill testified in 1991 that she was sexually harassed by then-Supreme Court nominee Clarence Thomas.

Hill had briefly worked with Thomas at the Equal Employment Opportunity Commission — but by the time interest in her story spiked, Hill had already left Washington, D.C., and was working as a law professor at the University of Oklahoma.

According to Hill's congressional testimony, Thomas told her that he was likely to get a political appointment and that if he did, she could come work with him. She followed Thomas to the Education Department, where she worked for one year.

When Thomas moved on to become EEOC chairman, Hill joined him as a special assistant. She held that post from 1982 to '83, when she moved back to Oklahoma.

Hill initially refused to speak about what happened between her and Thomas. She was "torn between what she saw as her duty to provide information to the committee and her desire not to be publicly identified," as NPR's Nina Totenberg has reported.

An FBI inquiry into her claims began in late September 1991; on Oct. 7, Hill said she was willing to testify.

She recalls a hectic journey from Oklahoma to Washington, where she says she had only about a day to confer with her legal counsel before facing senators. "Experiencing that was just as shocking as it sounds," Hill tells NPR.

Discussing her interactions with Thomas, Hill testified that their working relationship had initially been positive. But several months after she took the job at the Department of Education, she said, "He asked me to go out socially with him."

Hill continued in her testimony: "What happened next and telling the world about it are the two most difficult things, experiences of my life. It is only after a great deal of agonizing consideration and a number of sleepless nights that I am able to talk of these unpleasant matters to anyone but my close friends."

She declined his offer, telling lawmakers that she believed going out with Thomas might jeopardize their professional relationship. She said Thomas pressed her to explain why she said no and tried repeatedly to get her to change her mind.

"My working relationship became even more strained when Judge Thomas began to use work situations to discuss sex," Hill said at the time. She added, "After a brief discussion of work, he would turn the conversation to a discussion of sexual matters. His conversations were very vivid."

The topics ranged from pornography and bestiality to Thomas' "own sexual prowess," she said.

Hill testified that the graphic conversations and pressure tapered off toward the end of Thomas' tenure at the Education Department, prompting her to accept his offer to join her at the EEOC.

In the second half of 1982, she said, Thomas resumed making sexual overtures and pressuring her to go on a date. She began looking for another job and landed one in 1983.

Hill told the committee, "When I informed him that I was leaving in July, I recall that his response was that now, I would no longer have an excuse for not going out with him."

"My family was threatened, along with me. My friends were threatened," she says. "Anybody who dared support me were also threatened with loss of life, loss of jobs. You lose privacy."

But, she says, "for me, what it does come down to is that I felt that I had an obligation to come forward."

She says she doesn't regret it.

"Yes, it is true that it's redefined my life in many ways," Hill says, "but in the end, I still have the power to define who I am and what my life stands for."

The allegations by Hill and Ford both concern incidents that they said happened years prior to Thomas' and Kavanaugh's nominations. But Hill argues that for a Supreme Court nominee with a potential life term, incidents long past must be weighed.