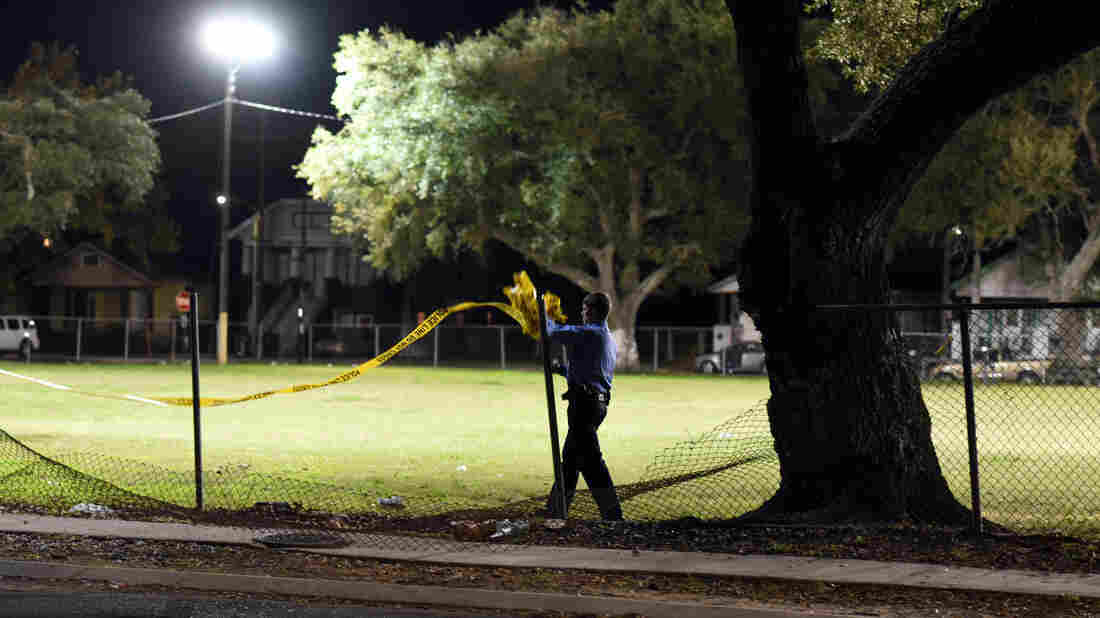 A police officer removes crime scene tape after a shooting at a playground in New Orleans, in 2015. Cheryl Gerber/Getty Images hide caption 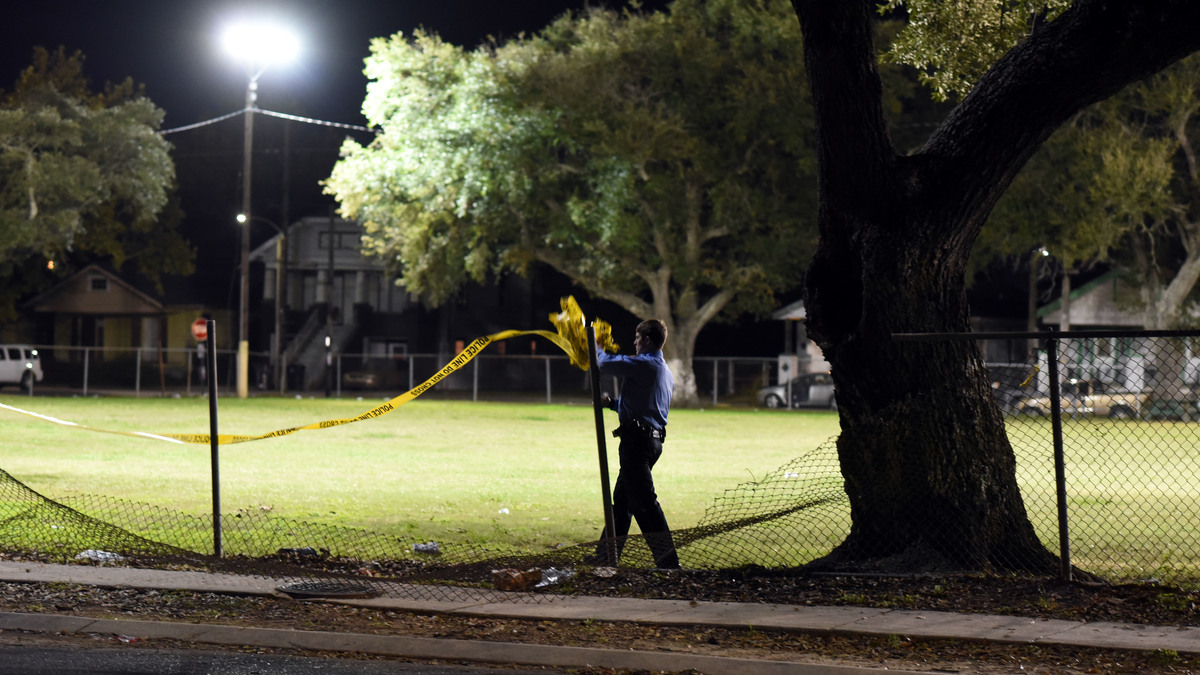 A police officer removes crime scene tape after a shooting at a playground in New Orleans, in 2015.

Violent crime stayed essentially flat last year, according to statistics just released by the FBI. Those crimes were down by 0.2 percent last year, after a sharp increase of more than 5 percent the year before.

That means violent crime has essentially plateaued at a level higher than the lows of a few years ago — but is still substantially lower than the high rates of the 1980s and 1990s.

As always, there's great regional variability in violent crimes, even within metro areas. The overall uptick of the last few years has been driven in large part by a handful of cities that are suffering through waves of homicide reminiscent of the crack epidemic. Chicago has dominated the headlines in recent years, but things are even worse in St. Louis and Baltimore, where murder rates were on the order of 10 times the national average.

Certain states fly high above the mean, too. As New Orleans-based crime statistics analyst Jeff Asher tweeted Monday, Louisiana's murder rate leads the pack even if you discount the homicides in the state's largest city:

The FBI's Uniform Crime Report for 2017 also includes statistics for rape and property crimes, as well as "clearance rates" — the percentage of crimes solved by law enforcement.

UCR statistics are far from perfect, though. Many departments, and even some states, simply don't report complete numbers to the federal government. And the reporting system, which dates back to the 1930s, leaves out a lot of detail. For instance, an incident that involves several crimes at once (e.g. murder, rape, assault) will show up in the statistics as only one crime — the most severe.

Still, as those are long-standing limitations, the UCR does offer a sense of trends over time. And right now, when it comes to violent crime, things are worse than a few years ago, but still better than a generation ago.