Accessibility links
There's A $500,000 Gender Gap When It Comes To Campaign Fundraising In the 67 Republican-held House districts that Democrats have the best chance of winning this fall, male Democratic candidates raised an average of about $500,000 more than women candidates. 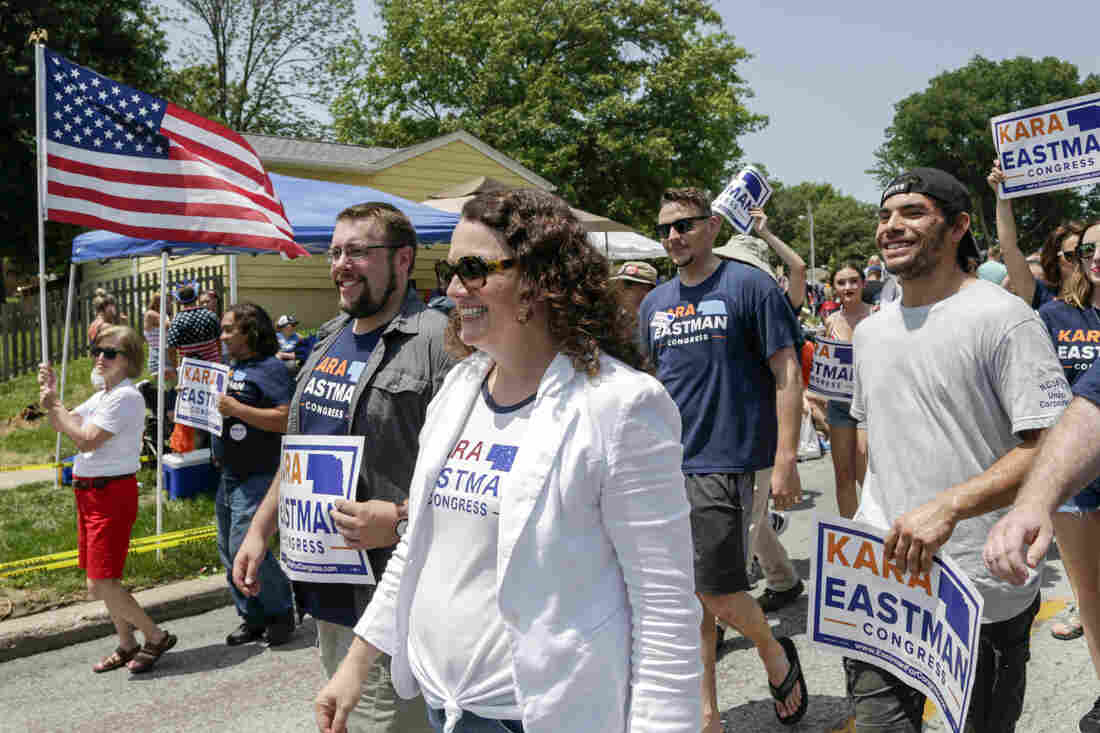 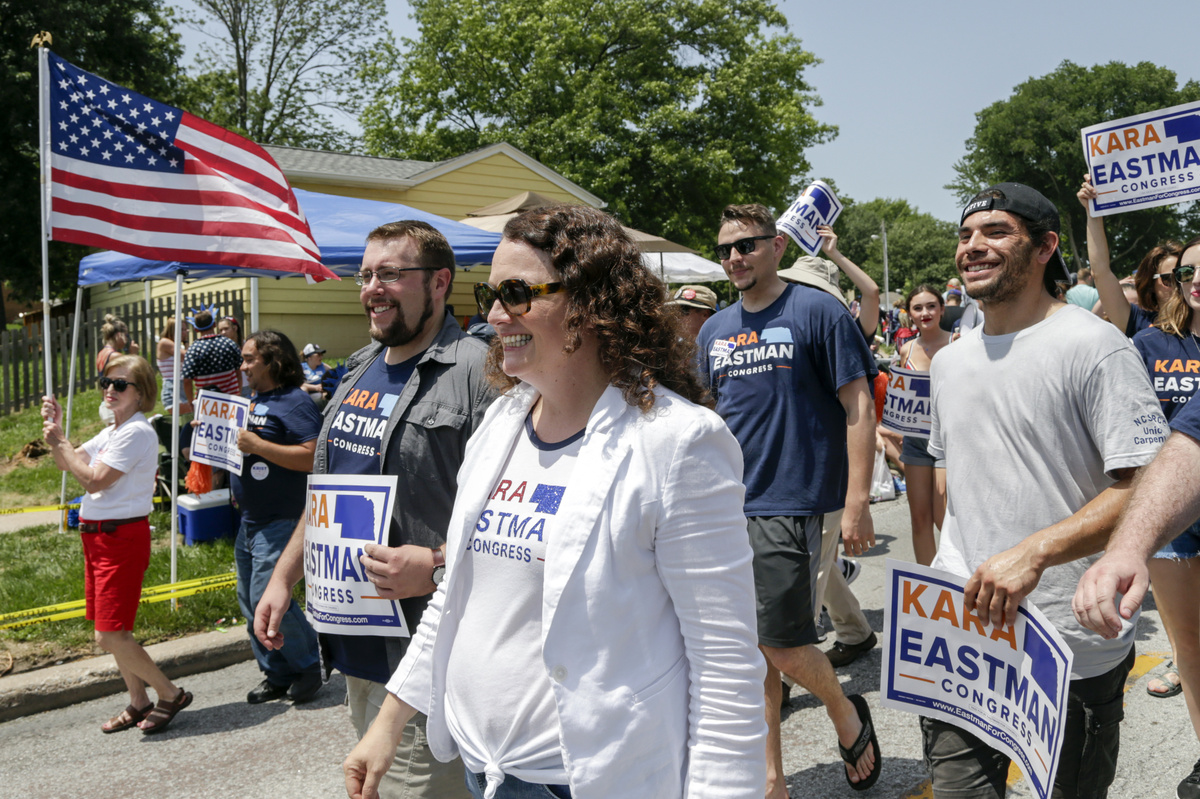 Gender gaps aren't just for the workplace, and the midterm elections are proving it. An NPR analysis of campaign finance records shows that Democratic women candidates face a fundraising gap, compared to Democratic men, in the party's toughest House races.

In Federal Election Commission filings, the women running for Congress have raised an average of $500,000 less than the men, in the 67 most competitive districts as rated by the nonpartisan Cook Political Report. The analysis found that the 34 Democratic women challenging Republicans in those districts raised a combined $34.5 million from out-of-state donors, compared to $48.3 million raised by the Democratic 33 men. Out-of-state money is a growing, and critical, building block in House races.

"I mean look, we anticipate that we will be outspent in this race," said Eastman, a social worker and nonprofit executive who won the party primary in an upset. The district includes Omaha and its suburbs — a single media market, which saves candidates many thousands of dollars for TV advertising.

Eastman's fundraising was still below the million-dollar mark at her latest disclosure deadline, June 30. Small donors — those who gave $200 or less — account for 44 percent of her funds. Conversely, Bacon raised 44 percent of his money from political action committees, which gave just 5 percent of Eastman's funds.

"We continue to raise money. Actually over 90 percent of my money has come from individuals," Eastman told NPR. The small-dollar contributions are "something I'm really proud of."

"For the last 20 years for sure they just have always trailed behind," said Taryn Rosenkranz, founder of New Blue Digital Strategies, a liberal consulting firm in Washington, D.C., "and I'm sure it's for the last 100, or however long we've been tracking financial contributions."

There are structural reasons for the gap. The fundamentals: many women earn less than men, and have less wealth to share.

"Men giving money to politics tend to give more money than women," said Kira Sanbonmatsu, senior scholar at Rutgers University's Center for American Women and Politics. In the long run, she said, "Women have not had that same giving tradition in politics." 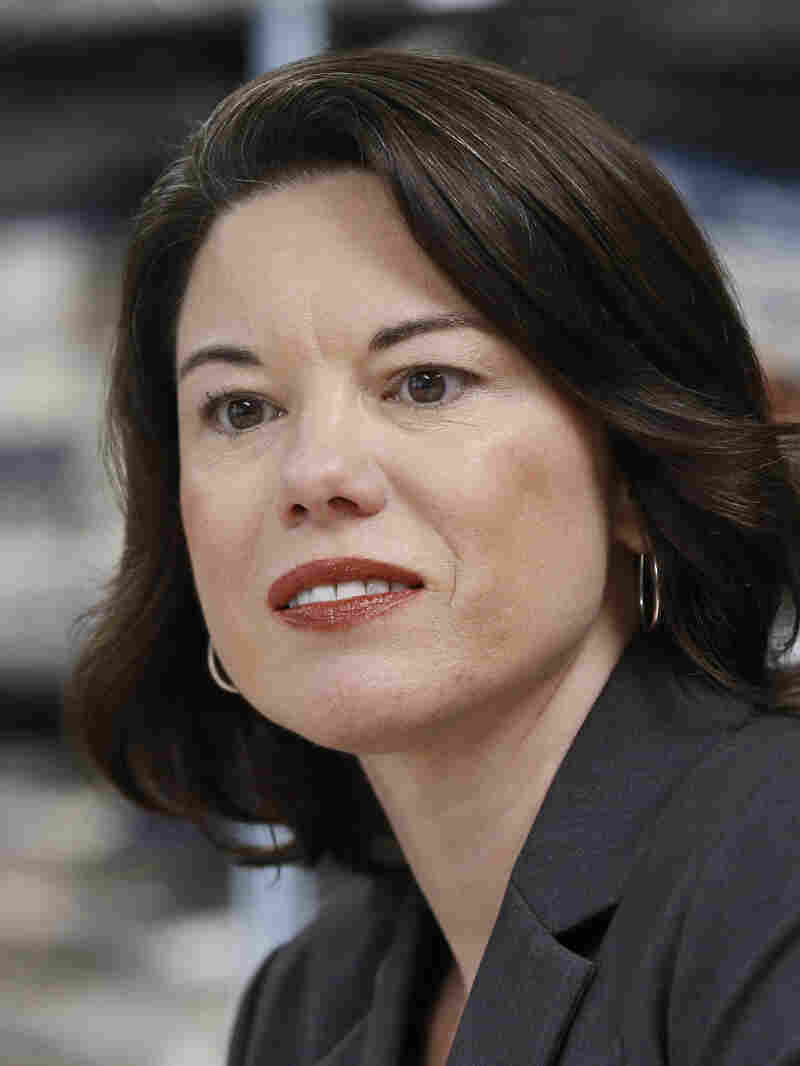 Angie Craig a Democrat running in a House district outside of the Twin Cities, is getting fundraising help from a network of donors who give to Rep. Katherine Clark, D-Mass. Jim Mone/AP hide caption 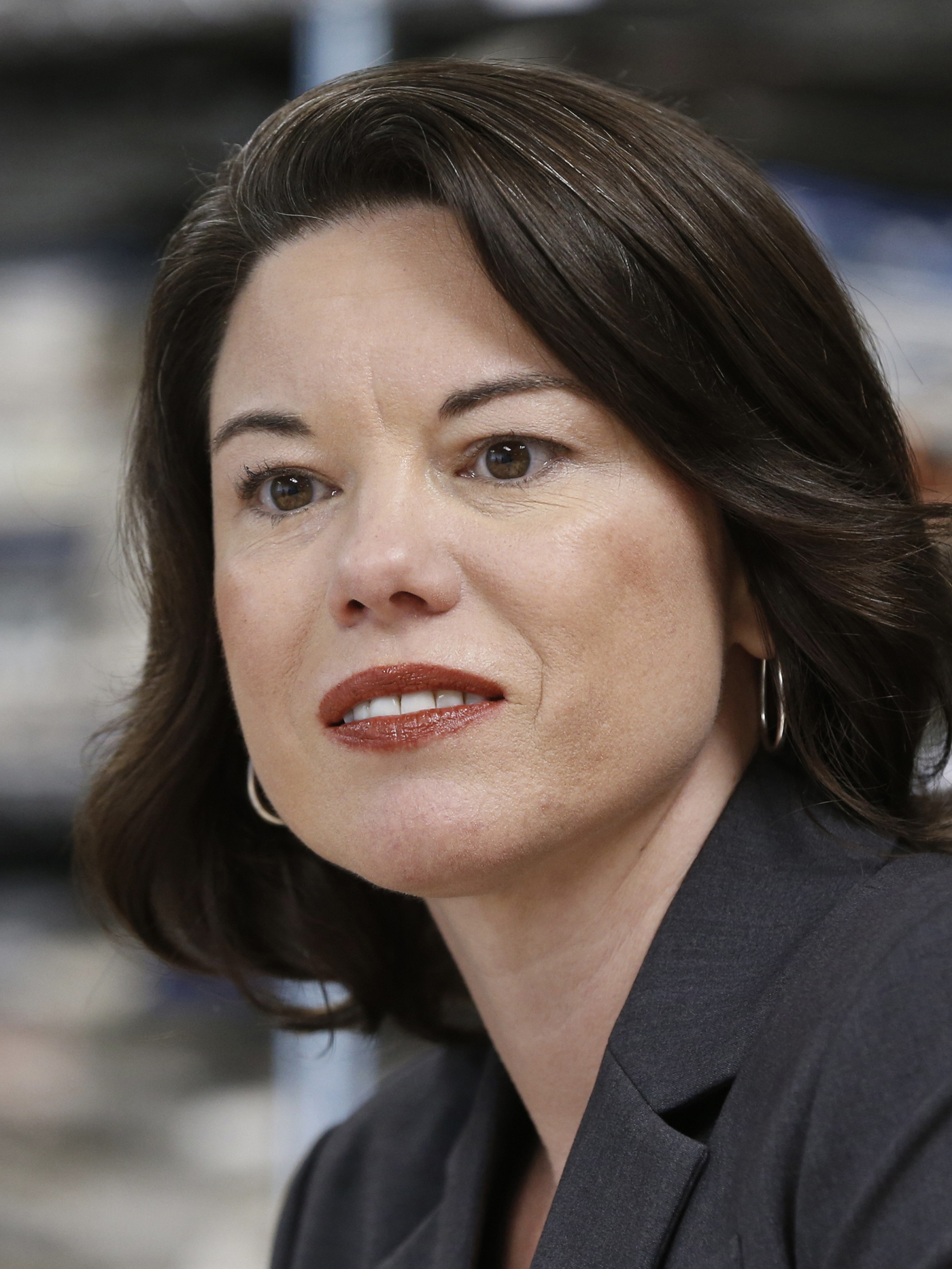 Angie Craig a Democrat running in a House district outside of the Twin Cities, is getting fundraising help from a network of donors who give to Rep. Katherine Clark, D-Mass.

And there are other, smaller fundraising networks, including the one helping Angie Craig, a Democratic challenger in Minnesota. A health-care industry executive, Craig is in a rematch with Republican Rep. Jason Lewis, who edged her out by two percentage points in 2016.

The fundraising network helping her is based half a continent away, in Massachusetts and was established by Rep. Katherine Clark, D-Mass.

Craig told NPR that she was one of several candidates running in swing districts who Clark wanted her donors to help.

Clark said the network was there for her five years ago: "When I ran for Congress back in 2013, I had the exceedingly rare donors that were majority women." So now, with a safe seat, she's sharing the donors with other Democratic women.

"What I have tried to do in this effort to flip the House and elect more women to Congress is tap that network of donors," she said.

The fundraising picture for the Democratic women will become clearer, and perhaps brighter, when the next reports are filed in mid-October.