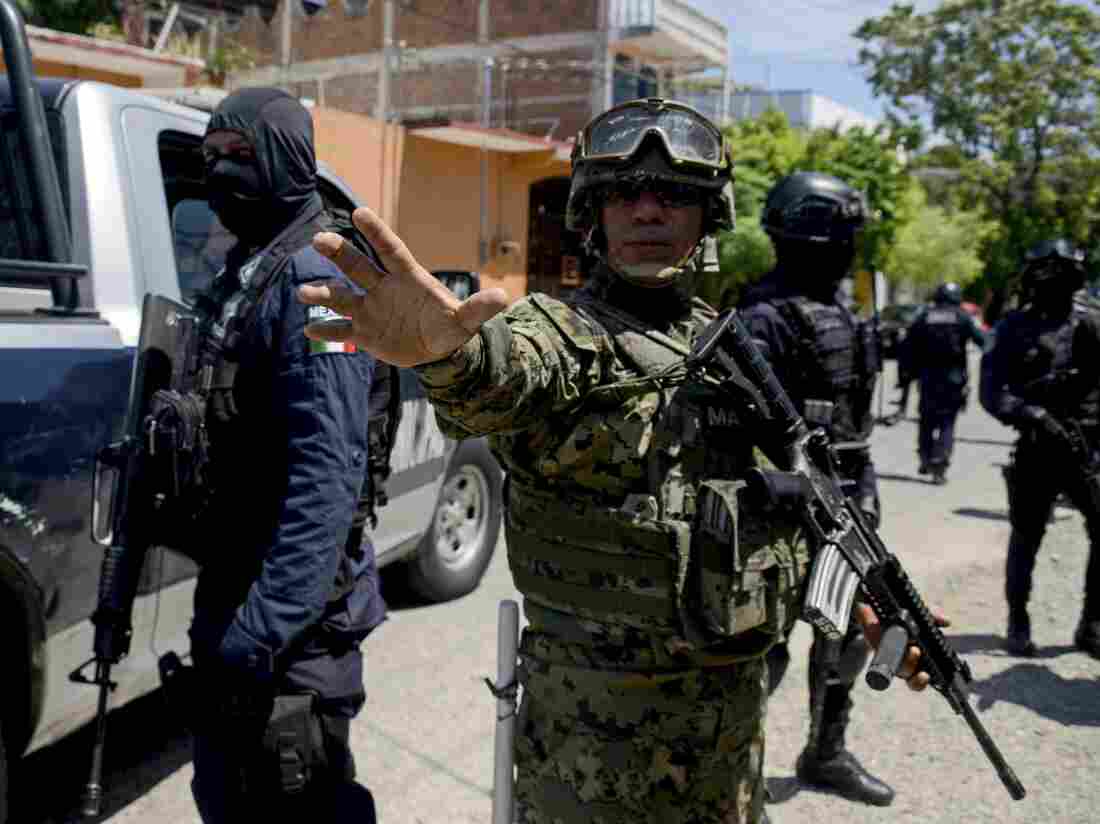 Mexican navy members and federal police take part in an operation in Acapulco in the state of Guerrero, Mexico, on Tuesday to disarm local police. Francisco Robles/AFP/Getty Images hide caption 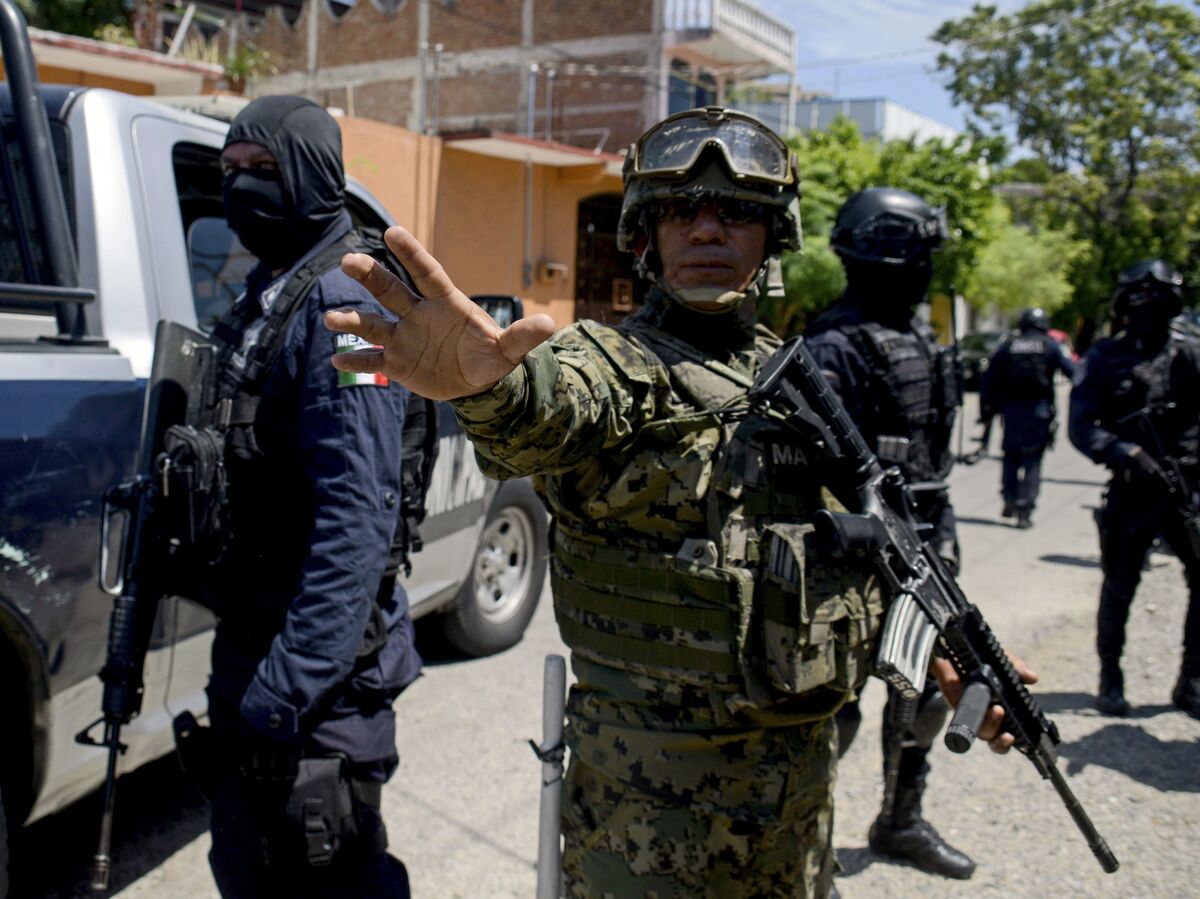 Mexican navy members and federal police take part in an operation in Acapulco in the state of Guerrero, Mexico, on Tuesday to disarm local police.

Federal and state authorities in Mexico have disarmed the entire police force in the city of Acapulco as investigators look into suspicions that it has been infiltrated by drug gangs.

According to The Associated Press, officers "were stripped of their guns, radios and bullet-proof vests and taken for background checks. Law enforcement duties in the seaside city of 800,000 will be taken over by soldiers, marines and state police."

The dramatic step was taken "because of suspicion that the force had probably been infiltrated by criminal groups" and due to "the complete inaction of the municipal police in fighting the crime wave," the state government said.

Guerrero is considered one of the most violent regions in Mexico, with criminal gangs overseeing the cultivation of poppies for the production of heroin. The Washington Post last year described Acapulco, once a glittering resort for foreign travelers, "Mexico's murder capital."

The joint operation by Mexico's armed forces — including the country's navy, as well as federal and state police — caused the U.S. Embassy in Mexico City on Tuesday to reiterate a warning to U.S. citizens against travel to Guerrero, where "Violent crime, such as homicide, kidnapping, carjacking, and robbery, is widespread."

As The Washington Post noted last year, "when ... Aguirre took office in October 2015, he said, the municipal police force was 'totally out of control.' "

"Half the 1,500 officers had failed federal vetting and background checks. The police had spent much of 2014 on strike to protest salaries and benefits, leaving state and federal forces in charge," the Post said.

"Last year, Acapulco had a homicide rate of 103 per 100,000 inhabitants, one of the highest in Mexico and the world.

Local police in several parts of Mexico have been disbanded because they were corrupted by drug cartels. In Guerrero alone, local police have been disarmed in more than a dozen towns and cities since 2014, though none as large as Acapulco.

In the northern state of Tamaulipas, one of the hardest hit by drug violence, almost all local police forces state-wide have been disbanded since 2011."