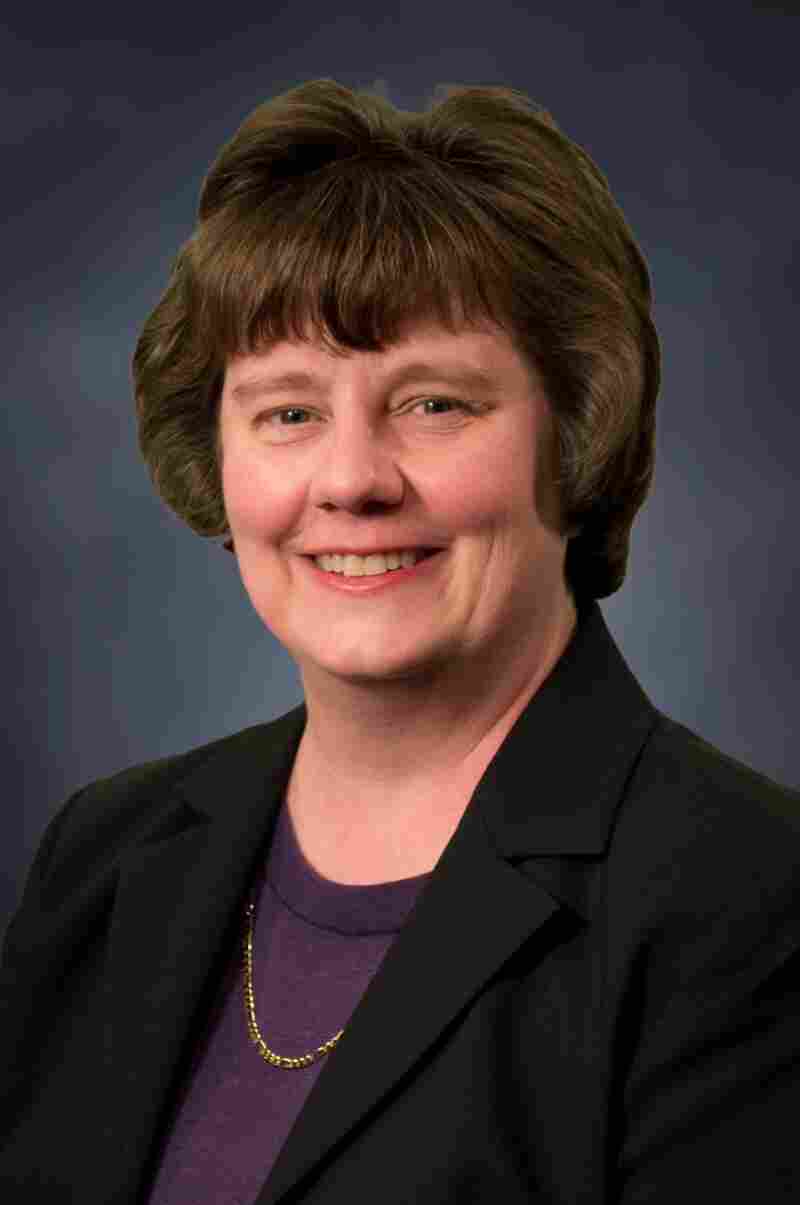 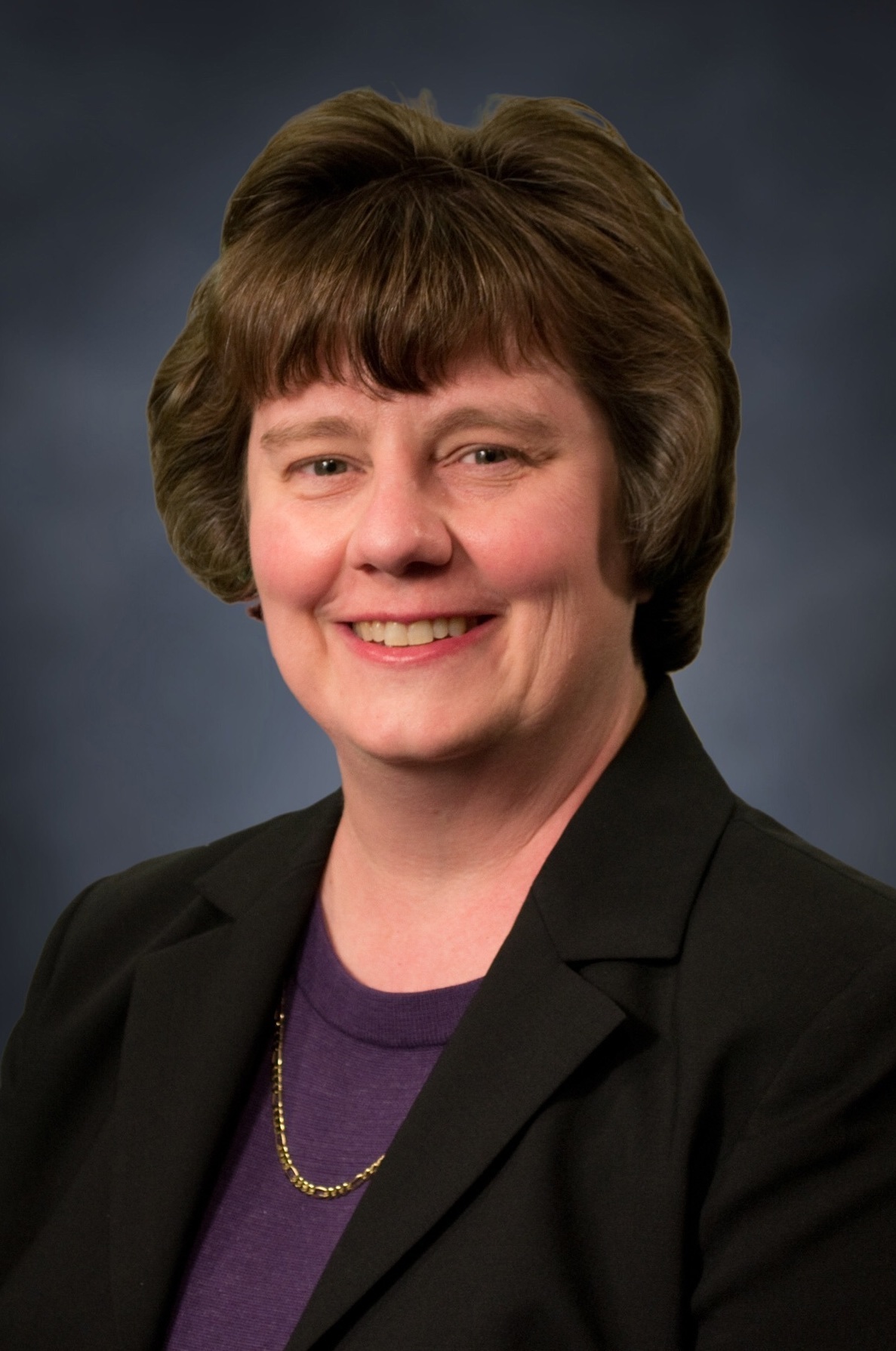 Rachel Mitchell, head of the Special Victims Division of the Maricopa County Attorney's Office, is on leave as she heads to Washington, D.C., to assist the Senate Judiciary Committee with a hearing scheduled for Thursday.

The outside attorney who will be directing questions to Supreme Court nominee Brett Kavanaugh and Christine Blasey Ford, who has accused Kavanaugh of sexual assault, is a prosecutor from Arizona who has dedicated her career to prosecuting sex crimes — and pushed for best practices in investigations to protect and serve victims of assault.

Rachel Mitchell is head of the sex crimes unit at the Maricopa County Attorney's Office and has decades of experience prosecuting criminal cases of sexual assault and abuse.

She'll be asking questions during a hearing on Thursday before the Senate Judiciary Committee, which will center on Ford's allegation that Kavanaugh sexually assaulted her while they were in high school.

Mitchell is a prosecutor, but in this situation, no criminal case has been opened — and the Senate is not a courtroom. Mitchell has been hired by the Senate Republicans who have staunchly defended Kavanaugh against allegations of wrongdoing.

Ford says that when she and Kavanaugh were in high school in suburban Maryland in the early 1980s, he pinned her to a bed at a party, covered her mouth when she tried to scream, groped her while grinding against her body and attempted to remove her clothes as she resisted. Kavanaugh has denied the allegation.

The Credibility Contest Between Ford And Kavanaugh

A second woman has accused Kavanaugh of exposing himself to her in college, which Kavanaugh also has denied.

A third woman has come forward with further accusations from high school, which Kavanaugh again denies. The third woman says, among other things, that she saw an intoxicated Kavanaugh press himself against girls without their consent and that she was raped at a party that he attended.

Kavanaugh has issued a blanket denial that he ever sexually assaulted anyone. He also denies drinking to the point of losing his memory.

Decades have passed since the alleged assault of Ford, the topic of the hearing scheduled for Thursday. This is a familiar situation for Mitchell, who has prosecuted several sex crimes that reached the courtroom long after the abuse occurred, including cases of the abuse of children by Catholic priests.

"She is experienced at training detectives, prosecutors ... and others who work with victims [on] the best methods for forensic interviews of sex-crimes victims," the Arizona Republic reports.

It is unusual for the Senate Judiciary Committee to bring in outside counsel to conduct questioning at a hearing. Typically, senators ask the questions themselves.

But all the Republican senators on the Judiciary Committee are male; they risked alienating or infuriating some viewers if they sat as a panel of powerful men and challenged a woman on her memories of a traumatic event. (This is, of course, not a new position for the committee to be in.)

For days, the senators had been weighing the idea of bringing in outside counsel — a woman — to handle the questioning. Ford's lawyer said that her client preferred to be questioned by the senators instead.

(Ford has also requested a full investigation by the FBI, which would include seeking interviews with people besides Ford and Kavanaugh, including a man Ford named as an eyewitness to her assault. The committee has denied that request.)

Sen. Chuck Grassley, R-Iowa, announced Tuesday that Mitchell was the choice for an outside interviewer, saying she "has been recognized in the legal community for her experience and objectivity."

Earlier, Senate Majority Leader Mitch McConnell said a "female assistant" had been hired to "ask these questions in a respectful and professional way."

Mitchell, who is in her early 50s, is not a legislative assistant. As the director of the Special Victims Division of the Maricopa County Attorney's Office, she supervises a team of prosecutors who handle sex crime cases. She has worked as a prosecutor since 1993.

She is a graduate of Arizona State University's law school. She became interested in prosecuting sex crimes while she was a law clerk, waiting on her bar exam results, and assisted on a case that "involved a youth choir director as the offender," according to an interview she gave in 2011.

"It struck me how innocent and vulnerable the victims of these cases really were," she said. "When I became an attorney with the office I prosecuted other kinds of cases, but I was drawn back to this area."

In 2005, in a closely watched case, Mitchell led the prosecution of a priest who was convicted of child molestation and sentenced to 111 years in prison. That priest, Paul LeBrun, was the eighth Phoenix-area member of the clergy to face charges as part of a wave of abuse prosecutions, but his case was the first to go to a jury trial.

Mitchell said at the time that the 111-year sentence was "vindication for these victims, and they need that."

"It also tells people who have been victimized by people in authority that someone is listening and will do something about it," she added, according to a Reuters report.

In 2011, her office was criticized after it brokered a plea deal with a Jehovah's Witness elder who admitted to sexually abusing a teenage boy — the deal called for just six months in county jail. Mitchell said it would be difficult to prove that the victim, now an adult, had been 14 or younger at the time of the abuse.

Mitchell became head of the sex crimes unit in 2005 as part of a shake-up in the Maricopa County Attorney's Office — the previous head of the unit, Cindi Nannetti, was unceremoniously demoted after the election of a new top prosecutor. Nannetti's demotion was a "huge surprise," Kimberly Yedowitz, the chairwoman of the Arizona Sexual Assault Network, told the Phoenix New Times.

While the department shuffle raised eyebrows, Mitchell was hardly a controversial choice.

"Neither Yedowitz nor anyone else contacted for this story had anything negative to say about Rachel Mitchell, Nannetti's replacement," the New Times wrote. "Mitchell worked closely with Nannetti in prosecuting numerous priests and other high-profile cases, and previously supervised the sex-crimes unit's East Valley bureau."

During her time running the sex crimes division, Mitchell has commented to the press repeatedly about efforts to make criminal proceedings less harrowing for victims — including the addition of therapy dogs in court.

Mitchell spoke to NPR member station KJZZ in January about the county's new protocol manual for handling sexual assault cases. She said it was helpful to have training requirements and written best practices so people responsible for investigations and prosecutions can "do the best we can for victims," as she put it.

The protocol manual includes both technical processes for handling evidence, as well as guidelines for how to treat and talk to victims. "Treat victims as human beings, not as pieces of evidence," it says at one point.

In a statement Tuesday, the Maricopa County Attorney's Office described Mitchell as someone who is "professional, fair, objective" with "a caring heart for victims." County Attorney Bill Montgomery called her a "conscientious prosecutor, trained to seek justice, protect victims and pursue truth."

Colleagues told the Arizona Republic that Mitchell is "clearly competent" and a "really good, solid prosecutor."

In 2011, Mitchell spoke to FrontLine, a Fundamental Baptist magazine, about child sexual abuse in religious organizations.

She identified a number of misconceptions on the topic, noting that the vast majority of victims knows their abuser, that abuse often happens with other people present and that sexual abusers "are very similar to the general population. Economically, educationally, racially, religiously, they are demographically the same."

She also said one common misconception has to do with when abuse is disclosed.

"People think that children would tell right away and that they would tell everything that happened to them," she said. "In reality, children often keep this secret for years, sometimes into their adulthood, sometimes forever."

Mitchell was specifically discussing the sexual abuse of children. But the passage is attracting new attention because of echoes in the Kavanaugh allegations.

Ford, who was 15 at the time of the alleged assault, says she told no one at the time and only began discussing the incident as an adult. Some defenders of Kavanaugh, including President Trump, have criticized her for coming forward now and not at the time, saying it undermines her credibility.

Other defenders have noted that Kavanaugh was young at the time of the alleged incident — 17 — and asked whether, even if it occurred, he should be held responsible now.

Mitchell is familiar with that line of thinking, too. In 2006, she testified before the Arizona State Legislature — specifically, a committee on "youthful sex offenders" — and explained there were many factors in determining the punishment for a minor who has committed sexual assault, including the number of victims and whether the act was impulsive.

She also noted that her office requests lifetime probation for most sex offenders because probation can be shortened but generally cannot be lengthened even if more offenses are discovered later.

The news of Mitchell's selection for Thursday's hearing has brought a flurry of politicized attention to a prosecutor who has, until now, maintained a low profile.

"Mitchell is a registered Republican and has donated to the campaign of Mark Brnovich, Arizona's Republican attorney general. But Nannetti, her predecessor and former supervisor, said that she has never known Mitchell to be influenced by politics.

" 'Rachel will do her job as a professional,' Nannetti told The Washington Post. 'And she will do it with the utmost respect to the committee. She does not play politics when it comes to anything involving her work.' "

Maricopa County is home to Phoenix and the sprawling metropolitan area that surrounds it. It's the fourth-most-populous county in the United States — and has more Republican voters than any other U.S. county, according to the local GOP. In the 2016 presidential election, the county delivered more votes for Trump than any other county did, by a long shot.

The county is known for its notorious former sheriff, Joe Arpaio, who led a program of racial profiling and continues to push a baseless conspiracy theory about former President Barack Obama.

Arpaio was also harshly criticized for failing to adequately investigate hundreds of sex crimes between 2004 and 2007.