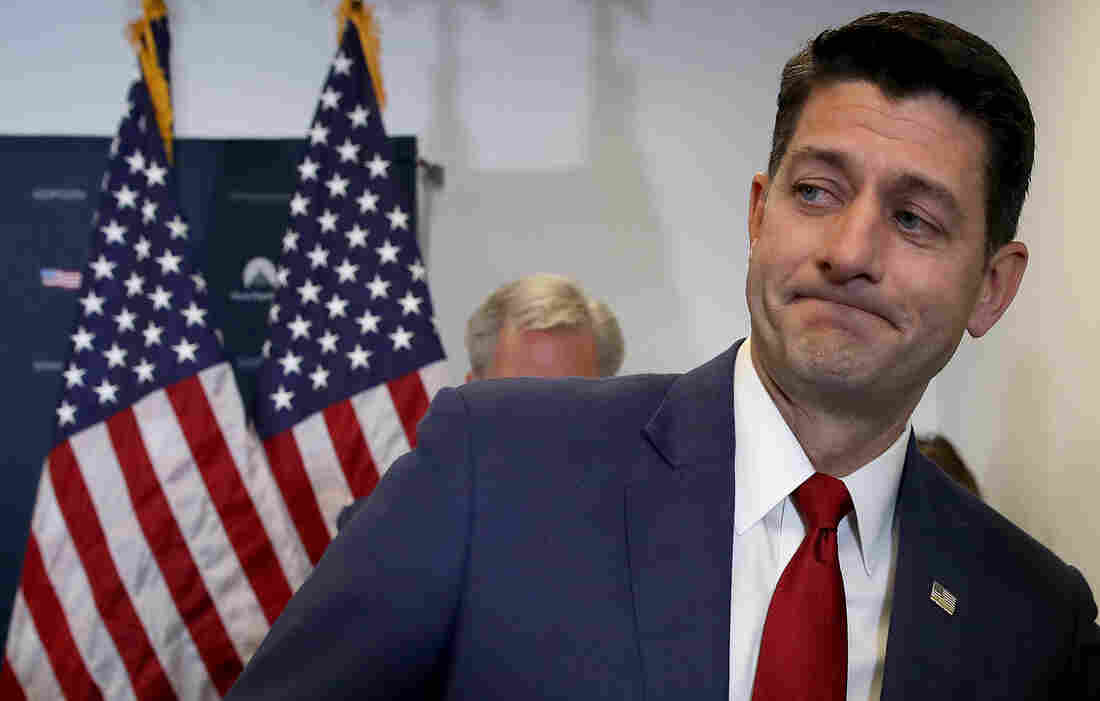 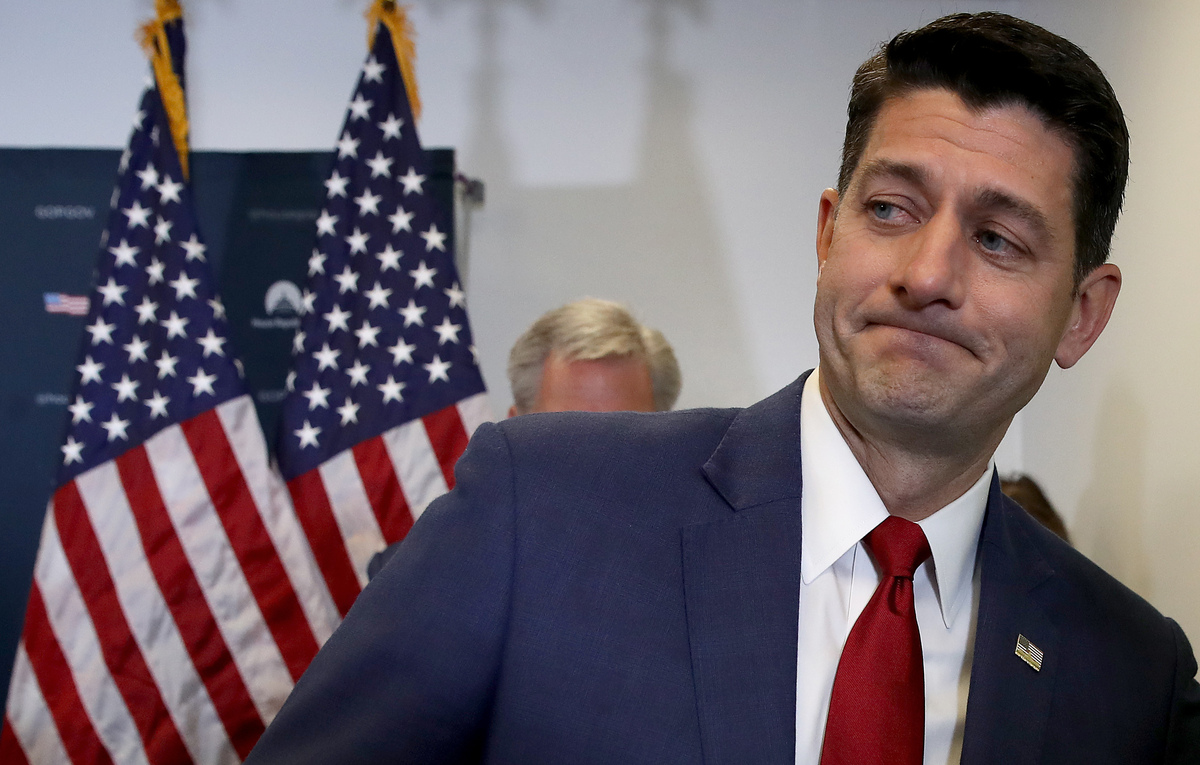 House Speaker Paul Ryan, R-Wis., departs a press conference with the House Republican leadership at the U.S. Capitol on Wednesday.

The House voted 361-61 to approve a spending bill to avoid a shutdown threat until early December. President Trump has said he plans to sign the legislation.

The legislation also includes a full year of funding for the Departments of Defense, Labor and Health and Human Services and a short-term extension of the Violence Against Women Act; but it has no new money for Trump's proposed wall with Mexico.

House Speaker Paul Ryan, R-Wis., told reporters that he is sure the president will sign the bill anyway — because Trump told him he would.

"I'm confident he will sign it," Ryan said. "This funds our military. This funds [the fight against] opioids. This does a lot of the things that we all want to accomplish together, and we've had very good conversations with the president."

Trump confirmed his plans later in the day, saying there wouldn't be a shutdown.

"We're going to keep the government open," Trump said as reporters were being led away from a photo opportunity with the president and Japanese Prime Minister Shinzo Abe at the United Nations General Assembly meeting in New York City.

It is a major shift from his earlier tweets. Trump previously called the spending bill "ridiculous," pointing to the lack of border wall funding. "Dems are obstructing Law Enforcement and Border Security. REPUBLICANS MUST FINALLY GET TOUGH!" a tweet on Sept. 20 said.

I want to know, where is the money for Border Security and the WALL in this ridiculous Spending Bill, and where will it come from after the Midterms? Dems are obstructing Law Enforcement and Border Security. REPUBLICANS MUST FINALLY GET TOUGH!

The Senate passed the bill earlier this month in an overwhelmingly bipartisan vote of 93-7. Democrats plan to join Republicans to make sure the bill clears the House with equally bipartisan numbers, despite the objections of many House conservatives.

Rep. Mark Meadows, R-N.C., the chairman of the conservative House Freedom Caucus, says he will vote against the bill because of the lack of wall funding.

"I don't see anywhere our leverage is better to get wall funding on Dec. 7 than it is on Oct. 7," Meadows said. "At some point, you have to maintain and keep our campaign promises, and at this point, I fail to see the merits of this strategy."