Accessibility links
Pope Francis Urges Catholics To Trust Historic Agreement With China The statement on the appointment of bishops in China has sparked confusion and criticism among some Catholics. The pope reassured them that functionaries won't be named to deal with religious issues. 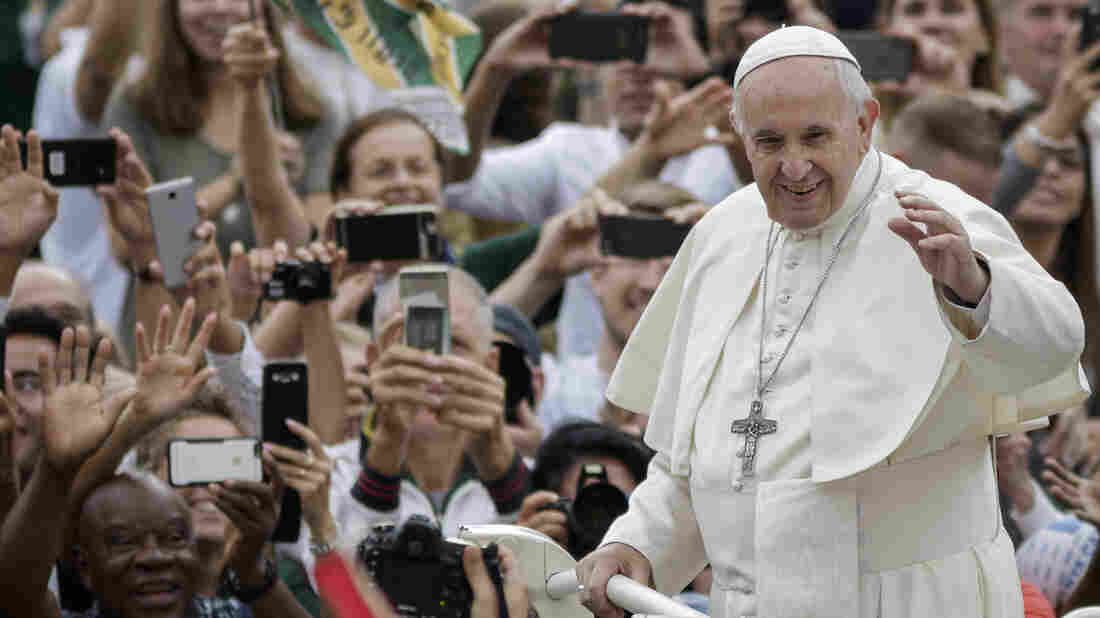 Pope Francis released a letter on Wednesday urging Catholics to trust his decision to form an agreement with the Chinese government on the appointment of bishops in China. Pacific Press/LightRocket via Getty Images hide caption 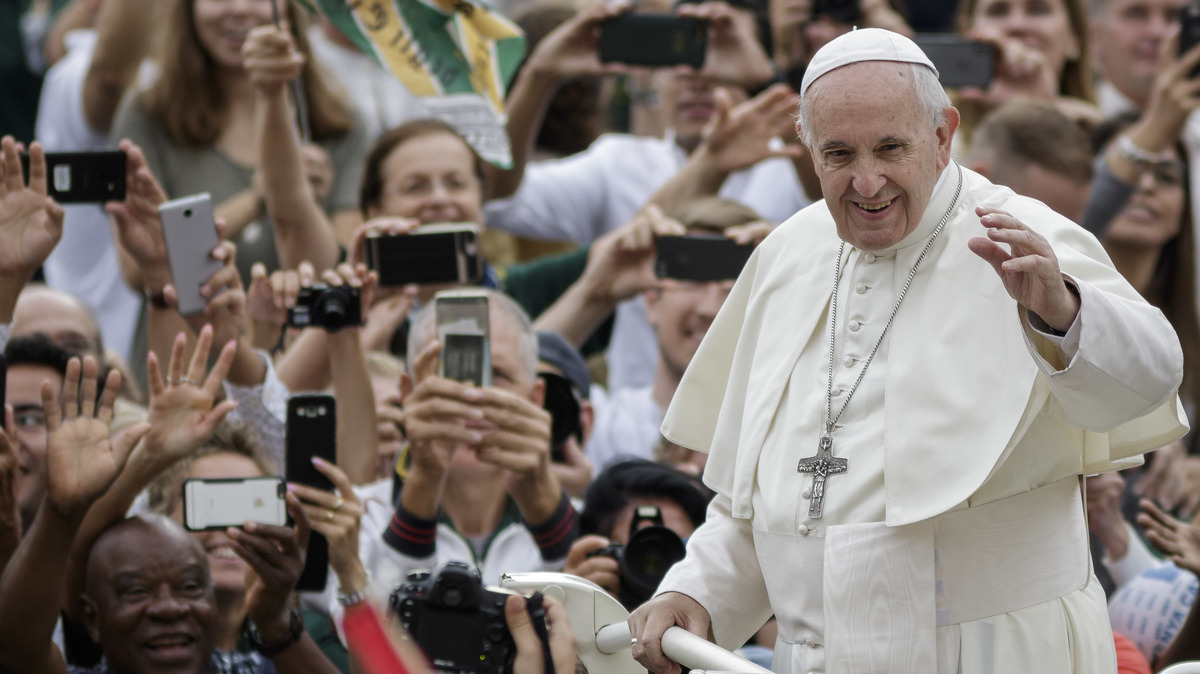 Pope Francis released a letter on Wednesday urging Catholics to trust his decision to form an agreement with the Chinese government on the appointment of bishops in China.

Days after signing a landmark agreement with the government of China on the appointment of bishops, Pope Francis has written a letter reassuring the Chinese Catholic community of his support. The agreement, which was announced on Saturday, had sparked confusion and criticism of Francis, that he was selling out to the Chinese government.

Under the agreement the Vatican will recognize seven bishops appointed by the government, and lift a previous order excommunicating them from the church. The agreement was reached after many years of negotiation between the Vatican and China. The government has long insisted it must appoint bishops within the country, and refused to recognize papal authority to do so.

NPR's Sylvia Poggioli reported for our Newscast unit that "the historic move could pave the way to formal diplomatic ties but it will also anger many Chinese Catholics."

Pope Francis "hopes the deal 'will allow the wounds of the past to be overcome' and lead to full Chinese Catholic unity," Poggioli reports.

For decades Catholics in China have had to choose between official, government-sanctioned Catholic churches, and underground, secret churches headed by bishops chosen by the Vatican. The agreement announced Saturday will change that, but the details of what Pope Francis agreed to remain unclear. In his letter, Francis acknowledged "a certain confusion" about the agreement, and that it "prompted different reactions in the hearts of many." He asked Chinese Catholics to "place your trust ever more firmly in the Lord of history and in the church's discernment of his will."

Francis spoke with journalists on a plane flight Tuesday night, according to The New York Times. He said the appointment of new bishops will involve a "dialogue" with the Chinese government, but that the Vatican will have the ultimate say over who the bishops would be.

In his letter on Wednesday, Francis said he believed "good candidates" for bishops in China would be Catholic pastors. "It is not a question of appointing functionaries to deal with religious issues, but of finding authentic shepherds according to the heart of Jesus, men committed to working generously in the service of God's people, especially the poor and the most vulnerable."

Still unrevealed is whether Francis will select the new bishops or whether he will choose from candidates already selected by the Chinese government.

In his remarks to reporters on Tuesday night, Francis acknowledged that both sides have lost something in the talks, and that members of the underground Catholic churches in China "will suffer," according to The South China Morning Post. "It's true, they will suffer. There is always suffering in an agreement," the pope said.

"Some feel doubt and perplexity, while others sense themselves somehow abandoned by the Holy See," Francis wrote in his letter, acknowledging "the gift of your fidelity, your constancy amid trials."

Members of the underground churches have long faced persecution. Father Bernardo Cervellera, editor of the Vatican news agency Asia News, noted the unresolved disagreements. "There is on one hand a little bit of joy, because something is happening, there is a provisional agreement, but there is a lot of sadness because many problems remain open, above all the fact that many bishops have been disappeared at the hands of the police," he told CNN.

In his letter Francis urged Catholics outside of China to move past these issues. He said Catholics have "an important duty: to accompany our brothers and sisters in China."

"Had Abraham demanded ideal social and political conditions before leaving his land, perhaps he would never have set out," the pope wrote, "It was not historical changes that made him put his trust in God; rather, it was his pure faith that brought about a change in history."

Christianity is growing quickly in China. According to The Atlantic, if it continues to spread at its current rate, in a few years there will be more Christians in China than in any other country in the world. The Atlantic reports, "The Vatican seems desperate to beat Protestantism in the race for Chinese souls."

But so far, Protestantism is far outpacing Roman Catholicism in attracting new followers in the country. There are an estimated 60 million Christians in China, and about 10 million of those are Catholic, according to The New York Times.

Over the last few years, China has launched a widespread crackdown on Christianity, demolishing hundreds of churches, and evicting congregations. The measures are seen by some as an effort to gain control over the rapid spread of religion.