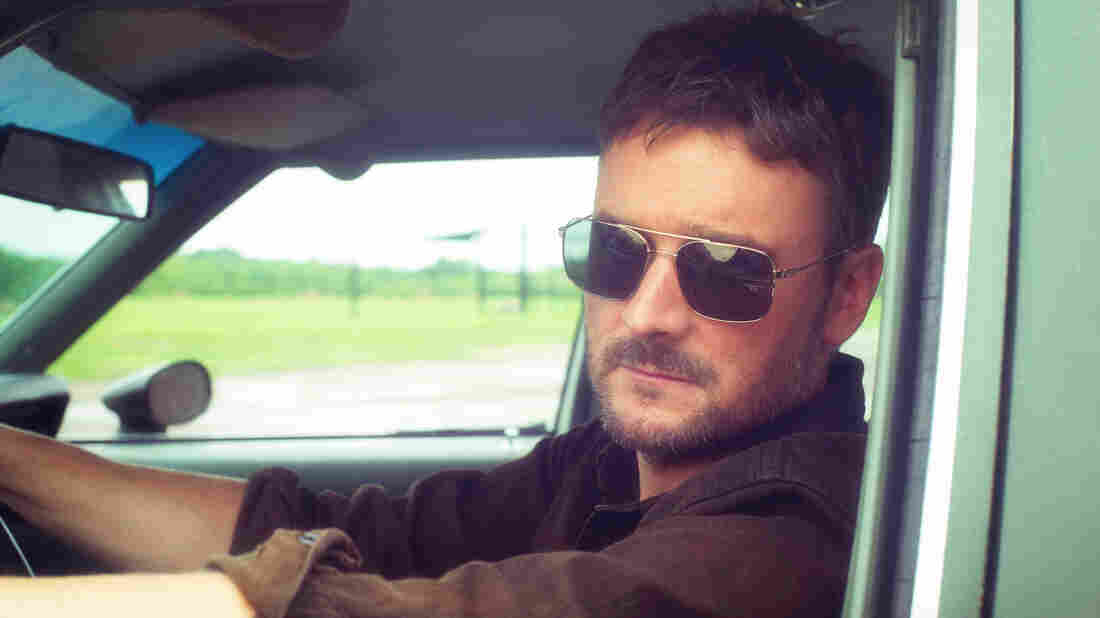 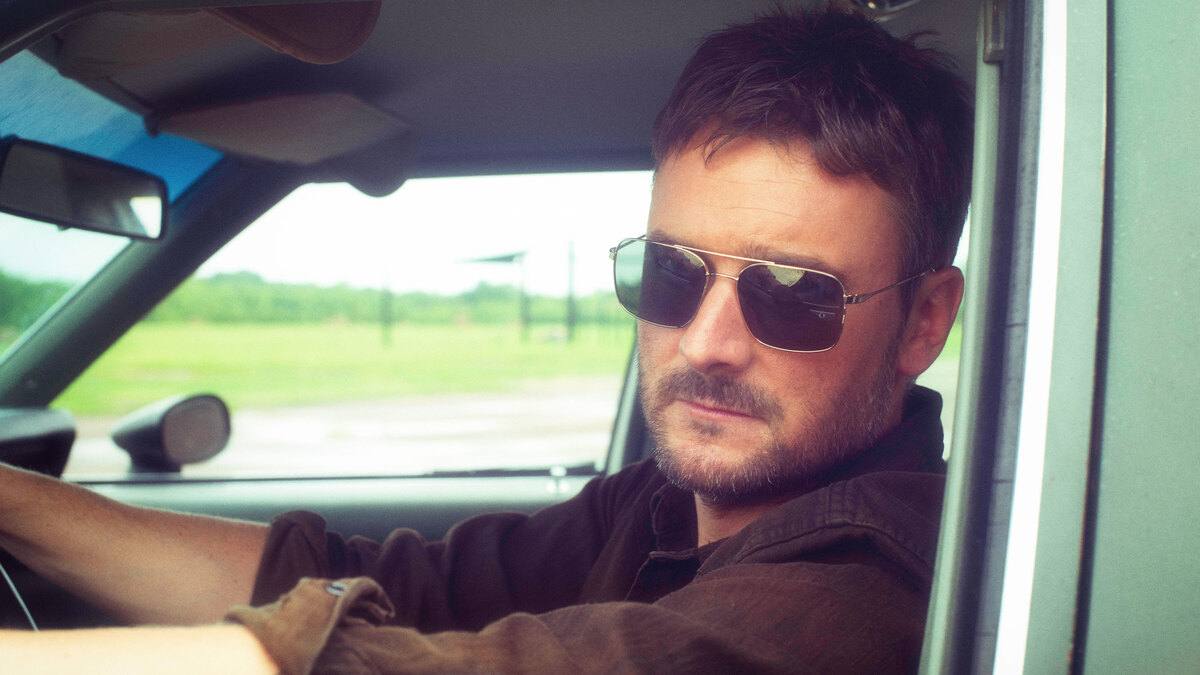 Note: NPR's First Listen audio comes down after the album is released. You can listen via the streaming embeds below.

Country music is a genre whose stars tend to grasp the importance of maintaining their fans' trust. Even so, few country luminaries can match the shrewdness and dedication with which Eric Church has cultivated his fans' belief in him. Over the past dozen years, he's fleshed out a heroic image alongside a meaty catalog, inextricably entwining the two. He's the lone artist in his field giving away special vinyl editions of his albums to paying fan club members, a gesture of generosity that reinforces his diehard followers' feelings that they're in on something special. In the video for the title track of his new album Desperate Man, he dramatized the giveaways as Robin Hood-like circumvention of his record label's authority.

A recent Rolling Stone cover profile of Church, and the response to it, further illuminated his relationship with his listeners. The headline seized on level-headed statements he'd made about the appeal of Bernie Sanders and how the mass murderer who gunned down scores of fans at a Las Vegas country festival that Church headlined last year shouldn't have been able to amass such an arsenal of high-powered weaponry. Riled-up commenters lit into him on social media, but they seemed outnumbered by fans who proclaimed him brave for speaking his mind, regardless of whether or not they shared his opinions, and argued that the meaning of Church fandom is a mutual exchange of loyalty with an artist who's unafraid to ruffle feathers. "One of the things I have always loved about you," wrote one Facebook user, "is you are your own man and don't follow what others dictate." 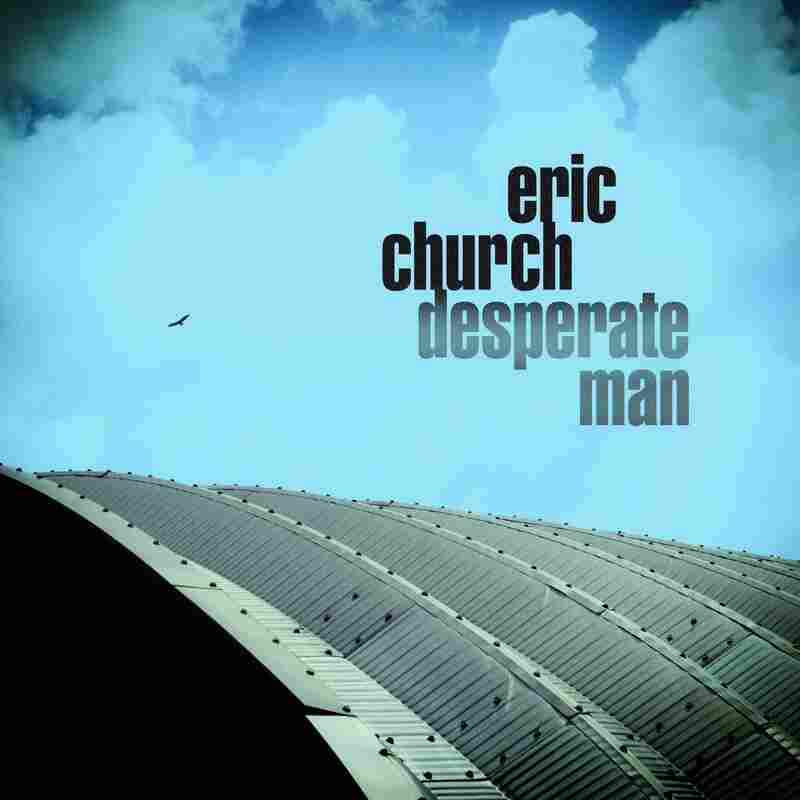 No less significant was the article's revelation that powering through two sets a night without an opener throughout 2017's Holdin' My Own Tour wreaked havoc on Church's body and brought on a life-threatening blood clot that required emergency surgery last year. Enough time had passed that he recounted the tale to his interviewer from the perspective of a resilient survivor. His toughness inspired admiration. If he'd made his ordeal public immediately afterward, it might've engendered sympathy instead. It wasn't lost on fans that this was a narrative of self-sacrifice. As one put it in a Facebook comment, "He almost kill[ed] himself on this tour for all of us."

On Desperate Man, Church embodies his heroic image even more completely and convincingly than he has on the five albums that came before it. In the past, he's made sinewy, stirring music with his trusted touring band and super producer Jay Joyce. They're all still part of the equation, but Church's latest performances feel a little more like white-knuckled assertions of individual grit. He doesn't rely so much on the players' muscle to power the tracks — the default mode of any country act looking to rock arenas —but often takes the lead like a freewheeling solo performer would, his slyly virile singing and terse, leathery guitar playing exposed out front, creating its own capricious ebb and flow.

Church kicks off "Higher Wire" by bending a string to produce a fretful-sounding vibrato, then brusquely strumming through descending, dissonant chords, before settling into a prickly guitar figure. Vocally, he strains at the upper end of his range, telegraphing the physical effort and risk involved. Reverb-melted doo-wop harmonies, eerily simmering organ and a gangly drum groove sneak in behind him, drop out, then sneak back in again, mirroring his shifting levels of intensity. The sparse, 3/4-time soul number "Heart Like a Wheel" begins with Church walking bluesy arpeggios down the scale. Then he introduces the song's furtive, fluent melody on guitar, gingerly accompanied by a lurching groove and wayward keyboard flourishes, and sings in breezy unison with his licks. His subject is lasting partnership, the flexibility and steadiness required for two very different people to fit their lives together. As his pledges of perseverance grow more fierce, the gospely vibrato of his longtime backing vocalist Joanna Cotton lend them sanctified heat.

Church has outfitted his entire oeuvre with a moral compass. He's always been drawn to depicting the true-blue character of underdogs. In his lyrics, they tend to share certain traits: steadfastness, rugged sentimentality and a stubborn defiance of all forms of power and greed. In the wake of an event as traumatic as his fans being massacred at a festival, something he's been processing since —not to mention the violent degradation of national discourse as a whole — his impulse to separate out the trustworthy from the untrustworthy seems all the more urgent. "Everybody wants me to think like they do, put my faith in something new," he sings in a slippery drawl during "Solid." He squares off his phrasing to deliver the next line with gravity: "But this old school, it's tried and true and solid."

The beastly figures that appear in "The Snake" and "Monsters" are just the opposite. Church spends the more than a minute long intro of the former song playing uneasy fingerstyle blues in rapt solitude. He relishes the role of sinister storyteller, hissing the verses with dramatic solemnity, but he switches to singing when he reaches the chorus's serpent-in-the-garden-conjuring condemnations of abusers of political authority:

Rattlesnake, copperhead
Either one of them, kill you dead
We stay hungry, they get fed
And don't pass the plate around
Lie by lie, cheat by cheat
Venom in smiling teeth
They just run, those forked tongues
And the whole world's burning down

In "Monsters," he sings of overcoming the childhood fear of creatures beneath the bed only to find that adult reality has monsters of its own. The metaphors Church employs are broad enough to encapsulate an array of evils his listeners may imagine confronting.

Far from peddling escapism, both the boogie rock number "Desperate Man" and the contemplative album closer "Drowning Man" are written from the perspectives of people shouldering hefty loads. Church starts the latter song by faintly plucking his guitar and murmuring a rebuke of blinkered privilege: "Don't tell me about no beach / Don't want to hear about your mountain / How the good life is a peach / You drink your sunsets from a fountain." His delivery grows more emphatic as his disgust escalates: "No, I don't want to think about it / Save your breath; I don't want to hear about it." After rejecting the American dream as ringing false for many people, his protagonist seeks respite in a barroom among hard-working folks who share his profound sense of disappointment. It's a fitting conclusion to a song cycle whose compelling spirit of self-determination is bound to make listeners feel less alone.