Accessibility links
Review: In 'All About Nina' A Stand-Up Comic Cleans Up Her Life, If Not Her Act Mary Elizabeth Winstead's bracingly mercurial performance drives this film about a New York stand-up who moves to Los Angeles for her career — and to sort out her private life. 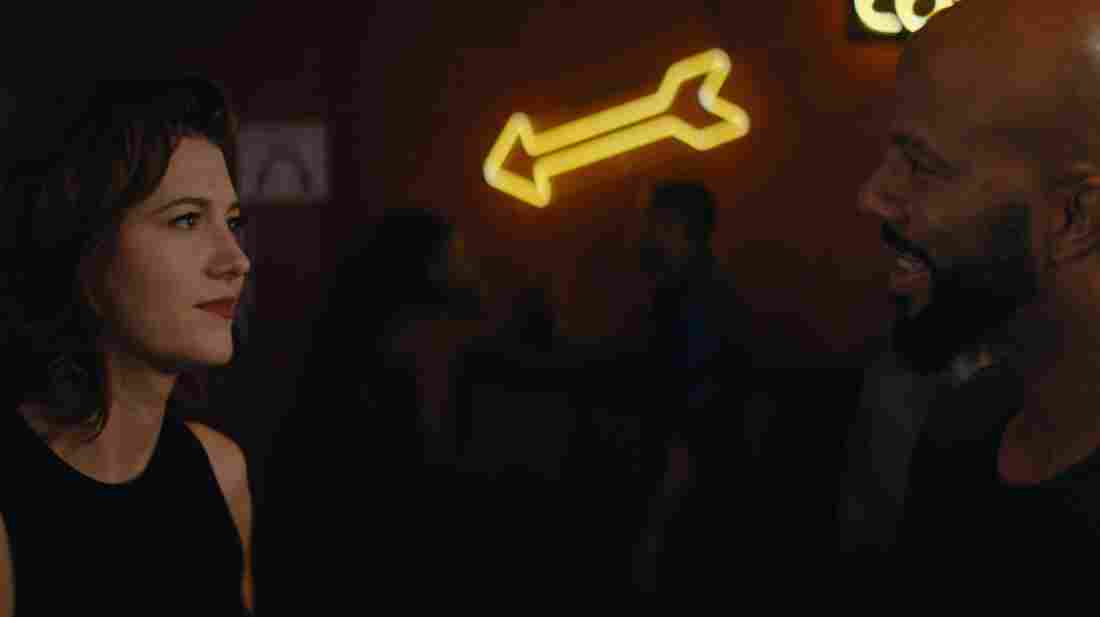 Mary Elizabeth Winstead plays a stand-up comic in a film that's all about her life, and her act (and Common), in All About Nina. Thomas Scott Stanton/The Orchard hide caption 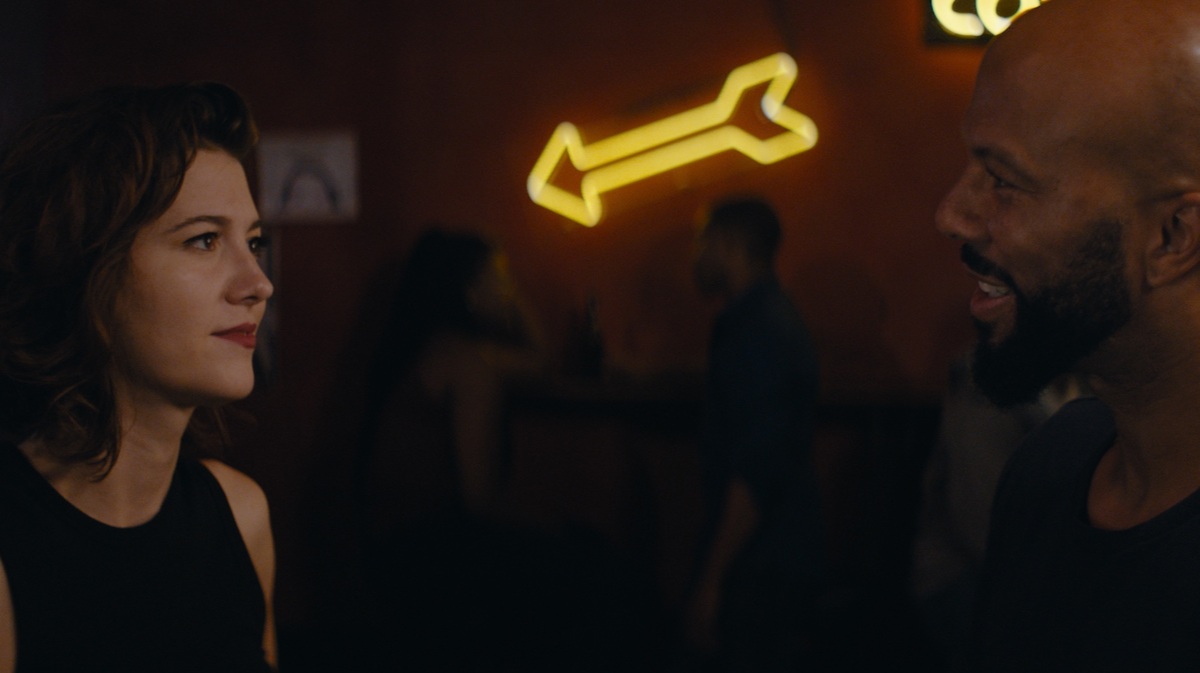 Mary Elizabeth Winstead plays a stand-up comic in a film that's all about her life, and her act (and Common), in All About Nina.

Like many in the stand-up world, Nina Geld (Mary Elizabeth Winstead), a comedian whom we meet working the edgier comedy clubs of New York City, is angry. When she's not riffing on menstrual blood and other female troubles nobody else wants to talk about, her potty-mouthed monologues are studded with the case against men, which earns her appreciative laughs from young audiences both male and female. Nina is poised, articulate, funny and unsparing — none of which prevents her from throwing up after every performance. Or from carrying on an affair with Joe (Chase Crawford), a married cop whose fists fly with or without provocation.

The fact that Joe is the only man she's ever allowed to be with her more than once is rooted in Nina's torn-from-the-headlines past. Yet All About Nina, written and directed by Spanish-born, New York-based Eva Vives, wears it topicality lightly. We live in the moment with Nina not because she doesn't understand the history that's burning her up, but because she suppresses it in order to stay upright and function. Also, not incidentally, because she loves her work and she's ambitious enough to move to Los Angeles to audition for the television show Comedy Prime.

Angelenos, myself included, may sigh and wish that, just for once in a film made by a New Yorker, a transplant to L.A. isn't immediately made to shack up with a wacky New-Ager who makes strangely-colored juices in a blender and ropes her into attending a fundraiser for stray cats. Mercifully, Vives is a sharp writer who knows how to flesh out character, and the Mexican actress Kate del Castillo, who projects wit and warmth as Nina's hippie host, Lake, has excellent comic timing.

Lake also has a briskly no-nonsense way with her houseguest's gift for self-sabotage, and she's not the only new friend who stands ready to help Nina loosen her tightly controlled grip on her unprocessed fury. But the movie is carried by Winstead's mesmerizingly mercurial performance, and not just because she does pitch-perfect impressions of, among others, Kristen Stewart and Werner Herzog. Her Nina burns with ambition and she's incandescent with rage, but she's also terrified and paralyzed by anxiety and fear.

A Look Ahead To Movies Coming Out This Fall

All About Nina is far from the first movie to be set on the comedy club circuit. But it's one of only a few (1968's Funny Girl, 1988's Punchline, and Gillian Robespierre's 2014 Obvious Child, among others) to focus on female comedians. There's richer world-building here though, and the movie has some wonderfully raucous scenes featuring real-life women stand-ups and a really funny cameo by the British-Japanese actress Sonoyo Mizuno as a disgruntled ex of Nina's promising new squeeze.

Like Obvious Child, All About Nina insists on women's right to unfiltered anger, to profanity and a filthy mind, to sexual desire outside of a committed relationship. Like Robespierre's movie, though, Vives packages the raunch and the rage in a traditional (if nonchalantly cross-racial) romance that feels both satisfying and a touch glib. Until she meets Rafe (rap artist Common), a building contractor with a velvet voice and a checkered past of his own, Nina has muddled through on the assumption that men exist only as sexual predators on whom she must turn the tables and dismiss.

Unlike Nina, Rafe has parlayed his troubles into hard-won decency and a willingness to go slow in early dating, none of which detracts from the movie's frank carnality or the challenging fact that, with Rafe as with any other man she's known, Nina is the sexual aggressor. Obstacles will come, and a crisis point that leads to a new monologue in Nina's repertoire and a dose of truth-telling that, even in edgy indies, sets troubled lovers free at the 90-minute mark. Yet to Vives' credit, Nina doesn't just walk off into a golden SoCal sunset with a sensitive male on her arm.

Enter, all too briefly, the great Beau Bridges as the big-time comedy impresario who assumes he holds Nina's future in his hands. But he hasn't truly reckoned with his potential client, who has cleaned up her life — not her act.