Accessibility links
Review: 'Murphy Brown' Is Back, Exactly As Ever Murphy Brown is back, and although it's good to see the unapologetically loudmouthed lead character again, it's not clear that the show is equipped to deal with 2018. 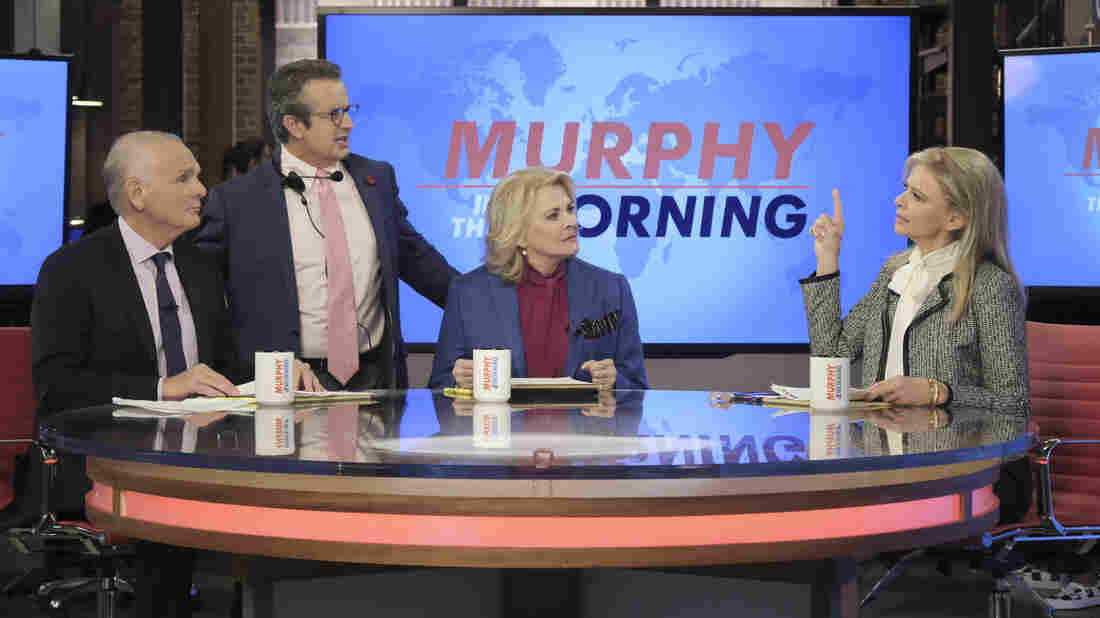 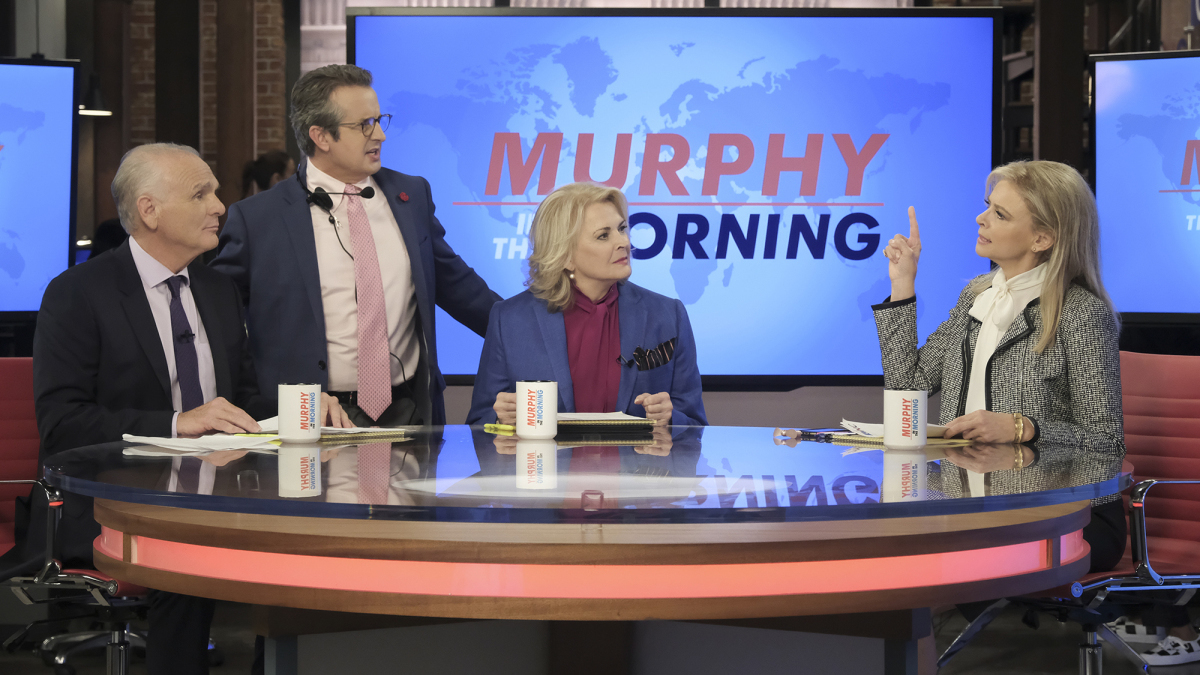 When Murphy Brown premiered in 1988, Murphy's personality, full as it was of stubbornness, ego, brilliance, defiance, independence and a lack of concern with being liked, was a revelation. Her existence, her very presence on television as a recovering alcoholic who had stopped drinking but had no desire to stop being what other people considered "difficult," was inspiring. She was confident, and she was loved. She was impolite, and she was great at her job. She was loud, and she was the hero.

Murphy never really softened. She was suspicious of her own emotions, even when she was pregnant. The reason watching her sing "Natural Woman" to her newborn son, Avery, was so special was that she never did this, she never gave in this much. She didn't instantly feel comfortable holding her own infant. In the episode "Birth 101," when he had just been born, lying in the hospital bed, she spoke quietly to him about her uncertainty. She warned that she wouldn't be like other mothers. She said she would make mistakes. "Are we bonding yet?" she asked nervously, uncomfortably. "I can't tell." Only then, after her friend Frank came in with a video camera and encouraged her to say something for posterity, did she sing to him. It might be Candice Bergen's finest hour in the role, because it showed something new in Murphy without compromising who she was.

The show ended in 1998, before TV antiheroes took off. It hibernated through the end of the Bill Clinton years, the George W. Bush years, the Barack Obama years and roughly the first two of the Donald Trump years. Now, it returns.

Most of the cast is intact. Bergen, of course, plus Joe Regalbuto as investigative reporter Frank Fontana, Faith Ford as onetime sweet young thing Corky Sherwood, Grant Shaud as Miles Silverberg, and — now recurring, since the actor is mostly retired, as is the character — Charles Kimbrough as stentorian anchorman Jim Dial. In present day, the show they all worked on together, FYI, is long gone, but Murphy, Frank and Corky, having become bored by being off the air and enraged by the 2016 election, have a new morning show on cable news — very much on the equivalent of CNN — and Miles is their producer. The new show, Murphy in the Morning, also has a young social media guy named Pat, played by Nik Dodani.

Murphy's son, that little baby she whisper-sang to, is now a grown-up man and also a TV journalist. Played by Jake McDorman (whom CBS tried to launch once before on the short-lived drama Limitless), Avery — named, you'll recall, after Murphy's mother — is anchoring the new morning show at the Wolf Network. And in case you're wondering what the Wolf Network is, you must remember that Murphy Brown always makes its fictional doubles of real-life characters and organizations as easy to interpret as possible. (When it created a character similar to MTV's Kennedy, her name was McGovern. Har har.) So yes, the Wolf Network is their equivalent of Fox News. This doesn't mean Murphy and her son are not politically aligned; Avery Brown is Wolf's resident liberal, apparently, and now he and his mother are in direct competition. 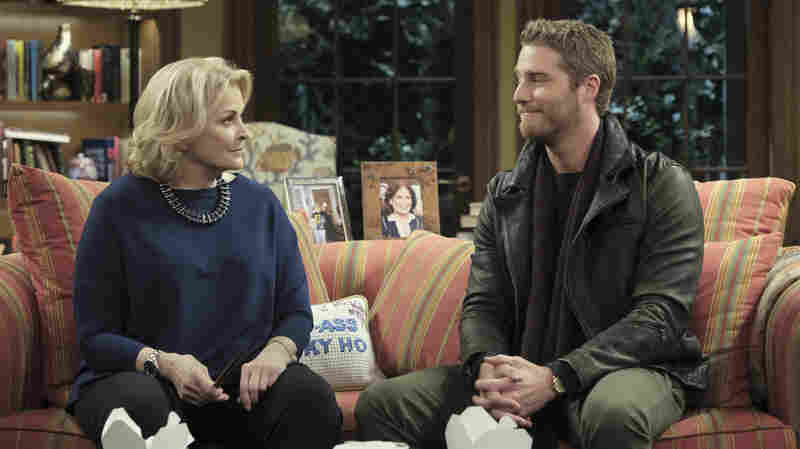 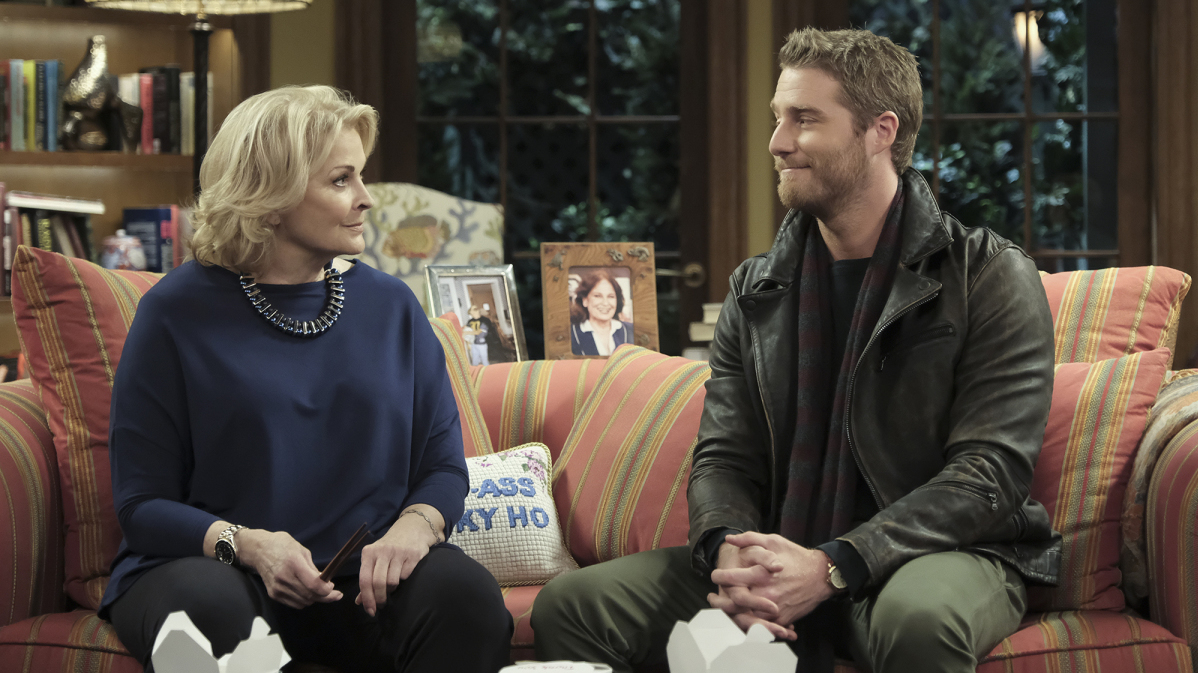 Much of what the new episodes (CBS released three to critics, including the premiere) are doing is what you would expect. Murphy despises the current president. She despises his press secretary and her briefings. In the third episode, she takes on a Steve Bannon-alike (her go-to insult has to do with his multiple shirts) and whether she should interview him. And the things she says about him — and eventually to him — are exactly the things you might expect Murphy to say. She tells him he is a dinosaur, that he and his kind are clinging to relevance as they see their influence diminishing. And in this fantasy, he is undone by the truth she unleashes; it takes only Murphy leveling her eyes at him and being as stubborn as she always was to make him squirm.

Similarly, it is Murphy who sneaks into a press briefing and brings it to a halt with her ... well, with her unique way, which you'll see. But in the screener of that episode I saw, there was a moment that made me uneasy.

The scene shows Sarah Sanders holding a briefing, so real video of her is interspersed with a scene they've shot involving actors playing reporters — Avery is there, as well. Murphy, who has sneaked into the briefing undercover, is waiting for a chance to jump in. Sanders (the real one) says "Fred," and we cut back to the actors, one of whom, one of the few black actors in the room, stands up (we are apparently to presume he's Fred). But before he can stand and ask his question, Murphy pushes him down into his seat. (The audience laughs.) She butts in. Sanders shuts her down, and then calls on an "April." We don't see April, but Murphy ignores whom Sanders called on, doesn't take no for an answer and keeps talking.

The "April" I know best from White House briefings — the one I suspect a lot of White House watchers know best — is April Ryan, who is also a black journalist.

Please, please, please don't misunderstand: I don't think this was intentional. I don't think they intentionally chose to have the implication hanging there that Murphy shut down April Ryan. In fact, I'm certain they didn't. I'm certain nobody thought about the impact of Murphy shoving a black reporter who had been called on back down into his seat so she could speak, followed by potentially pre-empting another one.

But the show is going to stumble badly if its vision of Murphy as the one journalist who speaks the truth either (1) discounts the many real journalists who have worked so hard in the past several years, implying that all it would take to change politics is one brave reporter, or (2) discounts how important it is for journalists like Murphy — experienced, well-off, white journalists — to listen as well as talk. The early episodes don't suggest this humility. They don't seem to have learned that the world has not changed in the ways that Murphy most dislikes only because of the absence of journalists like her, but also because of the limitations of journalists like her. The show is not yet challenging its long-standing position that one stern talking-to — some civil straight talk, if you will — is what it takes to change politics and unmake reputations you feel have been unjustly earned.

Creator Diane English, who is still the leader of this project, knows exactly who Murphy is, and seeing the character again with her spirit intact is fun. But the show almost asks to live and die by its capacity to speak to what we might call Our Current Moment. Not only our current moment in politics, but our current moment in journalism. And while there's a lot of potential for it to speak to those things in ways that will genuinely be welcome, it's not happening quite yet.