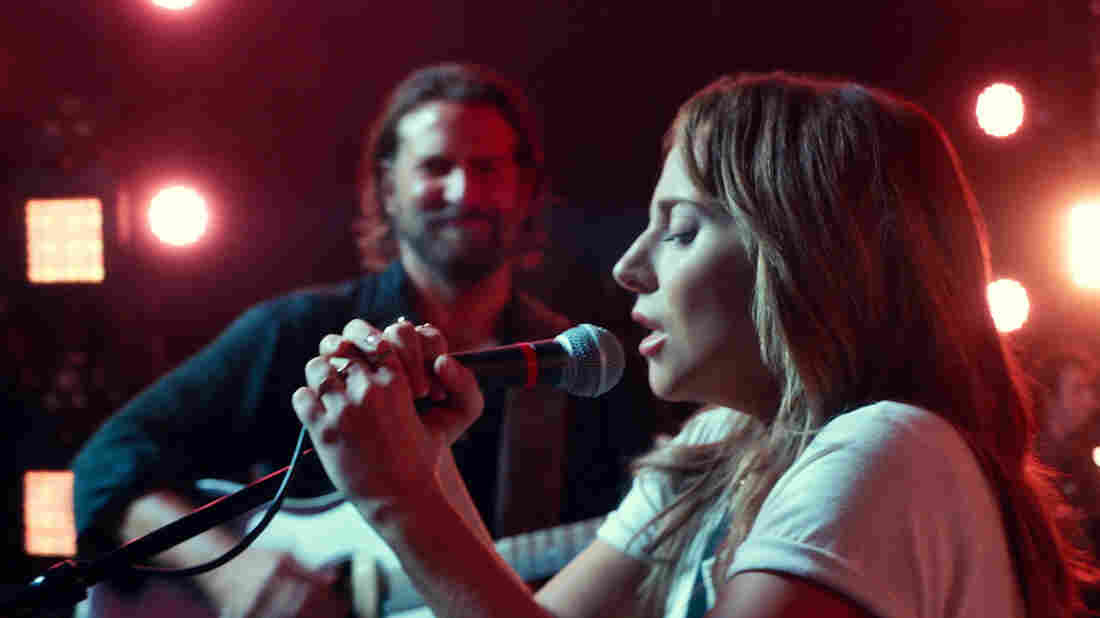 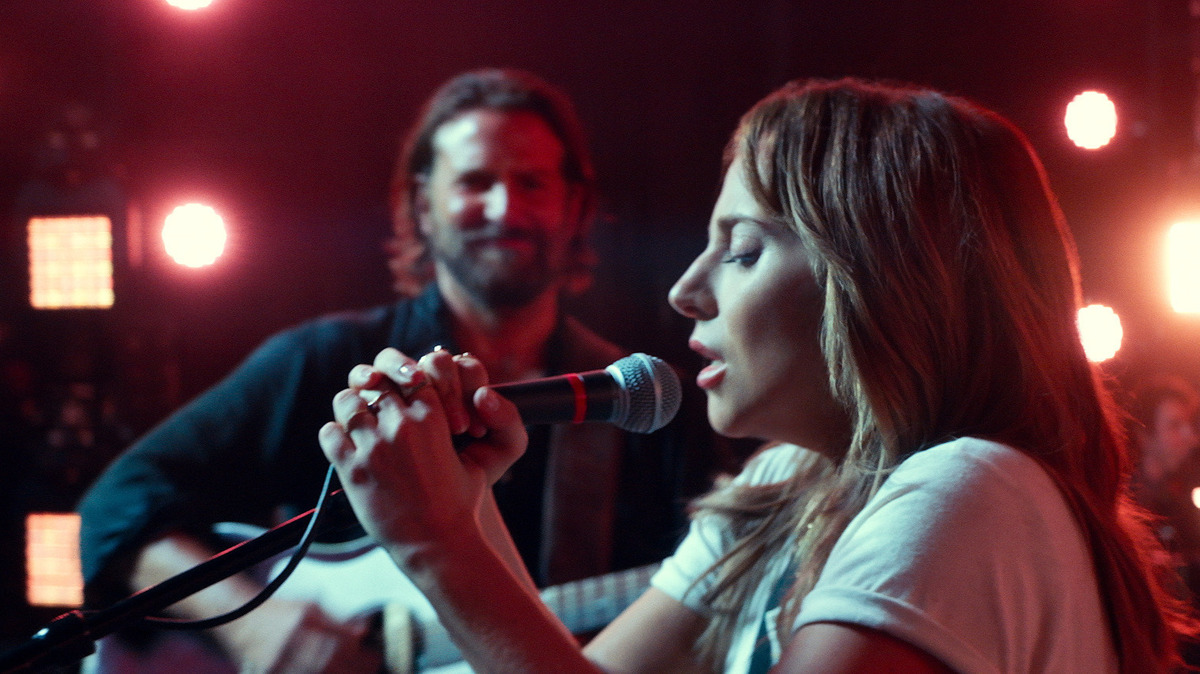 Lady Gaga plays Ally in A Star Is Born alongside Bradley Cooper.

Lady Gaga's constant reinvention has never felt arch; instead, it takes frequent detours off pop music's highway. "I feel like my whole career is a tribute to David Bowie," she told NPR's Michel Martin in 2016, to acknowledge her shape-shifting inspiration. Her characters have permeated music, but in a new version of the film A Star Is Born, she plays Ally, an unknown singer-songwriter who meets Jackson Maine (Bradley Cooper). He wants to make her a star — yet another character for Gaga to inhabit while re-orbiting her own music.

Both the movie and the soundtrack come out Oct. 5, but until today, we'd yet to hear any of the songs, which promise to span styles. Now we have the first single, the slow-burning power ballad "Shallow."

Country music was a texture in Lady Gaga's 2016 album Joanne. But as NPR Music's Ann Powers put it in her review, country music is "a genre sometimes strangled by authenticity myths," which sets the stage for exactly the kind of "definitions-busting" that Gaga favors.

"Shallow" sets the stage for a quiet, reflective country croon, the recording opting to keep in audience noise and their rapturous response. Bradley Cooper, with a sweet and amiable set of pipes, trades verses with Gaga about finding more, wanting more out of life and lovers. But then Gaga's theater kid comes roaring in at the chorus: "I'm off the deep end, watch as I dive in / I'll never meet the ground," growling the last word as if every rejection, every ex, every barrier embodies it. Beyond the shallow end of life, they embrace the deep.