Accessibility links
'We Had To Do It Ourselves': Joan Jett Looks Back On Being A Conduit For Women In Rock Joan Jett shredded her way through rock and roll's glass ceiling from the 1970s on. Jett and longtime producer Kenny Laguna talk about leaving a rock legacy and the new documentary Bad Reputation. 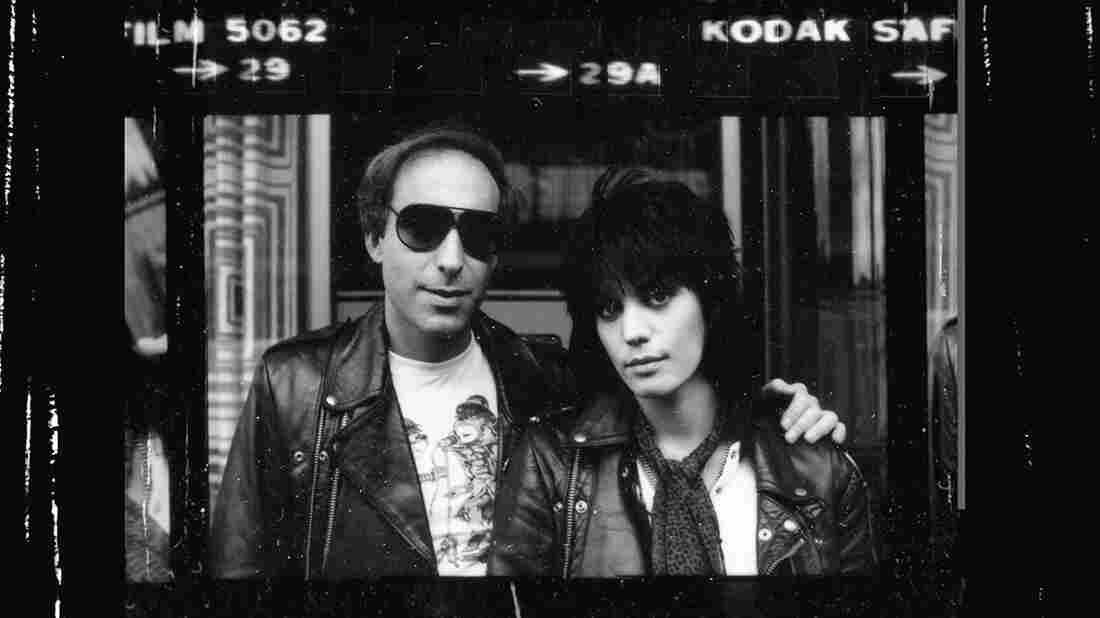 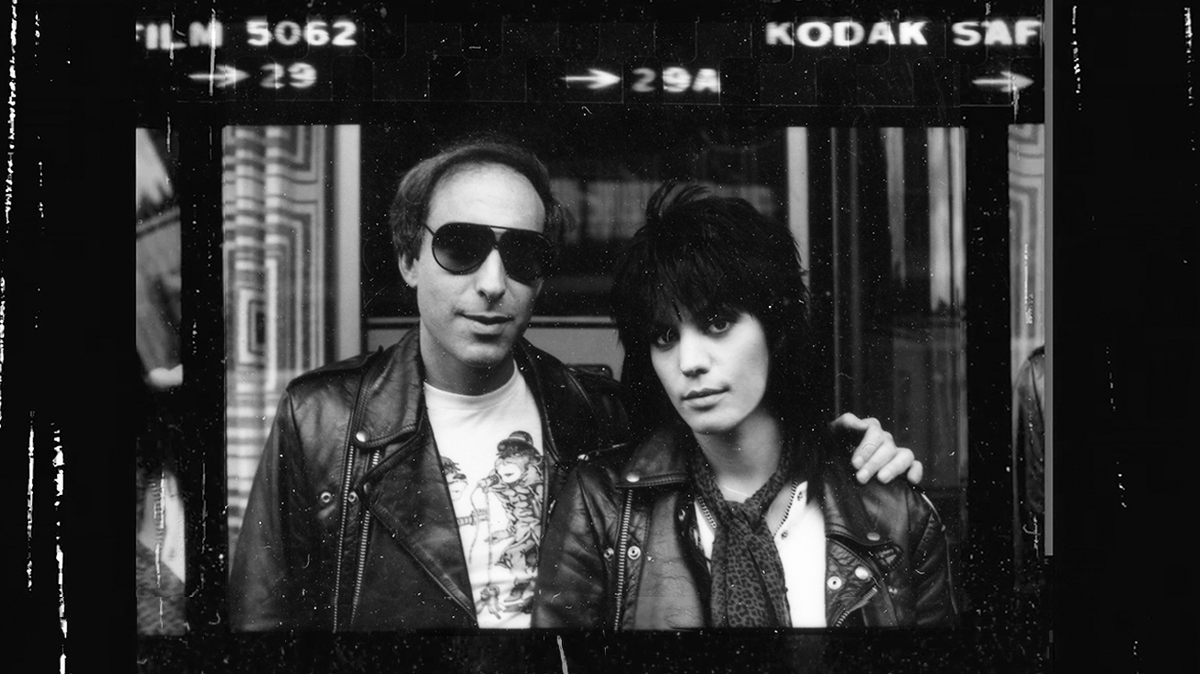 Kenny Laguna and Joan Jett in a still from Bad Reputation.

Growing up, Joan Marie Larkin had big dreams. She considered becoming an archaeologist or an astronaut, and she wasn't going to let society tell her what a girl could or couldn't do. She eventually turned to music and went on to be one of the most celebrated women in rock: Joan Jett. Bad Reputation, a new documentary out now, traces her hard-fought rise to rock and roll fame.

Jett's story starts with a Christmas gift. At 13, she asked her parents specifically for an electric guitar and not an acoustic one. "I wanted to make those loud noises that I heard on the radio," she says. Her parents gave her a Sears Silvertone guitar and she promptly enrolled in guitar lessons. An early guitar teacher inspired her in a way he may not have intended.

That response from her teacher only compelled Jett to rock harder. As a teenager, she formed an all-girl band called The Runaways. In the late 1970s, people either didn't know what to think of it or thought some pretty vile things.

"There were people right from the total, very beginning that were taking shots and being very nasty," she says. At some points, Jett had bottles and other heavy objects thrown at her while performing at shows. But Jett recalls that when The Runaways performed abroad in places like Japan, there was a stark contrast in the fanfare of the crowd. In 1977, she remembers, thousands of girls showed up to the band's shows and even rocked cars she was in.

"Women were looked at, as they are, I guess, around the world, as sort of second-class citizens and so the girls were responding to what they perceived as our power, I suppose," Jett says.

Joan Jett Gets A 'Fresh Start'

The Runaways officially disbanded in 1979 owing to creative differences, and Jett went into a dark place. "It felt like defeat," she says. "It was gut-wrenching for me because The Runaways was my baby."

She contemplated leaving music altogether and joining the military. That is, until she met Kenny Laguna, a songwriter and producer. "She had the look and then I heard her sing," Laguna says, recalling the first time he met Jett. "It was just rock and roll, it was pure rock and roll."

Once she started to work with Laguna, Jett's audience grew. With Laguna's help, Jett formed another band, The Blackhearts, and recorded a debut album which they released independently. The band initially sold records out of the trunks of their cars after concerts.

"We wanted to be on a major label but we just ... nobody wanted us. So we had to do it ourselves if we wanted to put our record out and we did it," Jett says.

Eventually, the band was signed, and in 1981, Jett released a second album that included a cover of the Arrows' song "I Love Rock 'n' Roll" which catapulted to the top of the charts. In 1982, the song peaked at No. 1 on the Billboard Hot 100 and stayed there for seven weeks.

Nearly four decades later, Jett's rock legacy has been solidified. Now 60, Jett still performs and says she loves connecting to the audience and watching how deeply the music reaches people.

"It's difficult to talk about 'cause I feel like I'm giving myself these credits that don't really go to me. It's kind of a universe thing. I'm just a conduit, you know?" Jett says.

"A pretty good one," Laguna adds.

Bad Reputation is out now in theaters, On Demand, on iTunes and on Amazon Prime Video.

In an earlier Web version of this story, we made a mistake about the timing of The Blackhearts' first record deal. The band independently released its debut album and sold it out of the band members' cars at concerts. Then, as The Blackhearts gained popularity, the band signed with Boardwalk records and recorded a follow-up album that rose to No. 1 on the Billboard Hot 100. It was not without a record deal at the time that "I Love Rock 'n' Roll" reached No. 1, as previously reported.