Accessibility links
Should We Teach About Consent In K-12? Brett Kavanaugh's Home State Says Yes More states are requiring that children learn about consent and healthy relationships, and students themselves are among those pushing for change. 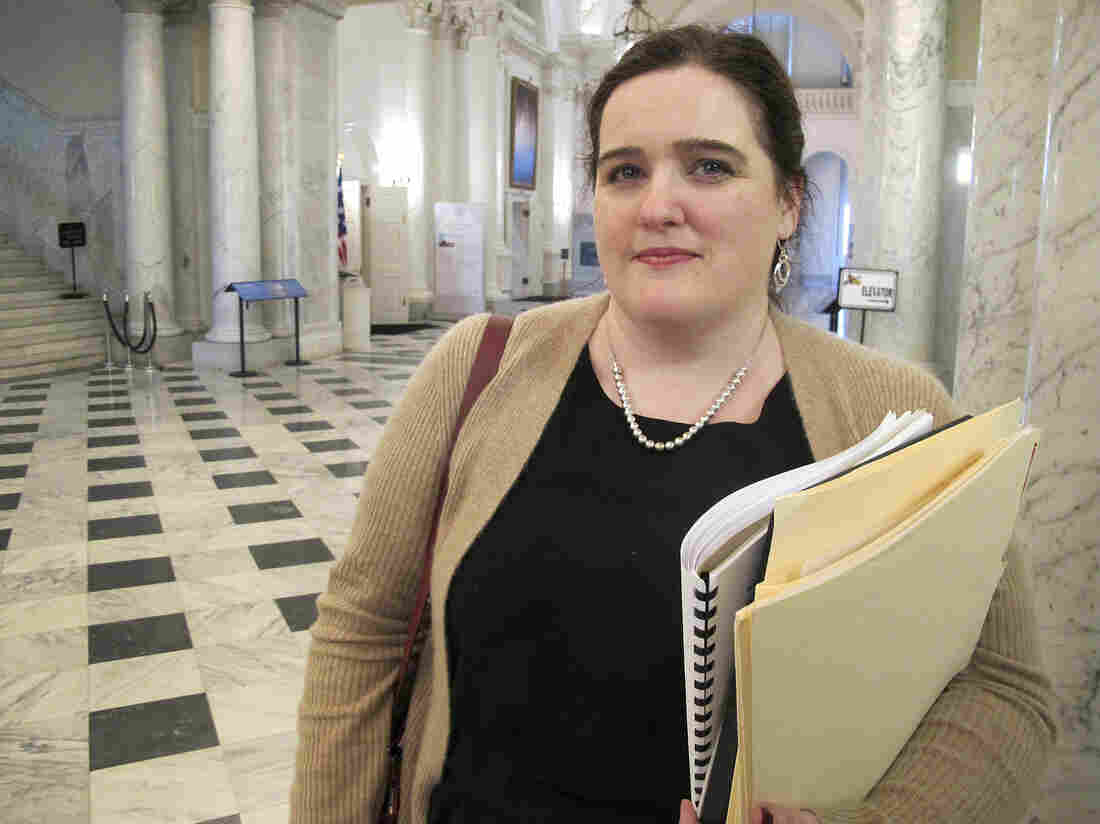 Del. Ariana Kelly stands outside the Maryland House of Delegates in Annapolis, Md. She introduced a new state law to require that consent be taught in sex ed classes. Brian Witte/AP hide caption 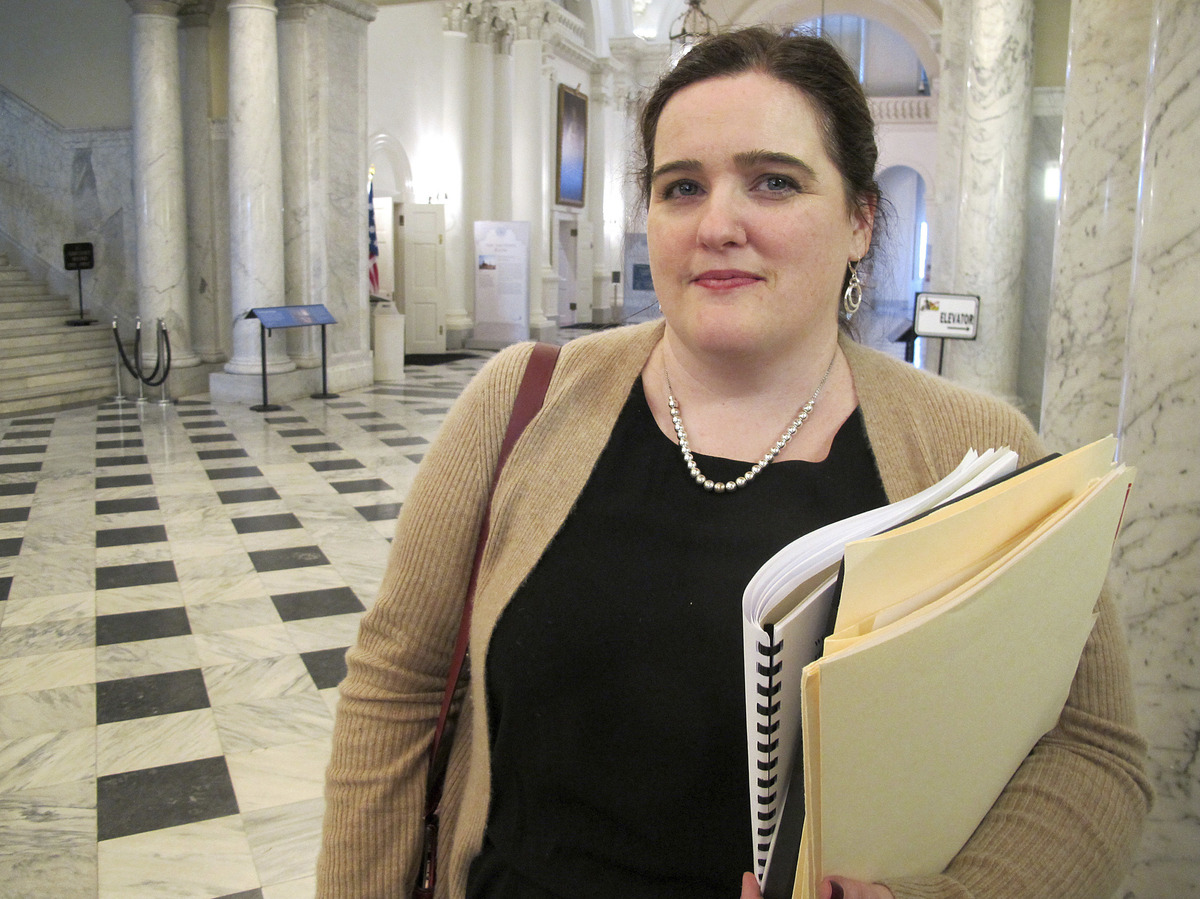 Del. Ariana Kelly stands outside the Maryland House of Delegates in Annapolis, Md. She introduced a new state law to require that consent be taught in sex ed classes.

When the Access Hollywood tape of Donald Trump, along with sexual assault stories involving Brock Turner and Bill Cosby, hit the news back in 2016, a middle school student in Maryland named Maeve Sanford-Kelly was listening.

"I was frankly really distraught," she recalls. "I felt powerless. I assumed that this was what happened, that sexual harassment and sexual assault was a thing in our society and it wasn't going to change because it was part of the power structure."

Her mother had an idea that might help. Ariana Kelly, a Democrat, is a delegate in the Maryland state legislature, and she introduced a bill that would require the state to include consent in sex ed classes. Maeve and her friends, as well as student groups across the state, campaigned and testified for the bill.

It defines consent as "the unambiguous and voluntary agreement between all participants in each physical act within the course of interpersonal relationships."

Before they turn 18, about 8 percent of girls and 0.7 percent of boys experience rape or attempted rape, according to the Centers for Disease Control and Prevention. In the majority of these reported cases, the CDC says, the perpetrator is a peer: either an acquaintance or a current or former intimate partner.

And yet few schools across the country are required to teach about consent or healthy relationships in sex ed classes.

Currently, according to a report in May by the Center for American Progress, under a dozen states mention the terms "healthy relationships," "sexual assault" or "consent" in their sex education programs.

But with the #MeToo movement, that might be changing. Since the beginning of 2018, five states besides Maryland have introduced bills to require the teaching of consent in sex ed.

Amy Tiemann is a neuroscientist and educator and co-author of a new book on child safety, Doing Right By Our Kids. She works with KidPower, a child safety education group. She says the message of respect for others and your own body can be made simple and empowering even for young children.

In KidPower's training and materials, Tiemann adds, they emphasize a few key messages:

Alan Berkowitz is a psychologist and expert on sexual assault prevention. He said that one approach to consent education, backed by a lot of research, is to use positive social norms.

"One of the most powerful ways of encouraging young people to make healthy decisions is to know the truth about their friends, because in fact most of their friends are healthy."

He says that, for example, "Boys may think their friends enjoy hearing about sexual exploits and talking about girls and women's bodies," but research shows, in most peer groups, a silent majority disapproves and is uncomfortable. For that reason, he says, effective consent education also focuses on the role of bystanders in speaking up.

Kelly's bill failed the first time it was submitted. Similar bills have faltered recently in Massachusetts, Mississippi, Utah, and Virginia, with opposing voices, both Democrats and Republicans, arguing that explaining consent is tantamount to condoning sex, while others say the topic should be the province of families, not schools.

But the Maryland law passed on a second try. Schools in Montgomery County, where Maeve is now in ninth grade, are now using resources like a viral video that compares consent to a cup of tea.

Maeve and her mother Ariana Kelly both see reasons to hope for change in this generation — not just because of what teachers will be teaching, but what students themselves are saying. Kelly says she's found it especially heartwarming to see teenage boys speak up "passionately" about this issue.

Teenagers like Matt Post, who at age 16 campaigned for the bill, and recruited friends to do so as well. "Guys cannot relegate themselves to the sidelines on this issue," he says. "Ending misogyny starts with us."

Today, Post is a first-year at Yale University, Judge Brett Kavanaugh's alma mater — a place that's been under the microscope recently for the behavior of its male students. He says that while things seem to have improved somewhat from decades ago, what he calls rape culture is still around, and many of his peers have gaps in their understanding of healthy relationships.

He hopes more education, starting as young as kindergarten, can help.

So does Maeve Sanford-Kelly. Sexual assault is once again in the news, and it hits her close to home, with the Kavanaugh allegations set in suburban Maryland. She's seen many friends posting on social media about affirmative consent and with messages of support for survivors.

"It brings me joy to see that all of the kids who are my age, even the ones who could be seen as comparable to [Kavanaugh], go to the same schools, living in the same environment, are different. And I think that is positive change that we have seen."