Accessibility links
Buffy Sainte-Marie's Authorized Biography Serves As A 'Map Of Hope' The award-winning native Canadian singer-songwriter and social activist looks back on a life of music, milestones and empowerment. 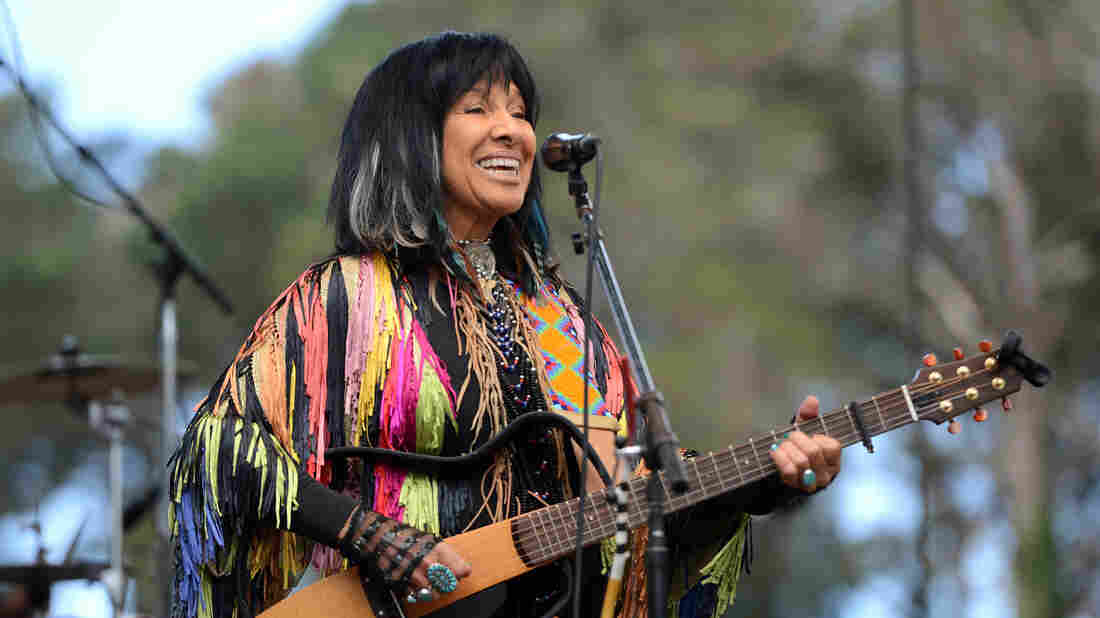 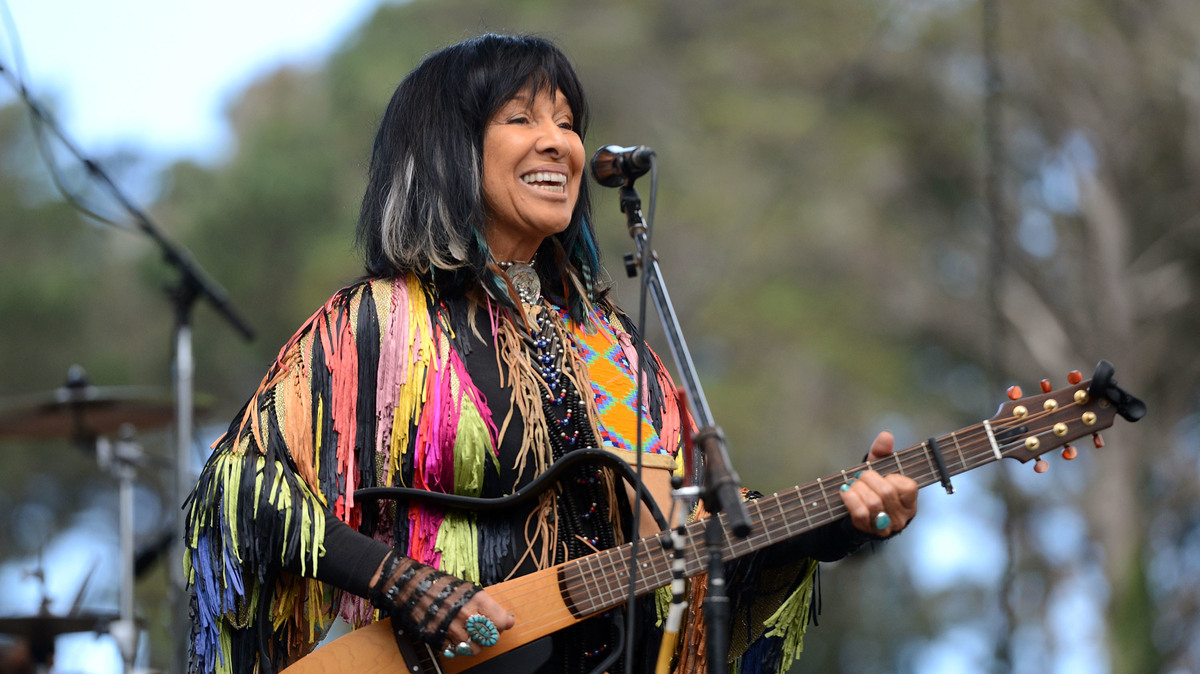 Buffy Sainte-Marie, native Canadian singer-songwriter, social activist and member of the Cree First Nation, is now in her 70s and has co-authored the first and only authorized biography that tells her story — a story of a woman whose career has stretched from the coffeehouses of Toronto and Greenwich Village in the early 1960s to concert halls around the world. Buffy Sainte-Marie: The Authorized Biography is co-authored with Andrea Warner. 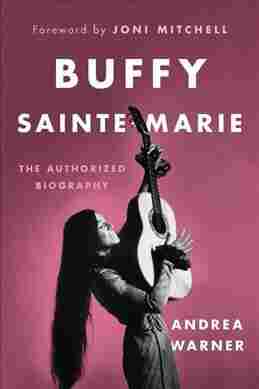 by Andrea Warner and Joni Mitchell

Sainte-Marie was born on a reserve in the Qu'Appelle Valley of Saskatchewan, Canada, but later taken from her indigenous family to be adopted by a family in Massachusetts.

"It had been going on for generations where native children were removed from the home," Sainte-Marie says. "What happens to children who are kind of lost in the system like that, they're assigned a birthday, they're assigned kind of a biography. So in many cases, adopted people don't really know what the true story is."

But although she doesn't know her exact birthday, she does know she didn't have a choice when it came to finding music."I didn't play Barbies and I didn't play sports, but when I saw a piano and I figured out what it could do, I taught myself how to play and I never got up," she says with a laugh.

Sainte-Marie survived an abusive childhood and attended University of Massachusetts Amherst where she continued to hone her love of music. In 1963 at Toronto's Purple Onion Coffeehouse, Sainte-Marie wrote the poignant protest song "Universal Soldier" in response to the Vietnam War. It later became the lead single to her 1964 debut album It's My Way!

From then, Sainte-Marie rose to prominence. She was mentioned in the same company as Neil Young and Joni Mitchell, but she made a different career choice. As biographer Warner explains, Sainte-Marie discusses in the book how she wasn't looking for the trifecta of fame, money and sex that a lot of other musicians do.

"She had different dreams," Warner says. "She had this goal of bringing truth to her music [and] talking about indigenous realities. It really stuck with me that her dreams weren't coming true and that's how she's continued to advocate and resist and write these songs that have so much power, so much meaning and so much capacity to change the world."

And while Sainte-Marie was releasing her own songs of protest and social justice, she was also writing music for others. In 1982, her co-writing credit on the song "Up Where We Belong" from the feature film An Officer and a Gentleman, earned Sainte-Marie both an Academy Award and a Golden Globe in the category of Best Original Song. "I'm the only native person ever to win an Oscar," Sainte-Marie says.

Sainte-Marie still releases music, her most recent album being 2017's Medicine Songs. Looking back on her career, Sainte-Marie sees her impact as one of overall empowerment, not just protest music. Warner sees Sainte-Marie's early music as an anchor into the '60s, but argues that her new music has a contemporary context that makes it even more important.

"Buffy has sort of mapped a lot of her life experiences through her songs," Warner says. "She's given us an incredible map for hope."