Accessibility links
'It Never Existed Before': M.I.A. On Changing Pop And Documenting Her Story 'MATANGI/ MAYA/ M.I.A.' is a new documentary about musician and activist M.I.A. She joins NPR's Lulu Garcia-Navarro to talk about the film and what it's like for women who speak out. 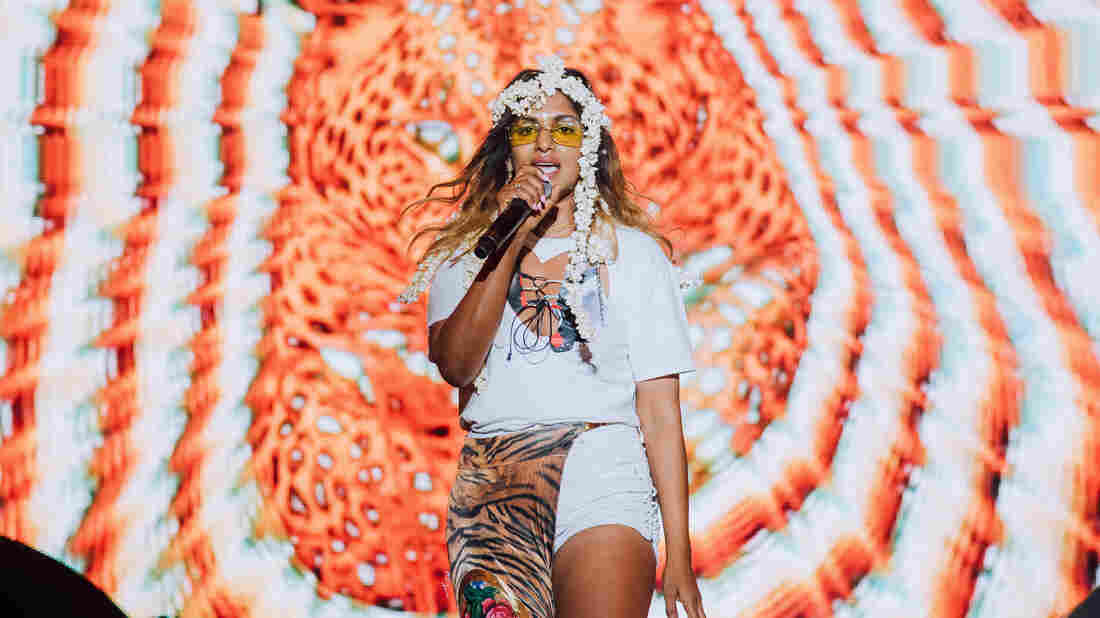 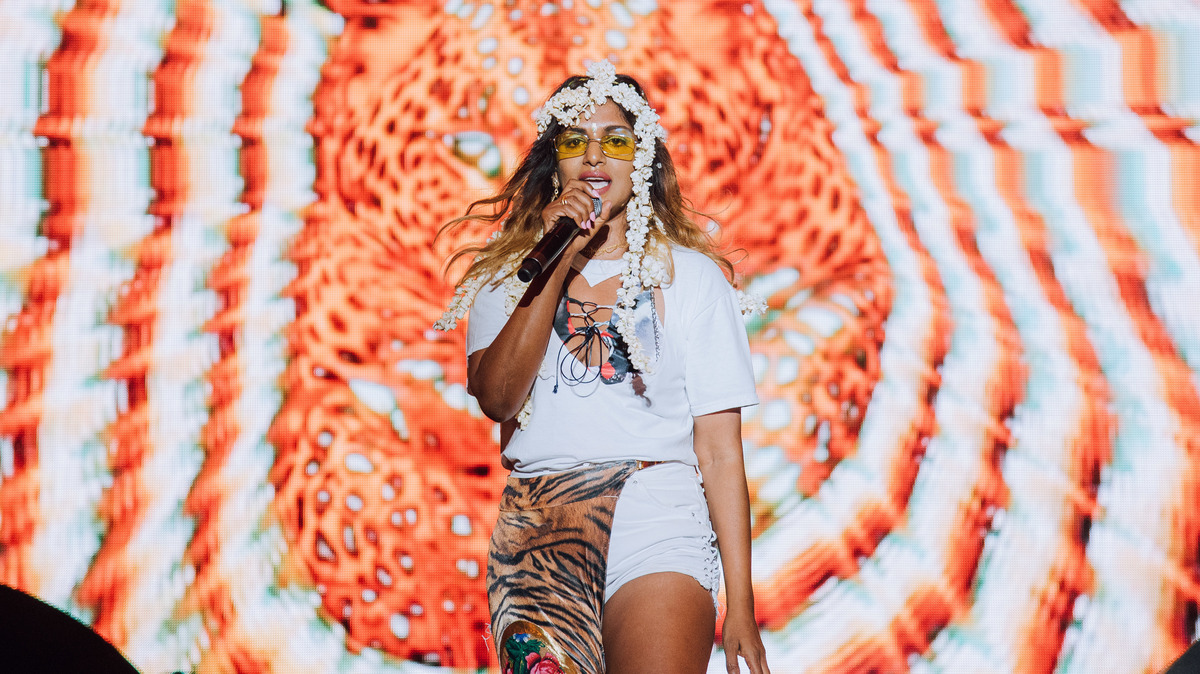 M.I.A. performs during Bestival 2018 in Lulworth Castle, England. Matangi / Maya / M.I.A., the new documentary about the pop star, is out now.

Maya Arulpragasam, better known as M.I.A., has made her name in music melding pop and hip-hop with bold visual art and political commentary. In the process, she's crafted a successful career with early 2000s hits like "Bucky Done Gun," and "Paper Planes."

That career has been punctuated by moments of controversy and misunderstanding. She's clashed with other artists, music labels and the media. As M.I.A. explains, "When constantly people are like, 'Oh, you're nothing, you're this, you're not authentic you're a racist you are a terrorist...,' it understandably makes a lot of people fold.

But fold she did not. As a Tamil refugee, M.I.A. has been particularly outspoken through her music and dialogue about the treatment of that ethnic minority in Sri Lanka. The bloody civil war there came to an end in 2009 when the Tamil rebels were defeated by the government.

'Matangi / Maya / M.I.A.' Documents A Complex Life In Pop Atop An Unrelenting World

These highs and the lows are all fodder for the new documentary about her life, MATANGI / MAYA / M.I.A. The new film, out now in the United States, is an intimate look at M.I.A.'s journey. The doc draws on personal videos that M.I.A. recorded herself over 22 years — from her childhood to rise to fame and more. M.I.A. handed that trove over to Steve Loveridge, her longtime art school friend and the film's director. Loveridge says the footage was like a documentary maker's dream.

"I had like 700 hours of stuff to plow through that had amazing coverage," Loveridge says. "She interviewed her family and the people that she worked with and went back to Sri Lanka talked to the family there ... so it was amazing stuff."

M.I.A. and Loveridge spoke with NPR's Lulu Garcia-Navarro about themes of the documentary, being political in music before is was fashionable. Listen to their conversation at the audio link and read interview highlights below.

On being a refugee and a pop star

M.I.A.: It never sort of existed before, where a musician comes from where they come from, and becomes a pop star in that timeline within 15 years of landing as a refugee. And then having to also speak about a war, a civil war, that was coming to an end in real time, at the moment you get nominated for a Grammy. And because that's never happened, it was really difficult for the media or the public to get their head around. And I had to constantly make choices.

On receiving backlash during the course of her career

Loveridge: I just think for all artists, there's a natural cynicism around what their motives are when they bring activism into pop culture, whether it's just another exercise in a different way of marketing yourself. But, in Maya's case, I think it's so unusual to have someone that's been on that A to B journey, of being a displaced person coming to a new culture, learning a new language, getting on your feet, and then to actually get a platform ...

M.I.A.: It's not just a displaced person. My family ... like my dad started the resistance movement. ... There were really denying my own family identity, like you really had to whitewash yourself to be like, "Oh I didn't even come from this family." That was really difficult because you named your album after your mom and dad. So, it was very difficult to draw from that creatively, but then edit out what that actually is. 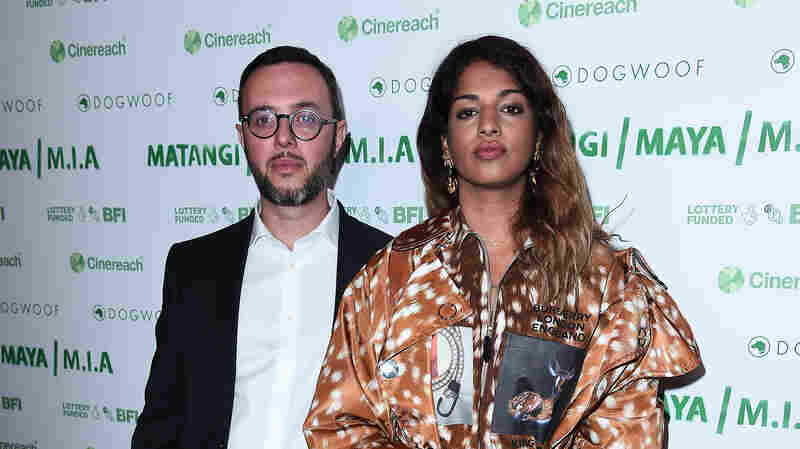 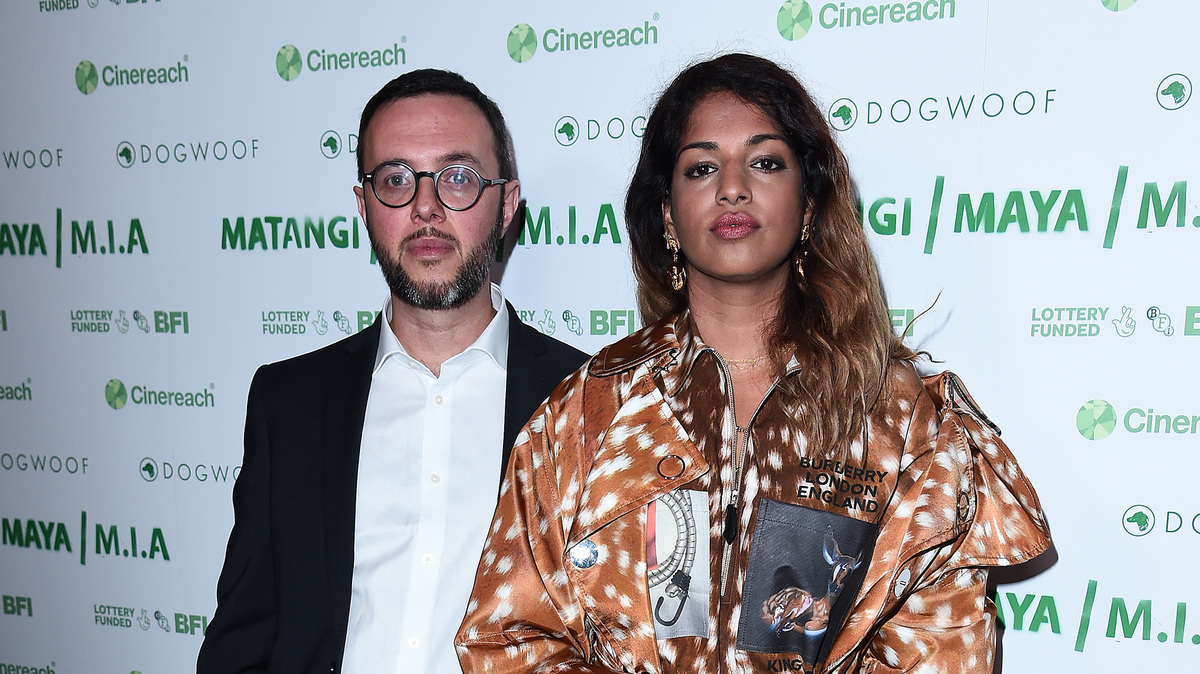 Steve Loveridge and Maya Arulpragasam attend the UK premeire of MATANGI / MAYA / M.I.A at The Curzon Mayfair on Sept. 19, 2018.

On musicians getting political in their music now without punishment

M.I.A.: I don't know a lot of women that did stick their neck out during that time and get slapped down. Before I came out, it was Dixie Chicks. And then after I came out, you had like Kesha, maybe, who was talking about sexual assault. But a lot of women in music didn't raise their voice. I mean, now it's changing. But during the time I was doing that, it just seemed like ... yeah, I can't really think of somebody who is constantly being punished for it, year after year after year, with a different group of people that was punishing you.

Loveridge: I think when you talk about that unique and special kind of punishment that women face in the music industry, the sort of dismissal of Maya when she talked about politics and was trying to raise awareness for what was going on in Sri Lanka, there's a weird tone to the condescension that you get from old, male music critics, and that voice coming from who it was coming from was a problem for some people.