Accessibility links
Molly Ringwald On '80s Movies And Sexual Assault The 1980s movie darling talks to NPR's Lulu Garcia-Navarro about the impact of the era's pop culture, which came up during hearings for Judge Brett Kavanaugh. These days she has a teen of her own. 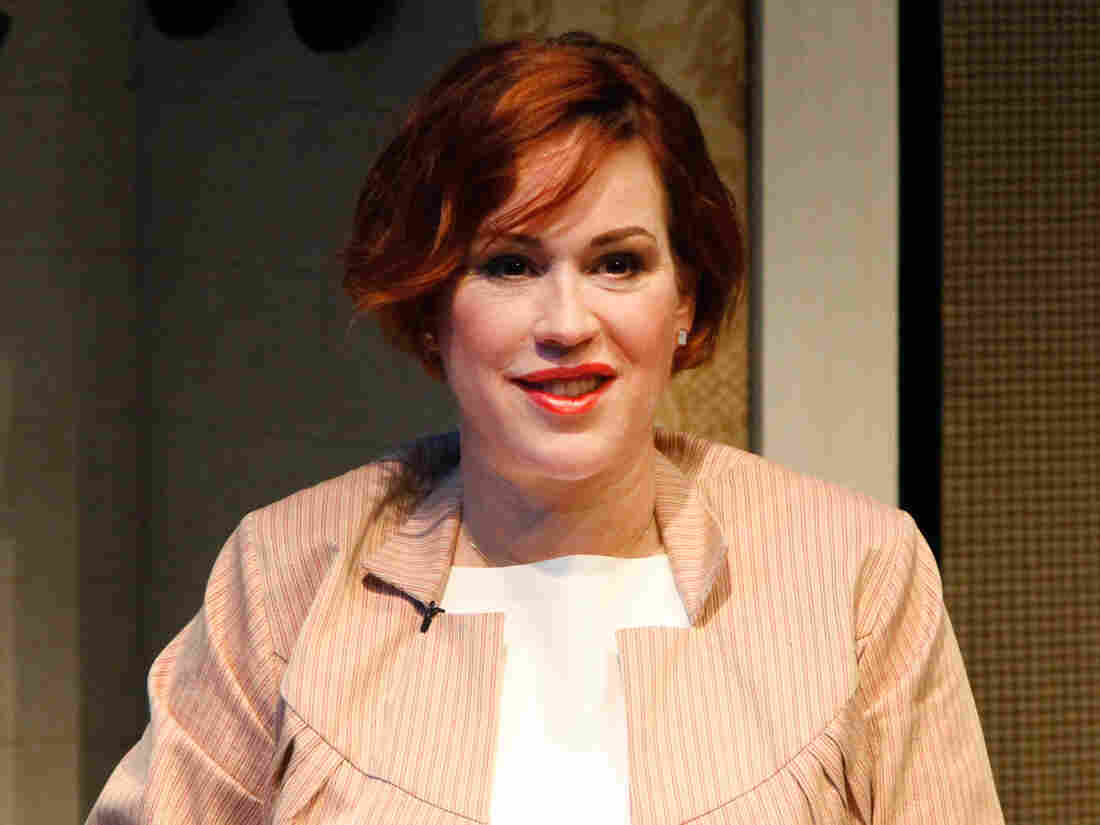 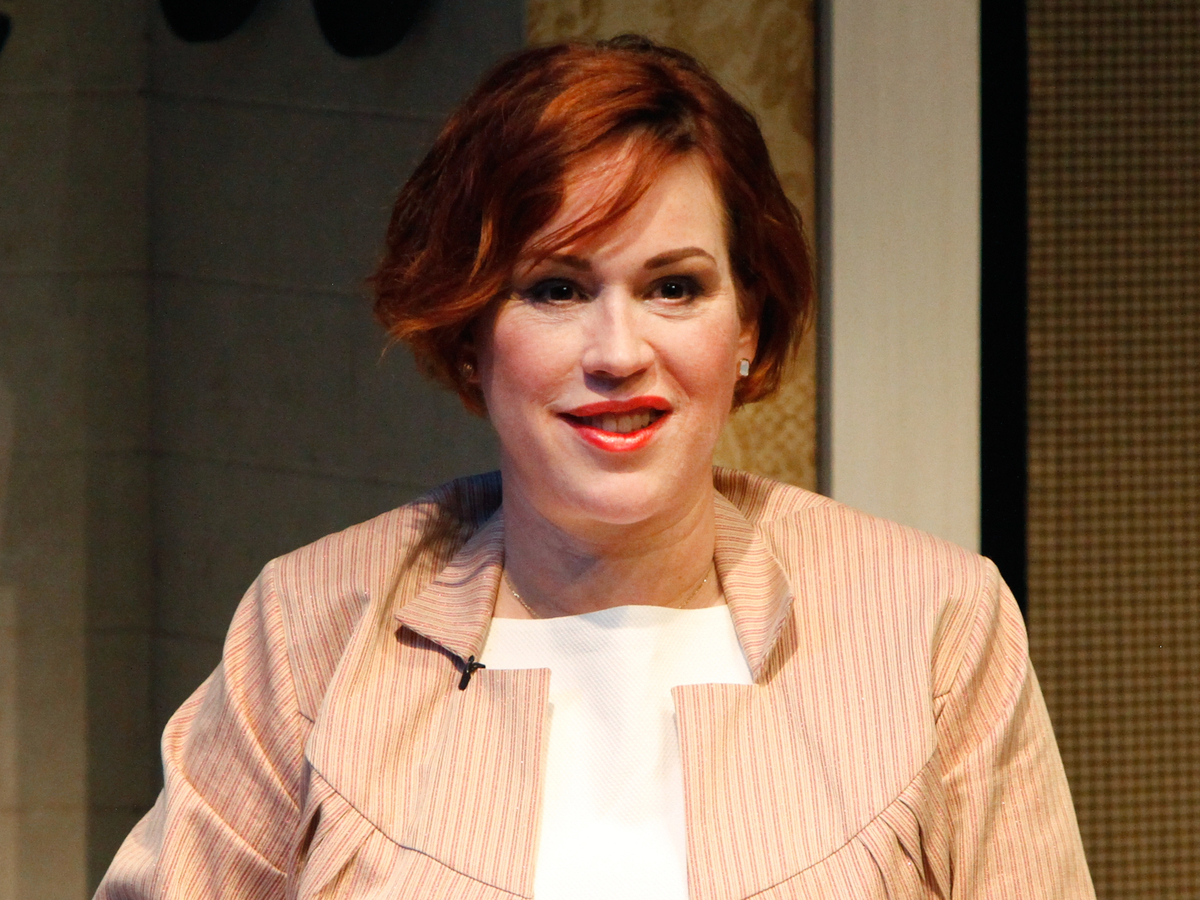 Last Thursday's hearings on the sexual assault allegations against Supreme Court nominee Brett Kavanaugh brought up, among other things, the high school party scene in the 1980s and the films that glorified it. Kavanaugh mentioned those movies when he defended some of the crude references in his high school yearbook.

During the hearing, Kavanaugh said he thought "some editors and students wanted the yearbook to be some combination of Animal House, Caddyshack, and Fast Times at Ridgemont High, which were all recent movies at that time."

Molly Ringwald starred in many of those movies. But now that she has a teen of her own, she has reassessed the way those films perpetuated sexual assault as a norm of teen life.

In the film Sixteen Candles, for example, Michael Schoeffling plays the teenage dreamboat Jake Ryan. In one scene, Schoeffling's character casually suggests taking advantage of his passed out girlfriend. "I've got Caroline in the bedroom right now passed out cold," his character says. "I could violate her 10 different ways if I wanted to."

It's scenes like that, Ringwald says, that are troubling.

In April, she wrote an article for The New Yorker about looking at the films through the lens of today's #MeToo movement.

"If attitudes toward female subjugation are systemic, and I believe that they are, it stands to reason that the art we consume and sanction plays some part in reinforcing those same attitudes," she writes in the article.

Ringwald currently holds a recurring role in the CW's Riverdale — the teen soap that has tackled the issue of sexual assault in a way that empowers young women — where she plays Archie's mother, Mary Andrews.

In an interview with NPR's Lulu Garcia-Navarro, Ringwald discusses '80s teen films and the culture they reflected.

On viewing her films more critically

You know, when I made those movies with John Hughes, his intention was to not make Porky's or Animal House. But I think, you know, as everyone says and I do believe is true, that times were different and what was acceptable then is definitely not acceptable now and nor should it have been then, but that's sort of the way that it was ... I feel very differently about the movies now and it's a difficult position for me to be in because there's a lot that I like about them. And of course I don't want to appear ungrateful to John Hughes, but I do oppose a lot of what is in those movies.

On watching Sixteen Candles with her daughter

I do see it differently. I mean, there were parts of that film that bothered me then. Although everybody likes to say that I had, you know, John Hughes' ear and he did listen to me in a lot of ways, I wasn't the filmmaker. And, you know, sometimes I would tell him, "Well, I think that this is kind of tacky" or "I think that this is irrelevant" or "this doesn't ring true," and sometimes he would listen to me but in other cases he didn't. And, you know, you don't want to speak up too much. You don't want to cross the line. Or at least that's the way that I felt at the time.

I know what my own experience was. I feel like the movies that I made then were very much representing the culture at the time. And I feel like that is why they resonated with people, because it was their experience and they did feel that they had these films that were real. They didn't have that sort of "After School Special" feeling where somebody was teaching them a lesson, you know. It didn't feel like that.

On how those films should be viewed today

I believe that there is still a lot of good in the films and there's a lot that I'm proud of. And I feel like in a lot of ways they've touched teenagers and sparked a conversation that is important. And having a teenage daughter myself, I know that it's not always easy to get teenagers to talk. But these films sort of break through that. You know? There's something that really touches teenagers, especially The Breakfast Club I feel like sort of gives them permission to talk about their feelings — says that teenagers' feelings really matter. And I think that's a really powerful message and for that reason I really love it. Pretty in Pink, I love my character. I think that she's a strong woman and I'm proud of the choices that she makes.

On films that are handling difficult conversations the right way today

One comes to mind which is Eighth Grade. I thought it was a beautiful movie. And it also seemed very true. I mean, raising a teenager who just graduated from eighth grade — she just started ninth grade — you know there's a lot that really rang true for me. And it seemed to borrow a lot from John Hughes, but for me it sort of borrowed the best parts from John Hughes.