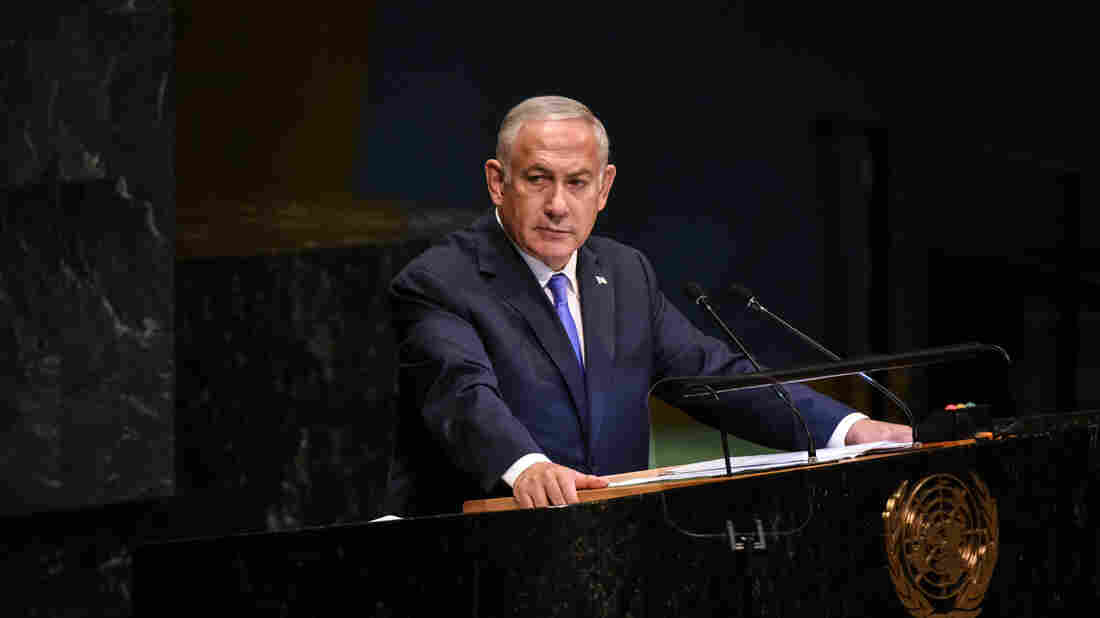 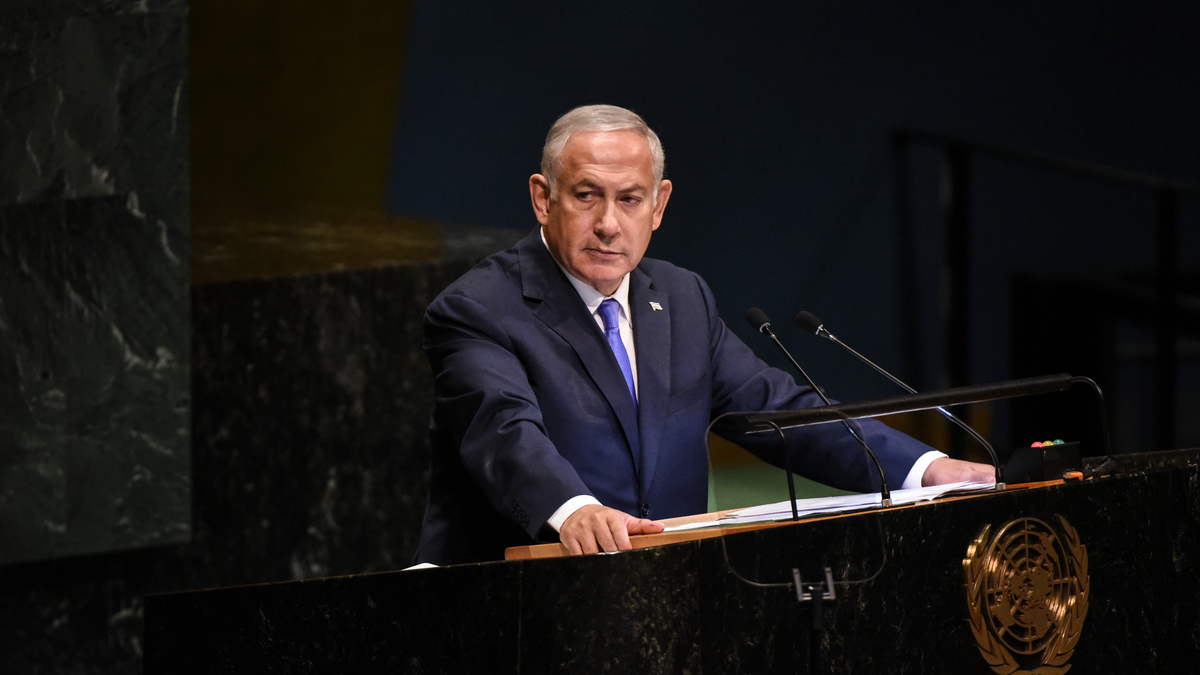 Israeli Prime Minister Benjamin Netanyahu applauds President Trump during a speech at the United Nations during the U.N. General Assembly on Thursday.

President Trump's administration has begun pressing Israel to embrace the idea of a Palestinian state. Israeli Prime Minister Benjamin Netanyahu is insisting on something less.

Netanyahu said Israel must remain in complete control of security, whether Palestinians claim a state or not.

"My view of a potential agreement is that the Palestinians have all the powers to govern themselves, but none of the powers to threaten us," Netanyahu tells NPR's Steve Inskeep in an exclusive interview for Morning Edition. "The key power that must, must not be in their hands is the question of security. ... I don't want them either as citizens of Israel or subjects of Israel."

The Israeli leader says he would prefer Palestinians receive "basically all the powers of sovereignty, or nearly all the powers, but not the ones of security." This option, he says, would give Israel overriding power of security, but let the Palestinians "govern their lives in a more complete way," with their own parliament, government and tax system.

He believes this potential solution is the most realistic approach and "the best arrangement" for both parties.

Trump Shrugs Off Laughter At U.N.: 'Didn't Expect That Reaction, But That's OK'

Netanyahu, however, tells NPR he has made it clear for several years that any Palestinian government could not have full control of security.

Despite Trump's comments, Netanyahu says the relationship between the U.S. and Israel continues to be "a very powerful bond." He doesn't view his close friendship with Trump as a risk to the historic bipartisan support for Israel in the United States.

He gives Trump credit for his "tremendous service to our common security," specifically when it comes to the Iran nuclear deal.

"We can have disagreements and yet have a basic agreement about the importance of our alliance," he said. "I don't have a disagreement with President Trump on Iran."

In May, Netanyahu praised Trump for his "courageous leadership" in pulling out of the 2015 Iran nuclear deal, something Israel had been fighting against since its formation. Netanyahu again commended Trump for standing up for Israel during the U.N. General Assembly meeting last week, when the Trump administration announced it would cut all funding to the U.N. Relief and Works Agency in Palestine. The agency helps fund schools and clinics in the West Bank and Gaza — as well as Jordan, Syria and Lebanon — for more than 5 million Palestinian refugees.

As for bipartisan support in the U.S., Netanyahu believes that both Republican and Democratic leaders understand Israel's dedication to "a robust, open, free democracy."

"We value America's support from all sides," Netanyahu said.