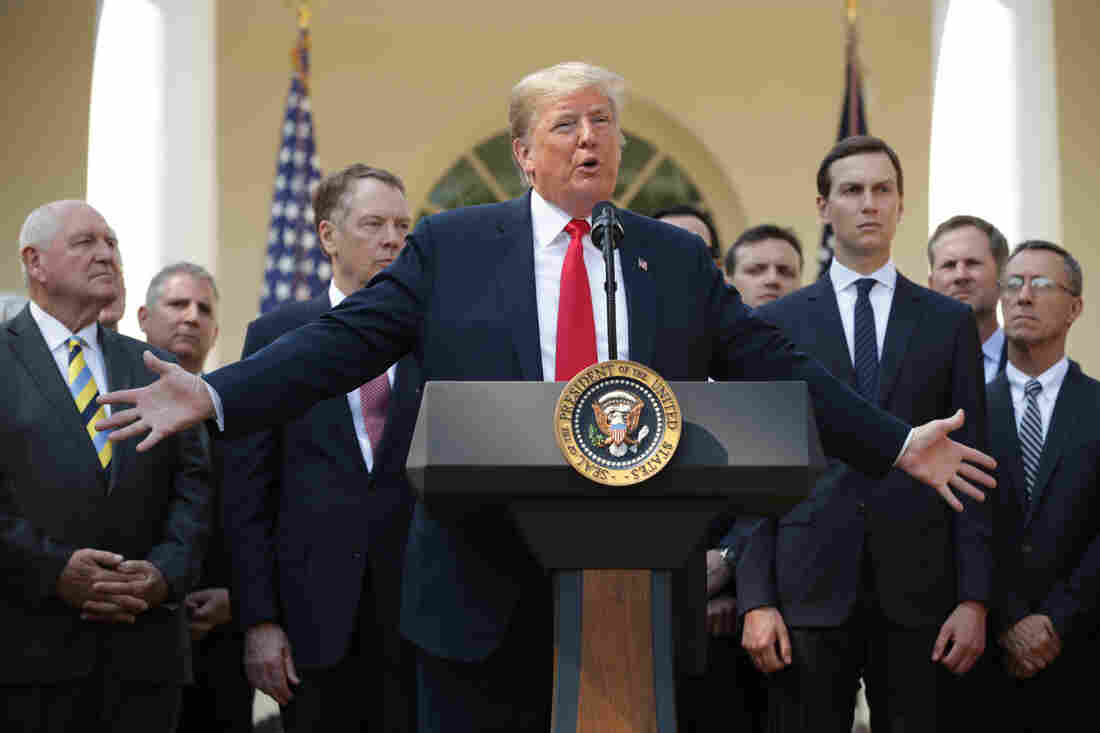 President Trump discusses a revised U.S. trade agreement with Mexico and Canada during a news conference Monday in the Rose Garden of the White House. Chip Somodevilla/Getty Images hide caption 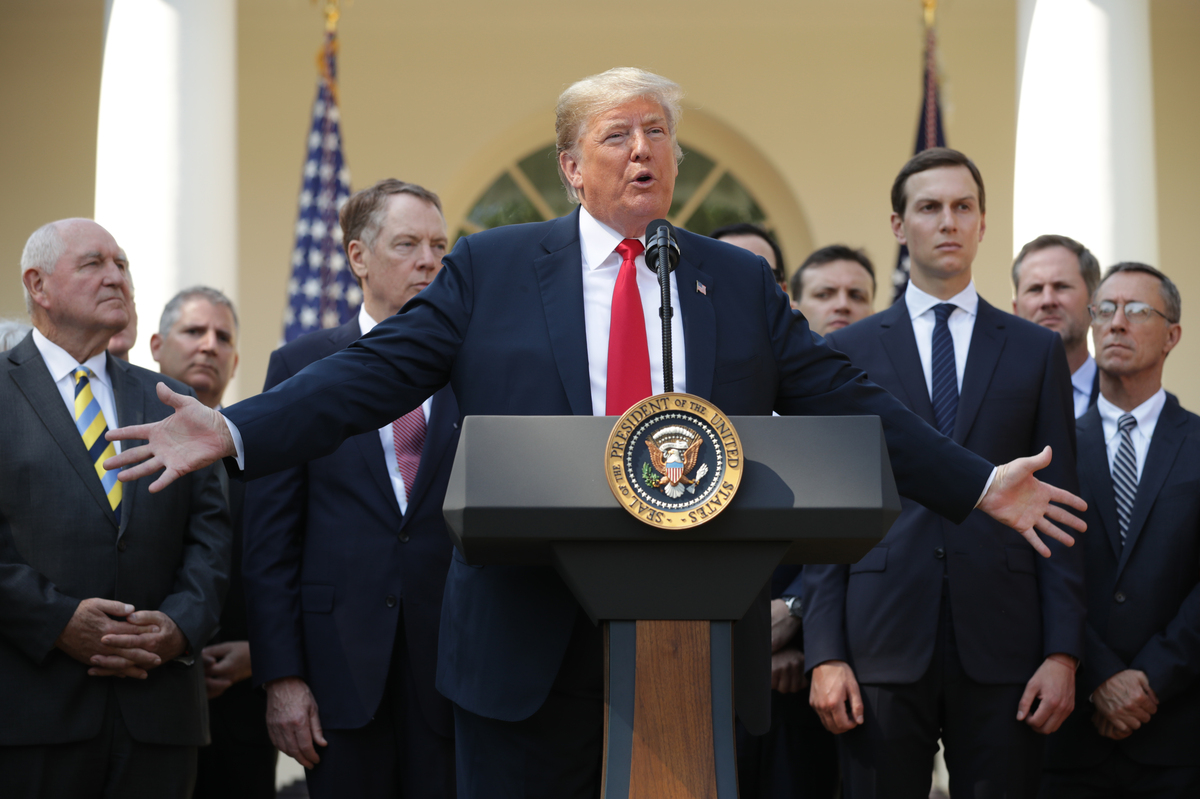 President Trump discusses a revised U.S. trade agreement with Mexico and Canada during a news conference Monday in the Rose Garden of the White House.

The U.S. and Canada reached a deal to replace the North American Free Trade Agreement, signed a quarter-century ago, with a new pact that the Trump administration says is easier to enforce.

In remarks in the Rose Garden formally announcing the agreement, President Trump called it "the most important trade deal we've ever made by far."

Ahead of a midnight deadline set by the White House, Trump approved changes that essentially revamp the 1993 NAFTA deal, bringing Canada on board after Mexico had already agreed in August.

In addition, the two countries agreed to shield Canada from any future automobile tariffs imposed by the U.S.

The agreement, called the U.S. Mexico Canada Agreement, or USMCA, gives U.S. dairy farmers greater access to the Canadian market. It also preserves a dispute resolution system that Canada likes but which the Trump administration had hoped to phase out.

Trump is expected to sign the deal, along with Canadian Prime Minister Justin Trudeau and Mexican President Enrique Peña Nieto, before Peña Nieto leaves office in early December. It would then be submitted to the U.S. Congress for approval early next year.

"Throughout the campaign I promised to renegotiate NAFTA," Trump said, referring to one of his major campaign themes. "Today," he said, "we have kept that promise." 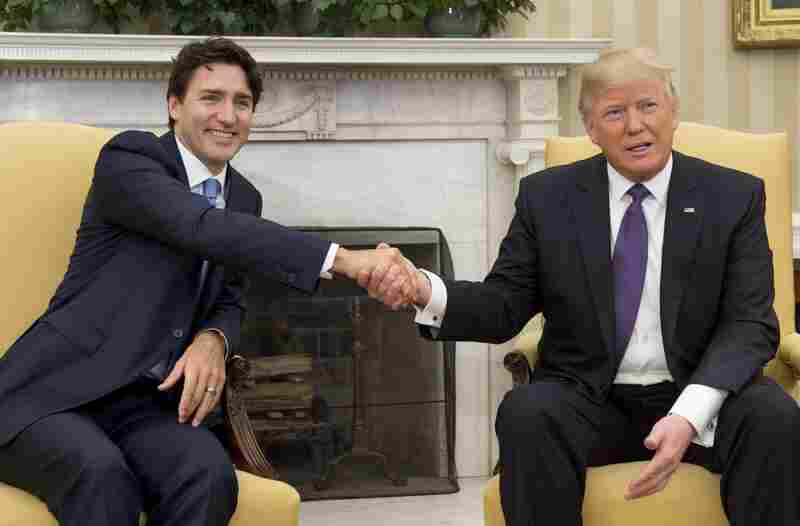 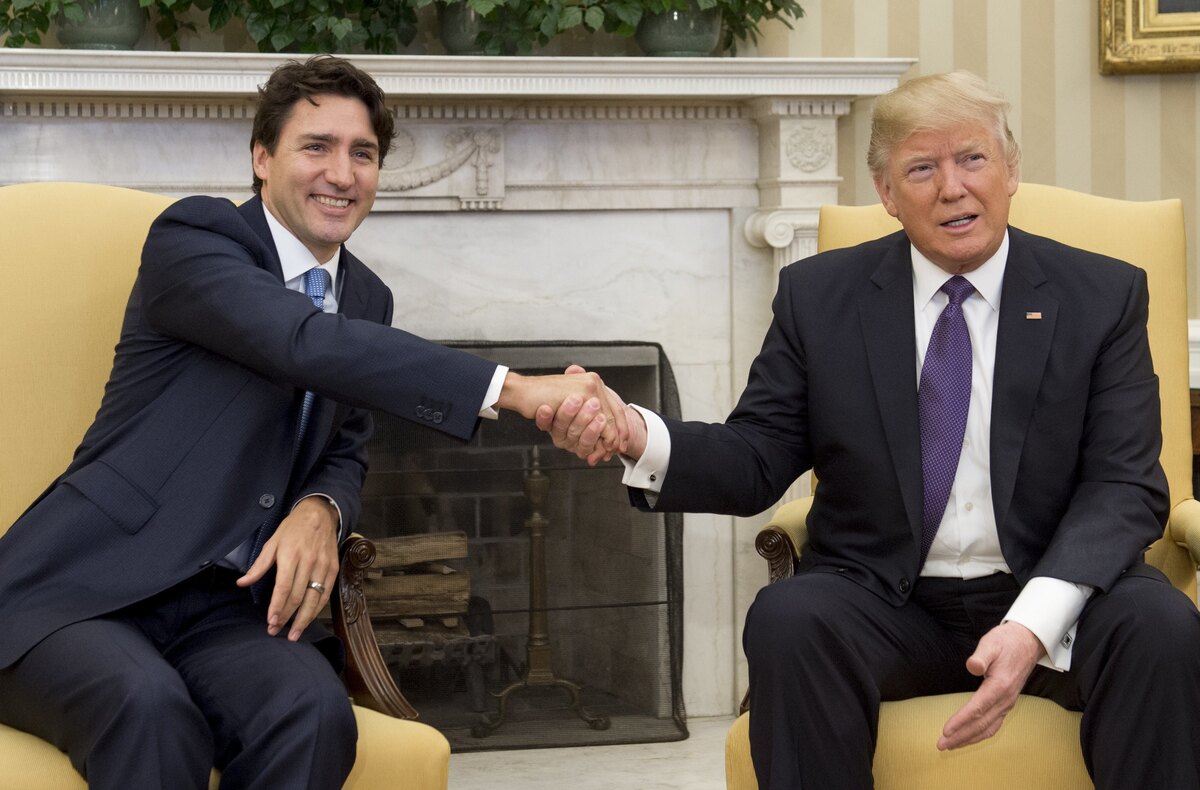 President Trump and Canadian Prime Minister Justin Trudeau shake hands during a meeting in the Oval Office in February.

The new agreement seemed to win support of one key Democrat, Senate Minority leader Chuck Schumer, D-N.Y. "As someone who voted against NAFTA and opposed it for many years, I knew it needed fixing," Schumer said in a statement from his office. "The president deserves praise for taking large steps to improve it. However, any final agreement must be judged on how it benefits and protects middle-class families and the working people in our country. "

A joint statement from U.S. Trade Representative Robert Lighthizer and Canadian Foreign Minster Chrystia Freeland says, "USMCA will give our workers, farmers, ranchers, and businesses a high-standard trade agreement that will result in freer markets, fairer trade and robust economic growth in our region."

U.S. business groups welcomed the agreement, which preserves a continent-wide free-trade zone. Tom Donohue, president of the U.S. Chamber of Commerce, had warned that a deal that excluded Canada would be a nonstarter.

Mexico had earlier agreed with the U.S. to include stricter rules of origin on automobiles, so cars will have to include more North American content in order to be sold duty-free in the U.S. The rules also require that a portion of cars be made in factories paying at least $16 an hour — a provision that could shift some auto manufacturing from Mexico to the United States.

It does not affect tariffs on imported steel and aluminum that the U.S. imposed this year, nor the retaliatory tariffs that Canada and Mexico imposed in response.