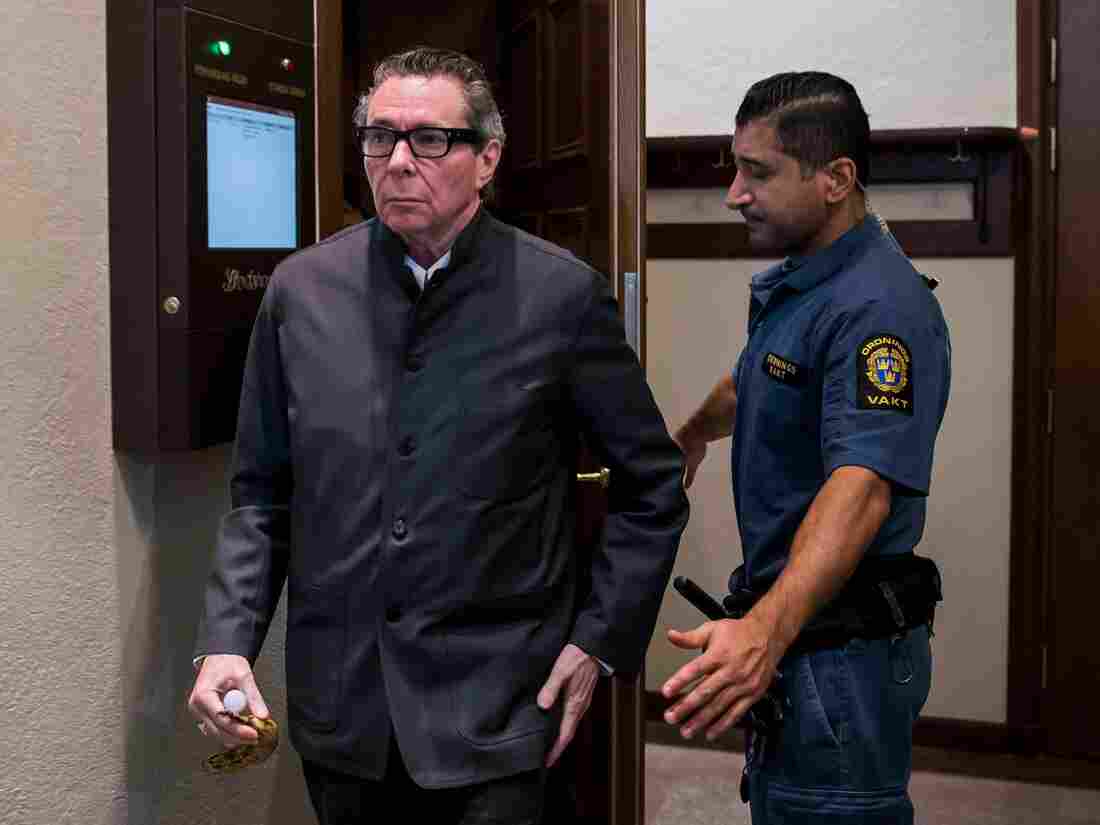 A court in Stockholm has found cultural figure Jean-Claude Arnault guilty of rape. He's seen here leaving on the final day of hearings in his trial. The turmoil unleashed by the case prompted the Swedish Academy to postpone this year's Nobel Literature Prize. Jonathan Nackstrand/AFP/Getty Images hide caption 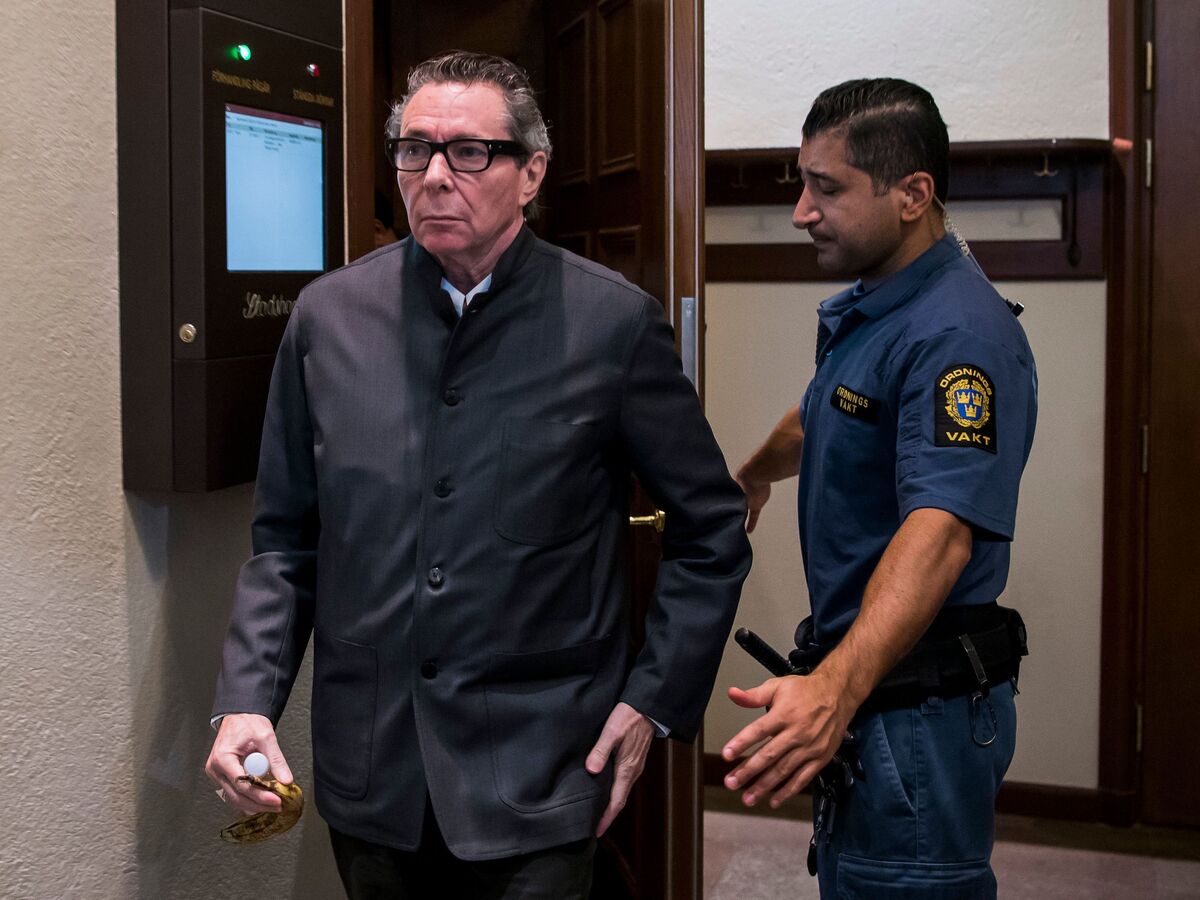 A court in Stockholm has found cultural figure Jean-Claude Arnault guilty of rape. He's seen here leaving on the final day of hearings in his trial. The turmoil unleashed by the case prompted the Swedish Academy to postpone this year's Nobel Literature Prize.

A Swedish court has found Jean-Claude Arnault — the man at the center of a sex-abuse scandal that forced this year's Nobel Prize in literature to be postponed — guilty of rape, sentencing him to two years in prison.

At least 18 women have come forward with assault claims against Arnault, 72, a photographer who is entrenched in the highest levels of Sweden's arts scene. He was found guilty of raping a woman on Oct. 5-6, 2011, but he was acquitted of the same charge for an incident that took place two months later.

After allegations against Arnault became public in November, it emerged that he had also apparently assaulted Sweden's heir apparent, Crown Princess Victoria, by touching her bottom in 2006.

The case is Sweden's reflection of the #MeToo movement, as a powerful man was brought to account over his previous abuse. It also fractured the Swedish Academy, the body that awards the literature Nobel, because Arnault, 72, is married to academy member Katarina Frostenson — and the academy admits that it was informed about alleged sexual assault involving Arnault in 1996, but that it did nothing about it.

That earliest allegation came in the form of a letter to the academy about the Kulturplats Forum, an arts center in Stockholm where Arnault is the artistic director. In another aspect of this scandal, the center receives academy funding — and it's co-owned by Frostenson, a situation the academy has acknowledged as a conflict of interest.

Many of the allegations against Arnault involve his actions at academy-owned properties. He has denied the charges, saying the sexual encounters were consensual — and on Monday, his lawyer, Björn Hurtig, said they will appeal, according to Sverige Radio.

Monday's ruling against Arnault by the four-judge court was unanimous, the Stockholm District Court said.

The two-year sentence is the minimum for rape under Sweden's laws; the maximum punishment is six years. Arnault "must remain in custody until the judgment of the verdict is enforceable," Judge Gudrun Antemar said.

As it revealed the outcome of the high-profile case, the court did not refer to Arnault by name; instead, it called him Kulturprofilen (Cultural Profile), the name many Swedish media outlets use to refer to him.

The scandal has raised questions about what the academy's members knew about his actions, and it also led to reports that Arnault had leaked the names of literary Nobel winners. The academy said its own investigation by an outside law firm had found "a breach of the academy's secrecy rules" about the prize.

A deep rift formed inside the panel, as its members struggled to agree on how to cope with the scandal. The public spectacle also plunged the academy into a crisis of trust and legitimacy.

"Six of the 18 members resigned or went on leave in the wake of the row, and several of them regularly trade ugly barbs via the media," reports The Local in Sweden.

Earlier this month, the body's permanent secretary, Anders Olsson, said the academy had clarified both "loyalty obligations of its members" — and how its members can either resign or be removed. In addition, he said, the academy has improved its "guidelines for conflict of interest issues."