Accessibility links
"Man Up" | Hidden Brain You've certainly heard some variation of the phrase "be a man." But what does that even mean? This week, we question our existing definitions of masculinity. We'll meet a man who works in a field traditionally considered "women's work." And we'll hear from a researcher who says manhood is "hard to earn and easy to lose." 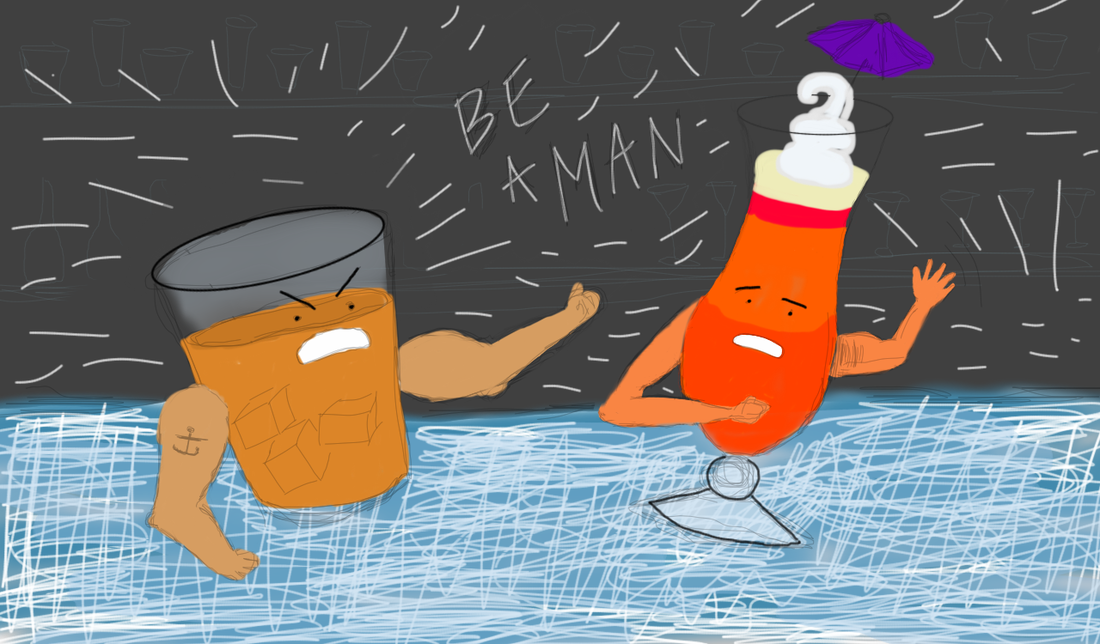 In a study conducted by psychologist Jennifer Bosson, some men reported that ordering a drink with a cocktail umbrella felt like a gender violation. Parth Shah hide caption 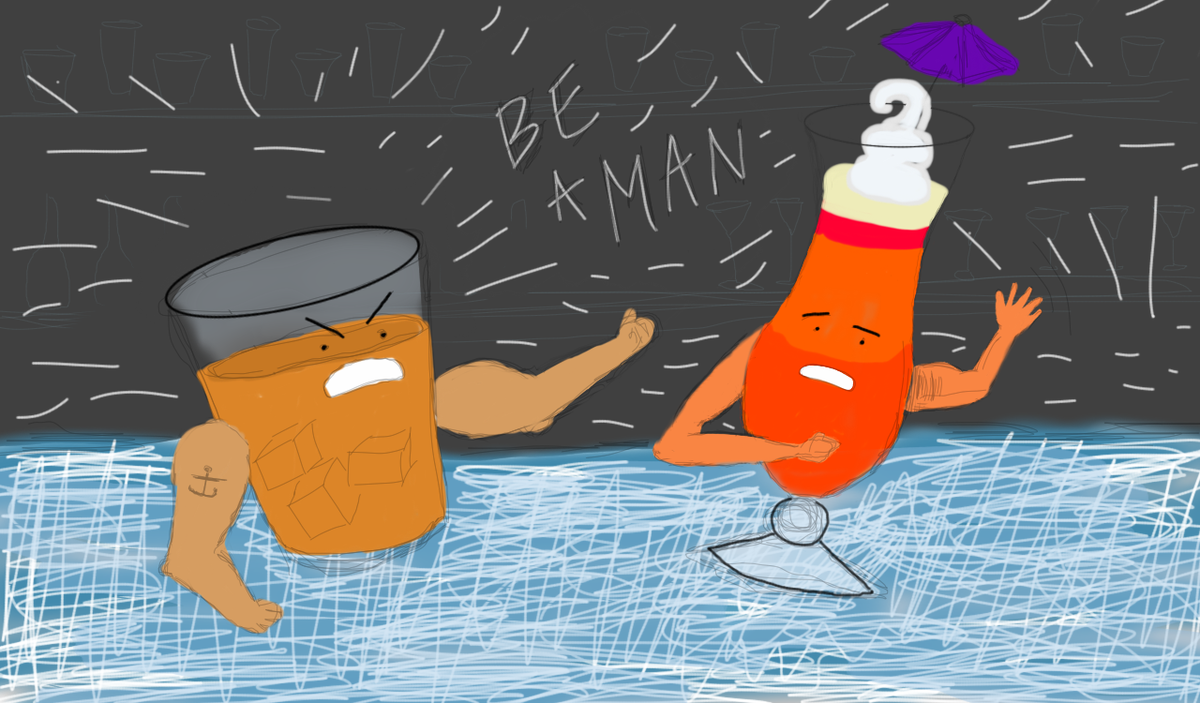 In a study conducted by psychologist Jennifer Bosson, some men reported that ordering a drink with a cocktail umbrella felt like a gender violation.

What comes to mind when you imagine a "girly" drink? Is it pink and fruity? Does it have lots of whipped cream? A tiny umbrella?

If you're a man reading this, you might hesitate to order such a drink. Psychologist Jennifer Bosson studies gender, and once conducted a study with about 200 men and women. She asked them to write about a time when they violated gender norms.

Some of the women talked about being called a tomboy. Others mentioned times when they worked in male-dominated fields and were made to feel uncomfortable by coworkers.

"Men say things like, 'I wore a pink shirt to work,' or 'I held my girlfriend's purse while she ran into the bank,' or 'I ordered a drink at a restaurant, and when it came out to me, it had a little cocktail umbrella in it,'" she says.

Why would men make such a big deal out of trivial things?

"My collaborators and I argue that the male gender role itself is kind of conceptualized as a precarious status. Manhood is something that is hard to earn and easy to lose, relative to womanhood."

This week on Hidden Brain, we explore the bounds of masculinity. What behaviors do men consider to be too feminine, and therefore off limits? And how can men be convinced to question those boundaries?

Hidden Brain is hosted by Shankar Vedantam and produced by Jennifer Schmidt, Rhaina Cohen, Parth Shah, Thomas Lu, and Laura Kwerel. Our supervising producer is Tara Boyle. Camila Vargas-Restrepo is our intern. You can also follow us on Twitter @hiddenbrain, and listen for Hidden Brain stories each week on your local public radio station.