Accessibility links
Pope Francis' Popularity Falls Sharply Among U.S. Catholics Six of 10 U.S. Catholics say Pope Francis is doing only a "fair" or even a "poor" job handling the clergy abuse crisis. He is now only as popular as his predecessor, Pope Benedict. 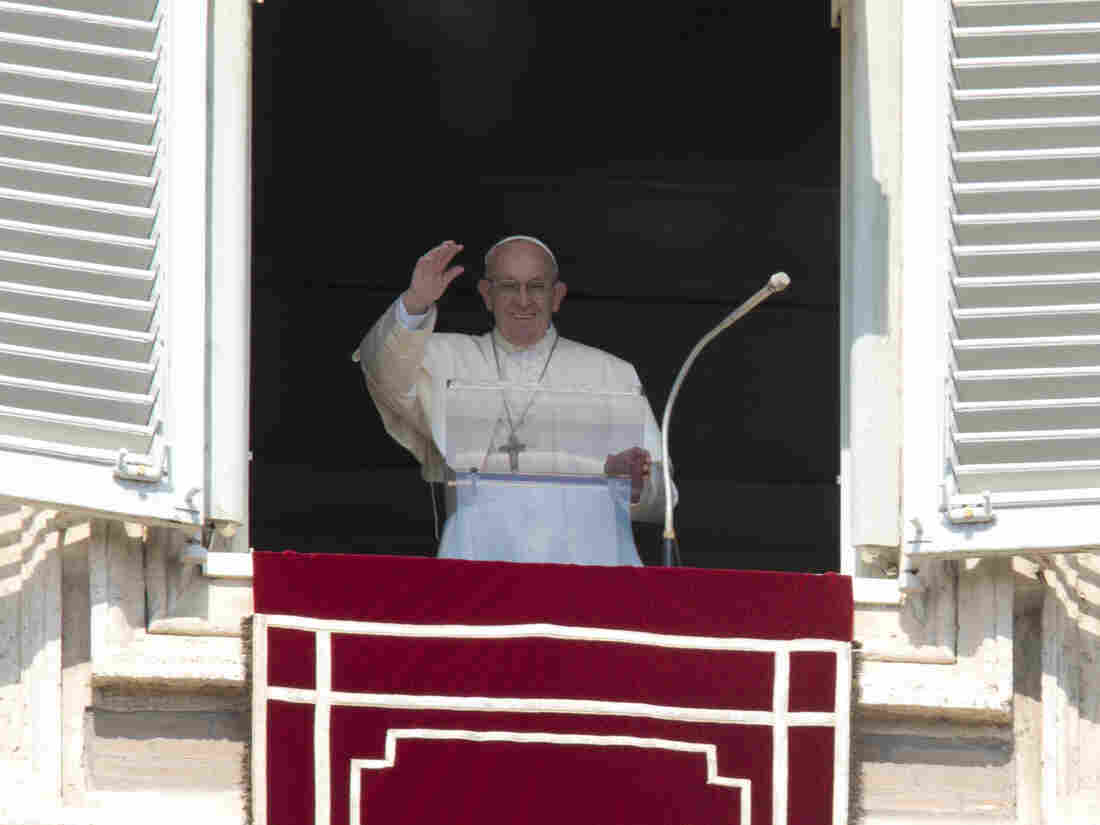 Pope Francis waves prior to reciting the Angelus noon prayer from the window of his studio overlooking St. Peter's Square, at the Vatican. Andrew Medichini/AP hide caption 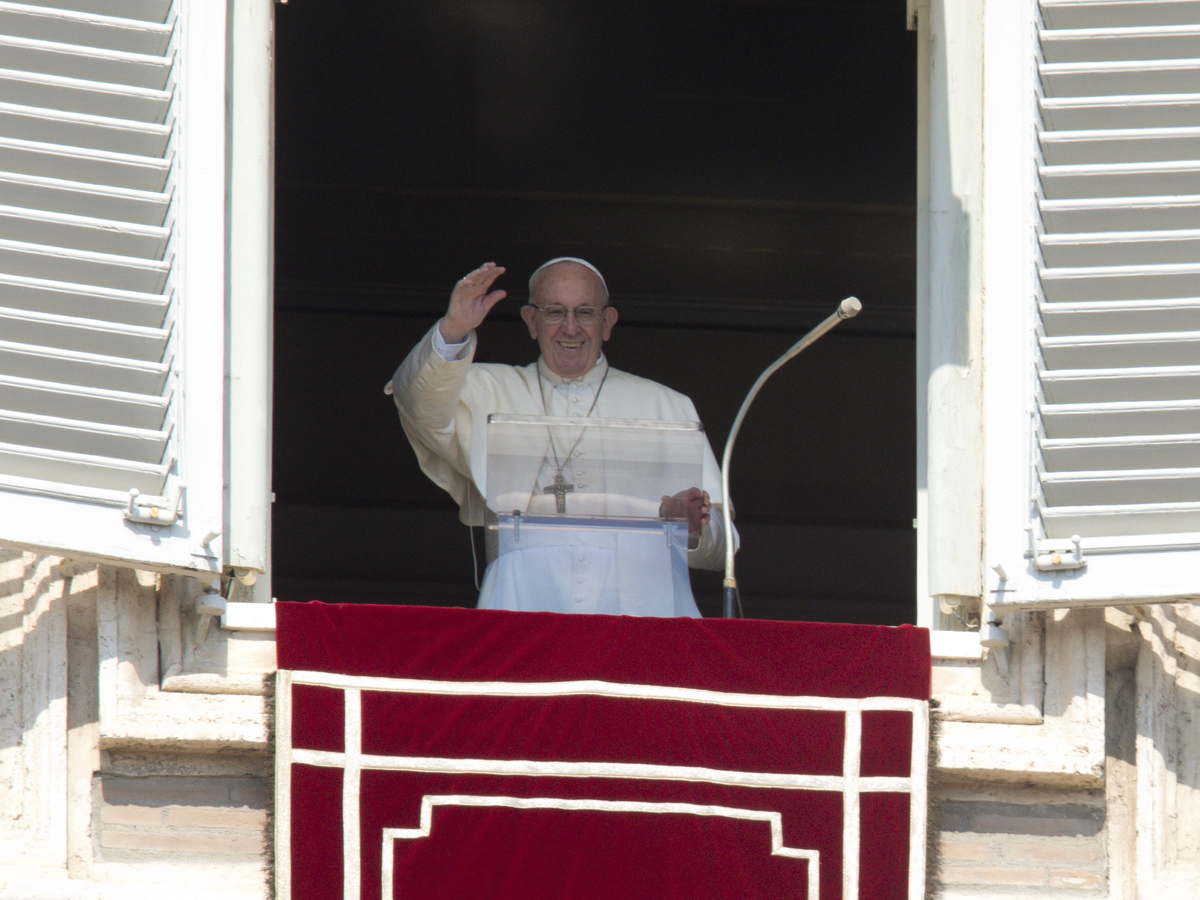 Pope Francis waves prior to reciting the Angelus noon prayer from the window of his studio overlooking St. Peter's Square, at the Vatican.

Pope Francis, whose humility and warmth made him highly popular among U.S. Catholics and non-Catholics alike, is now rated no more favorably than his somewhat aloof predecessor, Pope Benedict.

A new survey by the Pew Research Center shows that roughly half of the U.S. public still says it has a favorable view of Pope Francis. That is down sharply, however, from early 2015, when 7 of 10 Americans saw him favorably. It puts Francis on a par with Benedict, who, according to Pew, was seen favorably by 49 percent of Americans when he resigned the papacy in 2013.

The declining confidence in Francis is clearly related to the sex abuse scandal in the church. More than one-third of U.S. Catholics rate his handling of the crisis as "poor" in the latest survey, triple the share who said that in 2015. Just 3 in 10 Catholics say Francis has done an "excellent" or "good" job addressing the abuse scandal, down about 24 percentage points from 2015 and down 14 points from January of this year, when Pew researchers last asked the question.

Catholics and non-Catholics alike were disappointed by the pope's initially dismissive reaction to reports of widespread sex abuse among the clergy in Chile. After he faced criticism for having allowed one accused bishop, Juan Barros, to celebrate Mass alongside him, Francis said he had not seen "one single piece of evidence" against Barros. He later summoned several Chilean bishops to Rome, and last month he accepted the resignation of Barros and six other bishops.

Francis has also faced declining popularity around other issues, according to the Pew survey, with U.S. Catholics registering lower approval of his bishop and cardinal appointments, his efforts to spread the Catholic faith and his defense of "traditional morals."

Among non-Catholics in the United States, white evangelical Protestants are most critical of the pope. The Pew data now show that 34 percent see him unfavorably, with just 32 percent approving. Those ratings are a reversal of the Pew findings in February 2015, when 60 percent of white evangelicals viewed Francis favorably, with just 22 percent rating him unfavorably. About half of white mainline Protestants still give Francis favorable marks in the latest survey, more than twice the number who view him unfavorably.