Accessibility links
'Ink' Draws A Dark But Plausible Future In Sabrina Vourvoulias' dystopian novel, newly republished, immigrants to the United States must have their status tattooed on their wrists — leading to eroding freedoms and growing horror. 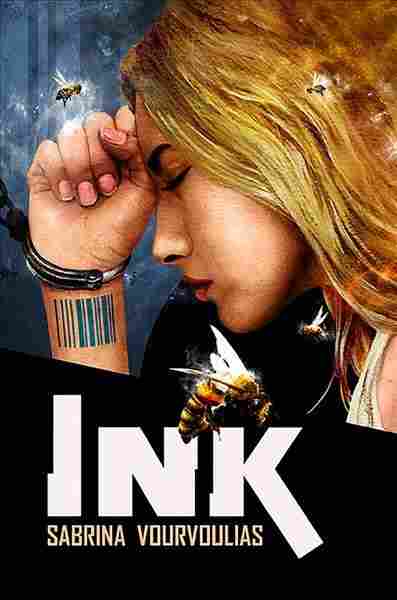 It's sometimes surprising to look at a book outlining a bleak future and see how startlingly accurate it's become — but it shouldn't be. The cruelty of the present echoes past cruelties that were never reckoned with; the history of so many countries is pockmarked with so many horrors that one need only look backwards to imagine the worst that lies ahead.

No surprise, then, that in Sabrina Vourvoulias' Ink, the dehumanizing methods leveled against "inks" — people foreign-born or of foreign ancestry, tattooed by the government to broadcast their status — sound so familiar. Trying to regulate the unwanted into oblivion is, unfortunately, old hat; it's old hat even in Ink. Already there are the designated neighborhoods, segregated transit, curfews, English-only language ordinances, extrajudicial deportation, and the complacence that lets it all happen. Then come the constantly redefined, impossible criteria for "real" citizenship. Make up a flimsy excuse (say, rumors of contagion) to incarcerate the inks conveniently out of sight in "inkatoriums." And then ... well.

Ink was initially published in 2012, when it must have already seemed on the knife's edge of a possible future. Releasing a second edition this year, as increasingly anti-immigrant policies seem to spring up weekly across the world, makes the world of "inks" not so much a speculative future as a chilling reflection of the present.

'The Book Of Joan' Is A Dizzying, Dystopian Genre Mashup

The novel follows a handful of characters as they become increasingly intertwined. Some, like Cuban chemist Meche, arrive as seasoned agents of resistance. More often, however, we meet characters as they're at the point of drawing their own lines in the sand. Mari, whose mother is from Guatemala, works in the local population control office; her tattoo's scanned at checkpoints by employees she trained. White journalist Finn falls in love with Mari but has to work to shake himself out of complacency long after the injustice is obvious. Artist Del begins as a self-congratulatory middle manager before he awakens to the magic that seems to be his inheritance from his grandmother ("Seminole or African or French ... she claimed all three bloodlines"). And teenager Abbie quickly hits the limit of how much of this brutality she'll tolerate before she takes the law into her own hands — but since her mother runs an inkatorium, she must decide how, or if, you begin to forgive those who should have known better.

That's a heartbreaking setup; as it plays out, though, her arc barely brushes past the worst of that struggle. And she's not alone — some other character dynamics never quite catch, and rhythms meant to have mythical weight can feel more prescribed than predestined. (Romance is a major hurdle here; whenever women have the spotlight, particularly working together, there's a boost of narrative energy.) At times, character beats can feel like satires of literary-fiction fallbacks, rather than a cast of characters compelling enough to match the stakes of their setups. If only all the dialogue were as seamless as, say, the near-invisible onset of government censorship that happens in the background over the years, until even Finn takes for granted that the truth will instantly disappear.

'Ink' isn't just a dystopian curtain falling. Its streak of magical realism is inextricably tied to the concept of home ... and how much power it holds.

But Ink isn't just a dystopian curtain falling. Its streak of magical realism is inextricably tied to the concept of home — equal parts the one you come from and the one you build — and how much power it holds. One of the book's gangs has adopted a hand signal shortcut "that means 'Don't let the future be written for you.'" And even as they contemplate fleeing, Mari waxes poetic to Finn: "Father Tom says ... the soul takes more pleasure in what it has lost and recovered than what it has had all along. He says, given enough time, even a nation remembers it has a soul."

Reading that amid tumultuous days, it might seem as if that sense of hope also relies on a dose of predestination — the sense that something, eventually, will have to turn out all right, even if you can't see it from here. (The political denoument in Ink might seem a degree too optimistic in the wake of the all-too-human cruelty that's come before it.) But a fight that seems futile must still be fought; community is magic; friendship saves. Ink believes that there's something on the other side of the fight. It's an uneven but ambitious novel — a frightening mirror of a future already upon us, and a glimpse of how to keep hope alive inside it.