Accessibility links
MacArthur 'Genius' Grants: Meet The Winners Of The 2018 Fellowship From engineering to economics, from painting to planetary science, the range of this year's class is vast. But the MacArthur Foundation expects them all to do big things with their newfound $625,000. 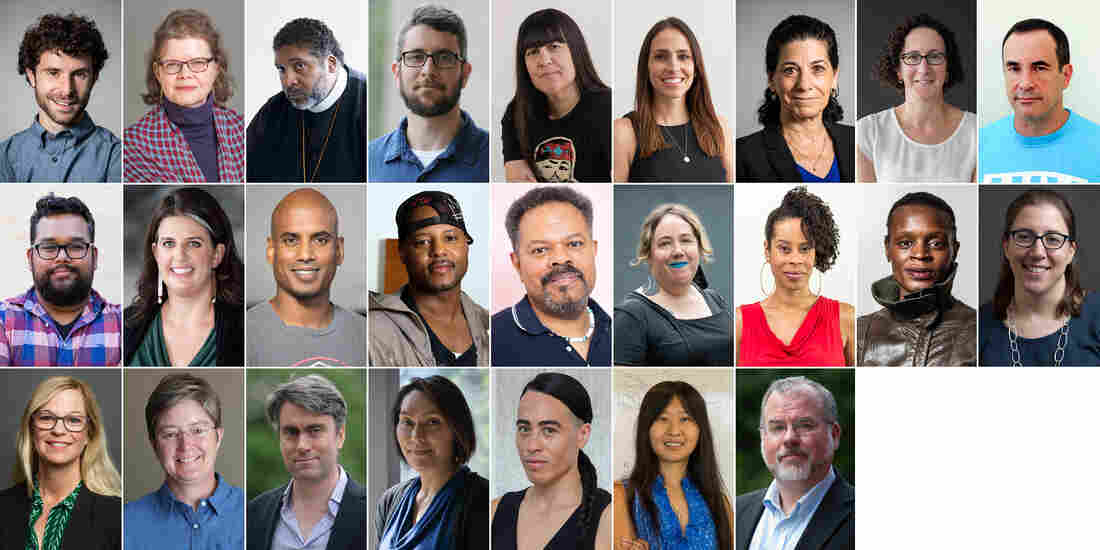 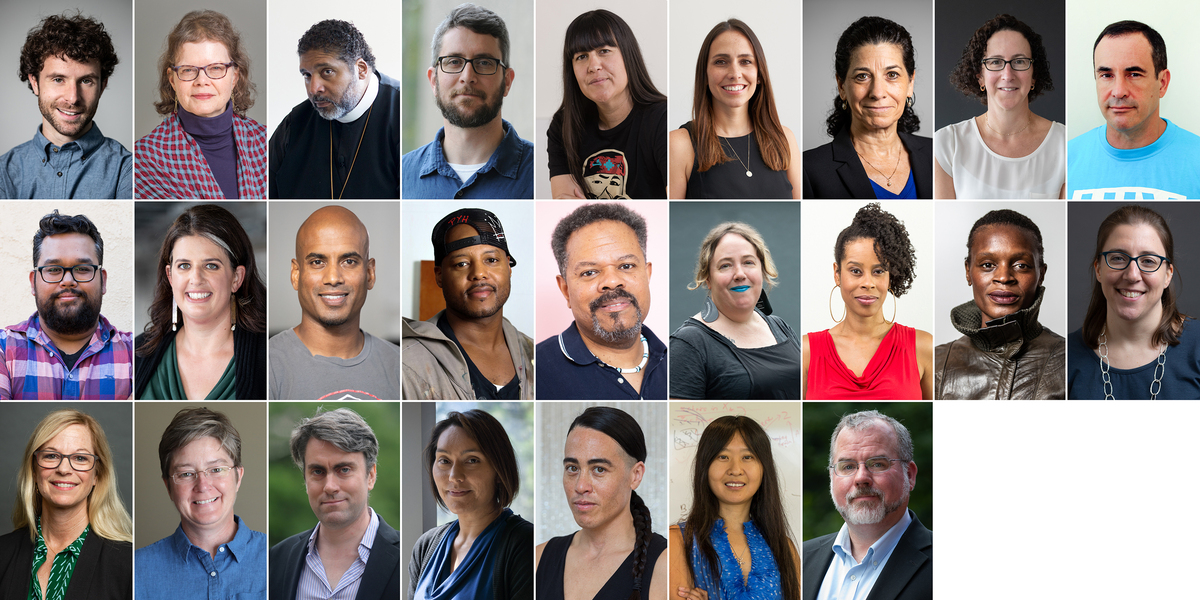 The 2018 recipients of the MacArthur "genius" grant.

What could possibly bring together a painter, an economist, a pastor and a planetary scientist? If you ask the John D. and Catherine T. MacArthur Foundation, the answer is simpler than you may think: They've all shown creativity, potential for future achievements — and the likelihood that $625,000, meted out over five years, will help them complete their grand designs.

In fact, those criteria fit all 25 winners of this year's MacArthur Fellowship, better known by its affectionate nickname, the "genius" grant. Their pursuits span a range nearly as wide as the world itself.

That spectrum includes mapping legal aid across the country for the benefit of low-income populations, uncovering abuse in West Virginia's coal industry, and coming up with radical fictions and bringing down pernicious artistic tropes.

Now, with a rather sizable infusion of cash that has no strings attached, it includes some even loftier aspirations.

"I have promised myself that I will do something new and different with it. It could be both related to my research or something completely different," Sarah T. Stewart, who won a grant for her work exploring how planets collide, tells NPR's All Things Considered. "Right now, I'd like to be as creative with it as the creativity that inspired the award."

And that inspiration goes both ways, according to Cecilia Conrad, the MacArthur program's managing director. In a statement Thursday, she concisely laid out one major reason why they've been picked for the grant: "Their exceptional creativity inspires hope in us all."

Scroll down to find the full list of winners — along with NPR's previous coverage, where available, and the MacArthur Foundation's reasons why they were selected.

(Note: The foundation is among NPR's financial supporters.)

"Expanding the potential of vocal and orchestral music to convey emotional, dramatic, and literary meaning."

A 25-Year-Old Opera Composer Who Does It All

Julie Ault, 60, artist and curator
"Redefining the role of the artwork and the artist by melding artistic, curatorial, archival, editorial, and activist practices into a new form of cultural production."

Natalie Diaz, 40, poet
"Drawing on her experience as a Mojave American and Latina to challenge the mythological and cultural touchstones underlying American society."

Gregg Gonsalves, 54, epidemiologist and global health advocate
"Working at the intersection of human rights and public health research and practice to address inequities in global health."

A Veteran AIDS Activist Has Déjà Vu From Ebola Panic

Becca Heller, 36, human rights lawyer
"Mobilizing the resources of law schools and law firms to defend the rights of refugees and improve protection outcomes for many of the world's most at-risk populations."

Raj Jayadev, 43, community organizer
"Creating a model of grassroots collective action that enables individuals facing incarceration, their families, and their communities to play an active role in their defense."

Titus Kaphar, 42, painter
"Highlighting the lack of representation of people of color in the canon of Western art with works that deconstruct the literal and visual structure of the artwork."

How Can We Address Centuries of Racism In Art?

John Keene, 53, writer
"Exploring the impact of historical narratives on contemporary lives and re-imagining the history of the Americas from the perspective of suppressed voices."

Kelly Link, 49, fiction writer
"Pushing the boundaries of literary fiction in works that combine the surreal and fantastical with the concerns and emotional realism of contemporary life."

You Must Read These Gleefully Deranged Stories

Dominique Morisseau, 40, playwright
"Examining the intersection of choice and circumstance in works that portray individuals and communities grappling with economic and social changes."

After Factory Layoffs, The 'Skeleton Crew' Is Left Behind

Okwui Okpokwasili, 46, choreographer and performer
"Making visible the interior lives of women whose stories of resistance and resilience have been left out of dominant cultural narratives."

Kristina Olson, 37, psychologist
"Advancing the scientific understanding of gender and shedding light on the social and cognitive development of transgender and gender-nonconforming youth."

Lisa Parks, 51, media scholar
"Exploring the global reach of information technology infrastructures and the cultural, political, and humanitarian implications of the flow of information."

Sarah T. Stewart, 45, planetary scientist
"Advancing new theories of how celestial collisions give birth to planets and their natural satellites, such as the Earth and Moon."

Wu Tsang, 36, filmmaker and performance artist
"Creating new conceptual and visual vocabularies for exploring hidden histories and marginalized narratives in works that collapse the boundaries between documentary and fiction."

Doris Tsao, 42, neuroscientist
"Uncovering the fundamental neural principles that underlie one of the primate brain's most astonishing capabilities: perception of the visual world."

Cracking The Code That Lets The Brain ID Any Face, Fast