Accessibility links
The Legacy Of Blink-182's 'Adam's Song,' An Anthem To Darkness, Loss — And Recovery The Blink-182 hit was a surprise in 1999: a raw look at suicide and depression from a band more known for naked antics and fart jokes. Two decades later, it stands as an unlikely salve for survivors. 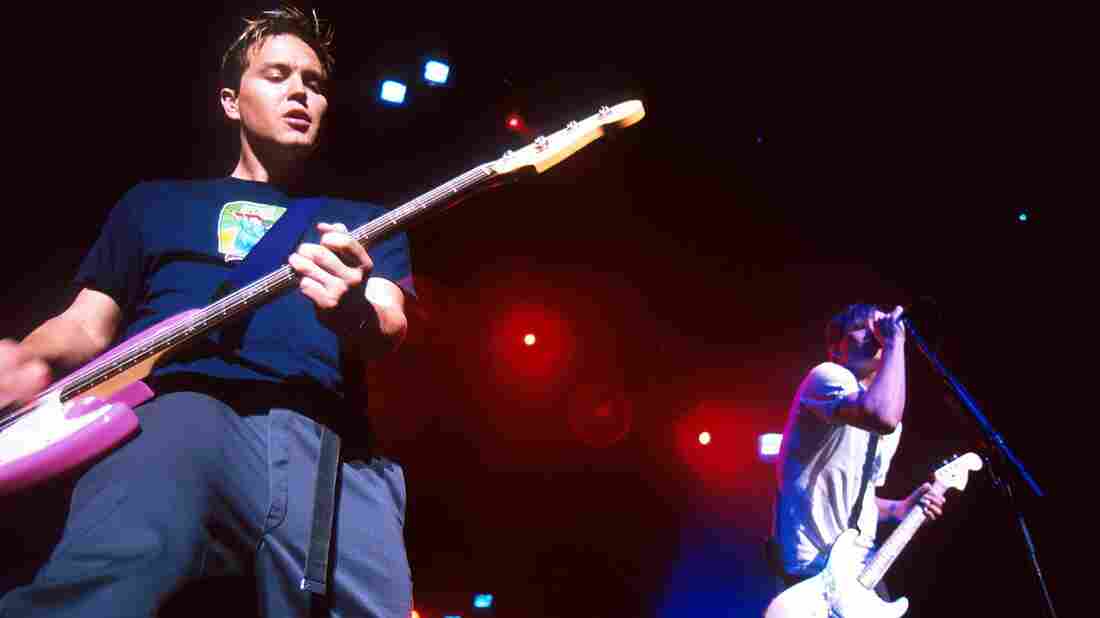 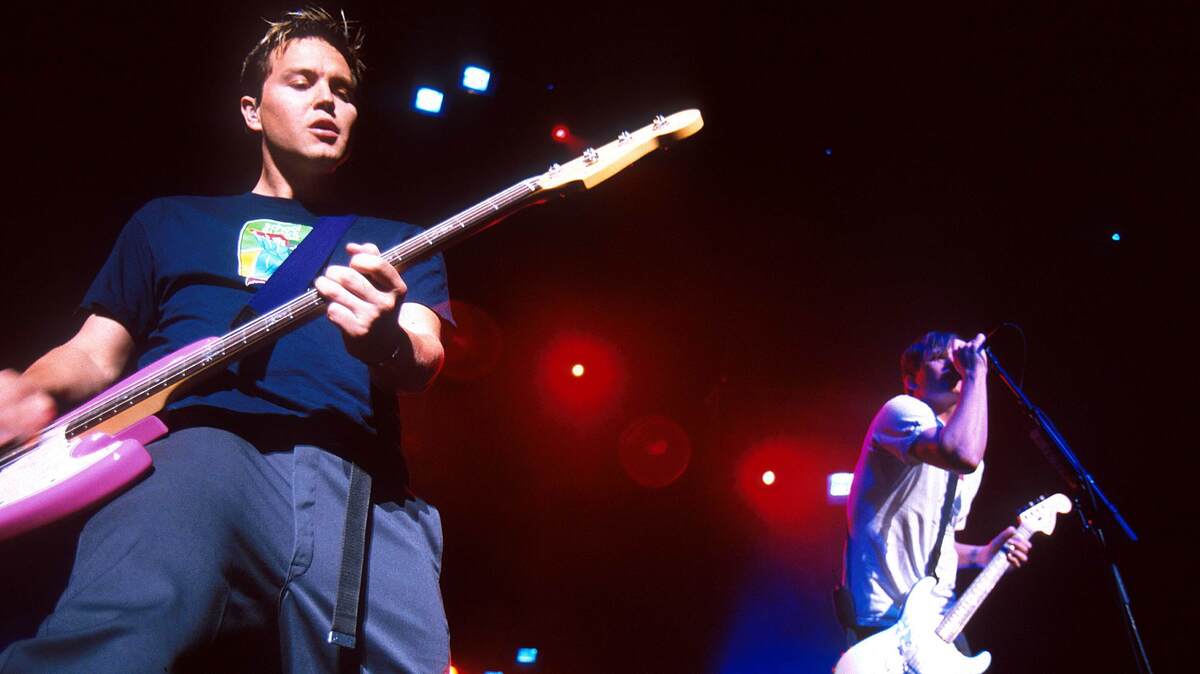 I never thought I'd die alone
I laughed the loudest, who'd have known

Then again, we are talking about Blink-182 here — the band that named its breakthrough album Enema of the State, that went streaking through Los Angeles in videos, that joked onstage about diarrhea and animal sex. Still, "Adam's Song" was different: The 1999 song dealt with depression and loneliness, weaving classic "road song" themes together with lines that evoked a suicide note, before reaching a more hopeful conclusion.

As blunt as the messaging was, it took a while for it to click with TJ Kennedy. He's a 28-year-old second grade teacher, who I found on a Blink-182 message board. A few weeks ago at the start of the school season, he got his first paycheck, and decided he'd get a tattoo: The first three notes of "Adam's Song," written on a staff. Kennedy loved Blink as a kid, and says Enema of the State provided the soundtrack for plenty of lazy days playing Nintendo 64. But as he got older, he went through a period of deep depression — and in college, he attempted suicide himself. In a note he wrote at the time, he referenced a lyric from "Adam's Song":

He says he had a particular friend in mind. "I just wanted him to have the things that meant the most in the world to me, which were my instruments," he says. "Because that's how I looked at our friendship: It was a great and beautiful thing. I just wanted to make sure he had a piece of that, even if I wasn't around." Kennedy says his emotional life has changed for the better since then: "I was able to work with it rather than against it, and just try and learn about myself and keep it at bay, even if it's still here." He still hasn't told his friend about that note.

Talking about these things isn't easy — even for the guy who wrote the song. Blink-182 bassist and singer Mark Hoppus says he was at a professional high when "Adam's Song" was born: Dude Ranch, the album before Enema, had gotten major-label distribution and sold better than expected. The next record was poised to be an even bigger hit. So he felt weird talking about how he depressed and isolated he felt.

"It feels ridiculous saying, 'Our band's doing really good, but personally, I'm not feeling like I'm connecting,' " Hoppus says. "It felt like I had too much good fortune to complain about anything." 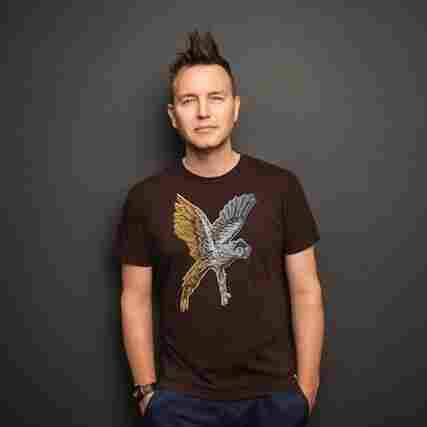 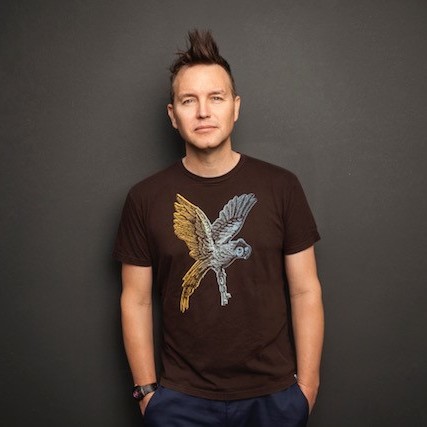 Megan Thompson/Courtesy of the artist

Personal dark times made "Adam's Song" an anthem of sorts for 23-year-old Brittney Berlin. She's a wellness blogger in Brooklyn who has coped with suicide herself: She's suffered depression, OCD, an eating disorder, and attempted to take her own life. Then she had to deal with the suicide of a friend – who happened to be named Adam.

Berlin says she'd learned in therapy that physical exertion could help calm her down. One day she was scrolling through her phone to find music for a run, and rediscovered "'Adam's Song."

"It connected me with with Adam, and it also helped me feel everything," she says, explaining that surviving when Adam had not had been one of the hardest things to process. "You feel so many different emotions all at once. Then you feel bad for some of those emotions, because some of them are just really, really ugly. But that song just ... I felt like it was for Adam. I mean, it was. It's him."

Liz Friedlander, the director of the "Adam's Song" music video — which became an MTV hit, with regular play on Total Request Live — says everyone relates to the song in their own way.

She'd come into the job aware of the band's gross-and-goofy reputation (Dude Ranch, for example, had closed with a skit about a dog drinking urine from a toilet), and though she knew this song was different, she also knew she couldn't really expect this band to "act." Instead, her vision was to focus not only on the musicians but the people around them: the couple having a fight backstage, the person on the payphone by the gas station — and what they might be going through.

"We never know what's going on in other people's lives — people who we have relationships with, but also the people you sit next to at a concert or pass on the street, these humans you brush up against," she says. "We all are dealing with our stuff, and we don't look, and don't see, and so then we don't notice."

The song got a different kind of attention in the year 2000, when national news media covered the death of Greg Barnes — a Columbine High School student who, a year after the mass shooting at his Colorado school, took his own life. The stories at the time reported that when his parents found him, "Adam's Song" was playing on repeat.

But pinning suicide to one event or one cause clearly oversimplifies a very complex issue. And "Adam's Song" certainly isn't just one thing to its fans.

When I posted on that Blink-182 message board, asking how this community related to "Adam's Song," I got stories about bullying, breakups, all sorts of issues, all sorts of problems. But what nearly everyone mentioned was the turn the song takes after the bridge — what Hoppus calls its "redemption." He stops singing about dying alone and how great things used to be, and starts singing about being alive tomorrow:

I never conquered, rarely came
Tomorrow holds such better days
Days when I can still feel alive
When I can't wait to get outside

There was a period of time when Blink-182 didn't play "Adam's Song" in concert. A musician friend of theirs, Adam Goldstein — better known as DJ AM — had died from an overdose in early 2009, and Hoppus says he couldn't bring himself to sing it. Now, though, after nearly a decade, the band is playing it again. "I think of it more, now, as almost a celebration," Hoppus says, "of hardships gone through and friends lost." It's a celebration that means a lot to a lot of people: Not an anthem in the usual sense of the word, more of a reminder.

You don't need subtlety to write an anthem; even the ones that are subversively tongue-in-cheek are pretty obvious about it. Most of the songs covered in this NPR series are huge: war songs, protest songs, songs that grace Super Bowl stages and national rallies. But there is room for the anthemic in small moments, too — when you're alone in your room and a song is the only thing that's there for you.

TJ Kennedy told me he never did get that tattoo of the opening notes of "Adam's Song": on the day he came up with the cash, the shop was too busy to take walk-ins. Now, though, he's says working with the artist to design an even better one. Tomorrow holds such better days.

If you or someone you know may be considering suicide, help is available online at suicidepreventionlifeline.org.