Accessibility links
Kavanaugh Nomination Battle Is Fought With Millions In Secret Cash After Kavanaugh called attacks on him "a calculated and orchestrated political hit," the advertising war escalated. 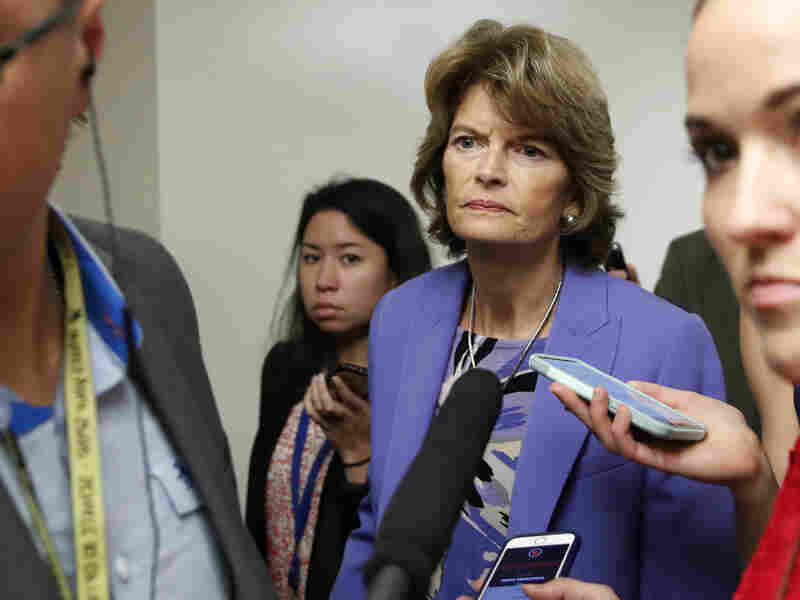 Sen. Lisa Murkowski, R-Alaska, is one of the senators who have not announced a decision on Brett Kavanaugh's nomination to the Supreme Court. Alex Brandon/AP hide caption 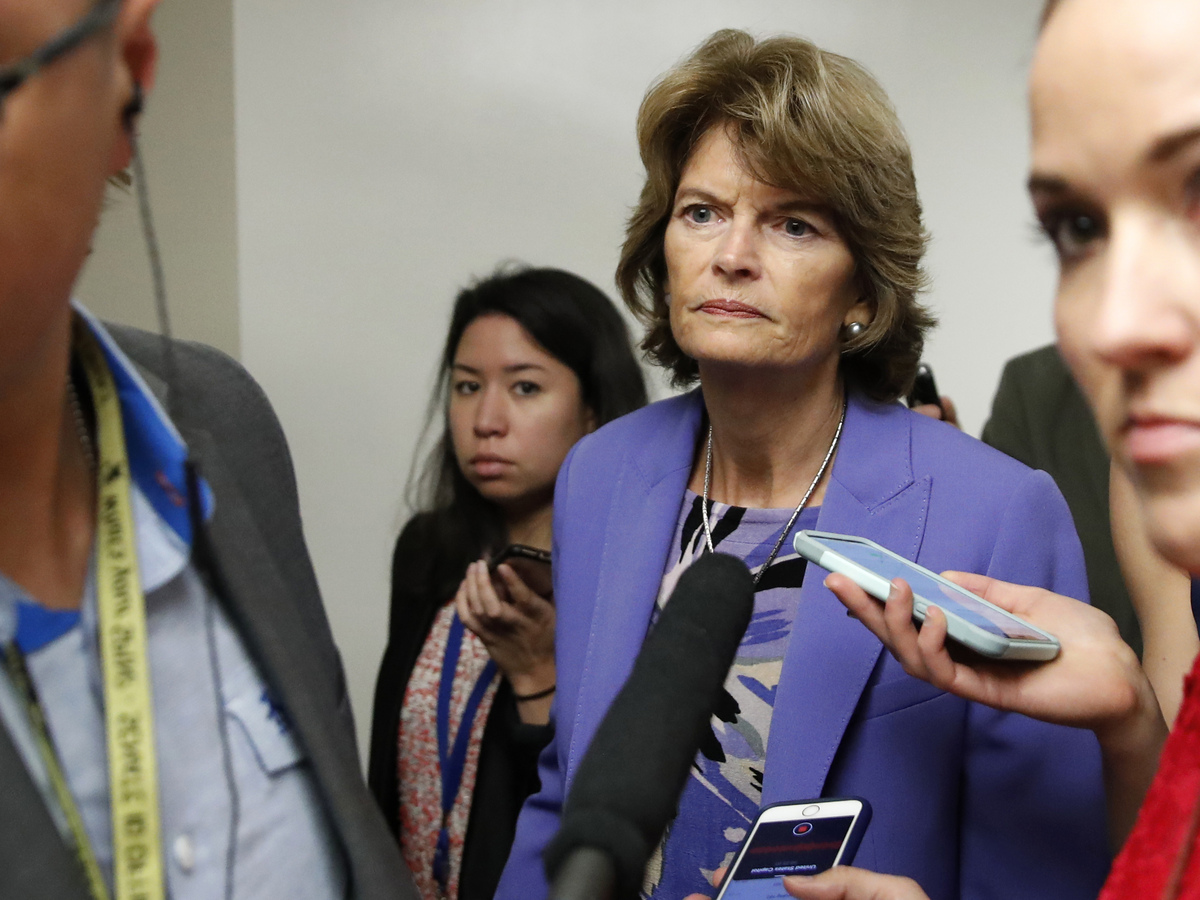 Sen. Lisa Murkowski, R-Alaska, is one of the senators who have not announced a decision on Brett Kavanaugh's nomination to the Supreme Court.

Advocacy groups are ratcheting up the war over Judge Brett Kavanaugh's Supreme Court nomination, shedding the last vestiges of a high-minded issues debate in favor of more acidic attacks on character and motives.

The attacks are fueled by the allegation, now being investigated by the FBI, that Kavanaugh sexually assaulted a girl while in prep school. And now they're further stoked by Kavanaugh's opening statement at last week's Senate Judiciary Committee meeting.

"This whole two-week effort has been a calculated and orchestrated political hit," he told the committee. He said it was funded with "millions of dollars in money from outside, left-wing opposition groups."

Since July, when President Trump nominated Kavanaugh, the warring advocacy groups have spent some $10 million on TV ads either assailing or praising him.

Advocacy organizations on both sides are able to keep donors' contributions secret. But spending on TV advertisements must be disclosed to the Federal Communications Commission, and by that measure, the conservative groups are spending more than the liberals.

The sharpest attack so far may come from the American Civil Liberties Union, which abandoned its policy of not endorsing or attacking candidates in order to challenge Kavanaugh. The ad uses quick edits to tie Kavanaugh to President Bill Clinton, who was impeached for lying about his Oval Office affair with Monica Lewinsky, and comedian Bill Cosby, now in prison for sexual assault.

The ACLU introduced the ad this week, with a million-dollar ad buy in Alaska, Colorado, Nebraska and West Virginia, the home states of two undecided senators — Lisa Murkowski, R-Alaska, and Joe Manchin, D-W.Va. — and two whom the ACLU hopes to sway — Republicans Cory Gardner of Colorado and Deb Fischer of Nebraska.

The conservative Judicial Crisis Network almost simultaneously launched an ad saying, "The liberal mob and their media allies tried to ruin a good man with smears," while Kavanaugh "fought back, clearing his name."

The spot is running in West Virginia and North Dakota, home of Democratic Sen. Heidi Heitkamp, who, along with Manchin and Sen. Joe Donnelly, D-Ind., is both uncommitted on Kavanaugh and seeking re-election next month.

"A little over $4 million has been spent running ads in just those states," said Douglas Keith of the Brennan Center for Justice at New York University law school. The center has been tracking TV ad spending on the Kavanaugh nomination.

Keith said there is another $2 million being spent in Maine, home of undecided Republican Sen. Susan Collins, and about $500,000 to reach Murkowski in Alaska. He noted that none of the targeted states have high-cost media markets.

"Especially when you're looking at states like North Dakota and Alaska," Keith said, "this is really an incredible amount of spending."