Accessibility links
Osaka, Japan, Ends Ties With San Francisco In Protest Of 'Comfort Women' Statue The memorial is meant to commemorate women who were sexually enslaved by Japan's Imperial Army during WWII. Osaka's mayor has long threatened to sever relations with the California city because of it. 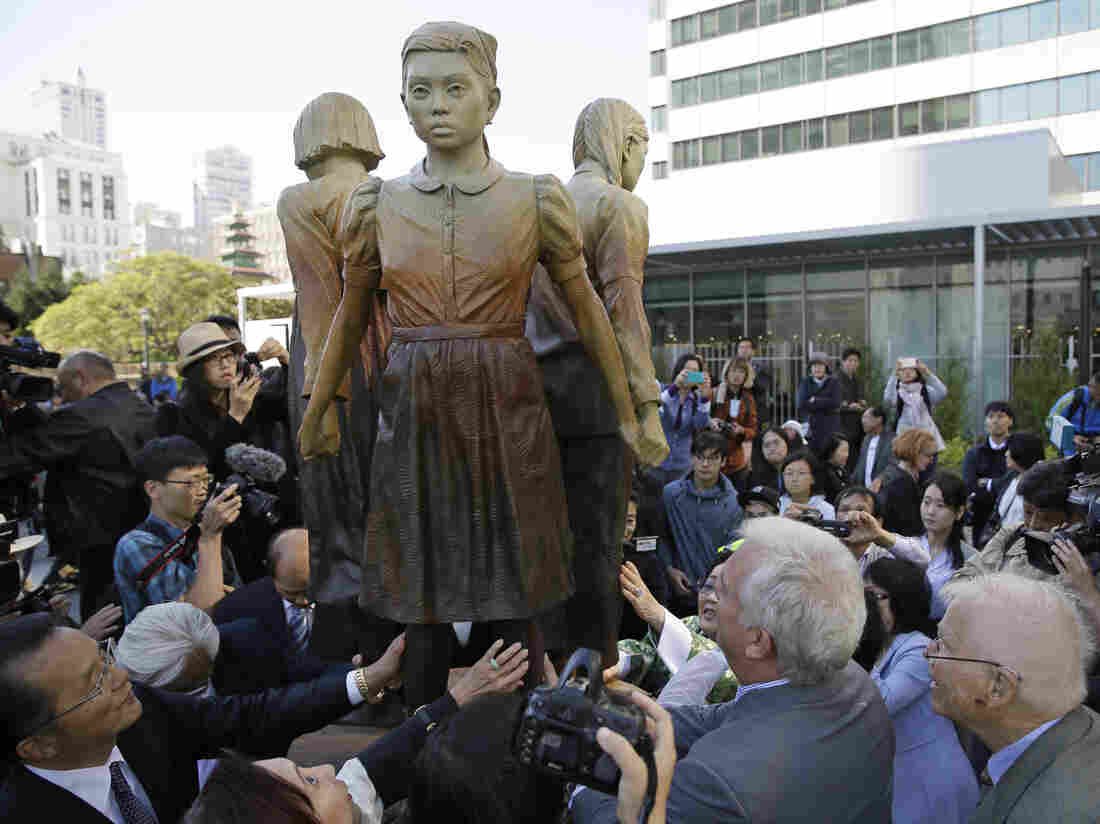 The Column of Strength monument to "comfort women" was unveiled last year. This week, the mayor of Osaka, Japan, said he was withdrawing his city from a six-decade "sister city" relationship with San Francisco over objections to the statue. Eric Risberg/AP hide caption 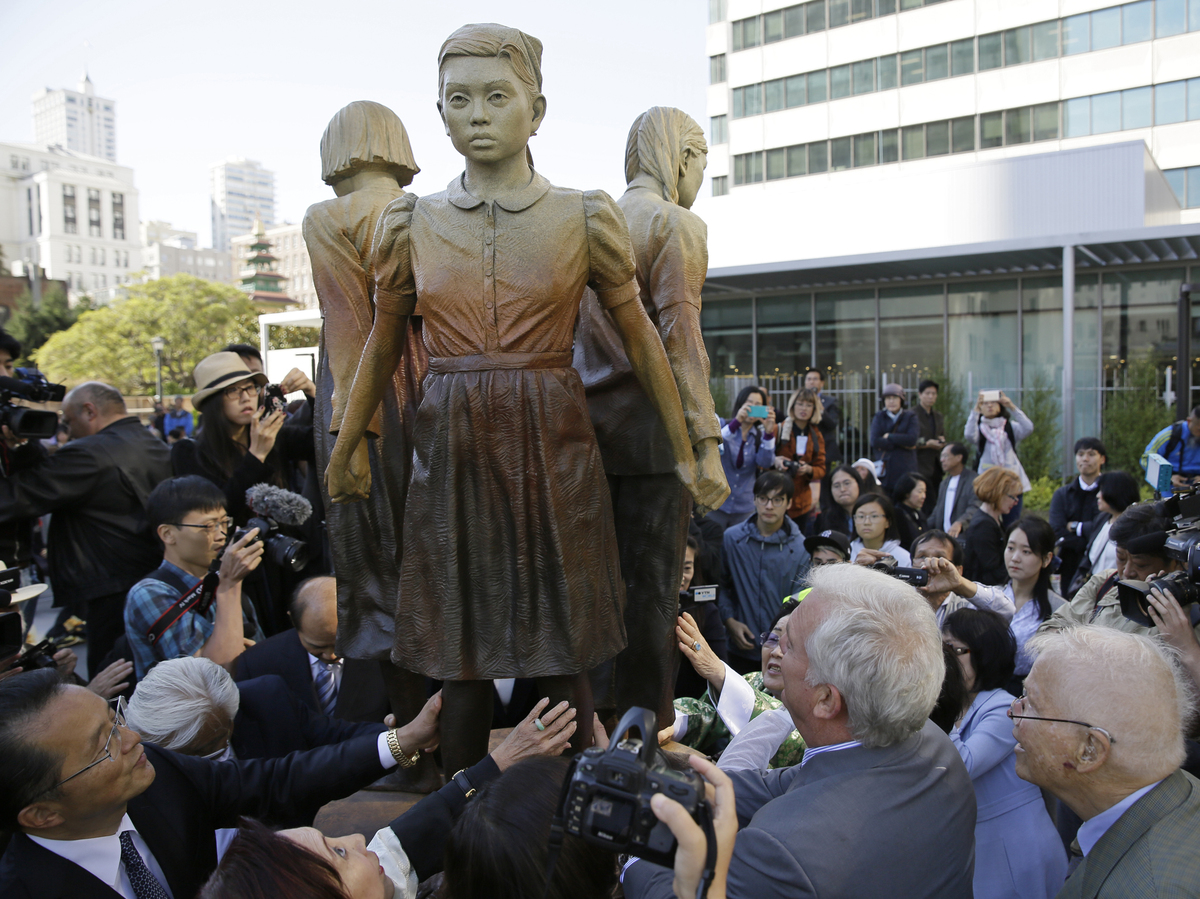 The Column of Strength monument to "comfort women" was unveiled last year. This week, the mayor of Osaka, Japan, said he was withdrawing his city from a six-decade "sister city" relationship with San Francisco over objections to the statue.

The mayor of Osaka, Japan, is ending its "sister city" relationship with San Francisco this week, following a dispute over a statue that honors women and girls who were sexually enslaved by Japan's Imperial Army during World War II.

The Column of Strength memorial consists of three women in bronze who are holding hands in a circle as they look into the distance. An older woman stands to the side.

The statue commemorates "comfort women," a euphemism for thousands who were forced, coerced and deceived into serving men at brothels near the front lines.

Yoshimura called the information an "interpretation" that has yet to be proved — adding that the number of women who were enslaved and how they were treated during their time in captivity were embellished.

He also said the statue singled out Japan for atrocities and that raising awareness about sex trafficking "should consist of words equally applicable to all countries."

According to the letter, Japanese authorities reached out seven times to San Francisco's previous mayor, Ed Lee, who died in 2017. The statue was installed last year.

"We're very saddened by his actions," Lillian Sing, a retired Superior Court judge who co-chairs the "Comfort Women" Justice Coalition, told The San Francisco Chronicle. "It provides no leadership and no vision for the future except for his continued denial of history."

Experts say thousands of women were targeted. "The Japanese military was responsible for the setting up, use, operation and control of the comfort stations," an International Commission of Jurists report found.

Investigators described life at the brothels as "living hell" for women:

In 1993, Japan conceded that the Imperial Army in World War II had enslaved women, and the country expressed "sincere apologies and remorse."

But in recent years, that apology has grown more complex. As NPR's Elise Hu reported last year, some officials in Japan have questioned whether the government was truly involved in a sexual enslavement campaign — or the women volunteered.

Yoshimura added in his letter that the memorial and plaque will only cause "further disruption" between Chinese-American, Korean-American and Japanese communities.

Prime Minister Shinzo Abe also objected to the statue, saying in November 2017 that the comfort women memoral "is not only deeply regrettable but it also opposes the views of the Japanese government."

Sister-city relations are largely ceremonial and intended to link citizens and cultures at a community level.

Jeff Cretan, spokesman for Breed, told the Chronicle, "The mayor is disappointed Mayor Yoshimura doesn't want to maintain ties between our governments, but we're committed to our sister city relationship that will continue between our San Francisco and Osaka sister city committees."