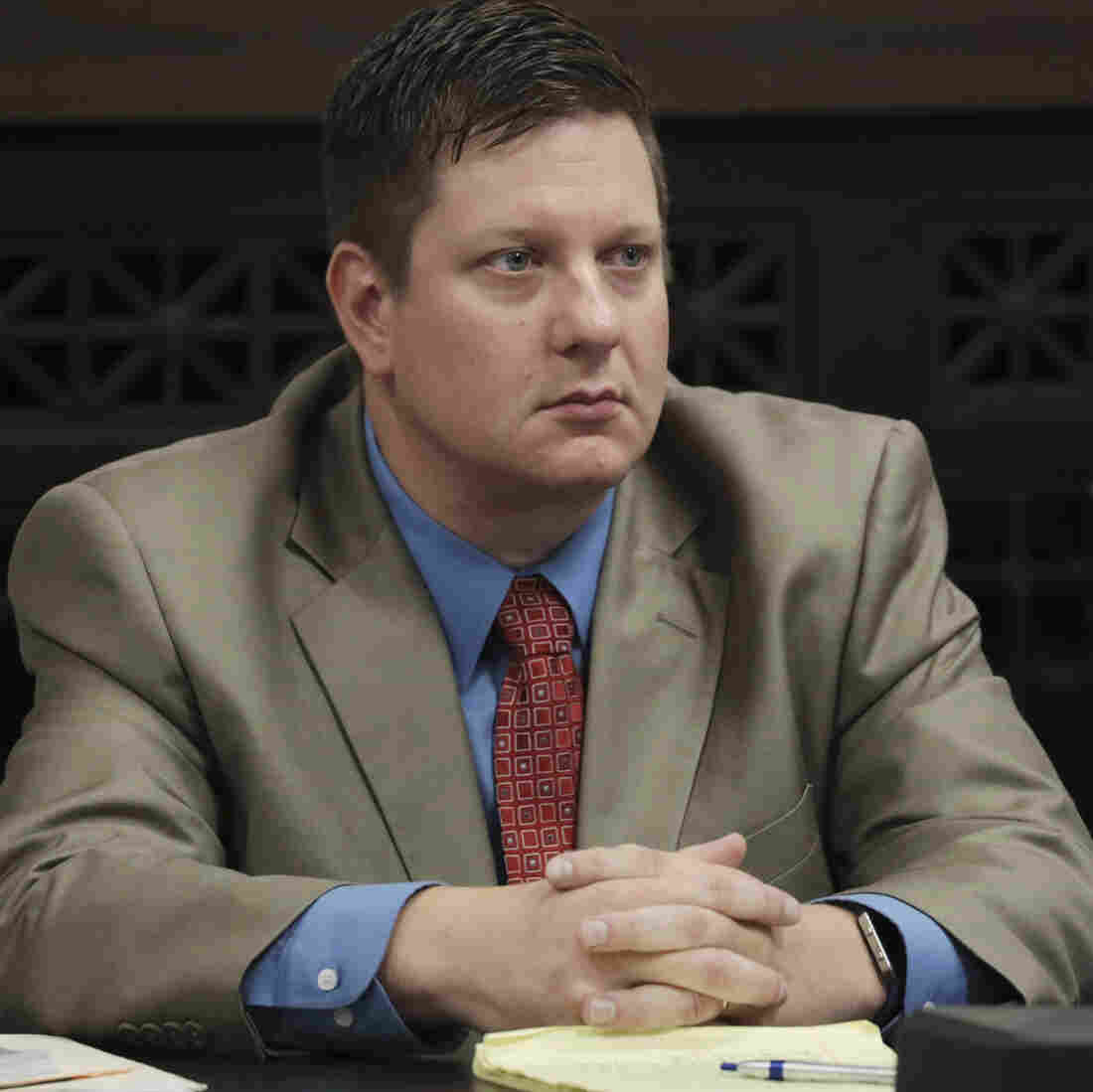 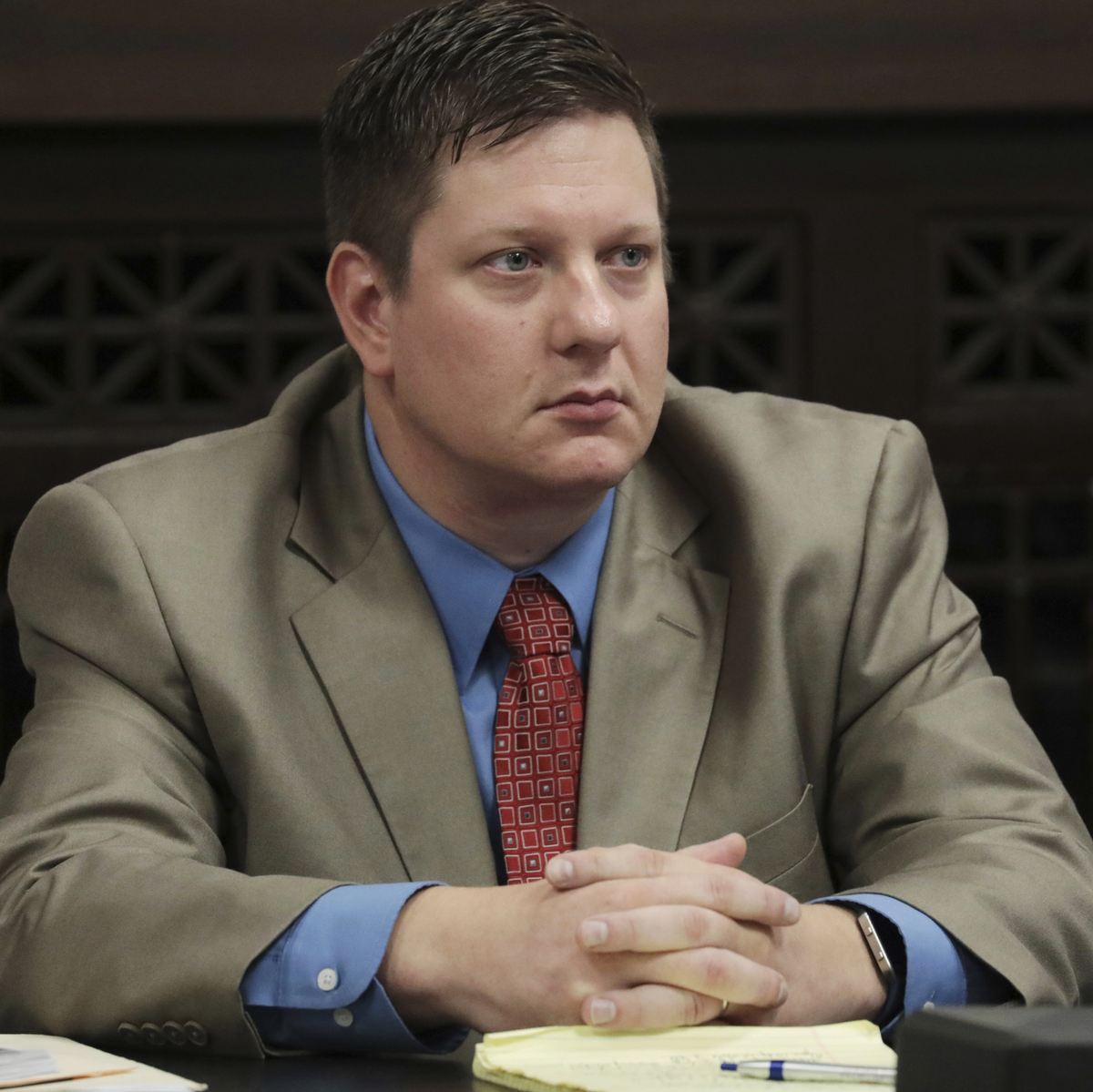 Lawyers for both sides gave the jury their final arguments Thursday in the murder trial of Chicago Police officer Jason Van Dyke in the shooting of 17-year-old Laquan McDonald.

Van Dyke, 40, faces charges of first-degree murder, aggravated battery and official misconduct in the Oct. 20, 2014, shooting death on the city's Southwest Side.

Prosecutors said Thursday that the jury also can convict the suspended officer of second-degree murder, which has a minimum sentence of probation.

But prosecutor Joseph McMahon walked jurors through the case and urged them to convict Van Dyke of the most serious charges.

McMahon, as he did in his opening statements, again implied racism and that Van Dyke shot "a kid" simply for ignoring authority.

"We're here because Jason Van Dyke didn't value the life of Laquan McDonald enough to do anything but shoot him," McMahon said.

This is not the Wild West out here, where an officer can use deadly force and shoot an individual and then try to justify it later.

In the minutes before jurors began receiving deliberation instructions, McMahon attacked the defense's case. He pointed out that Van Dyke testified that McDonald was alive and trying to get off the ground as the officer continued to shoot — a direct contradiction of defense experts who said the first shots would have been fatal.

"This is not the Wild West out here, where an officer can use deadly force and shoot an individual and then try to justify it later," she said.

Gleason stuck to the points prosecutors have been trying to hammer home — that each shot contributed to McDonald's death. She again stressed that an officer with a Taser was 45 seconds away, and Van Dyke waited just six seconds before he opened fire.

"[Van Dyke] looked at McDonald for six seconds — six seconds — before he made the irrevocable decision to shoot him, not once, but 16 times," Gleason said.

Van Dyke's lawyer, Dan Herbert, used his closing arguments to poke holes in the prosecution's "unprecedented" case. Referring to the fact that McDonald was carrying a knife with a 3-inch blade, Herbert stressed to the jury that a knife is a deadly weapon and McDonald would still be alive if he had followed police orders and dropped the weapon.

Do you see any evidence that race had anything to do with this case? When you don't have evidence, you use arguments.

Herbert also attacked "overzealous prosecutors" for suggesting Van Dyke was motivated by race: "Do you see any evidence that race had anything to do with this case? When you don't have evidence, you use arguments," he said.

He compared McDonald to a character in a monster movie and reminded the jury that the teen had attacked a truck driver and slashed the tire of a police vehicle moments before the shooting.

"When a monster turns and looks at the victim, that's when the music starts to play," Herbert said.

He said Van Dyke might not have known that McDonald was on the illegal drug PCP but that the officer could recognize that the teen was "wacked-out." Herbert quoted drug expert James O'Donnell's testimony during the trial that PCP can cause "rage, aggression, violent behavior."

Herbert ended his 55-minute argument by showing the jury the law and reminding them that Van Dyke had the authority to shoot McDonald because the teen became a fleeing felon after breaking into trucks in a nearby parking lot.

Van Dyke took the witness stand earlier this week and admitted to shooting McDonald but insisted that the teen was coming toward him with a knife. Prosecutors have said Van Dyke didn't need to shoot McDonald once — let alone 16 times — and repeatedly showed the jury a police dashcam video that appears to show the teen walking away from the officer.

The shooting got national attention in November 2015, when a judge ordered city officials to release the police dashcam video of the white officer shooting the black teenager. The political fallout lasted months: The top officer was fired, the local state's attorney was voted out of office, and the U.S. Department of Justice found Chicago police officers were poorly trained. Van Dyke was suspended.

After nearly three years of pretrial hearings, the racially charged trial started Sept. 5 with jury selection. It took about a week to find 12 jurors and five alternates. The eight women and four men who will decide Van Dyke's fate appear to consist of one African-American, one Asian-American, three Hispanics and seven whites.

The jury is expected to start deliberating Thursday afternoon and could go through the weekend, and beyond, if necessary.

This is a developing story. Check back for updates.

For more on the trial, listen to WBEZ's 16 Shots podcast.