Accessibility links
Jameela Jamil: 'My Career Is Not Reflected By The Size Of My Body' Jamil plays flighty socialite Tahani al Jamil on the NBC sitcom The Good Place, but in real life she's a disability rights advocate who speaks out against body shaming and extreme beauty standards. 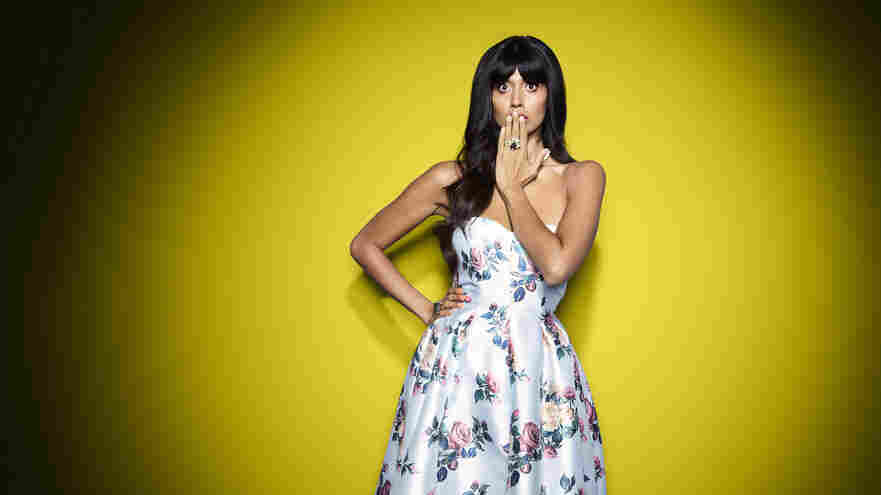 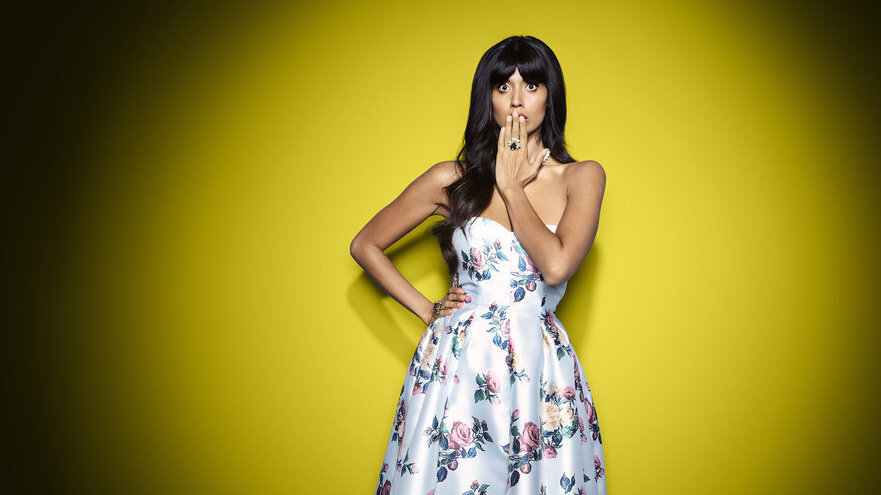 The NBC sitcom The Good Place is back for its third season, and fans will be happy to know Tahani al Jamil is as "conceited, but deeply kind, insecure, [and] vainglorious" as ever — in the words of Jameela Jamil, the actress who plays her.

But Jamil's personal story couldn't be more different from her character's. While Tahani is a selfish socialite who does massive charity events largely so she can name-drop celebrities, Jamil is a disability rights advocate and strong voice against body-shaming and impossible beauty standards for women.

On why her advocacy is deeply personal

I have experienced disability in my life — you know, I was deaf as a child, and I was hit by a car and broke my back when I was 17 and couldn't walk for over a year and a half ... I was also a very heavy child who got bullied and teased endlessly because of my weight and developed an eating disorder because of that at 14, in which I didn't eat a meal for three years and stopped menstruating. So then I got hit by a car, gained the weight back and then some — I basically gained a Spice Girl — and then, you know, it kind of slowly came off after a couple of years. And then I developed asthma, which made me go on steroids, which made me eat trees and cars and people — and I gained a lot of weight. And I had just made history as the first woman ever to host "The Official Chart" on BBC Radio 1. But the day it was announced that I had that job on the radio, it was only announced, really, that I had gained five dress sizes ... And then I had paparazzi parked outside my house for months hurling abuse at me about my weight, hoping that I would react and cry or hit one of them.

On finding self-worth in her accomplishments and not her looks

When I was being nationally fat-shamed, I held my own and it was actually still to date the most successful year of my life. I won the most awards I've ever won that year, I was in a very happy relationship that I entered into at that weight, I earned the most money I've ever made. So I was living it up at that size, so therefore it wasn't like that was a low point in my life, and now everything's great. That was an amazing time and I never took a weight-loss deal, so I think because of the fact that I thrived in that time, my career is not reflected by the size of my body, by the amount of flesh on my bones. And I'm really glad that I made all those decisions back then because I can back it up now that I'm not a hypocrite; I've lived through this.

On how The Good Place became her first acting gig

I had signed to 3 Arts as a comedy writer, and I was sort of running out of money ... I heard about this audition from my manager who said they were looking for a very annoying, very tall, Pakistani woman with an English accent ... It was as if someone had met me and had written it for me, and I was vaguely offended, actually, when my manager said, "You'd be perfect for this!" So they sent me up for it, I never thought I'd get it, but I went along anyway cause it's a great experience and even humiliating myself in front of Mike Schur could make a really funny column or something. And that very strange man, Mike Schur, gave me a job despite the fact that I had no idea what I was doing.

I've spent the last three years on an elimination diet of shame — just cutting out bit, by bit, by bit every part of my life that brings it near me.

On how the show handles diversity

There was one episode in which there was me and two other South Asian actresses on the show — none of whom were playing South Asian people with South Asian accents, we were just playing people. We constantly talk about this whenever we're on screen together, that it's so nice to have more than one [of us] on set at a time, and also for that not to be the staple part of our character. It is really quite sad how remarkable it is, but I hope more people kind of see that we haven't bombed because there are brown people on television, and they will follow suit.

On the book she's currently writing

It's about shame. It's a revolutionary approach to shame and how to kill it ... I've spent the last three years on an elimination diet of shame — just cutting out bit, by bit, by bit every part of my life that brings it near me. And it has given me such a sense of self, and such a strength, and such a sense of perspective — especially in such a such a daft industry as show business, you really need to keep your head screwed on your shoulders because people get really very carried away with stuff that doesn't mean anything at all. And so it has helped me have a real grounding, and knowledge of my own value, and a protection around myself from toxicity.