Accessibility links
Transportation Department Looks To Clear The Road For Cars Without Steering Wheels The DOT announced new voluntary guidance for autonomous vehicles. The agency wants to adapt the definition of "driver" to include autonomous systems, among other changes. 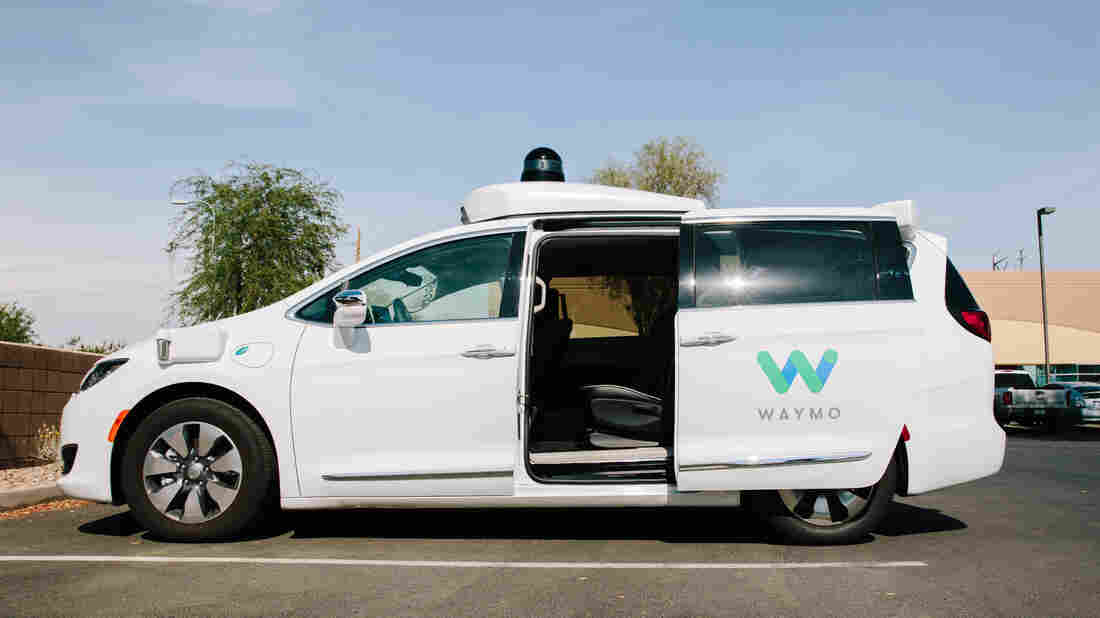 A self-driving Waymo Chrysler Pacifica in Chandler, Ariz., in July. The Department of Transportation says it wants to remove barriers to innovation in autonomous car technology. Caitlin O'Hara/Bloomberg via Getty Images hide caption 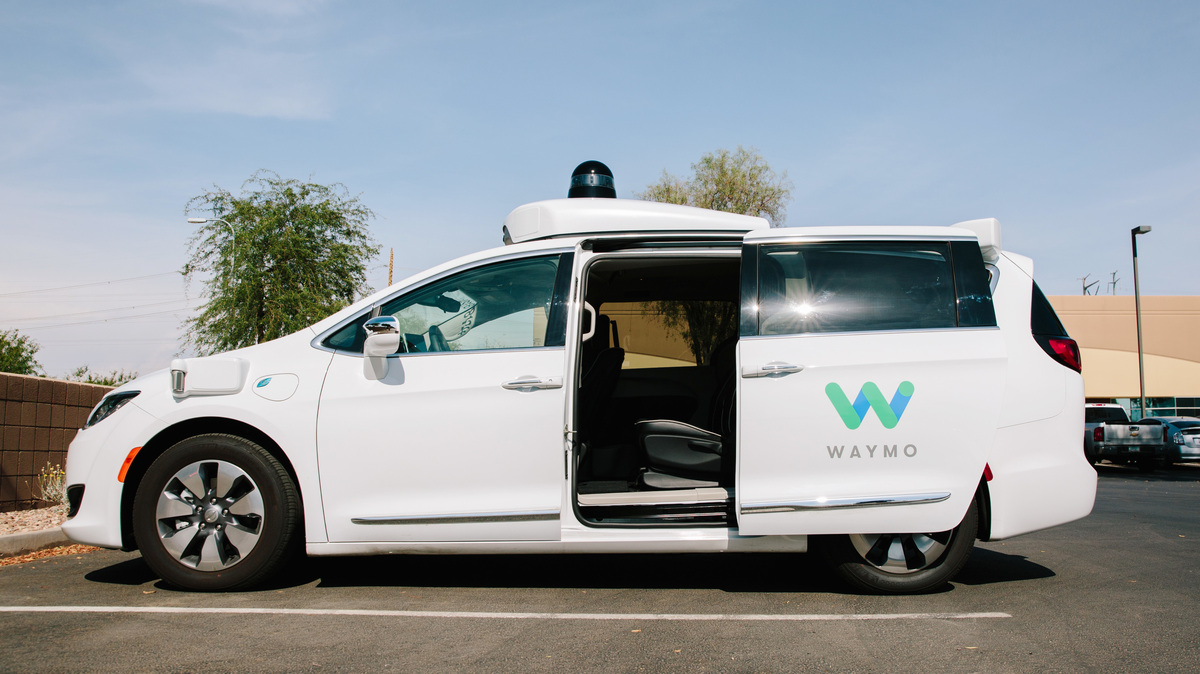 A self-driving Waymo Chrysler Pacifica in Chandler, Ariz., in July. The Department of Transportation says it wants to remove barriers to innovation in autonomous car technology.

The Department of Transportation has announced new federal voluntary guidance on the development and use of automated vehicles — with the goal of "removing unnecessary barriers" to innovation.

The department indicated it was open to changing current standards that require all cars to have steering wheels, brakes and accelerator pedals. In trying to develop future cars without drivers, those current safety requirements could "constitute an unintended regulatory barrier to innovation," the DOT says. The agency said it would seek comment on proposed changes and consider "the possibility of setting exceptions to certain standards."

The DOT also said it plans to "adapt the definitions of 'driver' and 'operator' to recognize that such terms do not refer exclusively to a human, but may include an automated system."

With regard to trucks and buses in particular, regulators will "no longer assume" that the driver "is always a human," the agency said.

The document outlines principles — including safety goals, how to remain "neutral" on technology and "enhancing the freedoms" of the "open road" — in its update on guidance from a year ago.

The agency also asserted its power to preempt local government rules that it says could conflict with federal ones, while saying that the Federal Motor Carrier Safety Administration — the DOT branch that handles large trucks and buses — would "update regulations to better accommodate" automated driving technology.

The ability to travel across state lines — with the same rules for autonomous vehicles in multiple states — is especially important for companies hoping to employ self-driving long-haul trucks. The federal agency said it "urges" local governments to streamline and make compatible rules across state lines.

Some states, such as Arizona, have proven to be more friendly to serving as testing grounds than others. Waymo, a subsidiary of Alphabet, plans to begin a driverless ride-hailing service for the general public in the state later this year.

Arizona has also been a testing ground for Uber's work on self-driving cars, though testing was halted after an Uber-operated SUV hit and killed a woman walking with a bicycle in March in Tempe.

Automated vehicle makers and their supporters have made a lot of the idea that driverless cars could lead to safety improvements. According to the DOT, 37,133 people were killed in car crashes on U.S. roads last year. A computer-driven car would ostensibly be safer — without drunk, tired or distracted drivers.

Even so, "after several widely publicized crashes — tragic incidences — nearly three-quarters of American drivers report that they're afraid, they're anxious to ride in a fully self-driving vehicle," Chao said Thursday.

The DOT echoed a research finding last year that argued that getting more autonomous cars on the road sooner — despite the risks — would be better than waiting for the technology to be nearly perfect. "Delaying or unduly hampering automated vehicle testing until all specific risks have been identified and eliminated means delaying the realization of global reductions in risk," the agency argued.

Advocates for Highway and Auto Safety, a group that represents consumer groups and insurance companies, called the new guidance "weak," saying the document includes "no standards or regulations such as functional safety requirements to ensure the safe performance of automated driving systems in cars and trucks."

"All road users should be given access to safety information about an AV they may ride in, purchase, drive next too, or encounter as a pedestrian or bicyclist," the group added. "Yet once again, U.S. DOT is allowing AV manufacturers to keep this critical data under wraps."

The Transportation Department said it would also work with the departments of Labor, Commerce and Health and Human Services to study how automated cars would impact the jobs of drivers in the coming years.