Accessibility links
A Veteran Finds Relief Through Fashion: 'It Was So Much About Finding My Peace' During his Army deployment, Duane Topping began poring through fashion magazines. In retirement, what started as a sewing hobby to help alleviate his PTSD flourished into a new career as a designer. 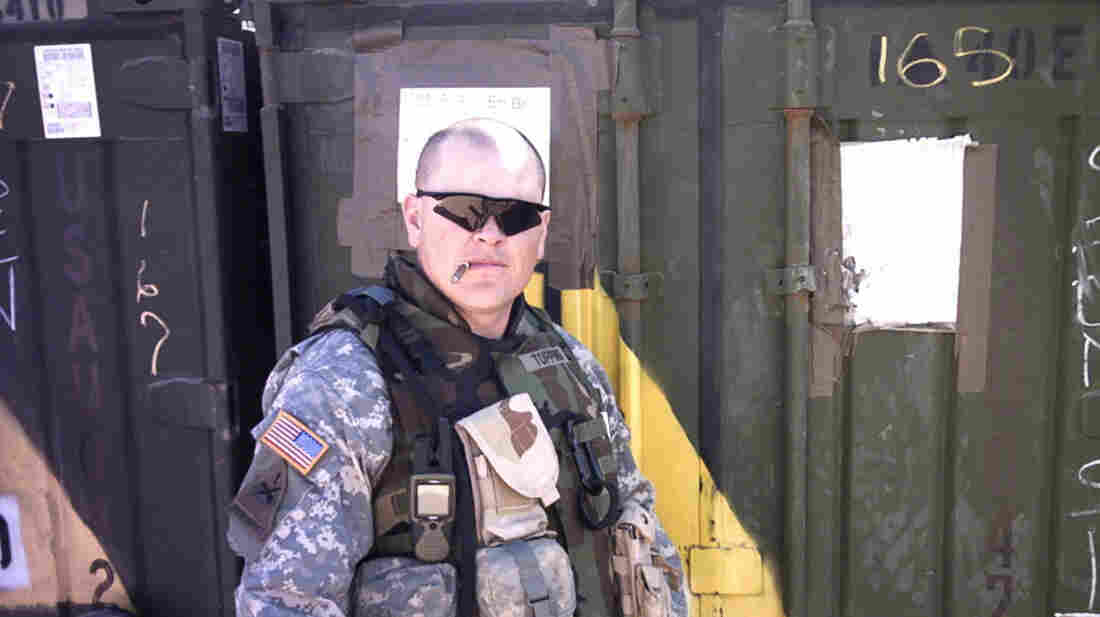 Duane Topping, during his second deployment, as an Army Specialist in Kuwait in 2006. Courtesy of Duane Topping hide caption 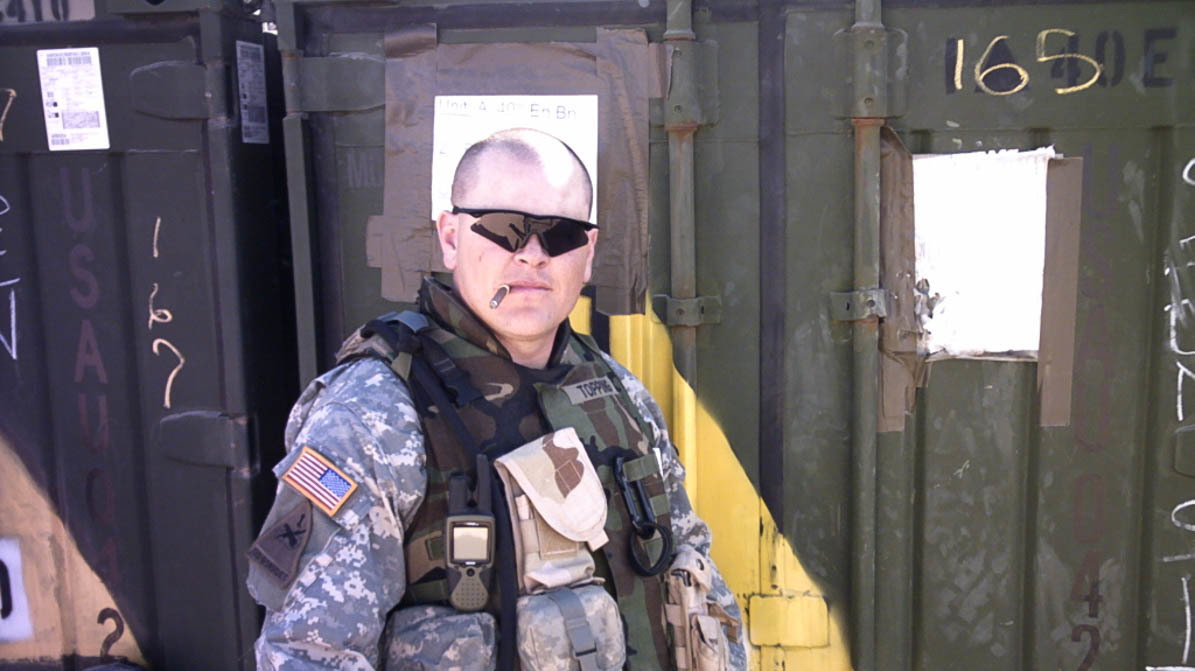 Duane Topping, during his second deployment, as an Army Specialist in Kuwait in 2006.

With tattooed arms and a well-worn leather jacket, Duane Topping looks like the kind of guy you'd meet at your neighborhood dive bar. In fact, after serving three tours as an Army specialist in Iraq, that's where he spent many nights to try to ease his anxiety.

But while he was deployed, Duane found comfort in a more unlikely place.

When the soldiers were distributed care packages, split up between male and female, he gravitated toward the "girl ones," Duane, 42, says in a StoryCorps interview recorded with his wife, Jamie Topping, 39, in May.

"I would tease you," Jamie says.

Duane says that at first, it was a way to stay connected with his wife, but his burgeoning interests in fashion would also help him cope with his transition from military to civilian life. 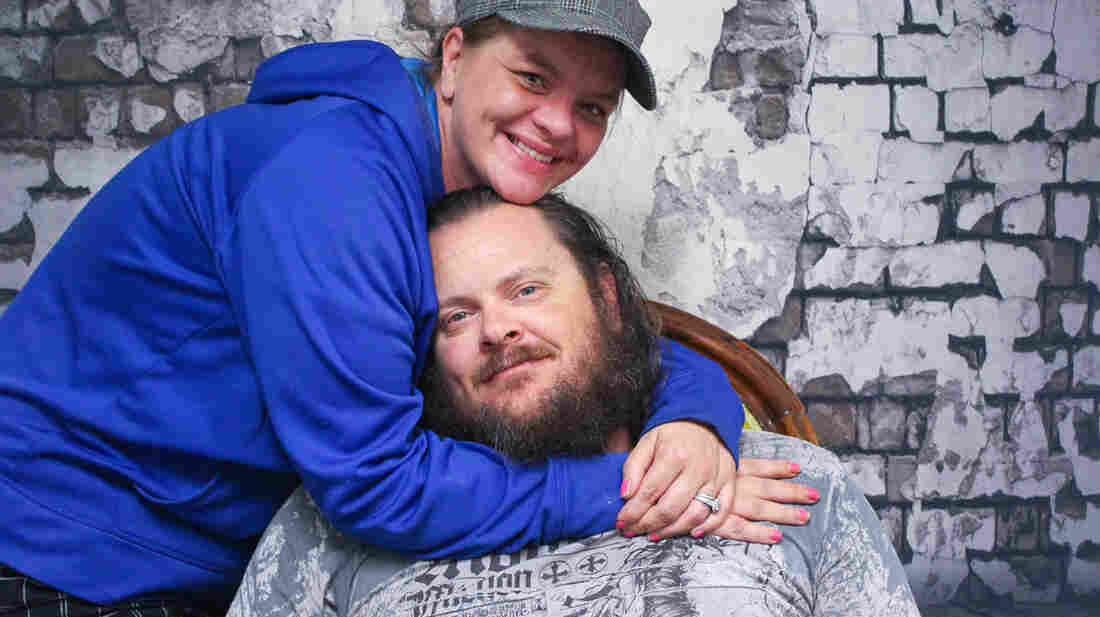 Jamie Topping embraces Duane Topping during their StoryCorps interview in May, at their Denver-based studio. Mia Warren/StoryCorps hide caption 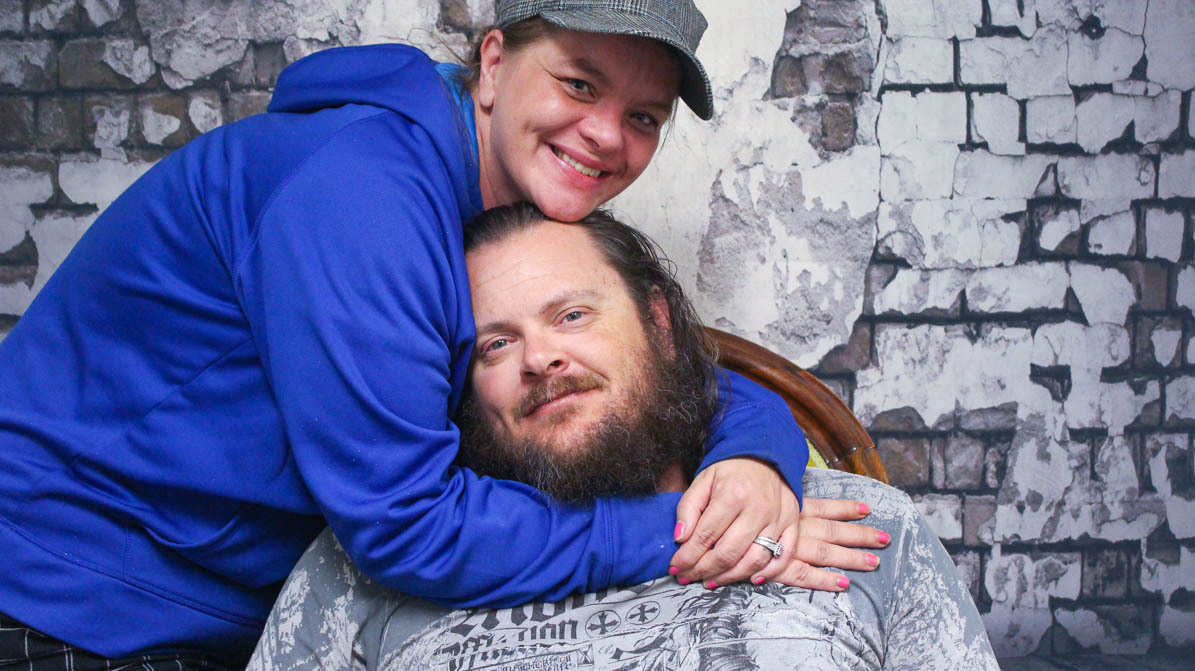 Jamie Topping embraces Duane Topping during their StoryCorps interview in May, at their Denver-based studio.

In 2012, when Duane medically retired from the Army due to post-traumatic stress disorder and a back injury, he had trouble reacclimating to daily life. "I didn't know what I was going to do with myself," he says.

Duane struggled with anxiety, anger and a lack of direction.

"You lost yourself," Jamie says.

"I mean, I tried being a motorcycle mechanic. That lasted about three weeks," he says. He turned to drinking and staying out late to deal with his PTSD.

Jamie says she would sometimes find her husband in the yard at night, when he would experience flashbacks, she says.

When Duane decided to pick up sewing as a hobby, he put the sewing machine to use as soon as he bought it. "It just blossomed from there," he says. 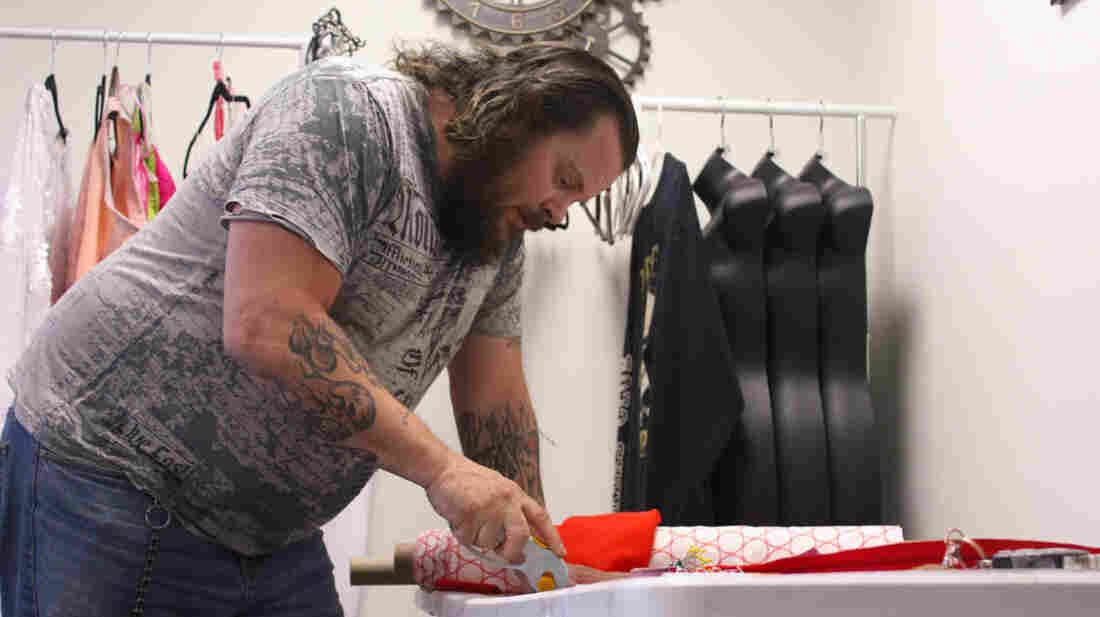 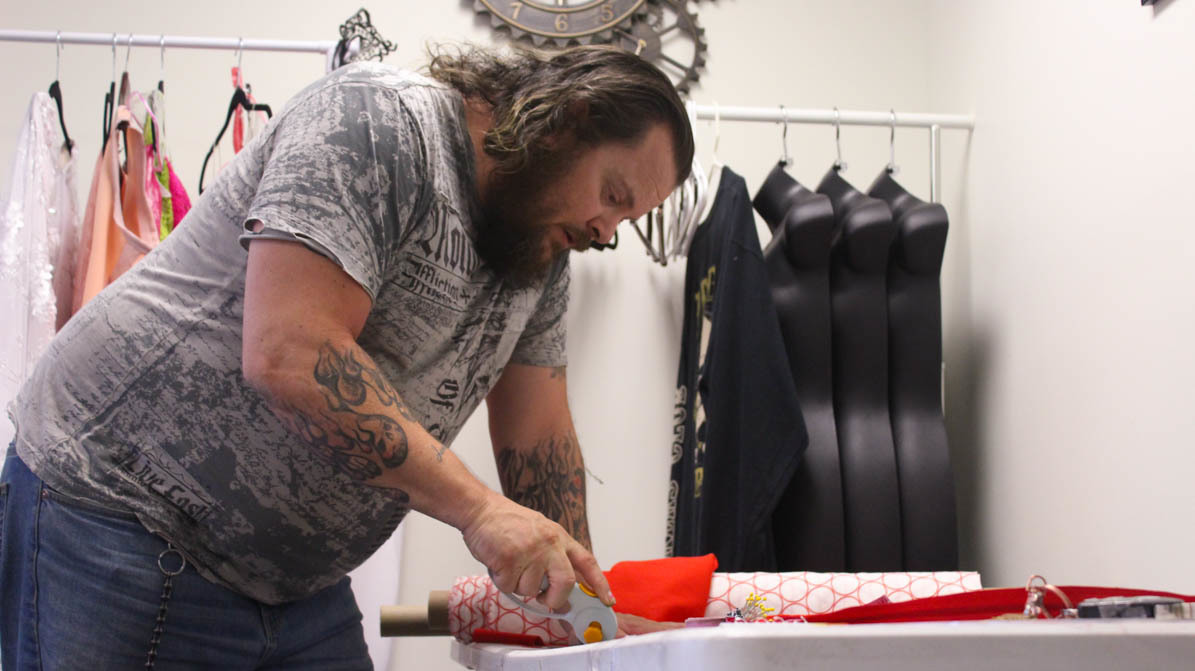 Duane Topping works at his design studio in the Denver suburb of Wheat Ridge, Colo.

The couple remembers Duane's first creation — a purse — in amusement. "It was upside down," he says.

"And inside out," Jamie adds.

"Those first designs — I didn't know how to do zippers, I couldn't do sleeves," Duane says.

"But it didn't frustrate you," Jamie says. "You just kept working."

For Duane, it was never about mastering the craft. "At that time, it was so much about finding my peace," he says. "So much of the world is just noise. And for me, it's that noise that brings the anxiety."

Sewing helped Duane tune out the stressful stimuli that intensified his anxiety.

"When I sew, that world of noise and chaos is a world that I have control over," he says. "That's my six inches and no one else can get in there. And I think, for me, that's where the peace is."

'He Had A Very Sad Heart': This Memorial Day, Remembering The Overlooked Heroes