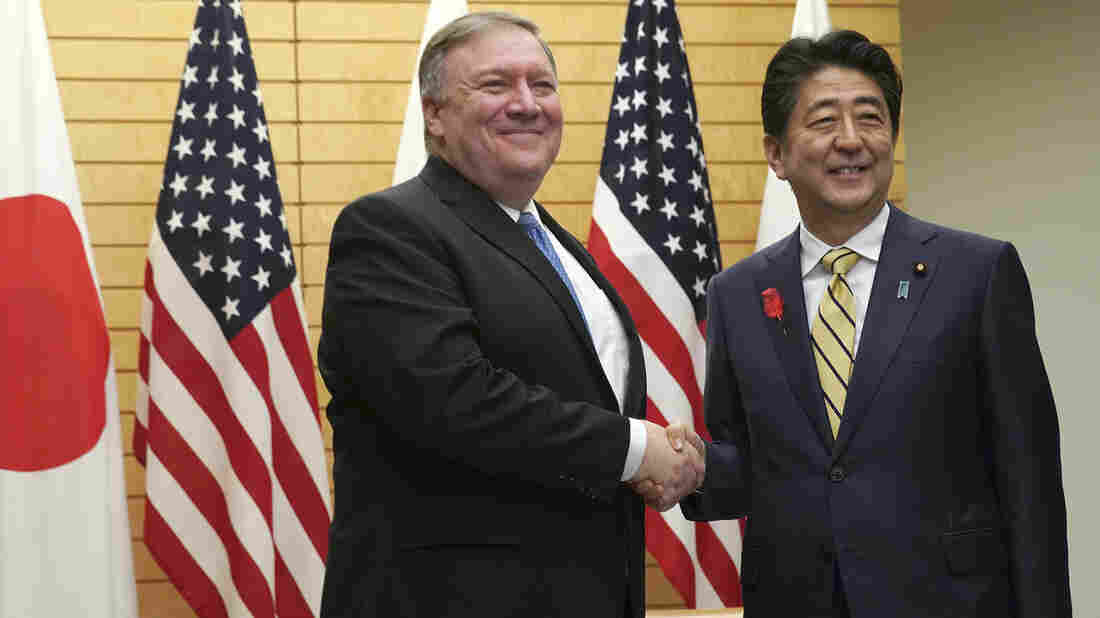 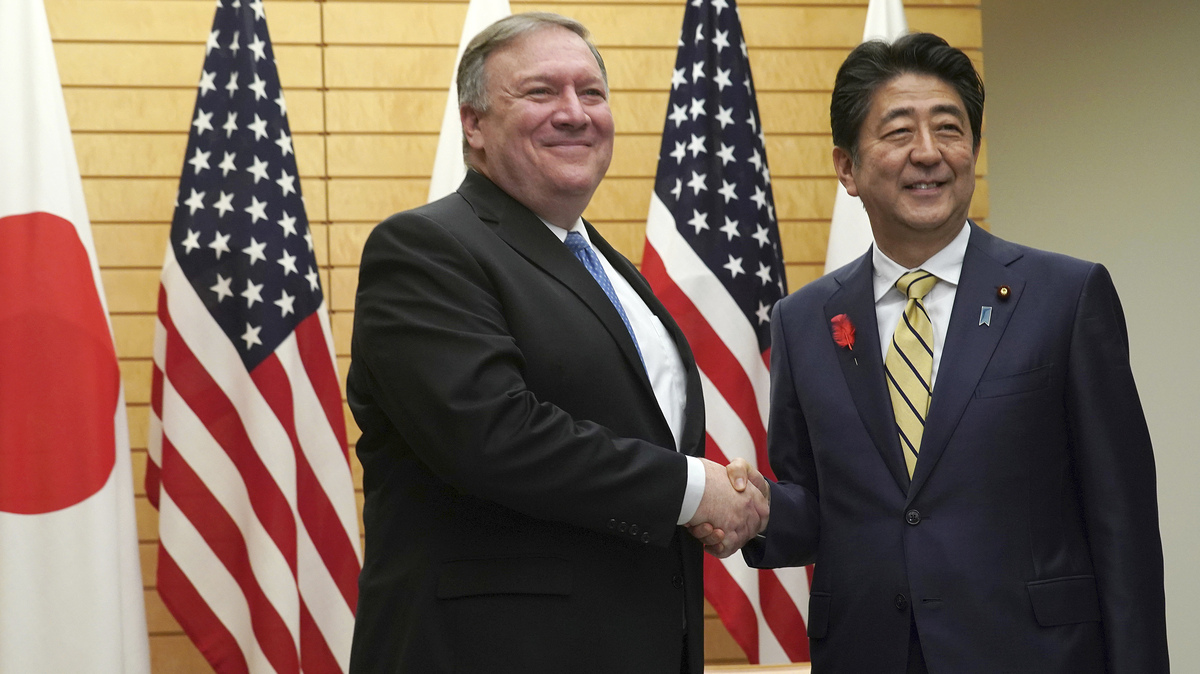 Secretary of State Mike Pompeo's trip to Asia has begun. Pompeo will be in Tokyo Saturday and Sunday and has already met with Japanese Prime Minister Shinzo Abe there.

On Sunday, Pompeo is scheduled to travel to Pyongyang for a meeting with North Korean leader Kim Jong Un. He will then travel to Seoul for a meeting with South Korean President Moon Jae-in. Pompeo will finish his trip in Beijing, and it is still unclear which Chinese counterparts he will meet with there.

According to the Associated Press, Pompeo met with Abe Saturday and told him he wanted to have "a fully coordinated and unified view" before his meeting with Kim in Pyongyang. Pompeo also promised Abe he would bring up the issue of Japanese citizens abducted by North Korea in his meetings with North Korean officials.

Pompeo was relatively vague in his statements to pool reporters aboard his plane on Friday, but he said his upcoming meeting with the North Korean leader was about making sure "we understand what each side is truly trying to achieve" and firming up plans for a second summit between President Trump and Kim.

In a press briefing Tuesday, State Department spokesperson Heather Nauert emphasized that Pompeo's meeting with Kim in Pyongyang demonstrates adherence to a promise, made at the historic face-to-face summit Trump had with Kim in June, to continue the conversation between North Korea and the U.S.

"I think it shows forward progress and momentum that the Secretary is making his fourth trip back in less than a year," Nauert said.

Last month, President Trump told the U.N. General Assembly of the "tremendous progress" he and North Korea leader Kim had made in negotiations. Last Saturday, Trump proclaimed to the crowd at a West Virginia rally that he and Kim "fell in love" after a series of "beautiful letters" Kim wrote him.

But there is evidence that progress between the two countries may be more limited than this rhetoric implies. According to Reuters, a commentary issued by North Korea's official news agency KCNA earlier this week said policy experts are "spouting rubbish" when they say North Korea should disclose details of its nuclear program. U.S. officials have maintained, however, that verified denuclearization remains a precondition for sanctions relief.

In August, Trump himself said the denuclearization process was moving less smoothly than he'd hoped, and he abruptly cancelled a planned Pompeo trip to North Korea because of this concern.

"I have asked Secretary of State Mike Pompeo not to go to North Korea, at this time, because I feel we are not making sufficient progress with respect to the denuclearization of the Korean Peninsula," Trump tweeted in August.

I have asked Secretary of State Mike Pompeo not to go to North Korea, at this time, because I feel we are not making sufficient progress with respect to the denuclearization of the Korean Peninsula...

In that same series of tweets, Trump also linked the stall in denuclearization to U.S.-China trade relations: "Because of our much tougher Trading stance with China, I do not believe they are helping with the process of denuclearization as they once were (despite the UN Sanctions which are in place)..." he wrote.

Pompeo is scheduled to meet with Chinese officials on Monday, and he will do so against a backdrop of an ongoing trade dispute. Tension between the two governments also surfaced at last month's U.N. Security Council meeting when President Trump accused the Chinese government of trying to interfere in the U.S.'s upcoming midterm elections.

When asked about this backdrop, Nauert responded: "Look, I think in any relationship, you have your high points, you have your medium points, and ... with some countries you have your low points. And I'm not going to characterize our relationship with China in any one of those three ways, but relationships can ebb and flow over time. So we have a lot — certainly a lot to talk about with the government of China and look forward to that trip."

Nauert also could not name who Pompeo would be meeting with in Beijing — just that "there's the expectation that he meets with someone who's his appropriate counterpart."

Nauert also said she could not comment much further on the purpose of Pompeo's time in China. "The trip is, as far as I understand, to have conversations about North Korea and other issues of bilateral concern," Nauert said. "I don't have anything beyond that right now."

Pompeo's trip to Seoul, where he will meet with South Korean President Moon Jae-in, will likely involve reviewing negotiations with North Korea. Moon has been enthusiastic about a peace process with North Korea: Last month, the two Korean leaders held their third-ever meeting, the first meeting to take place outside the demilitarized zone.