Accessibility links
'We Just Got Banksy-ed': 'Girl With Balloon' Sells For $1.4M Before Self-Destructing Shortly after the auctioneer's hammer fell, the mysterious street artist's well-known painting passed through a shredder, shocking spectators and bidders at a Sotheby's auction house in London.

'We Just Got Banksy-ed': 'Girl With Balloon' Sells For $1.4M Before Self-Destructing

'We Just Got Banksy-ed': 'Girl With Balloon' Sells For $1.4M Before Self-Destructing 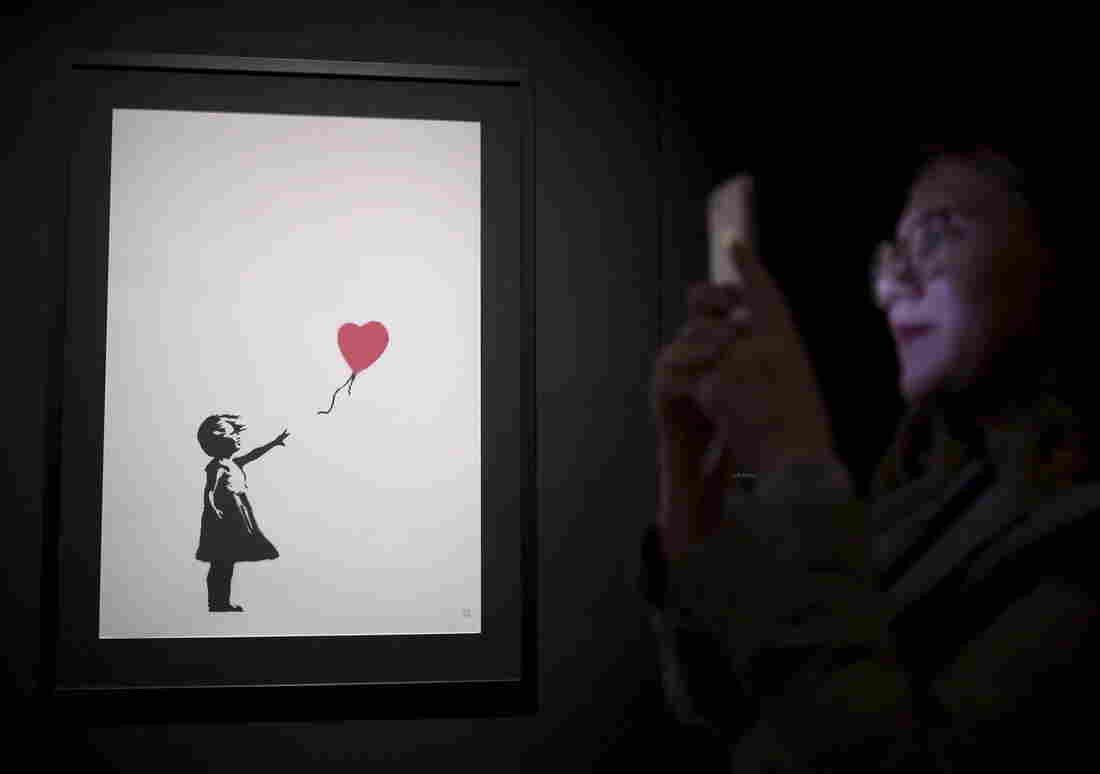 One of Banksy's "Girl With Balloon" paintings is on display at an exhibition opening of works by the England-based street artist, at St. Petersburg's Manege Central Exhibition Hall in September. Anton Vaganov/TASS via Getty Images hide caption 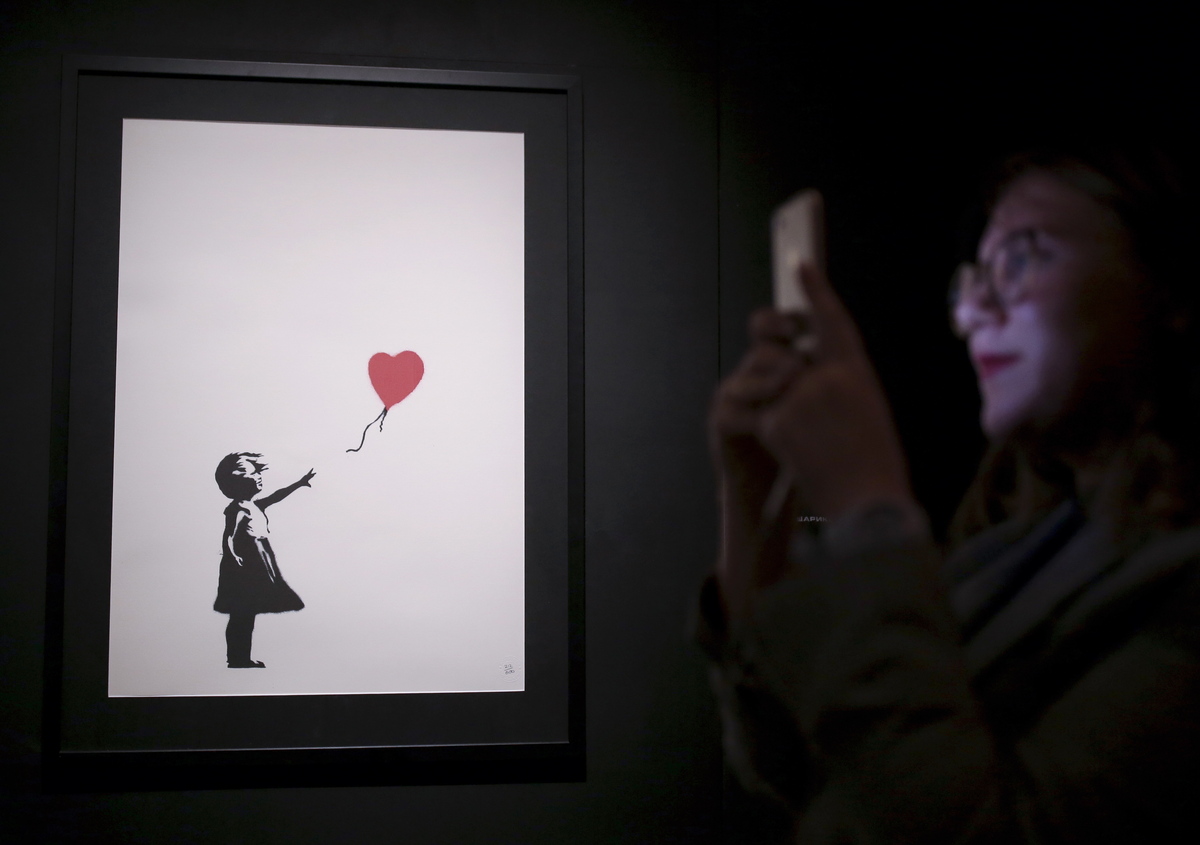 One of Banksy's "Girl With Balloon" paintings is on display at an exhibition opening of works by the England-based street artist, at St. Petersburg's Manege Central Exhibition Hall in September.

"Girl With Balloon," one of the most recognized works of the England-based street artist known as Banksy, fetched a hefty $1.37 million (£1.04 million) at a Sotheby's auction in London on Friday.

But perhaps the real art installation didn't arrive until after the piece was sold.

Shortly after the auctioneer's gavel fell, Girl With Balloon demolished itself. The artwork passed through the bottom of its golden frame, producing a partially shredded canvas. With some of the image hanging down in strips, the 2006 work of spray paint on canvas of a girl reaching for a red, heart-shaped balloon was swiftly carried off.

On his Instagram account, Banksy dubbed the painting "Going, going, gone ..." in a captioned photo of the work. Banksy also released a video of the stunt with a caption that he attributed to Pablo Picasso that read: "The urge to destroy is also a creative urge."

(According to The New York Times, this quote is often credited to Picasso, but it's also been attributed to Mikhail Bakunin, a Russian anarchist who died before the Spanish painter was born.)

In the same Instagram clip, someone presumed to be the anonymous artist revealed his process.

"A few years ago I secretly built a shredder into a painting," reads a caption, before a person wearing a hoodie installs the device. The video then cuts to a final annotation, "In case it was ever put up for auction..."

. "The urge to destroy is also a creative urge" - Picasso

"It appears we just got Banksy-ed," Alex Branczik, Sotheby's head of contemporary art in Europe, said in a statement on the auction house's website.

The auctioneer's hurried attempts to bring the shocked spectators' attention back to the block led some to suggest that Sotheby's employees were in on the scheme.

But Sotheby's says otherwise. It claims the event shocked the art world, and "certainly marks the first time in auction history that a work of art automatically shredded itself after coming under the hammer."

Getting 'Banksied' Comes With A Price — And Maybe A Paycheck

Banksy's Latest Work Takes On The Meat Industry ... With Puppets

Banksy is known for his subversive public art installations and graffiti murals. In 2015, the artist conceived "Dismaland" — a haunting exhibit he called a "festival of art, amusements and entry-level anarchism." But when the Dismaland website crashed in response to high ticket demand, the disappointment lived up to the "bemusement" park's name when people were convinced it was all part of his art.

Whether the Banksy painting's final bidder is expected to pay "as is" for the painting is unclear. On the Sotheby's website, the work was still listed as having sold at £1.04 million at the time this story was published.

But after the head-turning display, commenters on social media surmised that the shredded Girl With Balloon will soar in value, once the shredded pieces are patched back together.