Accessibility links
China Makes A Big Play In Silicon Valley "The Chinese figured out that technology is the key to wealth and power, and the source of technology is still the West for China," says one China and tech watcher. 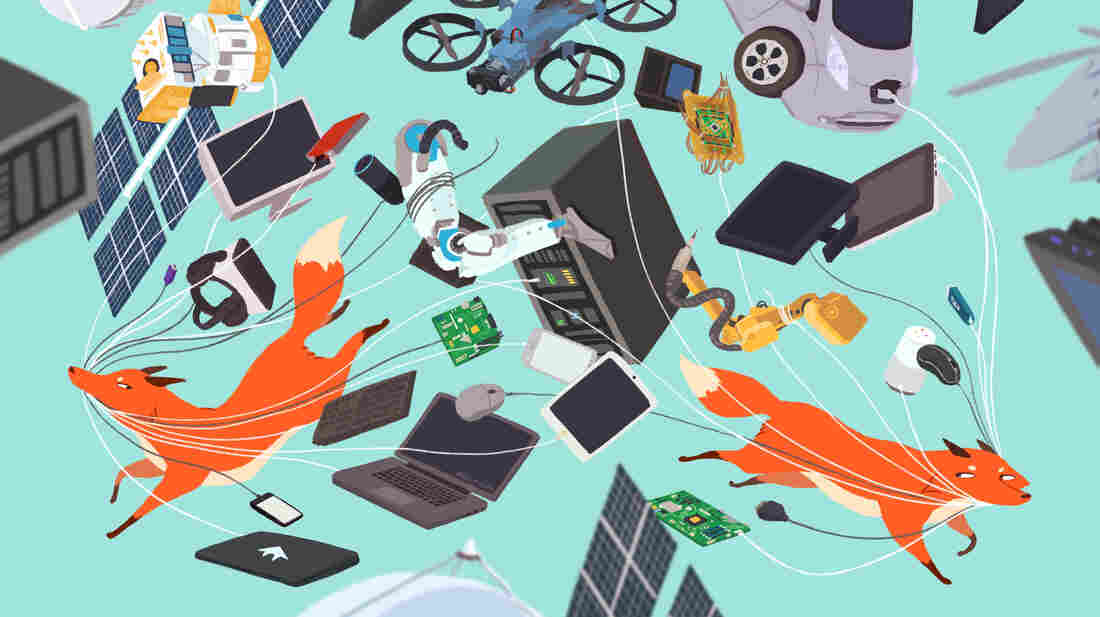 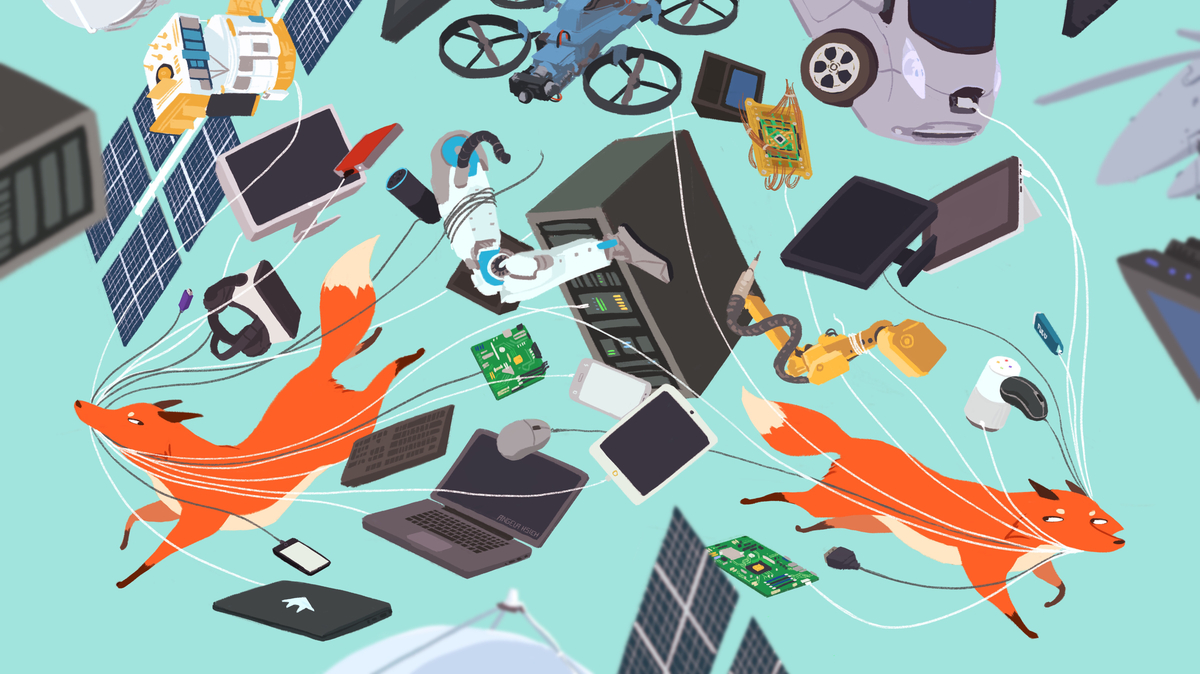 A year ago, Chinese President Xi Jinping stood before the 19th Communist Party Congress and laid out his ambitious plan for China to become a world leader by 2025 in advanced technologies such as robotics, biotechnology and artificial intelligence.

It was seen as a direct challenge to U.S. leadership in advanced technology. James Lewis, a specialist in China and technology at the Center for Strategic and International Studies, says China recognizes that technological superiority helps give the United States an edge in national security and wants in on it.

"The Chinese figured out that technology is the key to wealth and power, and the source of technology is still the West for China," says Lewis. The question is: "How do they get their hands on that Western technology?"

The Chinese government has been forming global partnerships with Western think tanks, recruiting key talent at networking events sponsored by the Chinese government and working with U.S. universities, says Michael Brown, managing director of the Pentagon's Defense Innovation Unit in Mountain View, Calif. The unit was set up in 2015 to help the U.S. military capitalize on emerging commercial technologies.

"I'd say they're very systematic, very long term in their approach and very well-funded," Brown says.

And, he notes, there is serious concern in Washington that China could acquire too much sensitive U.S. technology and transfer it back home.

Just this past week, Bloomberg Businessweek magazine reported the United States was investigating whether China had infiltrated the Pentagon and major companies such as Apple and Amazon by building spy chips into server motherboards. The motherboards were manufactured in China. The companies deny the allegations.

Chinese companies also troll bankruptcy courts, looking for failing U.S. firms, and target small enterprises making valuable technology, such as semiconductors. Chinese companies are also pumping millions of dollars and other resources into tech firms in Europe and the U.S. as a way to capture innovation and know-how.

That's illustrated in Sunnyvale, in the heart of Silicon Valley, where U.S. tech giants including Microsoft, LinkedIn and Yahoo have a presence. Right next to a Google complex is a building housing the offices of Baidu — China's largest Internet provider and Google's rival.

Baidu opened its innovation center, called the Institute of Deep Learning, four years ago, with a focus on a self-driving vehicle called Apollo. Other Chinese tech powerhouses — Alibaba, Tencent and Huawei — also have Silicon Valley research and development centers.

China Unbound: A Special Series Reported In Over A Dozen Countries

Instead of buying an existing U.S. business, these Chinese tech giants come to the U.S. and build new companies from the ground up, in what's known as "greenfield" investments. Lewis says these Chinese tech companies hire away a lot of U.S. employees who might otherwise work for American businesses.

"People change jobs frequently in the tech industry. And [Chinese businesses] say, 'I'll pay you a little bit more than the market rate.' You'll get a lot of talent," he says. "This is a way to acquire know-how."

Chinese venture capital has helped fuel a surge of minority investments in U.S. tech startups over the past few years. These startups could be working on breakthrough technology.

Adam Lysenko, a senior analyst at Rhodium Group, an economic research firm, says American entities represent the largest venture capital investment in startup technology companies, but Chinese investment accounts for about 15 percent of the deals. In the past eight years, there were more than 1,300 rounds of funding for U.S. startups with at least one Chinese investor, Lysenko says, totaling about $11 billion of Chinese investment.

"It is very common for Chinese firms to have some sort of ties to the government," Lysenko says. "And those ties can be in many different forms. It might just be because they have to answer to the government and party leaders back at home. And that [confers on] the state some level of control essentially over every Chinese firm."

After a record 2017, Rhodium Group predicts 2018 will be another record year for Chinese venture capital into U.S. startups. Lysenko says this has become a concern in national security circles because the nature of emerging technology is inherently dual-use: The artificial intelligence algorithms that help speed up your smartphone could also be applied to weapons on the battlefield. 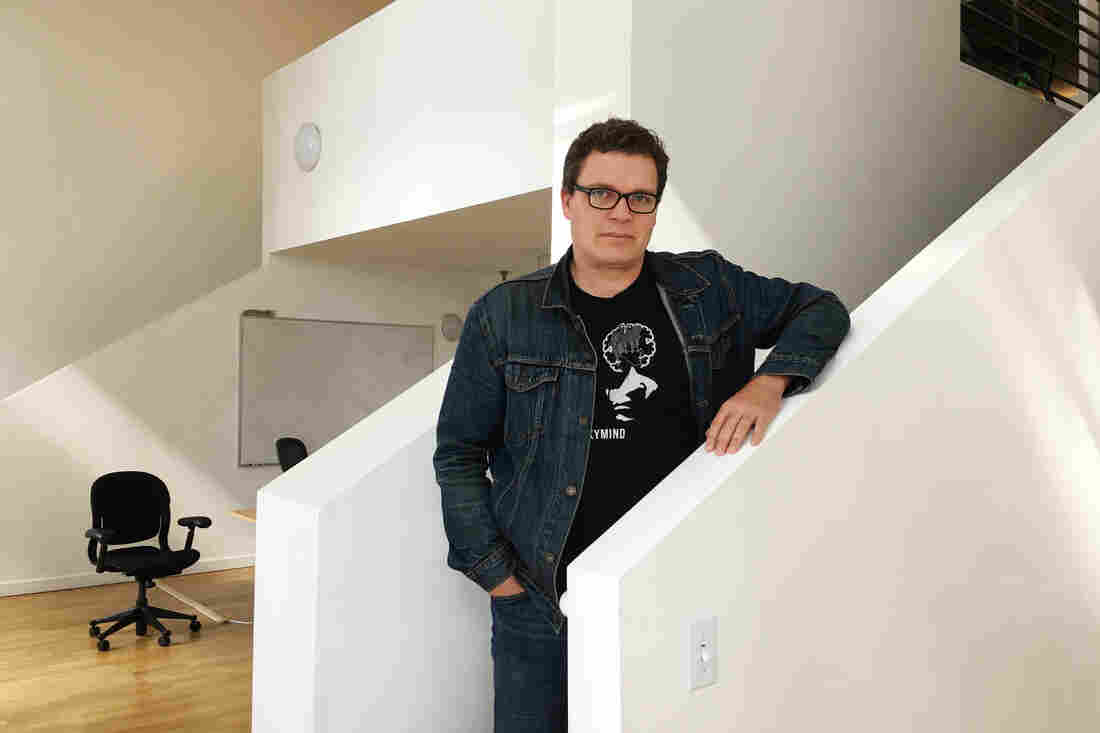 Chris Nicholson is the CEO of Skymind, a San Francisco-based startup, which makes open-source artificial intelligence tools for businesses and employs about 30 people in the U.S., Canada and Asia. He says the company was fragile at the start — until it got its first investment of $200,000 from Chinese consumer tech powerhouse Tencent. Jackie Northam/NPR hide caption 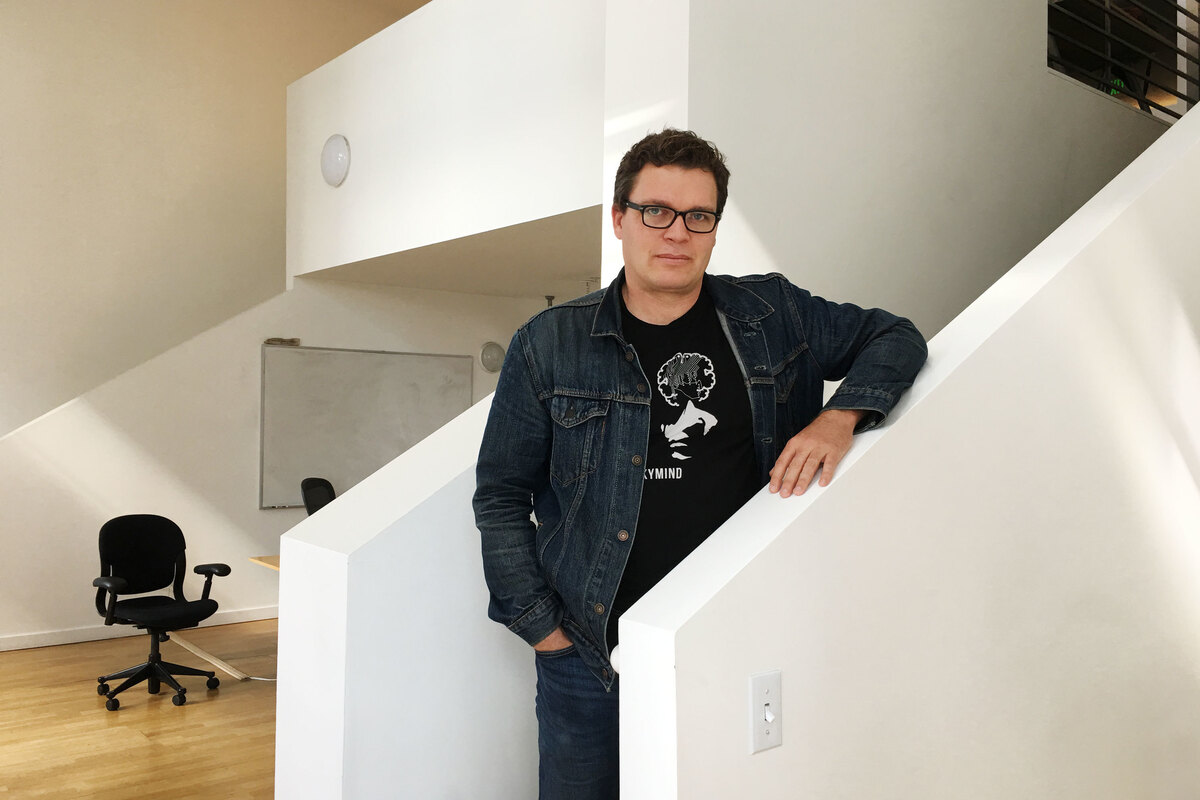 Chris Nicholson is the CEO of Skymind, a San Francisco-based startup, which makes open-source artificial intelligence tools for businesses and employs about 30 people in the U.S., Canada and Asia. He says the company was fragile at the start — until it got its first investment of $200,000 from Chinese consumer tech powerhouse Tencent.

Lysenko says he is not aware of any "smoking gun" case where Chinese venture capital has plundered sensitive technology from the U.S. with malicious intent. But, he adds, "That being said, I think it's become increasingly acknowledged that this risk exists, that venture capital and other minority investments provide Chinese investors to ... access potentially sensitive technologies, particularly ones that are in ascent, in an early stage where U.S. government, military and other security individuals haven't had a full chance to evaluate the implications of those technologies."

American venture capital still far surpasses Chinese funding. But many American tech startups depend on Chinese investment to stay afloat, says Chris Nicholson, the CEO of Skymind, a San Francisco-based startup that makes open-source artificial intelligence tools for businesses and employs about 30 people in the U.S., Canada and Asia.

Nicholson helped create Skymind in November 2014. He says the company, like many startups, was fragile in the beginning — until it got its first investment of $200,000 from Chinese consumer tech powerhouse Tencent.

"We got that 200K check and nobody else followed, but it allowed us to survive. And that's just, like, the whole trick of startups, is just surviving," he says. "Buy yourself enough time until you can realize your idea and test it on the market."

Nicholson says Skymind now has funding from some major American venture capitalists and a few smaller Chinese ones. He says no investor has ever asked Skymind for confidential technical information.

"Right now, we have a board of two people — me and my co-founder — and we're both American," he says.

For decades, funding for U.S. tech firms like Nicholson's often came through the Defense Department, whose support helped create technological breakthroughs that led to things like semiconductors and miniaturized GPS.

But that Pentagon funding over the years has become slow and cumbersome, while private sector technology creation moved much faster. The Pentagon recognized the problem and, in 2015, set up the Defense Innovative Unit to speed up funding to American startups, says Lt. Col. David Rothzeid, a spokesman with the DIU.

"We're trying to grow the defense industry base by enticing these companies that traditionally wouldn't work with us, and honestly don't need to work with us, but have a great capability that we would all benefit from," he says.

Rothzeid says the DIU has awarded about 80 projects to private commercial tech startups since August 2015. They were able to get those contracts finished in two to three months — "remarkably faster than the traditional procurement system," which could take years, Rothzeid says.

Even as the Pentagon tries to reignite relations with the commercial tech world, Congress is working to curtail Chinese investment. It is broadening the authority of the Committee on Foreign Investment in the United States, an interagency committee based at the Treasury Department that examines national security risks of foreign investments in the U.S.

CFIUS can make recommendations to the president on whether to block deals based on national security concerns — something President Trump has done five times, including blocking a Chinese state-backed company's attempt last September to buy Lattice Semiconductor for $1.3 billion.

In August, Trump signed into law reform of the foreign investment committee, allowing it to more closely scrutinize all sorts of Chinese inroads in the U.S. tech sector, says Mario Mancuso, who leads the international trade and national security practice at Kirkland & Ellis, an international law firm, and is the author of A Dealmaker's Guide to CFIUS.

Mancuso says not everyone in the U.S. business community is happy with the new law. "I think some deals where there are Chinese investors will be a lot harder. More deals will get a lot more scrutiny, and some deals just are not going to happen," he says.

Many U.S. tech companies have pushed back against tougher laws on foreign investment, saying it could strangle innovation. It can take weeks and cost an investor thousands of dollars to do a CFIUS investigation, which can scare off potential investors.

Skymind's Nicholson believes there are legitimate national security interests around technology that deserve legislation, but technology is moving fast in a lot of countries. He warns that the U.S. could be left behind.

"In Washington, D.C., people think innovation is an American monopoly — they think that people can't go anywhere else for innovation," he says. But, he emphasizes, that's not true. "So if we shut the door here, that capital is just going to flow through another door. And it's going to be outside of U.S. jurisdiction."

That's the conundrum now for Washington: how to balance U.S. national security concerns with a drive to be the leader in advanced technology.