Accessibility links
Democrats Enter Campaign's Final Stretch Flush With Cash One party celebrates its fundraising, while the other starts culling out the weakest candidates. 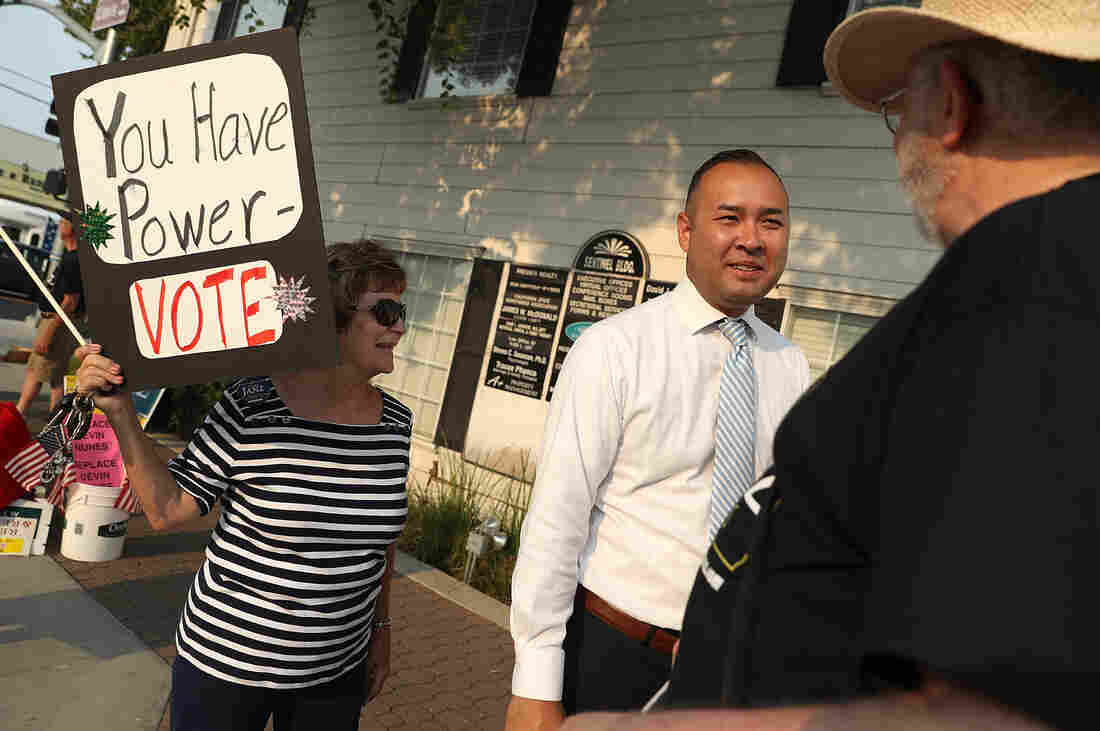 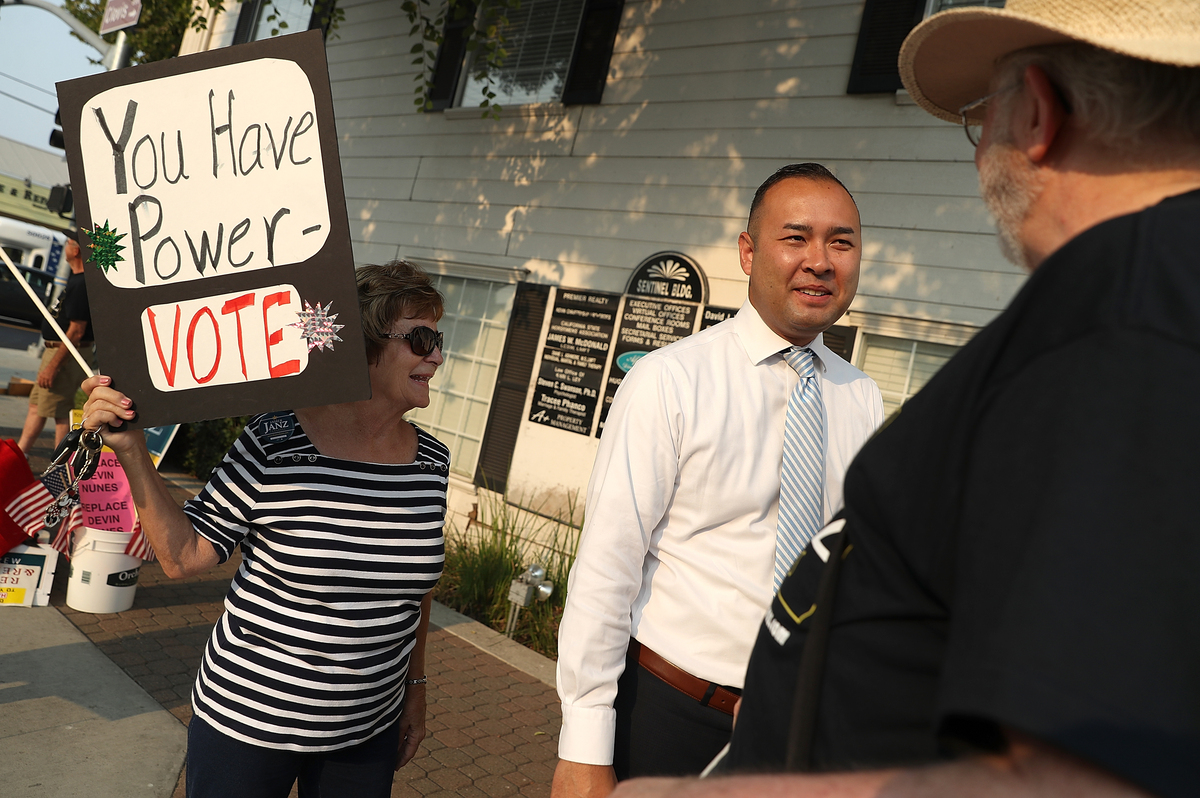 Not so long ago — the administration of President George W. Bush — $1 million could get you elected to Congress. Now, four weeks from Election Day, Democrats say 60 of their candidates raised that much or more, just in the last three months.

Fueled by an energetic base of small donors, Democrats are going into the final stretch of the election with a substantial financial advantage, erasing Republicans' typical fundraising edge.

The money is flowing to unlikely districts and is frequently tied to Democrats' opposition to President Trump.

In Fresno, Calif., prosecutor Andrew Janz, a Democrat, raised an eye-popping $4.1 million in the third quarter. He's out to topple an eight-term Republican, Rep. Devin Nunes, chair of the House Intelligence Committee and a staunch ally of President Trump.

Janz said his donor base is widespread. "In many parts of the country and in many parts of our state here, and even locally, people wanted this guy out of office," he said.

Good and bad news for Republicans

Spending numbers compiled by the Congressional Leadership Fund, a GOP super PAC aligned with House Republicans, and obtained by NPR, offer Republicans some good news and some bad news.

The good: The Congressional Leadership Fund has spent $90 million on the general-election campaign, versus $51 million by its Democratic rival, the House Majority PAC.

The bad news: The Democratic Congressional Campaign Committee, or DCCC, has outspent the NRCC $64 million to $47 million.

And more bad news: Democratic House candidates, thanks to the outpouring of small-donor contributions, have outspent Republican candidates, $109 million to $60 million.

"The Republican super PACs may not be able to just write a single check to buy a single race because of the massive grassroots fundraising energy behind Democrats this year," said former DCCC chair Steve Israel.

But fundraising success doesn't guarantee Democrats an easy glide path to victory. Most of them are challenging incumbents, who, by definition, have won at least once on the same terrain.

Janz initially focused on building a robust fundraising operation, he said, because "we knew that the national party and the DCCC weren't going to be supporting us."

Both parties, but especially the Republicans, are starting the triage process of reallocating super PAC and party funds from candidates who have failed to gain momentum.

For some House Republicans, the race may be virtually over. Reps. Rod Blum of Iowa, Mike Coffman of Colorado and Mike Bishop of Michigan are among those who have lost support as the NRCC and CLF cancel ad buys and shift dollars to other contests with better prospects.

Davis suggested the script for the NRCC chair as he delivers bad news to a colleague in the House Republican Conference: "We thought we'd be able to do a million dollars in TV, but now we have to put that somewhere else because frankly, you're just not performing and we can't afford to waste it to make you feel good."