Accessibility links
Emotional Support Squirrel A No-Go On Frontier Flight A woman who tried to fly to Ohio from Orlando with her rodent companion ultimately agreed to exit after the other passengers were required to deplane and police were called. 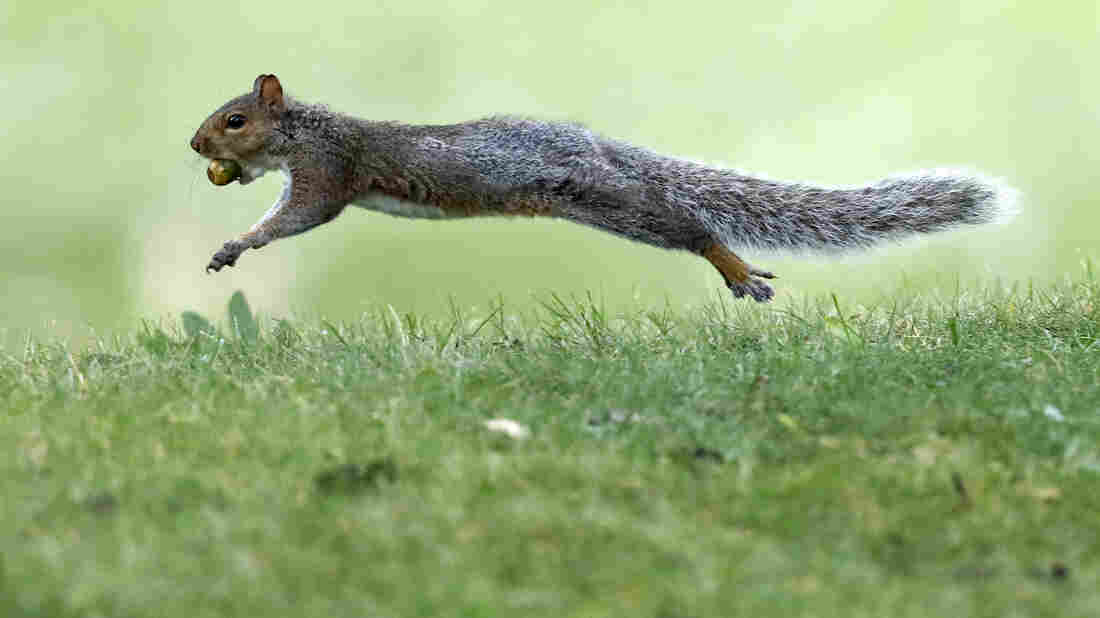 A woman who boarded her Frontier flight with an emotional support squirrel (not this one) was escorted off the plane on Tuesday. Robert F. Bukaty/AP hide caption 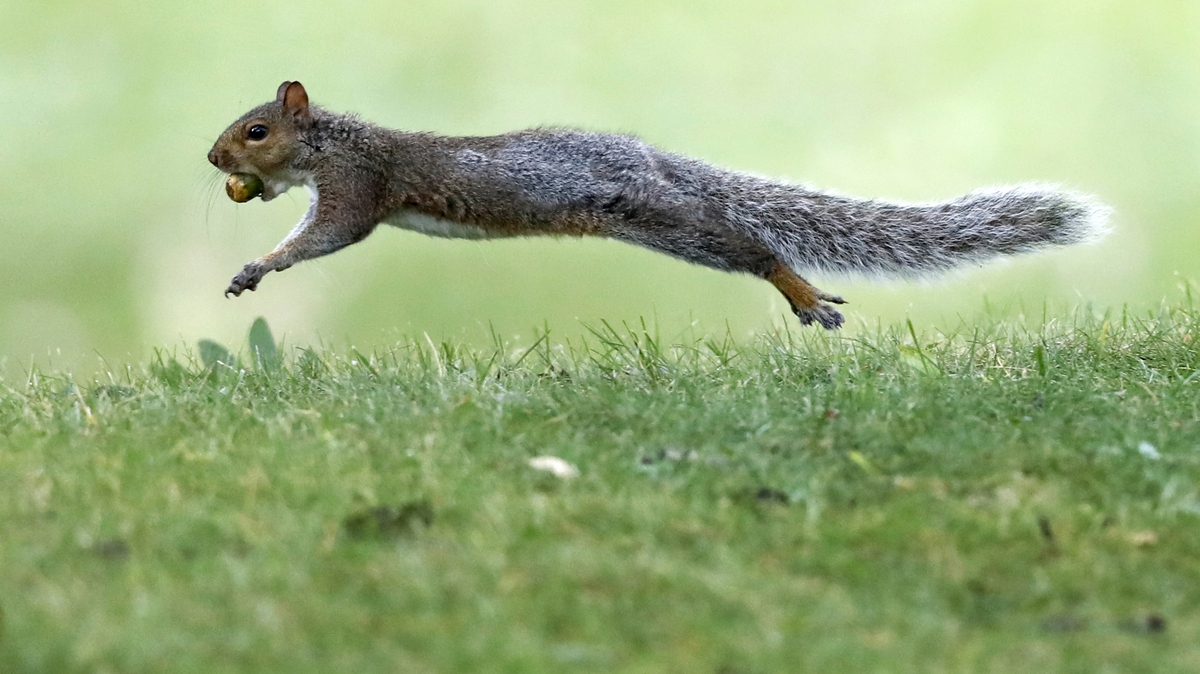 A woman who boarded her Frontier flight with an emotional support squirrel (not this one) was escorted off the plane on Tuesday.

Jokes aside about flying squirrels, nuts served on planes and bushy-tailed passengers, squirrels and planes do not actually mix. At least not on Tuesday at Orlando International Airport, where an unidentified passenger hadn't gotten the memo.

She boarded her Cleveland-bound Frontier Airlines flight toting a cage containing the furry occupant. She did her due diligence by noting on her reservation that she would be bringing an emotional support animal, Frontier said in a statement. She even had the animal cleared by TSA. She just failed to notify the airline that her companion was a squirrel.

Once onboard, the woman was told that squirrels are rodents — and rodents are not welcome. (So don't get any ideas, proud hamster, rat and mouse owners).

The woman refused to get off the flight, Frontier said, and Orlando police stepped in.

"Everyone was deplaned so police could deal with the passenger," Frontier said.

An Orlando Police Department spokesman said the woman got off the plane once officers arrived, so no further action was taken.

Video recorded at the terminal shows the woman defiantly departing accompanied by police as she grips her squirrel's cage.

"Yeah, here's the crazy lady," she shouts, as other passengers jeer. She then raises her fist, middle finger extended, and yells "Shut up" as bystanders applaud and hold up their phones to record the incident.

Somebody can be heard yelling "Damn squirrel" as she exits.

Federal rules say a "wide variety of service animals are permitted in the cabin portion of the aircraft," but airlines are given leeway to set their own policies.

And airlines say they have been compelled to do so.

Earlier this month, Frontier announced a new policy set to go into effect Nov. 1 that includes limiting emotional support animals to just cats and dogs. Miniature horses also are permitted as trained service animals. (Note: Squirrels were not allowed even under the old policy.)

Other airlines also have been cracking down, including United, Delta and American Airlines, which earlier this year tightened their rules, including requiring behavior training for the animals.

In a well-publicized incident in January, a woman tried (and failed) to bring her emotional support peacock aboard her United flight.

But Schaper quotes United as saying it has seen a 75 percent year-over-year increase in the number of customers bringing emotional support animals onboard. "The airline also has experienced a significant increase in onboard incidents involving these animals, including biting, aggression, urination, defecation, allergic reactions, conflict and other disruptions," he reports.

Back in Orlando, passengers were allowed back onboard after the woman and squirrel were removed. The flight was delayed by two hours, according to News 5 Cleveland, but still some passengers seemed amused rather than aggravated by the incident and were looking forward to seeing it squirreled away on social media.