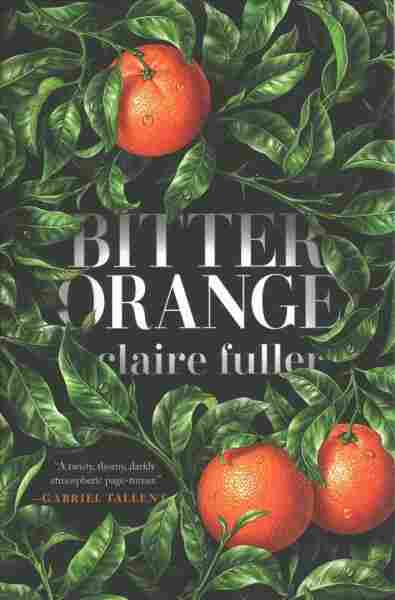 All horror is rooted in claustrophobia, the tight confines of the grave, the no-way-out precincts of the haunted house, the airless nightmare from which one cannot awake. In her finely crafted psychological thriller Bitter Orange, the devilish novelist Claire Fuller turns this concept upside down, giving us a sunny, summery, open backdrop that nevertheless becomes a vise tightening around the throats of both the main character and the reader. Formula and genre can themselves be as suffocating as a coffin, but in such capable hands they become freeing, reinvigorated, and compelling.

It is the late 1960s; 39-year-old Frances Jellico presents herself as a mousy virgin when she arrives at an English manor house for a job cataloguing the rockpile's garden architecture. To say she comes encumbered is both figuratively and literally true: She has just buried her mother, and she wears the dead woman's foundation garments. "Her girdle dug into the pudding of my stomach and my breasts rolled over the top of her thick brassiere." Just call her Norma Bates.

In a passing nod to Wuthering Heights, Fuller names the manor house Lyntons, and in residence are the novel's most vivid, charismatic figures, Cara and Peter; poor, buttoned-up, messed-up Frances instantly develops a crush on the two of them. Peter has been hired to lay an art history gloss on the interior of Lyntons the way Frances is supposed to do with the exterior. Young Cara, Peter's lover — but not his wife — cooks seductive, oddly intoxicating dinners while wearing one beautifully witchy hippie dress after another. Under the influence of the high-wattage conversation, the chef-d'œuvres, and smoke-alarm amounts of brightleaf tobacco, Frances the mouse falls in love with the two cool cats. The reader understands what she does not, that a ménage à trois, consummated or otherwise, can quickly turn claustrophobic on an unsuspecting victim. A Judas-hole in the floor allows her heart-fluttering access to the private lives of her funky new friends. She hates herself but loves to look.

All would be well if it wasn't for those strange flapping sounds Frances hears under the dormers as she drifts off to sleep in her garret room, contrapuntal to the thumping noises in the bath. Ominous signs continue to appear: The trio discover and kill a wounded fox caught in a trap. A malevolent, Donnie Darko-esque hare appears inside the house. Frances finds a pillow in her bathtub, with a ghostly head indentation and a "long grey hair adhered to the cotton."

Things that go bump in the night? What could be rote genre tropes somehow effectively carry their psychological weight here. As Virginia Woolf noticed about Jane Austen, it is very hard to catch Fuller being good. Amid the rataplan drum of the prose, images we've encountered before somehow take on fresh power. "At the attic window, in the room opposite my bedroom, someone was staring out. A pale oval, the eyes, mouth and nose barely visible, not clearly a woman or a man."

Peter and Cara prove to be not all they seem, and the confidences Cara shares with Frances become increasingly, even dangerously false. Alternating with the story of the hot, languorous English summer is an account of a much older Frances with secrets of her own. By the time Bitter Orange reaches its bitter, bloody end, readers will be turning the pages with delicious trepidation. We are in Turn of the Screw territory here, unsure whether what happens is real or imagined, true or false, light or dark.

Things that go bump in the night? What could be rote genre tropes somehow effectively carry their psychological weight here.

Back on page three, Frances describes looking down through the peephole at a body lying "in pinking bathwater, the open eyes staring at me for too long." She states, "I am a voyeur, the person who stands at the police tape watching someone's life unravel, I am in the car slowing beside the accident but not stopping. I am the perpetrator returning to the scene of the crime."

From the very beginning, we know we are going to return to that cooling, sanguineous bath, we just don't know the particular path the author will lead us down to get there. That is the simmering suspense which Claire Fuller creates in Bitter Orange. The novel balances its intense relationships with touches of the supernatural, and the writing percolates insidiously. As Frances loves to look, so do we — despite a disturbing sense of the illicit.