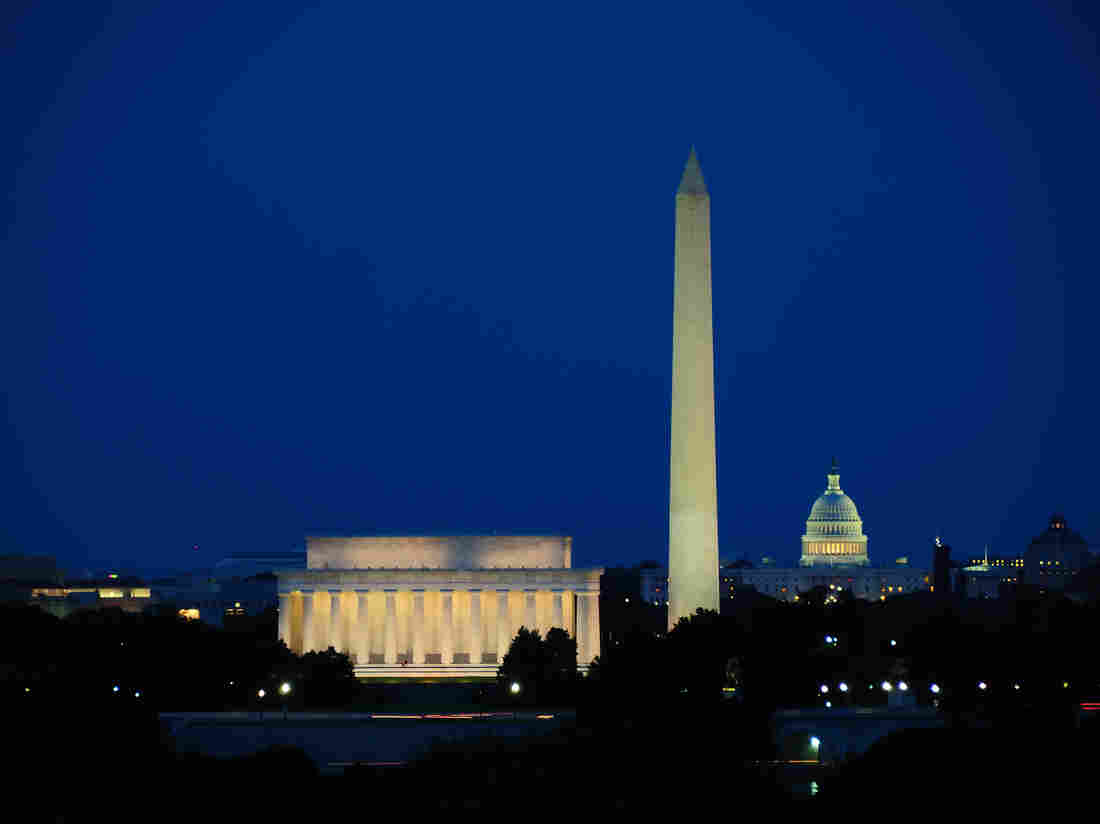 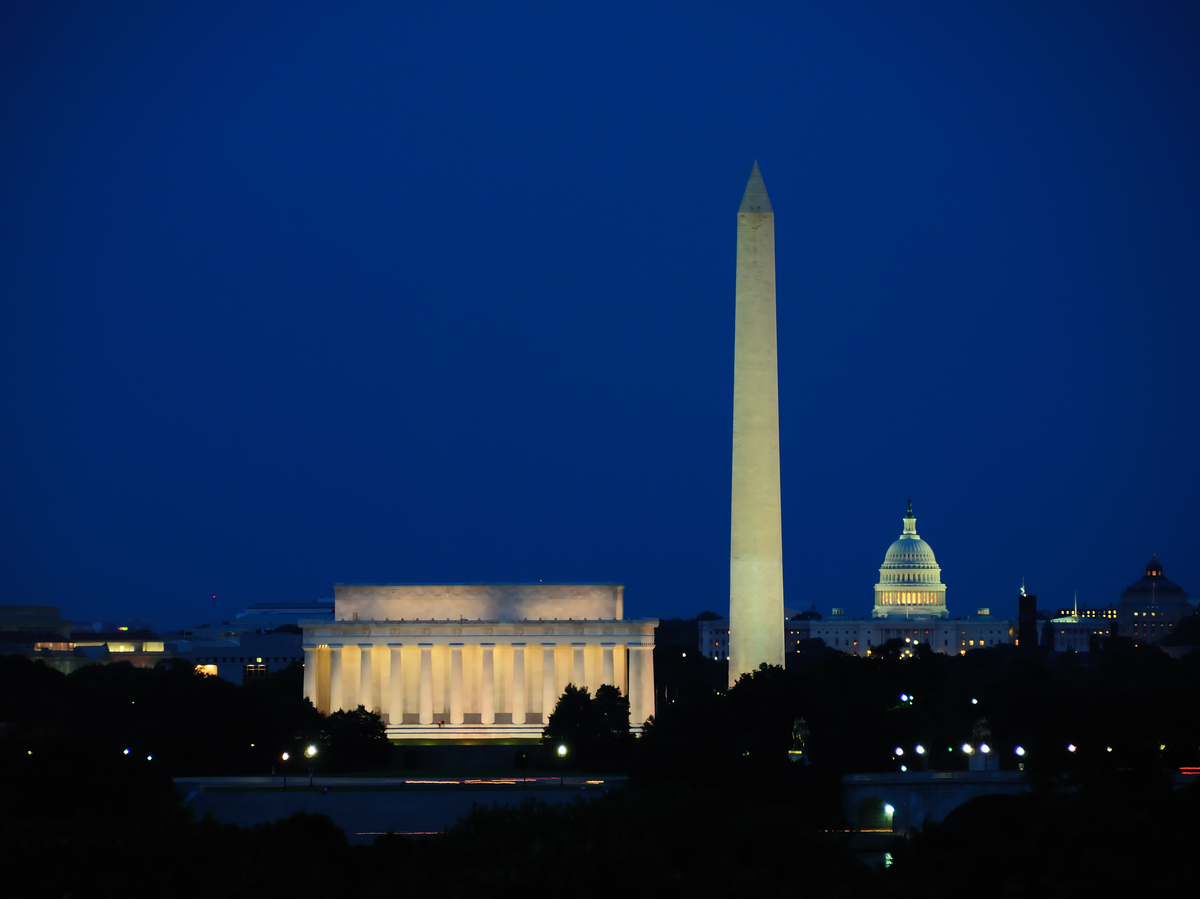 It's hard to make time for history books when there is so much history crashing down on us every single day — and especially when that history is divisive, aggressive and seemingly never-ending.

Case in point: This book review was due a week ago. Rather than finish this assignment, I spent the week in Senate hallways and hearing rooms, watching in real time as the most contentious Supreme Court confirmation in a generation turned into a national flashpoint on sexual assault and gender politics.

It's the type of disorienting and disconcerting news story that makes you cry out for the context of history books. (If only you then had the time to read them!)

Luckily, three of America's most prominent Sunday-show friendly, Pulitzer Prize-winning historians are here to help. Two new books — one by Doris Kearns Goodwin and another by Joseph J. Ellis — along with a book released in May by Jon Meacham — aim to make sense of a period their jacket flaps alternatively refer to as the "discord of our times," our "current climate of partisan fury" and a "divided America that is currently incapable of sustained argument and is feeling unsure of its destiny."

The three books effectively serve as abridged anthologies of the authors' earlier, deeper works. And all aim to contextualize or contrast the era of President Trump with the leadership of previous presidents who offered broader, more effective and more powerful leadership. 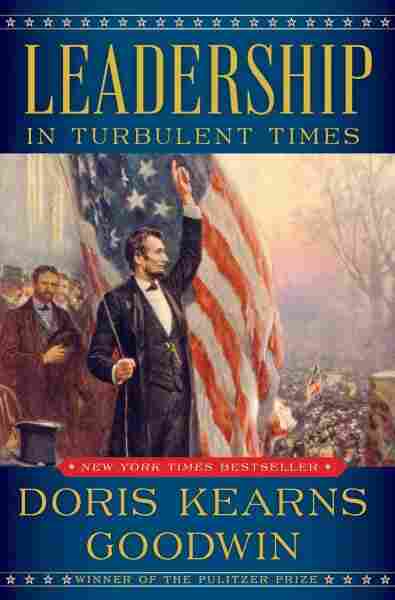 Of the three books, Goodwin's Leadership is the most focused and purposeful. Goodwin writes about the early lives of four previous biographical subjects — Abraham Lincoln, Theodore Roosevelt, Franklin Roosevelt and Lyndon Johnson — then bores down on one key moment of leadership from each of their tenures in the White House.

Each president gets three chapters: a broad survey of their early years; an examination of a key failure that temporarily derailed their development; and then a business-school-style case study of a critical juncture in their administration. For the case studies, Goodwin selects Lincoln's decision to issue the Emancipation Proclamation, Theodore Roosevelt's unprecedented intervention in settling a dangerous coal strike, Franklin Roosevelt's first 100 days and Johnson's manic push for a meaningful civil rights bill.

Goodwin succeeds where Meacham and Ellis fall a bit short by cross-pollinating her biographical units with similarities and key differences between the leaders she's studying. All four men, she repeatedly argues, understood the critical role storytelling plays in successful leadership. They framed their pushes in relatable, simple language that built public support and won key allies to their cause.

Lincoln and Theodore Roosevelt moved slowly, knowing controversial, precedent-breaking executive action needed the support of skeptical stakeholders. Franklin Roosevelt and Johnson, on the other hand, understood how important momentum was to their ambitious legislative proposals and relentlessly hounded Congress to pass their society-changing measures. (Annoyingly, the White House chapters are broken up by bold, bullet-point nuggets of the leadership qualities each president employed. There are too many — about 20 for each president — and Goodwin could have successfully made all these points without this nod toward financial self-help books.)

While the presidential chapters are the focus of the book, the chapters on early failures are the most interesting. Each man's ambition slowly builds as they come into adulthood. Each man enjoys early success and can identify a clear career trajectory that's within reach. But then each man suffers a soul-crushing, career-destroying setback that derails all his hopes and dreams.

The Roosevelts' hardships were most extreme: Franklin was suddenly struck by polio, and Theodore saw his wife and mother die on the very same day. Lincoln and Johnson suffered much more mundane political losses, but both men were mentally crushed by the defeats.

Lincoln and both Roosevelts all responded to the setbacks by turning inward. They retreated from the world and into themselves, and during their self-imposed exiles, shattered pride was slowly rebuilt into a self-awareness and confidence that is much more sustaining and powerful. All three men repeatedly tapped into this knowledge of their own worth and ability later on, as they each chose to govern the country in ways their successors had never imagined. Johnson was much more insecure, and his setback led to "a darkening of temperament, to mistrust, to anger ... a shrinkage of genuine empathy." The harsh assessment is striking, given Goodwin's close relationship with LBJ.

Joseph J. Ellis' American Dialogue: The Founders And Us 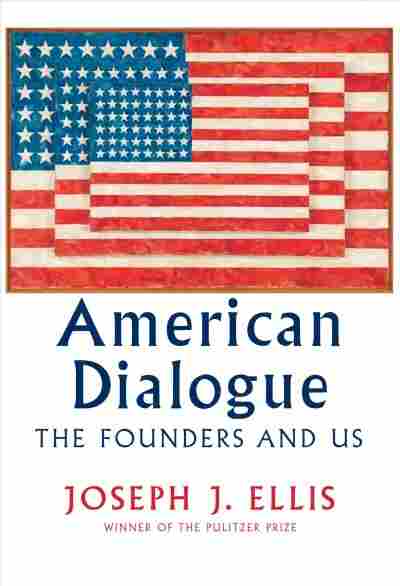 The Founders and Us

Ellis' American Dialogue also focuses on four titans in American history. Instead of Lincoln, Johnson, and the Roosevelts, he writes about Thomas Jefferson, John Adams, James Madison and George Washington. While Goodwin and Meacham write about individual leadership, Ellis attempts to tackle modern-day societal problems such as race, income inequality, and how America interacts with the world by homing in on how various founding fathers viewed those issues in their writings and actions.

Each founder gets his own topic, followed by a corresponding chapter on current events. Ellis doesn't quite live up to the title's promise of a dialogue. The chapters on the founders are insightful and clearly benefit from his deep knowledge of the men's lives, works and his familiarity with seemingly every written word they ever produced. But the current events chapters are often unfocused, don't quite mesh with their related founder chapter and often veer toward a rehash of liberal conventional wisdom.

The book works best when Ellis contrasts the modern originalist reading of constitutional law with the political strategizing and negotiating that Madison employed to get the document ratified. Many contemporary conservative leaders — perhaps a majority of the Supreme Court — view the constitution as a set-in-stone decree from the Founders On High. But Ellis walks the reader through all the balls Madison was juggling as he advocated and negotiated at the Constitutional Convention, then orchestrated a long-distance whip operation to ensure enough states would ratify the document for it to go into effect.

Take what most Americans now view as the most sacrosanct and wise aspect of the constitution: its Bill of Rights. Meacham refers to it in his book as "American scripture." But Ellis describes how the amendments were suggested as incentives for wavering states. Just as Senate Majority Leader Mitch McConnell's actions are often dictated by the demands of the undecided members of his Republican caucus, Madison was working to appease states skeptical of the entire endeavor. "The list of prospective amendments he compiled was drawn from the Virginia Constitution and the pool of amendments recommended by the ratifying conventions in those states where the margin of victory was provided by reluctant supporters," Ellis writes.

The amount of initial amendments floated up and down to accommodate the political needs of coalition building and stakeholder input. Madison initially proposed nine, which the House of Representatives inflated to 17, which the Senate in turn reduced to 12. Ten, of course, ultimately were approved.

The book's chapters on race are its most muddled. It's not clear what point Ellis is trying to make about Jefferson. That's a bit understandable, of course. It's hard to fully comprehend how the man who wrote about the "self-evident" truth that "all men are created equal" could have overseen a plantation of slaves. As Ellis catalogs Jefferson's devolution from high-minded — if hypocritical — denunciations of the slave trade to an unabashed reactionary defense of its right to exist, he teeters between fierce moral condemnations and odd attempts at justifications.

Ellis repeatedly returns to the idea that Jefferson held his theoretical opposition to slavery in an "elevated region of his mind" that somehow never quite migrated down to acknowledging Monticello's dependence on them or doing anything to change that fact. Ellis highlights several moments where Jefferson could have used his power to curtail or even end slavery, if he had chosen to do so. The most painful missed opportunity: the Louisiana Purchase, when Jefferson could have used his sweeping executive power to bar the slave trade from the new territory, set aside some of it to relocate freed slaves, or even sell off some of the new land and use the proceeds to compensate slave owners for their freed slaves. ("All elements of the plan had, at one time or another, occurred to a younger Jefferson," Ellis writes.)

Jefferson, of course, did none of these things. A far cry from a moment both Goodwin and Meacham write about, when Johnson plows forward with his politically dangerous civil rights plan, telling his advisers that if he wasn't there to make tough decisions that helped the country's most vulnerable, then, well, "what the hell is the presidency for?"

Jon Meacham's The Soul Of America 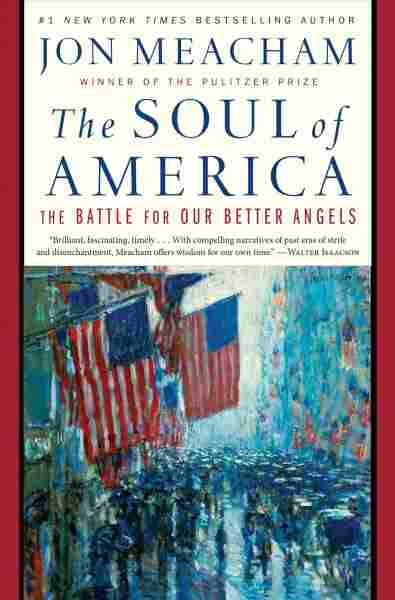 The Soul of America

The Battle for Our Better Angels

Meacham's The Soul of America reads like a reassuring bedtime story for historical junkies who are unnerved by current events. Meacham focuses on two main arguments: that hope regularly overcomes fear along the long arc of American history, and that presidents can — and should — be moral leaders.

As a result, the book is more explicitly anti-Trump than the other two, which both have many implicit moments of Trump criticism. In the first chapter, Meacham says he's "writing now not because past American presidents have always risen to the occasion but because the incumbent American president so rarely does. A president sets a tone for the nation and helps tailor habits of heart and of mind. Presidential action and presidential grace are often crucial in ameliorating moments of virulence and violence."

The Soul of America is bookended by two chapters highlighting moments when presidents have fulfilled this obligation of moral leadership. In between, it launches into several episodic studies of moments when fear was on the rise, but hope — or at least some sort of incremental version of justice — prevailed, often thanks to public leadership from a president. Meacham repeatedly highlights how demagoguery often needs to be given the space to burn itself out, and how waiting for supporters of a cause or populist firebrand to grow bored or tired can be more effective than explaining to the masses why they are wrong.

Meacham writes about reconstruction, McCarthyism, the New Deal, and the civil rights movement. Teddy Roosevelt makes another prominent appearance in all his trust-busting, bully pulpit-ing glory. The Roosevelt chapter illustrates the book's shortcomings. It can, at times, have the feel of the medley of hits an old band will play in the middle of a reunion tour in order to check all the boxes of the songs the crowd wants to hear. Here's Teddy Roosevelt learning to box as a child. Here he is on San Juan Hill! Look! Trust-busting! The Bull Moose Party! (I write this as probably the ideal demographic target for this type of writing. I think Meacham's Andrew Jackson biography is the best book out there to understand the appeal and success of Trump, and at work each morning I drink coffee out of a mug depicting Roosevelt riding a bull moose.)

In the final chapter that again underscores Meacham's argument for moral leadership in the White House, he writes, "a president's vices and his virtues matter enormously, for politics is a human, not a clinical undertaking." Meacham clearly intends for his book to give some optimism to readers who are worried about Trump. But if that's the typical reader's starting point, that optimism may be challenging. After all, just last week, shortly after insulting a reporter asking him a question and then insinuating that he had "compromising" information on a Democratic senator he wouldn't name, Trump jokingly said the fact he doesn't drink "is one of my only good traits."