Accessibility links
For Sale! Certified Lunar Meteorite — Weight 12 Pounds — Mileage 250,000 Ever look at the moon and say, "Yeah, I want a piece of that"? Well, an online auction house has one for sale. 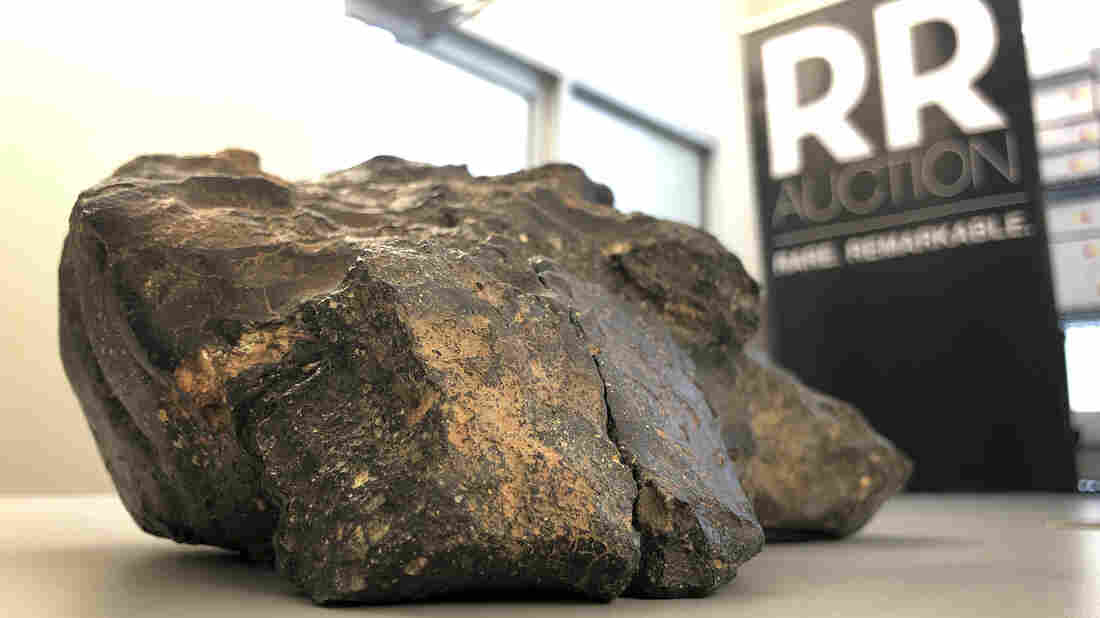 A 12-pound lunar meteorite was discovered in Northwest Africa and comes from the moon but wasn't brought back by astronauts. Rodrique Ngowi/AP hide caption 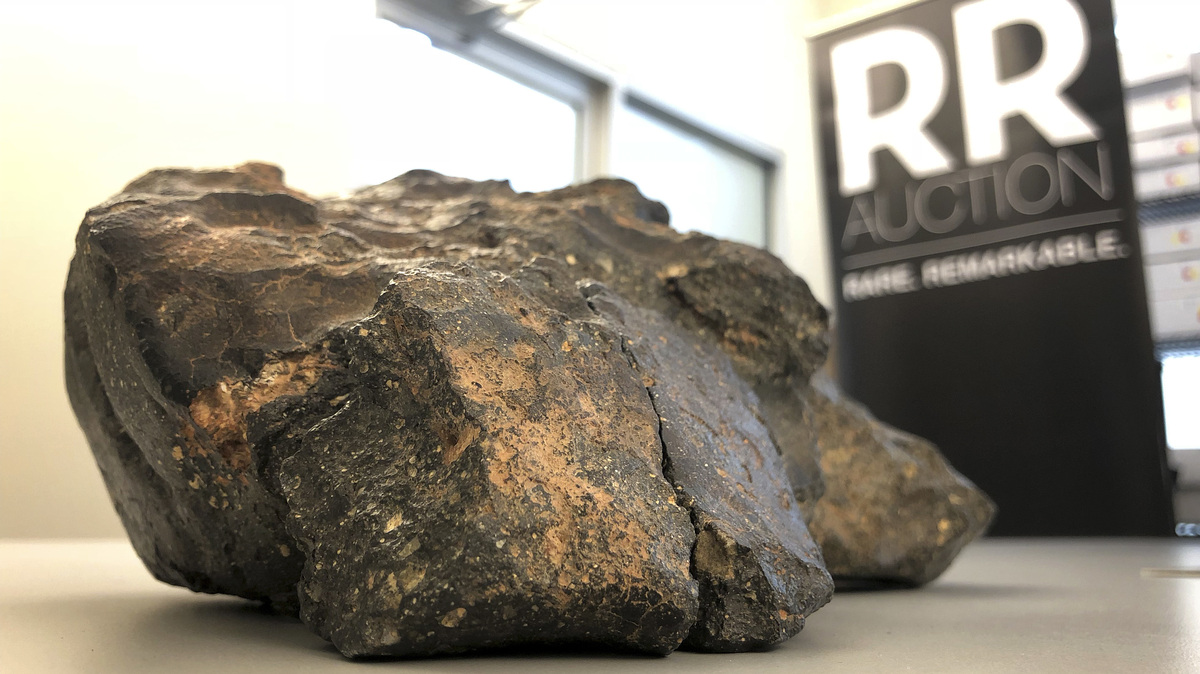 A 12-pound lunar meteorite was discovered in Northwest Africa and comes from the moon but wasn't brought back by astronauts.

A Boston-based online auction house began accepting bids Thursday on a rare lunar meteorite at $50,000. But the firm estimates it could go for $500,000 or more when bidding closes on Oct. 18, according to the item's posting.

There are a few reasons why this meteorite might command such a large price.

First, at about 12 pounds, the lunar rock is very large.

For 30 Years, Michigan Man Has Been Using Meteorite As A Doorstop

"Considering that the average size of a lunar meteorite find is a few hundred grams, the magnitude of this offering is truly impressive," the posting says.

Second, this meteorite comes from the moon but wasn't brought back by astronauts.

"It is illegal to own any sample of lunar material collected by the Apollo missions to the moon," according to RR Auction.

"This was blasted off the surface of our moon in the distant past, likely by the impact of a different meteorite, then journeyed the quarter-million miles to Earth and—against all odds—survived a fiery descent through our atmosphere," the posting says.

The third reason it might sell for a small fortune is the meteorite is considered "unpaired," meaning it is unique.

A meteorite would be considered "paired" if it broke into different pieces before hitting Earth, with the pieces landing in different places and being discovered separately. This meteorite has not been matched to any other discovery.

"A unique or 'unpaired' meteorite is more desirable to collectors and perhaps more valuable to science, especially in those rare instances in which the single find is a very large stone," the posting says.

King Tut's Dagger Made From A Meteorite, Researchers Believe

While unpaired, the rock comprises six fragments that fit together like a puzzle — giving it one of its names, The Moon Puzzle.

It is technically designated as NWA 11789. The NWA part of that name stands for Northwest Africa, which is where it was found last year, in Mauritania. The rock is also known by the name Buagaba.

According to the Associated Press, Aerolite Meteorites, founded by star of television's Meteorite Men, Geoff Notkin, is selling the rock.

Bidders should be aware that the specimen is considered a lunar feldspathic breccia in geological terms and contains absolutely no cheese.