Accessibility links
Turkey Releases U.S. Pastor After 2 Years In Prison Andrew Brunson was one of thousands arrested in Turkey after a failed coup attempt in 2016. His detention raised tensions with the U.S. But now, a court in western Turkey has ordered his release. 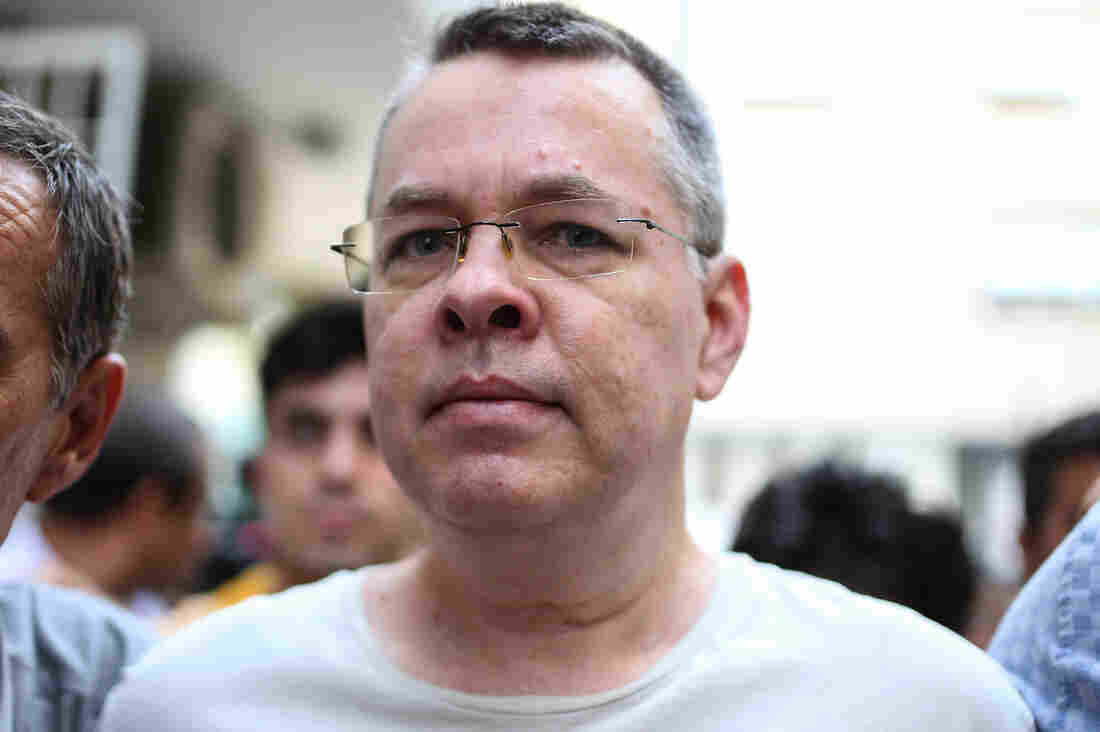 Andrew Brunson, shown here in July, was one of thousands arrested in Turkey after a failed coup attempt in 2016. AFP/Getty Images hide caption 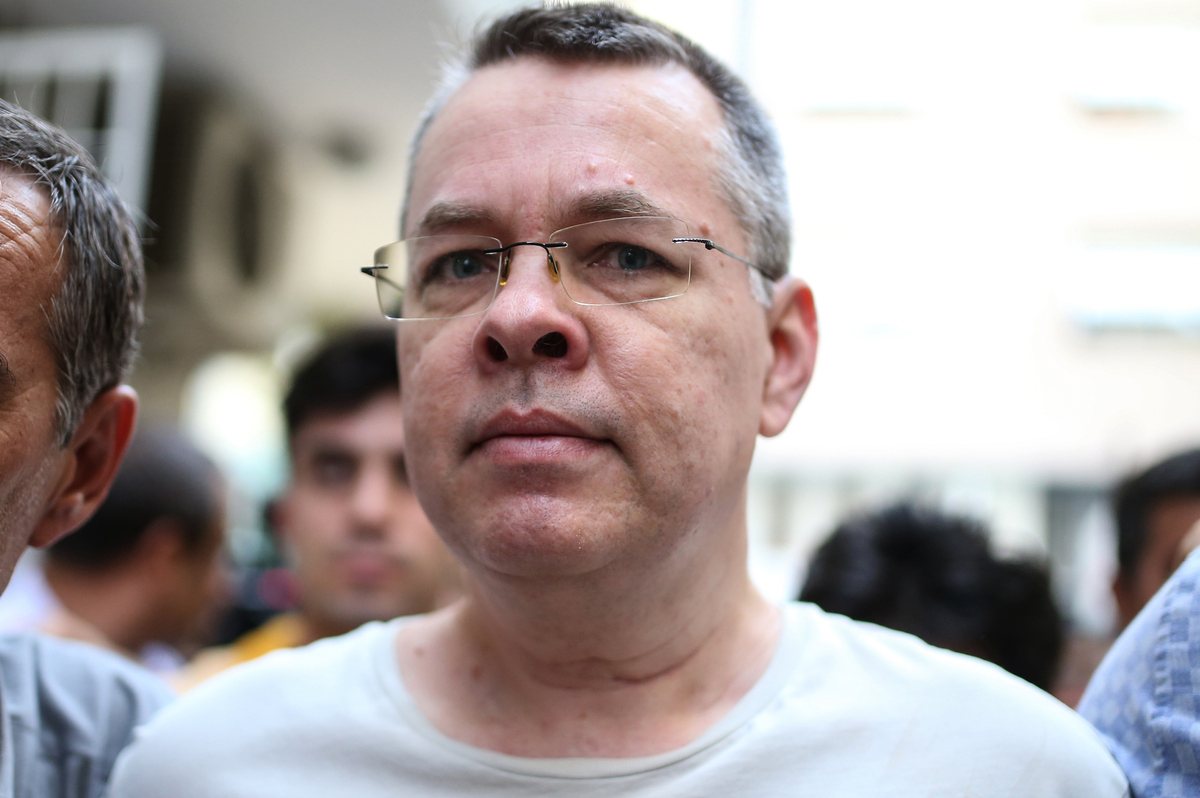 Andrew Brunson, shown here in July, was one of thousands arrested in Turkey after a failed coup attempt in 2016.

Roughly two years after Turkish authorities detained Andrew Brunson on suspicion of espionage, the U.S. pastor is a free man once more. Turkey ordered his release Friday, ending a case that heightened tensions between Turkey and the U.S.

A court in the western city of Izmir actually sentenced Brunson to a little more than three years in prison, according to Turkey's state news agency Anadolu. However, as NPR's Peter Kenyon in Istanbul explains, the court says he will serve no more time, considering his health issues.

"The court also lifted judicial controls on Brunson — that means restrictions on his movements have been lifted and he is now free to leave the country," Kenyon reports. The prosecutor had asked for a 10-year sentence.

The evangelical pastor wept in court upon hearing the news of his release, Reuters reported. Prior to the ruling, he said, "I am an innocent man. I love Jesus, I love Turkey." After he listened to an alleged witness, he said, "I do not understand how this is related to me."

The same day his sentence was handed down, Brunson boarded a plane departing Turkey, according to the country's state-run Anadolu news agency.

"The United States welcomes the release of Pastor Andrew Brunson," the White House said in a statement released several later. "We look forward to his return home where he will be reunited with his family."

"My thoughts and prayers are with Pastor Brunson," President Trump himself tweeted, "and we hope to have him safely back home soon!"

Brunson, who is from North Carolina and has lived and worked in Turkey for more than two decades, was arrested following a failed coup in 2016. According to Anadolu, he was charged with being a member of the Fetullah Terrorist Organization, the group that Turkish President Recep Tayyip Erdogan blames for the attempted coup. The news agency says Brunson also was charged with spying for Kurdish militants.

Turkey has been criticized for the sweeping arrests after the coup attempt, where tens of thousands of people were taken into custody over their supposed links to terrorist groups. The country's leadership has said the mass arrests are necessary for security.

Earlier this year, it had looked as though Brunson might have been released.

"The White House thought they had a deal after President Trump spoke with Turkey's president. But at that point he was only moved from prison to house arrest, and that upset the White House," Kenyon reports. "Pressure's been ratcheting up ever since, there's been sanctions back and forth, and there's no doubt that with the shaky economy here Turkey really wanted to put this dispute behind them."

News of proposed sanctions was greeted warmly by top evangelical Christians, reports NPR's Sarah McCammon. They "form a key part of Trump's base and have long advocated for increased protections on religious freedom in the U.S. and abroad."

Erdogan had previously attempted to craft a deal with the U.S. to trade Brunson for Fethullah Gulen, the U.S.-based Turkish cleric whom he blames for the coup attempt. Gulen has denied those allegations.

Kenyon says Brunson's release probably will go over well in Turkey, where the punitive sanctions appear likely to be eased or lifted.

"President Trump and his team have been tenacious in seeking the release of Pastor Brunson," Jay Sekulow, a lawyer for Brunson, said in a statement. "We're grateful to the President, members of Congress and diplomatic leaders who continued to put pressure on Turkey to secure the freedom of Pastor Brunson. The fact that he is preparing to return to the United States can only be viewed as a significant victory for Pastor Brunson and his family."

Turkish presidential spokesman Fahrettin Altun, too, lauded the ruling. He called it proof "that Turkey is a democratic country with the rule of law, and established the independence and impartiality of the Turkish judiciary."

"Like the Turkish courts, the Republic of Turkey does not receive instructions from any body, authority, office or person," he said in a statement Friday, as translated by Anadolu. We make our own rules and make our own decisions that reflect our will."

That said, the White House says it's not done working on behalf of others like Brunson.

"We remain deeply concerned about the continued detention of other United States citizens in Turkey and around the world, and urge the resolution of all these cases in a transparent and fair manner," White House press secretary Sarah Sanders said in a statement.

"The United States and Turkey have a number of mutual concerns regarding regional security and stability," she added, "and we look forward to working together on these issues."