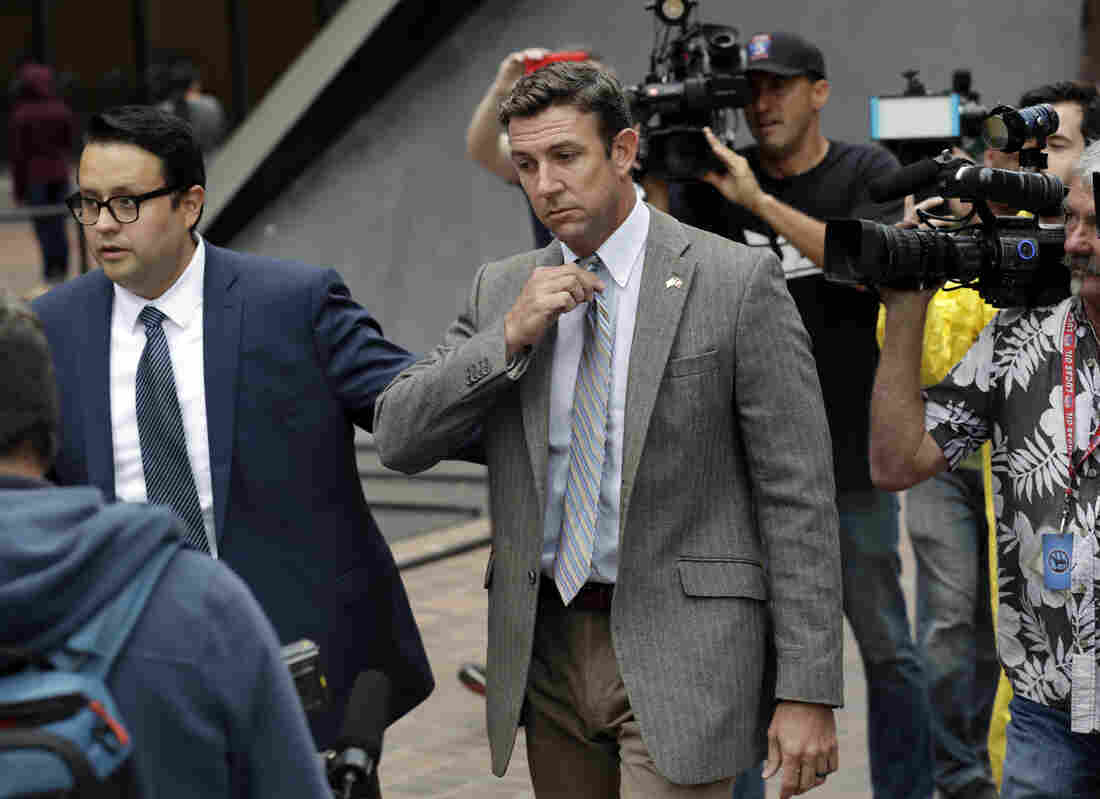 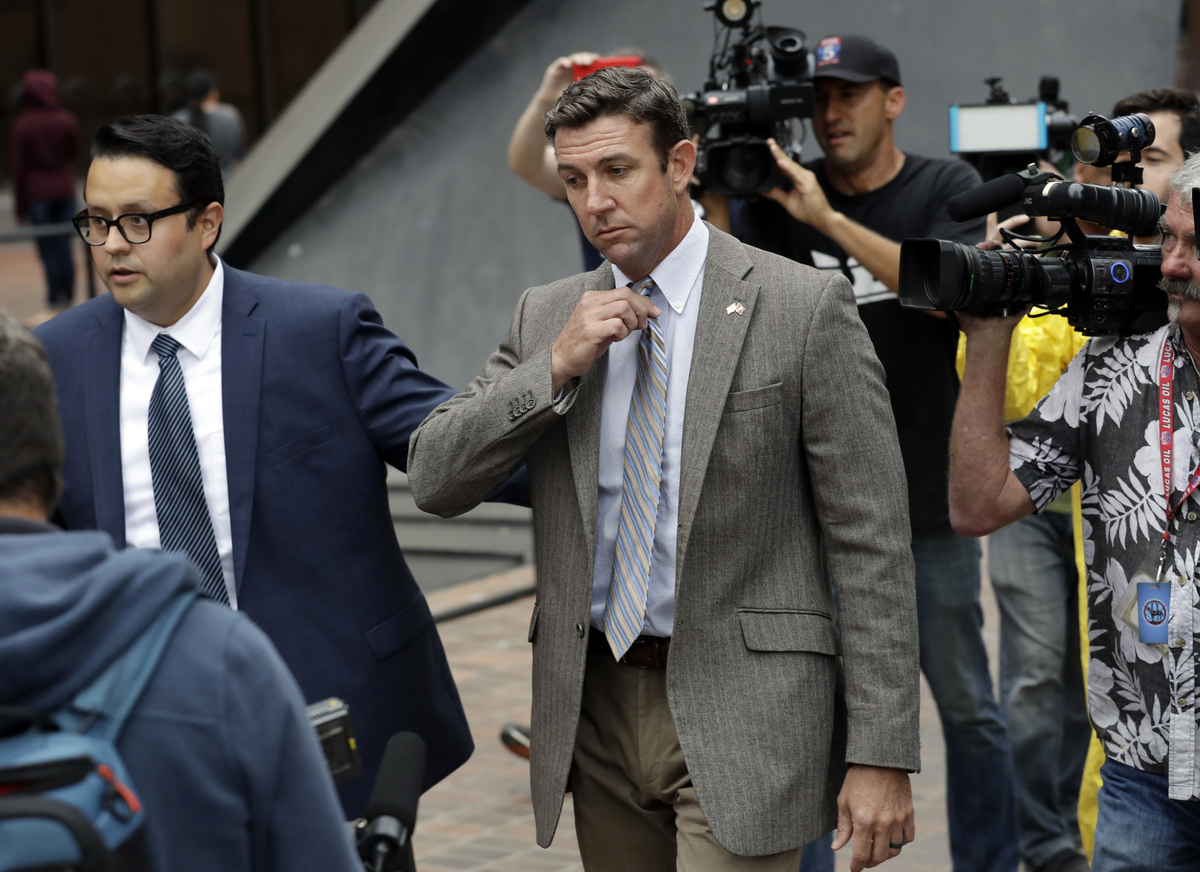 A Republican congressman who should have waltzed to re-election is now in the fight of his career. Duncan Hunter, who has represented an inland Southern California district for a decade, was indicted in August on charges of using a quarter of a million dollars in campaign funds for personal expenses.

As the race grows tighter, Hunter is attacking his Democratic challenger for his Palestinian heritage. A controversial television ad accuses Ammar Campa-Najjar of trying to "infiltrate" Congress. It says that Campa-Najjar changed his name to hide his family's connection to terrorism. It points out that his grandfather was part of the deadly attack on Israeli athletes at the 1972 Munich Olympics.

Campa-Najjar never knew his grandfather, who was killed by Israeli agents 16 years before the candidate was born. This is just one of the commercial's questionable associations. The Washington Post's Fact Checker gave the ad its worst rating: 4 Pinocchios, which it defines as "a whopper."

Hunter was not available for an interview, and he has had no public campaign events during the time NPR reported on the race. But in remarks last month to a GOP women's group, he again made Campa-Najjar's name sound shady.

"He changed his name from Ammar Yasser Najjar to Ammar Campa-Najjar," said Hunter, "so he sounds Hispanic. ... That is how hard, by the way, that the radical Muslims are trying to infiltrate the U.S. government."

Actually, Ammar Campa-Najjar is Christian. And Campa is his Hispanic mother's family name. 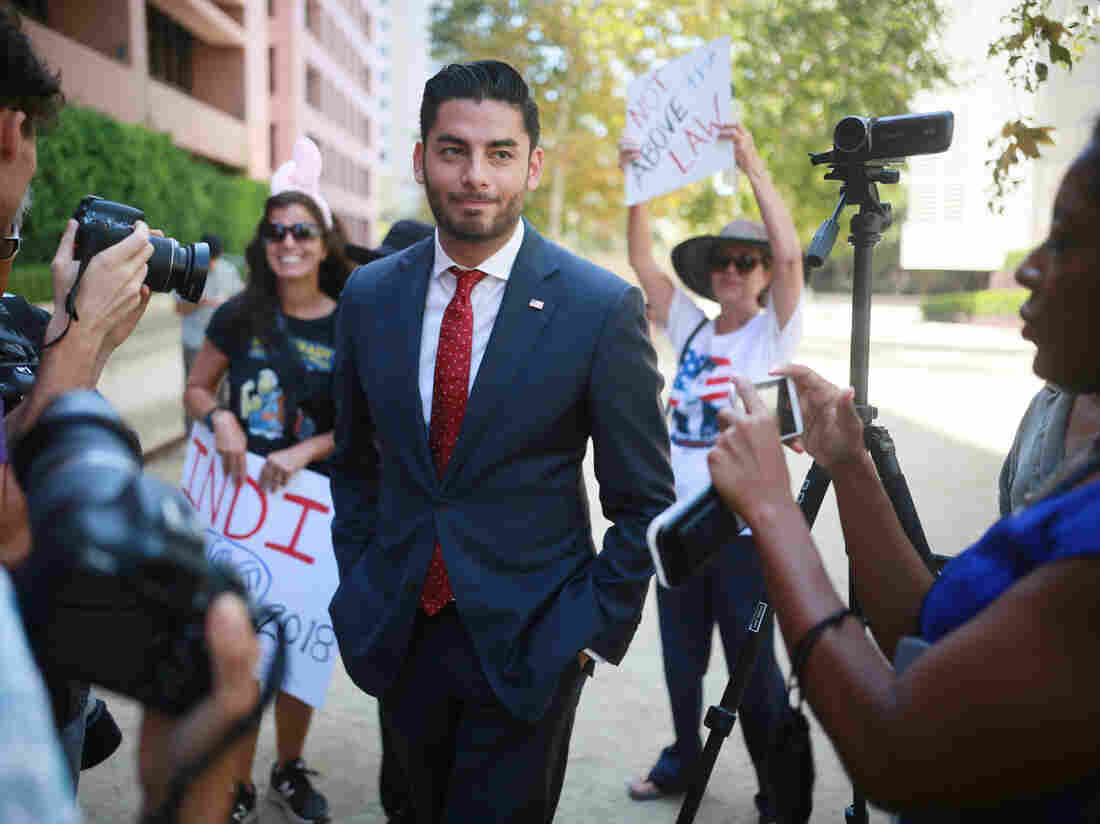 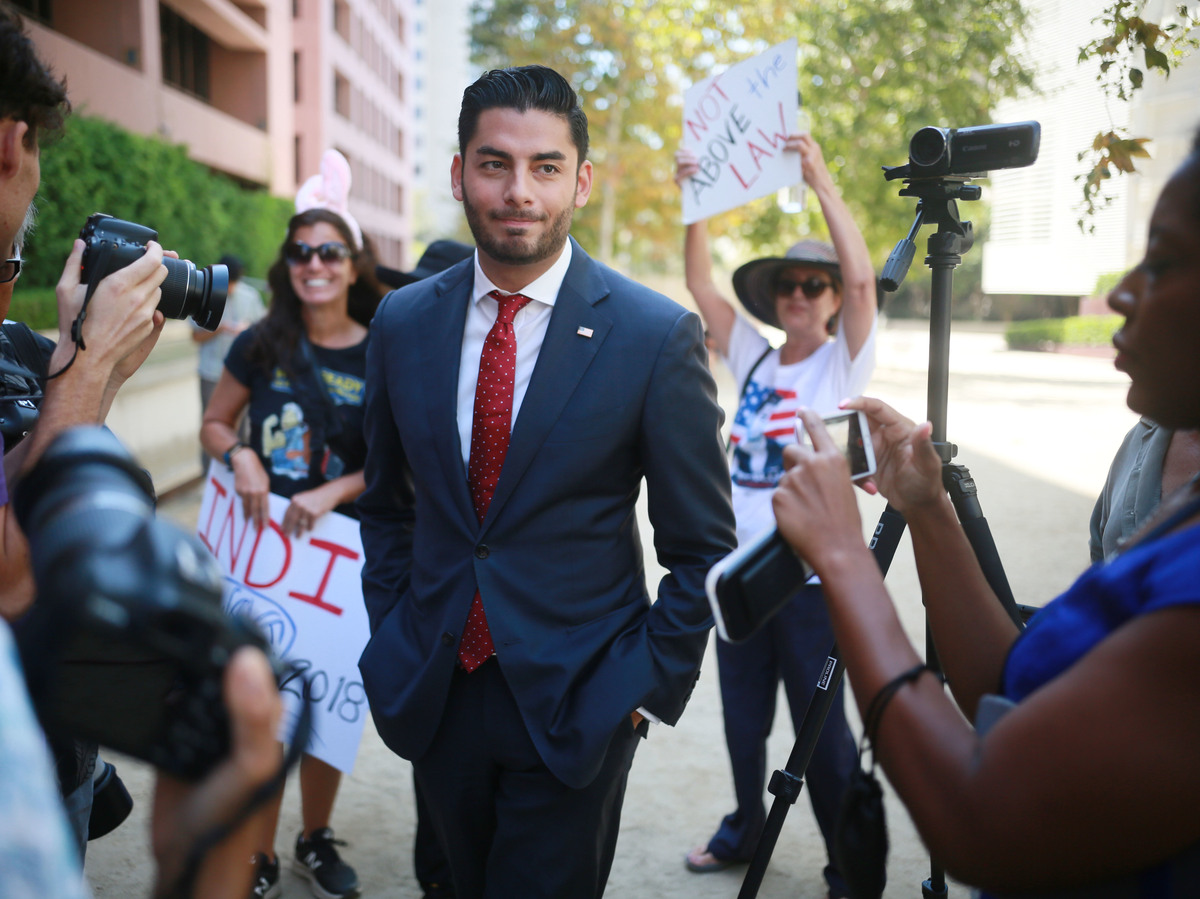 Ammar Campa-Najjar, who is running against Republican Rep. Duncan Hunter, speaks to reporters outside the San Diego Federal Courthouse during Hunter's arraignment hearing in August.

Bonnie Sealey's view of Campa-Najjar is the exact opposite of Hunter's. She was one of about 60 Campa-Najjar volunteers who rallied on a cool, cloudy morning in the city of Temecula.

The volunteers held up campaign signs on a street corner, cheering whenever a passing car honked in solidarity. Then the tall, skinny, 29-year-old first-time candidate took the microphone.

His history as an Obama field director and low-level staffer in the administration showed.

"Are you fired up? Are you ready to go?" he asked the crowd. "You know who else is ready to go? Duncan Hunter. It's time for him to go."

Hunter's federal indictment is a gift to Democrats in the 50th Congressional District, where Republicans have a 14-point registration advantage. And Campa-Najjar came back to it over and over again.

"We cannot in good conscience let a lawbreaker be our lawmaker anymore," he said. "We can't trust somebody to pass laws that he himself cannot follow."

Polls suggest that the GOP advantage in this district has gone up in smoke. Campa-Najjar calls Hunter's attacks on his ethnicity a sign of desperation. But, recalling his Obama years, he says he has a role model who has been through this kind of thing before.

"I was really inspired by a skinny brown guy with a funny name who became president," says Campa-Najjar, "and it ... was a validator for me growing up."

Women Veterans Show Off Fighter Jets In Campaign Ads, But Also Their Minivans

Hunter argues that it is Obama administration holdovers in the Justice Department wielding their influence who are responsible for his current legal troubles. As he told a reporter from KGTV, the Department of Justice "is the Democrats' arm of law enforcement. That's what's happening right now. It's happening with Trump and it's happening with me, and we're going to fight through it and win."

Another fact check: The United States attorney who approved the 60 criminal charges against Hunter is a Trump administration appointee.

Whatever happens at the polls in November, Hunter knows that the next firm date on his calendar after Election Day is his Dec. 3 appearance in federal court.