Accessibility links
The Russia Investigations: Unanswered Questions In The Eye Of The Storm The president and his lawyers may be close to submitting a take-home exam of sorts to special counsel Robert Mueller, but so many other points about this imbroglio remain unresolved. 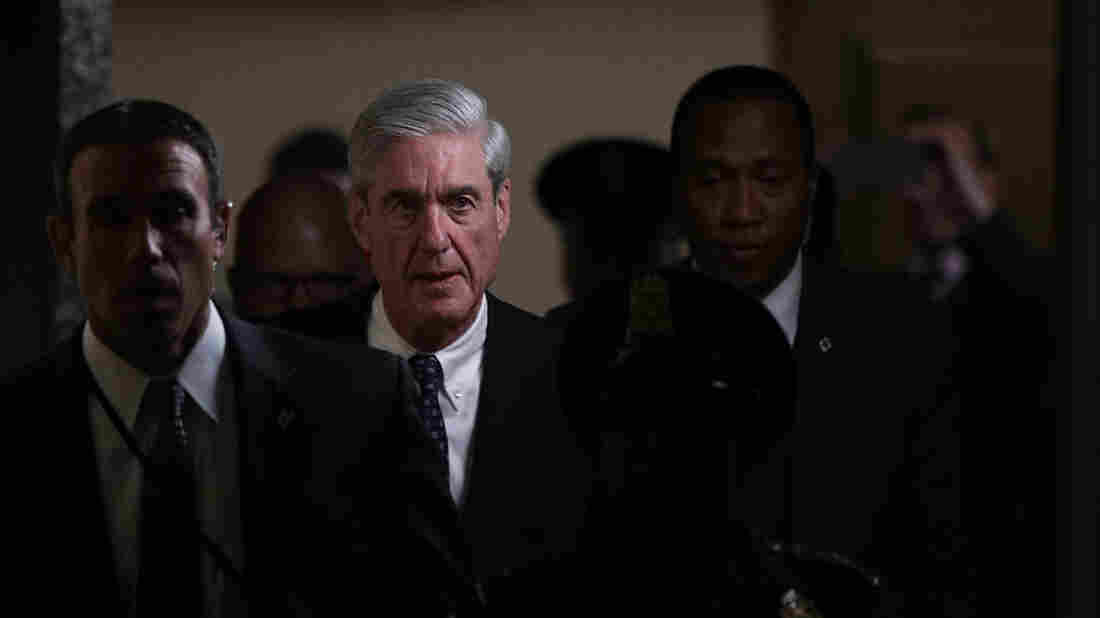 Special counsel Robert Mueller is required to submit a confidential report when his work is done, but the publication and circulation of whatever he files is not a sure thing. Alex Wong/Getty Images hide caption 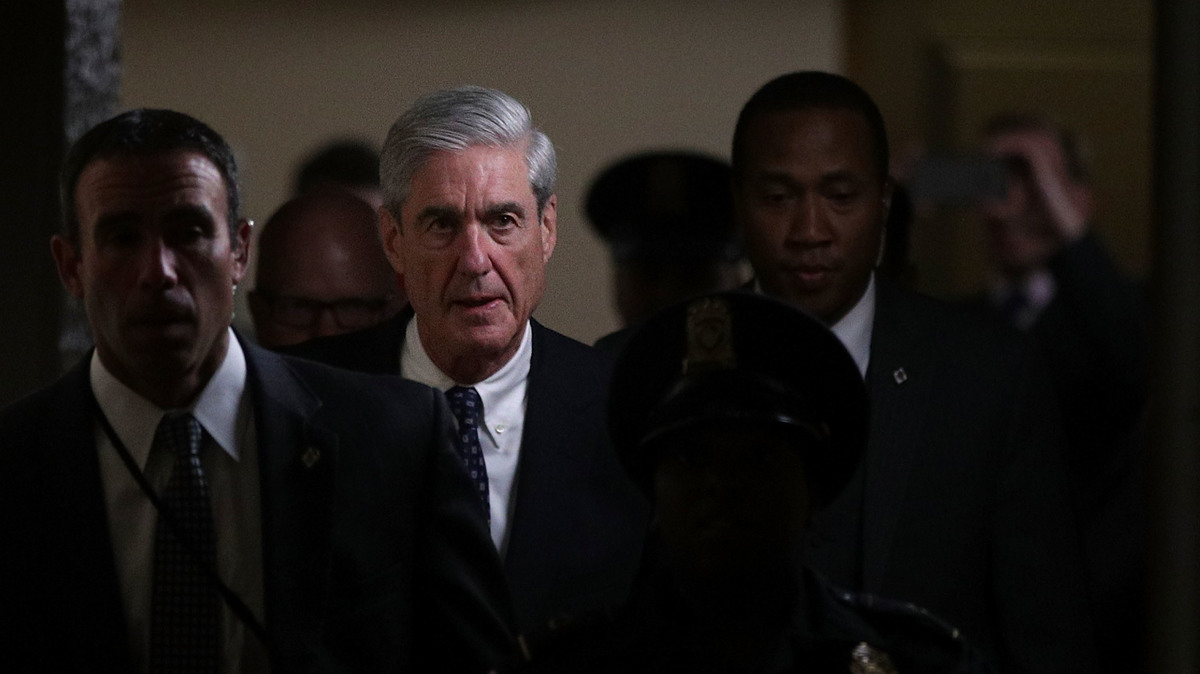 Special counsel Robert Mueller is required to submit a confidential report when his work is done, but the publication and circulation of whatever he files is not a sure thing.

This week in the Russia investigations: New reports set the table for the resumption of action if the special counsel's office is waiting until after the midterm elections.

The eye of the storm

If Justice Department special counsel Robert Mueller isn't observing a de jure "quiet period" ahead of the Nov. 6 election, he is observing one de facto. Notwithstanding a lot of noise about the prospect of more indictments or other action, Mueller so far hasn't delivered.

That suggests that Washington, D.C., may be passing through the eye of the Russia imbroglio and will continue to experience a comparative calm until the arrival of the opposite inner wall of the storm, possibly after Election Day in less than a month.

If so — what happens then?

More charges, maybe. And it has become axiomatic within the capital to anticipate that Mueller plans to issue some kind of report about his findings — possibly a major Sept. 11 Commission-style printed book.

Mueller is required to submit a confidential report to Deputy Attorney General Rod Rosenstein when his work is done, but the publication and circulation of whatever he files are not a sure thing.

What then? It all depends on what's in the paperwork. If Mueller's report says, "Resume your lives, citizens — all that can be known about the Russian attack on the 2016 election is known," that is significant, and great news besides for the White House.

If Mueller writes, "Dear Congress, my investigation suggests the president of the United States is a foreign agent," that might complicate matters.

President Trump's team does not seem that concerned about the latter scenario.

Trump personal attorney Rudy Giuliani has said in a few TV appearances that the president's legal team intends simply to rebut whatever Mueller files and suggests that the Russia imbroglio could end just like the beginning and middle of 2018: with dueling documents just like the memos and all the others.

But that kind of finality feels a ways off. There are so many questions that remain unanswered, both small and big, that the special counsel's office would need to resolve either between now and then or within some big notional report that capped off its work.

The next milestone in this saga could be the submission of written answers by Trump's lawyers to questions by Mueller's office, CNN reports. The questionnaire is said to focus on the alleged collusion track of this imbroglio, as opposed to the alleged obstruction-of-justice storyline.

But the document, if it does go to Mueller soon, would not be the last word between him and Trump. The president continues to hold open the possibility that he might sit down for an interview at some point — against the advice of his attorneys — although the negotiations have worn on for so long that it isn't clear whether Trump's position is real or just for public relations purposes.

Don't be surprised if the written answers, or an account about what they say, find their way into The New York Times.

Trump World has used the newspaper to condition much of the public perception about its negotiations with Mueller. The Times reported on the list of questions that Mueller's office wanted to ask, per the Trump team.

And the Times also obtained the Trump team's broad positions on the Russia matter, including its argument that Trump not only cannot obstruct justice by virtue of his presidential powers, but also that he effectively cannot break the law while in office because he can pardon himself.

That is not a consensus position in Washington.

Many other questions remain unanswered. One of them was raised again last week by The Wall Street Journal, which established that former Trump national security adviser Michael Flynn had struck up a business relationship with a now-deceased Republican fundraiser named Peter Smith as far back as 2015. 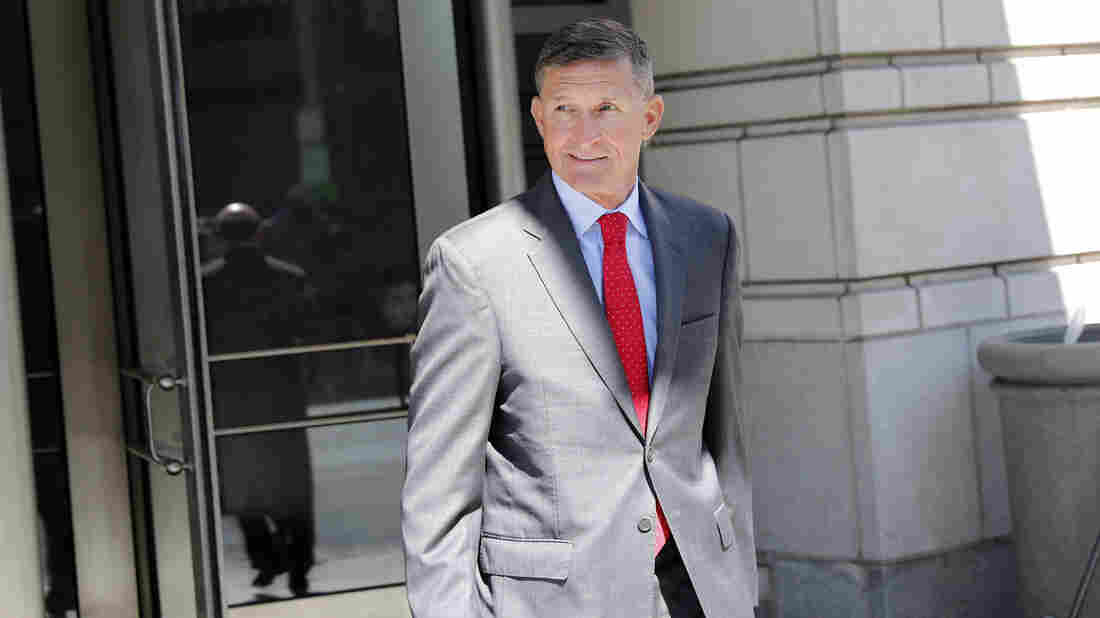 A Wall Street Journal story has established that former national security adviser Michael Flynn had a relationship with a Russian fundraiser that predated the Trump campaign and that may have just predated the long flirtation between Flynn and the Russian government. Aaron P. Bernstein/Getty Images hide caption 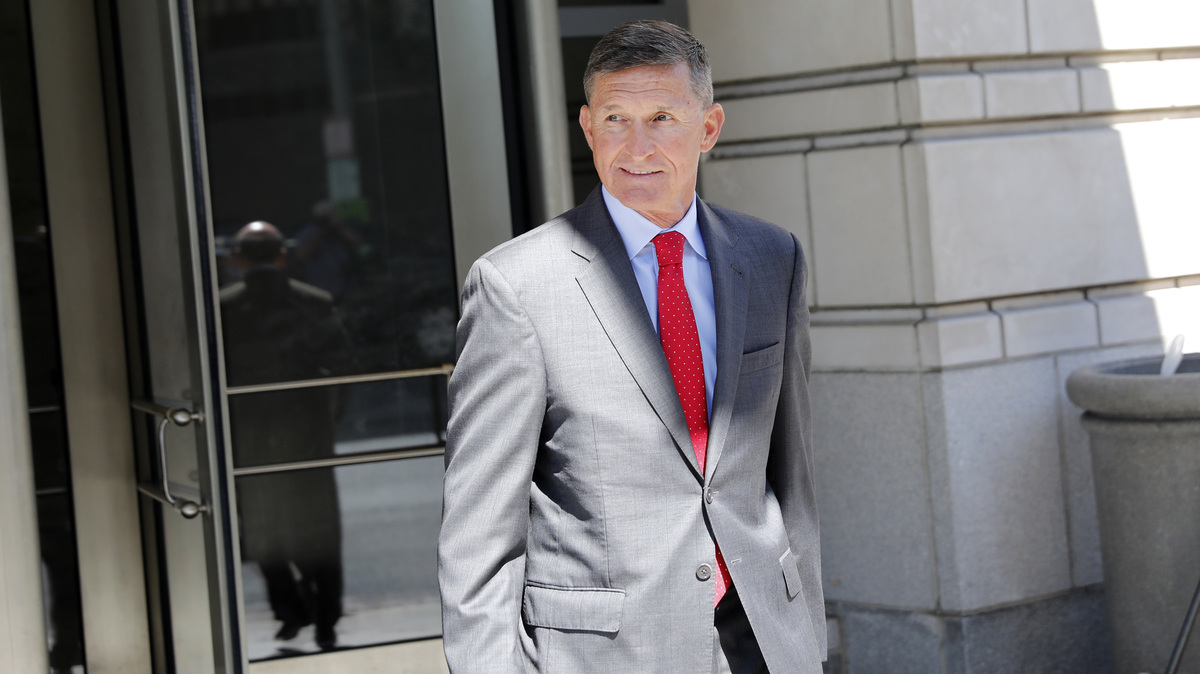 A Wall Street Journal story has established that former national security adviser Michael Flynn had a relationship with a Russian fundraiser that predated the Trump campaign and that may have just predated the long flirtation between Flynn and the Russian government.

Meaning what? Smith was on the outer periphery of the Trump 2016 campaign, and he led an effort to try to get, and possibly to then verify that he had obtained, Hillary Clinton's emails.

Smith told a cyber-researcher and others in 2016 that he had been contacted by someone on "the Dark Web" who claimed to have emails stolen from the private server Clinton used when she was secretary of state. He wanted as much help and money as he could get to obtain the material and then exploit it somehow.

Smith was found dead last year in what authorities ruled a suicide. There hasn't been any public indication that he ever got Clinton's emails. And the FBI has said it had no evidence that Clinton's server was ever compromised, suggesting the Russians never had the electronic messages in the first place.

So why is this important?

Because what The Journal's story established is that Smith and Flynn had a relationship that predated the Trump campaign and that may have just predated the long flirtation between Flynn and the Russian government.

If Smith was telling the truth about the overtures he was receiving, he was yet another in a parallel series of what appear to have been pilot wells the Russians were drilling in the Trump campaign, trying to find a reliable way through.

These also included the outreach to junior aide George Papadopoulos in London, to then-Sen. Jeff Sessions via the National Rifle Association and, most famously, through singer Emin Agalarov's publicist to Donald Trump Jr.

At least one milestone already has been established on the other side of the eyewall that might clear up some of this: Flynn, who has pleaded guilty to lying to the FBI in exchange for his cooperation, is scheduled to be sentenced in mid-December.

The way that chapter ends might reveal more about Flynn's ties not only with Smith and Trump, but also with the Russians who apparently began cultivating Flynn after his defenestration from the Defense Intelligence Agency.

Another big unresolved plotline in the Russia saga is over a putative Internet link between the Trump camp and Russia's Alpha Bank.

The New Yorker concluded last week, based on some obtuse and highly technical reportage, that it might have been connected to some kind of clandestine communications link. But the story was so hedged and couched that it's difficult to know what to make of it all.

This is one of those back alleys in this imbroglio that very few people can illuminate properly, and nearly all of those who can probably work for the National Security Agency.

The near-omniscience that the intelligence agency can exercise over the Internet — flashes of which come through in the work product of the special counsel's office — means that if anyone understands the Alpha Bank server pinging, it's those within the NSA.

But that also suggests that the public might not learn definitively what it means until Mueller elucidates it — if he ever does.