Accessibility links
MacArthur Fellow Vijay Gupta On Making Music Accessible For All Violinist and social justice advocate Vijay Gupta, one of the 2018 winners of the MacArthur Fellowship, speaks about his work in under-resourced communities in Los Angeles and what's next. 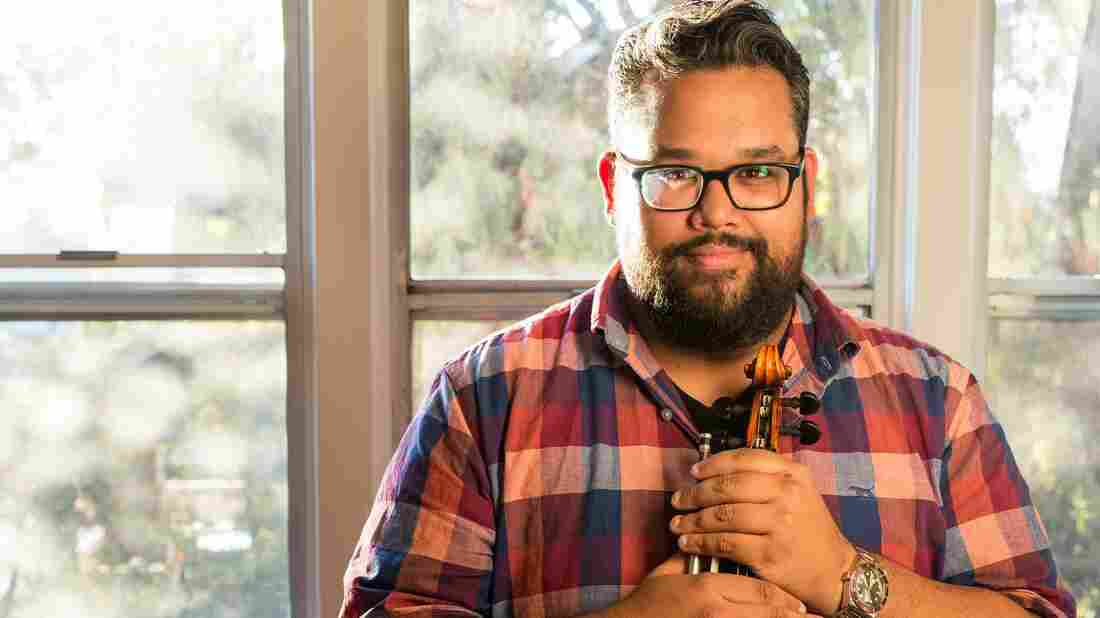 Vijay Gupta is a violinist for the Los Angeles Philharmonic whose life's work has been to make music accessible to all. That passion caught the attention of others and this year he was awarded a MacArthur Foundation Fellowship. Roman Cho/Courtesy of the John D. and Catherine T. MacArthur Foundation hide caption 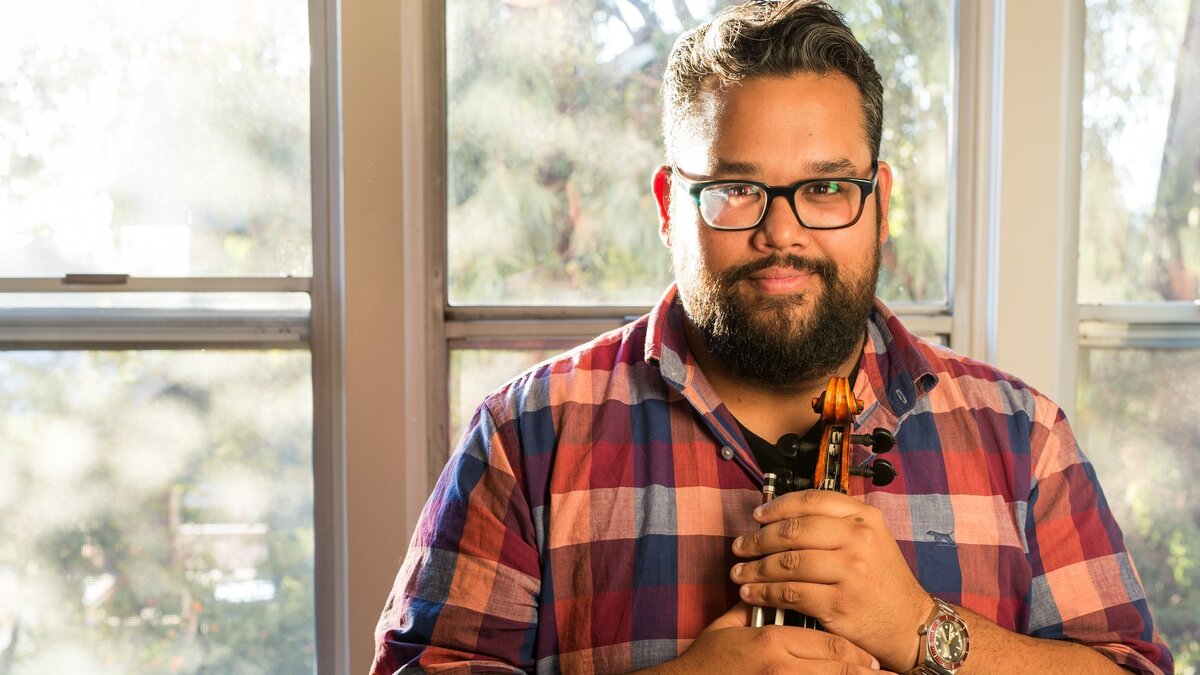 Vijay Gupta is a violinist for the Los Angeles Philharmonic whose life's work has been to make music accessible to all. That passion caught the attention of others and this year he was awarded a MacArthur Foundation Fellowship.

Vijay Gupta's life work has been to make music accessible to all.

That passion caught the attention of others and earlier this month the Los Angeles Philharmonic violinist was awarded a 2018 MacArthur Foundation Fellowship — also known as the genius grant.

This means that Gupta and the other 24 winners of this year's award have "all shown creativity, potential for future achievements — and the likelihood that $625,000, meted out over five years, will help them complete their grand designs," as NPR's Colin Dwyer reports.

Gupta grew up in an immigrant family after his parents came to the U.S. from West Bengal in India.

"My mom was married to my dad when she was 17. My dad was 23 and when he came here, he was actually undocumented. He worked in kitchens and worked baggage claim at JFK and somehow music was their refuge," Gupta says.

Growing up, music constantly played in his house, he says.

"There was devotional Hindu spiritual music or Bengali folk music," Gupta says. "Music was that place of respite, but it was also a place of service."

The notion of music as a place of service stuck with him, and when Gupta was 19, he moved to Los Angeles after securing a spot in the Los Angeles Philharmonic. That's when he says he saw Skid Row for the first time.

"I was overwhelmed with this community of people in walking distance of one of the greatest concert halls in the world ... who experience chronic homelessness," he says. "Many of whom are poor people of color, many of whom have a diagnosed form of mental illness."

It was around that time when Gupta says he met Nathaniel Ayers, once a promising violinist and student at the Julliard School, but who dropped out because of his struggle with mental illness.

When he joined the orchestra, Gupta says he became part of a group of people who had previously known about Nathaniel and who were working with him.

"Very early on it became clear that Nathaniel deserved to be on any concert hall stage in the world, but because he had a mental illness, because he was homeless and undoubtedly because he was black he was a man despite his talent who had lived in the second street tunnel in downtown L.A. for 20 years," Gupta says.

After meeting Ayers, Gupta went on to found the Street Symphony — a group of musicians that performs in shelters, clinics and jails. Gupta says creating the group was about trying to meet other people who were like Ayers.

"It was our audiences in these spaces who would raise their hands and say 'Well what was the composer feeling when they wrote that because I heard this.' And then they would tell us a story or anecdote of their life that exactly reflected where the composer or where we as performers exactly were in our emotional life," Gupta says. "So this was actually one of the most astute and emphatic and engaged audiences that we'd encountered in our lives."

Gupta wants to continue bringing music to those who might not otherwise have access to it, and he says he also wants to tell their stories.

"We all have a story and every person deserves access to tell that story. When we listen to someone's story with reverence and respect, their life matters. Their neighborhood matters. Their histories matter," he says.

Gupta says he also sees his role as a truth teller. And that's a role, he says, that might require "some really hard conversations."

"What I want to focus on doing in the next five years is to open the pathways to beginning those conversations and to pay attention to the fragility and pain and vulnerability that exists with every single one of us, even in those often across the aisle who are not willing to engage" he says.