Accessibility links
In 'Scribe,' A World Haunted By Absences Alyson Hagy's new dystopian novel paints an America torn apart by war and plague, leaving little of the past intact. It's a lean, hungry book that draws on Appalachian folk myths, mercilessly told.

In 'Scribe,' A World Haunted By Absences

In 'Scribe,' A World Haunted By Absences 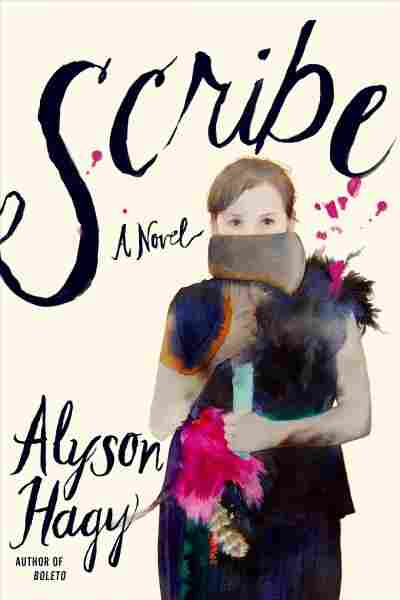 Alyson Hagy's Scribe is a lean, hard wolf of a thing. There's something feral and panting about it. Vicious. It is sour and cruel and vivid, with a long memory and blood in its teeth. It gives nothing away.

It is run-of-the-mill post-apocalyptica, except not at all. Once upon a time, in Hagy's world, there was a civil war, brother against brother, and plagues that followed. A war became wars (plural). One country became a fractious muddle. Things fell to pieces, and the world — America, or one small part of it — is bereft of people now. Not completely, but still. It has become a quiet place that feels more 1870 than 2070 (or whenever). There's no stuff. Or not much stuff: Campfires. Fields tilled by hand. Knives and bows and arrows and papers and quills. Hagy has sketched it lightly. So much of what her characters know has been lost to forgetting, deliberate or accidental, that their world feels like a fable waiting to be told. Like myth sleeping and waiting for its time.

Scribe's story is clear, simple and plain. In Hagy's future, most everything has been lost. Literacy is no exception. But her main character (unnamed, defined — outwardly, at least — almost entirely by what she does, what she has done) is a professional writer of letters. She listens to what needs to be said, puts the words down on the page, occasionally better than the speaker ever imagined, occasionally word for word.

But this isn't scrivening. It isn't taking dictation. There's some boggy, inexplicable hoodoo magic in her letter-writing, and a fair amount of superstition and faith put onto her by those who come to her doorstep. What she does (it seems, sometimes, maybe most of the time) is hear people's confessions. She puts their worst sins down on paper so that they can be free of them.

Or anyway, that's what she's asked to do by a man named Hendricks, who comes to her house one day to ask her to write him a letter, then to take the letter to a certain crossroads and read it aloud.

And that's it. The entire book is the wish and the fulfillment, nothing more. Some people would call Scribe a short book. A fast read. But it isn't really either of those things. Really, it's a hungry book — one where every sentence seems to imply a second that it never offers; where every page and every paragraph offers the ghost of a feast, but never lets you eat.

Outside, the air was layered with the scents of cooling bark and leaves. The sun flared behind the hill where the Hopkins house lay in ruins, nothing left to scratch at the sky but its four stout chimneys. Persimmons. The sunset was the color of persimmons. She reminded herself that she needed to walk to where the last of the tenant cabins still stood to see how the trees were bearing and if their late-season fruit was finally ripe.

But Hagy's characters do. In the things they see, notice, discuss, we (as readers) can feel the holes where a story should go. Where stories are. And we understand that everyone living there knows these stories, knew the Hopkins family, knows what happened. We know they don't want to think about it because they don't talk about it. The ruin of the house just exists, our touchstone to a greater, deeper, darker world that thrums just below the surface. And thus, Hagy haunts her world with silences and things not said.

Some people would call 'Scribe' a short book. A fast read. But it isn't really either of those things. Really, it's a hungry book — one where every sentence seems to imply a second that it never offers.

It's a world full of people who can't speak the things they most want to (or need to). A community has grown up in and around the home of Hagy's scribe. There are wanderers called The Uninvited who camp in her bottomlands, and close-knit clans in the hills — families who track grievances and feuds over generations. The law is made by Billy Kingery, who runs the only store and owns everything he sees. All of their lives are held together by a patchwork of lies and negotiations, of rules made by Billy and enforced by his men, of memories of when things were much, much worse.

But when the man, Hendricks, accidentally kills one of The Uninvited, things go wrong. When the old families in the hills decide that the letter-writer's reputation isn't what it used to be — that the protections extended to her no longer count — things get worse. Hagy's protagonist knows what comes next.

"Blood led to vengeance, and vengeance, as she knew all too well, was impossible to manage."

The voices of the dead come back in this place (the main character's sister, in particular — gone for years, and under terrible circumstances). There are visions and hallucinations, magic born of desperation and sacrifice, quests, journeys, life and death — all packed into too few pages. In the end, Scribe finally feels like an Appalachian fairy tale, pared-down and merciless in its telling. It's a story that doesn't stop when you close the covers, but continues growing until the shadow of it is larger than you recall.