Accessibility links
'The Witch Elm' Starts Slow, Then Sucks You In Tana French's new standalone novel packs a lot of character and background information into the first few chapters, but the atmosphere and dialogue will keep you turning pages as the mystery unfolds.

'The Witch Elm' Starts Slow, Then Sucks You In

'The Witch Elm' Starts Slow, Then Sucks You In 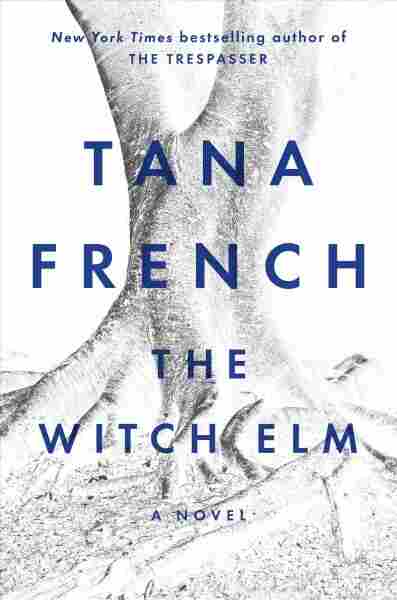 Toby Hennessy — star of Tana French's new standalone novel The Witch Elm — is a man in his late twenties who has a loving girlfriend, a good job, excellent friends, and a close-knit family that often congregates at Ivy House, once the home of his grandparents and now inhabited solely by his bachelor Uncle Hugo.

But before we meet Toby, he's been violently assaulted in his apartment, left for dead, and awoken in the hospital to discover that he'll not only need a few weeks to recuperate, but he'll suffer from crippling PTSD. When Uncle Hugo suggests Toby spend his convalescence at Ivy House, his girlfriend Melissa is thrilled. The survivor of a sad family of origin, she admires the way Toby's uncle cares for his brothers and their wives as well as their children. Toby's cousins Susanna and Leon also treat Ivy House as a second home, with Susanna's husband and young children as well as Leon's current boyfriend rounding out the menagerie.

If you think all that went by quickly here, imagine what it's like to have all of this occur in the first third of the book. Very few of the characters completely gel, either through description or in the reader's head. Sometimes being thrown into the middle of things ratchets up the tension — but here, in a novel where the body isn't discovered for hundreds of pages, it feels off-kilter.

Meanwhile, Toby and Melissa set up housekeeping with Hugo, whose brain cancer at first does not interfere with his gentle occupation of fulfilling genealogy requests, many of them from American descendants of Irish blood. One of his clients' inquiries offers a clue about connections and how women's stories can be overlooked when delving into the past — and the slow care with which French develops this bit of stagecraft demonstrates how accomplished her writing can be.

She also takes her time drawing out the discovery Susanna's son Zach makes in Ivy House's idyllic back garden. (Yes, the titular tree is involved. No, I won't spoil that for you any further.) It shocks the entire family and makes Toby question his serene upbringing, especially when he learns that some of his mates' youthful hijinks had painful consequences. In this book, French takes on memory: Damaged memories, like Toby's. Declining memories, like Hugo's. Painful memories, like Susanna's and Leon's. We learn that who tells the story matters, very much, and yet wresting control of a story does not lead to happiness.

Even if French skimps on character development and overdoes the lead up, her atmosphere and dialogue will keep you reading, reading, reading. Many fictional conversations between couples feel like busywork meant to get you through to the next fight or bedroom scene; not so with Toby and Melissa, who have to talk about Hugo's condition — Toby says "This isn't what I want for you" and Melissa replies "Well, if I could pick anything in the world, this isn't what I'd want for you, either ... But it's what we've got."

The last 100 pages of 'The Witch Elm' feel like the heart of the novel, and although that's a bit unexpected, well, it might be what French intended.

There are miles to go, yet, from Toby's lazy, hazy days at Ivy House to a much different existence, one in which he has to acknowledge how blind he was to anyone else's suffering. The last 100 pages of The Witch Elm feel like the heart of the novel, and although that's a bit unexpected, well, it might be what French intended. Through much of the plot, Toby's brain has to work very hard just to recall words that were once active parts of his vocabulary. He finds events and feelings even tougher to recall from the murk of the past. Although he has worked hard to discover the truth about the secrets in his family's garden, those secrets don't save him. Perhaps they aren't meant to.

We are all, someone once said, just one phone call from our knees. Sometimes being on our knees indicates supplication. Sometimes it involves desperation. For Toby Hennessy, it means desolation and separation from all he has rightly or wrongly held dear, a fierce comment on contemporary Western culture. This standalone may not be French's best novel so far, but it portends even better ones to come.

An earlier version of this review misidentified a character as Leo. His name is Leon.