Accessibility links
County Officials Shutting ICE Out Of Local Jails Activists on the left are persuading local governments to end jail contracts with ICE, hoping to force the Trump administration to loosen its "zero tolerance" policy. 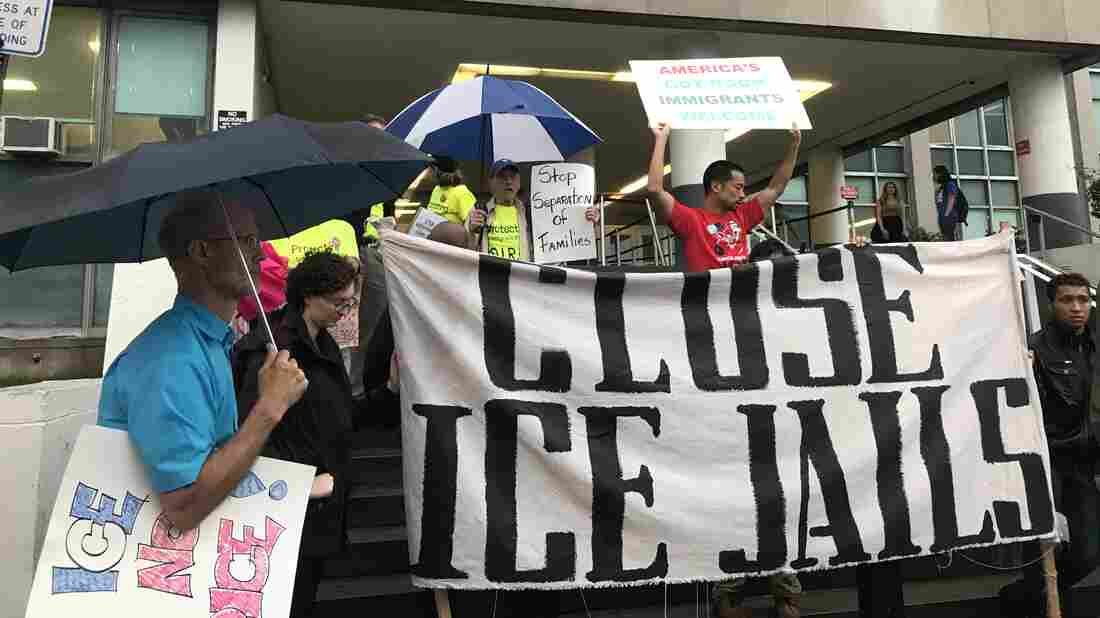 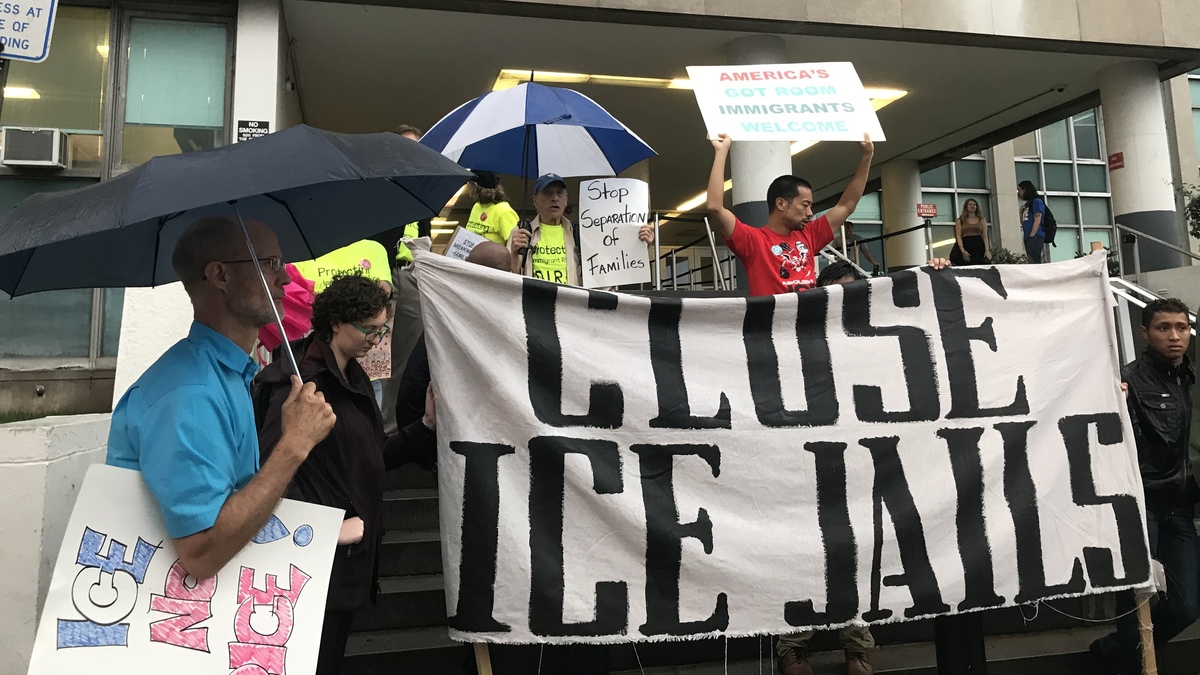 While the aggressive immigration enforcement policies of the Trump administration continue nearly unabated at the national level, activists on the left are succeeding on a smaller scale as they persuade local governments to end jail contracts with ICE. Their hope is that shutting ICE out of the jails that hold immigrants awaiting deportation and court hearings will pressure the Trump administration to loosen its "zero tolerance" policy toward undocumented immigrants.

Local officials are yielding to this scaled-down localized version of the #AbolishICE movement in both liberal and conservative areas. In California, local governments in Contra Costa County, Sacramento County and the city of Santa Ana recently pulled out of their contracts with ICE. The same thing happened in Williamson County, Texas, which will no longer hold immigrants come this January, and in Atlanta, where the mayor issued an executive order to stop accepting ICE detainees.

The latest success for the movement was in Hudson County, N.J.

When local legislators in the diverse and Democratic county met in July to renew a long-standing contract with the federal government to detain immigrants, they quietly voted on the deal without so much as announcing it beforehand on the meeting agenda.

The resulting firestorm blindsided the all-Democratic board of freeholders, which runs the county. A group of local religious leaders sued. Protests outside the Hudson County jail, which detains nearly 700 immigrants, grew so loud that the jail director said the noise stirred a near riot in an immigrant wing of the facility. Finally, last Thursday, the freeholders voted 6-3 to end their multimillion-dollar contract with ICE by 2020.

"We come to you tonight because you do have the power — and it may not be a lot," said Carl Schwartz, one of scores of ICE opponents to speak at the 4 1/2-hour freeholder meeting. "It may be for one county, in one state, over one detention center. But if we can get this thing shut down here in Hudson County we can show what we really stand for in North Jersey."

Hudson County has a 43 percent foreign-born population and is run entirely by Democrats, so it is particularly vulnerable to scrutiny. Opposition is also mounting in the two neighboring counties, Essex and Bergen, which are likewise filling their jails with ICE detainees. Together the three counties hold as many as 2,000 immigrants at any given time and collectively take in about $6 million per month from ICE, a near 50 percent increase from the end of the Obama administration, records show.

Activists were arrested earlier this year protesting the ICE contract in Essex County. And in Bergen County, attention turned to how immigrants are forbidden to hug their visiting relatives after the sheriff who runs the jail resigned in the aftermath of being caught on tape in a racist rant.

Funding The Immigration Crackdown At An 'Unsustainable Rate'

Activists are, however, frustrated that they are not making even more progress. The 2020 contract expiration date that Hudson County freeholders approved last week didn't satisfy a variety of advocates who say immigrants shouldn't be marooned in the jail, where conditions have been described as "inhumane," for at least two more years. They want the contract canceled immediately, which the freeholders have the power to do.

But time is needed, freeholders said, to find ways to make up for the tens of millions of dollars that the county receives annually from ICE. "There's a strong possibility that we'll phase out sooner [than 2020]," said Freeholder Anthony Romano. "So it's not just rhetoric."

In the meantime, the freeholders gave their support last week to two new oversight boards to improve detainee treatment at the jail. The Hudson County Correctional Facility has been plagued by problems — suicides, poor medical care, bad food. But freeholders were floored when three recently released detainees spoke at the meeting last week to tell of abuse they suffered there, including sexual assault by other ICE inmates.

"My experience at Hudson was some of the worst of my life," said Leisvel Gonzalez, a 25-year-old from Cuba. "I was a victim of rape."

Gonzalez said that he reported two incidents of rape to a corrections officer who works with ICE, but nothing happened. He then pointed to the officer, who was in the crowd at the meeting. The officer — a corrections department lieutenant who is the jail's ICE liaison — confirmed that he was indeed told about the incident.

The jail director, Ron Edwards, then interjected to say he would investigate the incidents. He added that he has a zero tolerance policy for assaults.

But there's another wrinkle to the situation for immigrants at the jail, who now make up the majority of inmates. Almost all of them were picked up by ICE in New York, which makes them eligible for pro bono legal representation provided through city and state funds. With detainees moved out of Hudson County, they could be sent far away, without access to their free attorneys. Immigrants without lawyers are far likelier to be deported.

"Families and lawyers and their community are here," said Ryan Brewer of the Bronx Defenders, a public defender agency that represents detainees. He said immigrants need to be in proximity to legal resources to "to actually win their cases and remain permanently in the United States, or obtain release on bond."

Others wanted to keep the contract as it is. Democrats in Hudson County had initially argued that the contract is necessary to keep taxes down and avoid layoffs of public workers at the jail. Yvonne Balcer, 70, a lifelong resident of the county seat, Jersey City, scolded the freeholders for shifting their priorities.

"Your job is to represent the taxpayers of Hudson County, not to represent a social group!" she said. "And if you don't start putting us first we will start electing those who put us first."