Accessibility links
Michael Will Cost Insurers Billions, But Won't Overwhelm Industry, Analysts Say The storm's costs to insurers will be substantial, Fitch Ratings says, but companies should be able to absorb the losses. Still, communities will be coping with the financial fallout for a long time. 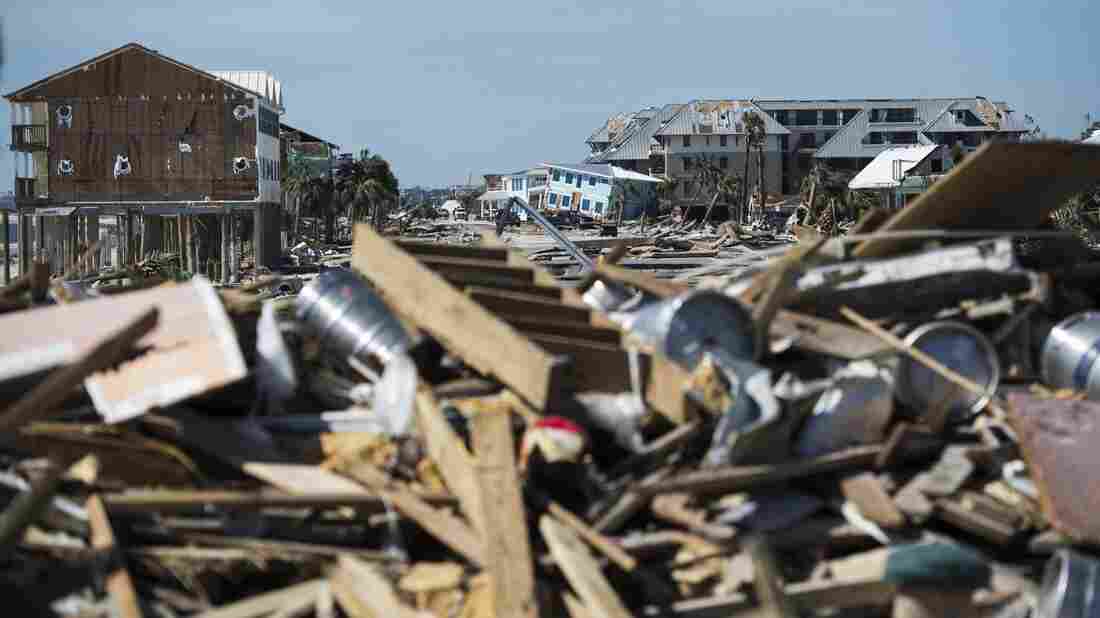 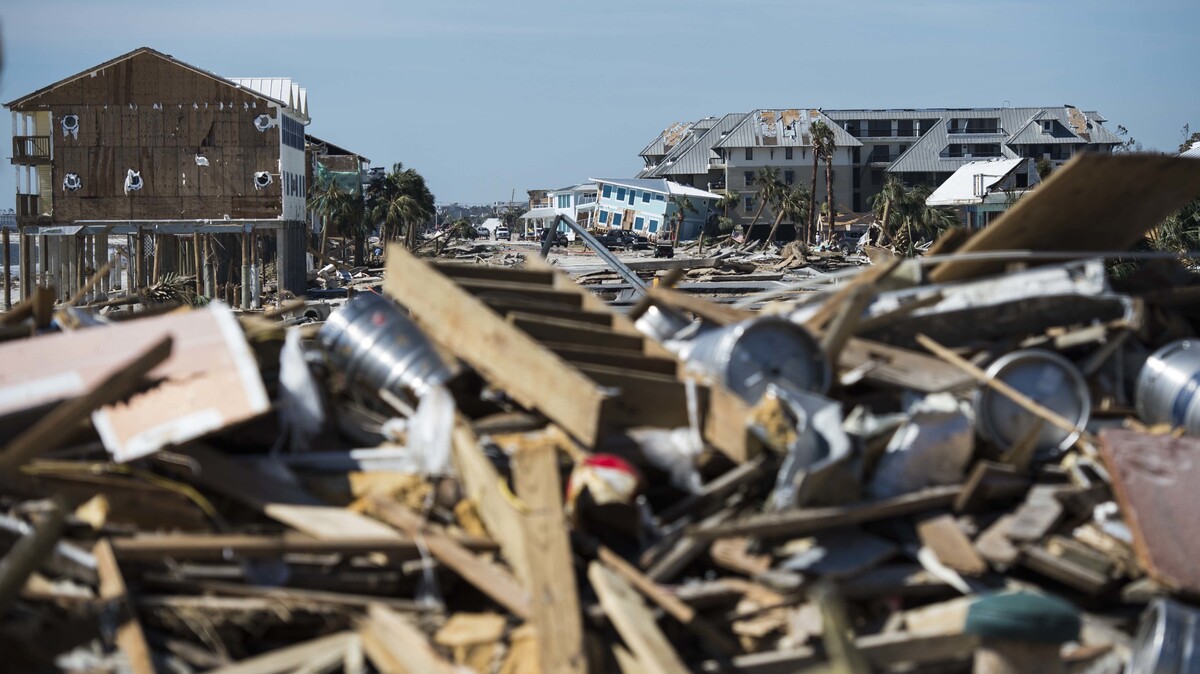 Destroyed homes and debris are seen near Port St. Joe, Fla., on Friday, two days after Hurricane Michael hit the Florida panhandle. Analysts estimate the storm has caused billions of dollars of damage.

Analysts are estimating that Hurricane Michael has caused billions of dollars of damage and will create a substantial loss for insurers, but the industry is expected to cope — once again avoiding the kind of meltdown that Florida saw in the 1990s, after Hurricane Andrew.

It's still too early for a full accounting of the financial fallout. And insurance adjusters — like residents, utilities and rescue teams — have grappled with blocked roads and downed communication systems as they try to quantify the extent of the damage.

Carl Nemeth, special investigative unit manager at Tower Hill Insurance, spoke to NPR from the outskirts of Panama City, Fla., over the weekend, explaining that there were still roads that weren't safe to travel on. That has meant processing insurance claims for properties neither owners nor adjusters could yet access.

"In situations like that, we're relying on aerial imagery ... so if we can't get to the site or get a look at it, at least we can get a decent picture of what's going on," he said.

Tower Hill uses satellites and airplanes for those aerial views. But Chris Chandler, an adjuster with Alfa Insurance in Alabama, says some individuals, facing the same problem, are using personal drones.

"I left a farm a few minutes ago — they've got two different herds of cows that they can't even get access to, there's so many trees down," Chandler said, speaking to NPR from Houston County, Ala., in the state's far southeast.

While access problems remain, much of the damage is easy to spot.

And it's not just destroyed houses, Chandler says. Agricultural communities were hit hard, with poultry houses ripped apart, timberland covered in trees snapped in half and cotton fields stripped bare by powerful winds.

"People's livelihoods depend on the crops that they have," Chandler says. "This was [going to be] a good year for for cotton ... this is going to take a lot of farmers financially really, really hard."

CoreLogic, a property data company, estimates that Michael caused up to $5 billion in insured losses, while catastrophe modeling company, Karen Clark & Co., estimates the loss might be as high as $8 billion.

While the damage is extensive, it's not so bad that analysts are worried about the health of the region's insurance industry.

Fitch Ratings announced Friday its assessment that the industry is "well positioned to absorb the losses from Michael," even after recent losses from Hurricane Florence.

Absorbing losses from disaster is, of course, what insurance companies are supposed to do.

But very large and damaging storms — especially in Florida — often raise concerns about whether insurance companies can actually fulfill all their claims without going bankrupt.

The industry was not equipped to handle the cost of Hurricane Andrew in 1992. After the storm, some smaller insurance companies went bankrupt, and many bigger ones backed away from offering coverage in hurricane-prone areas. Premiums went up, and for some homeowners, insurance could be hard to find.

The system worked well after Hurricane Irma in 2017, Fitch Ratings notes, and it's expected to do the same after Michael.

But the storm's financial costs will still linger. Not every loss is insured, and even homeowners and businesses that have insurance face a long and difficult recovery.

Chandler, the adjuster in Alabama, says it can be emotional meeting with residents to go over their losses after the storm.

"You wish that you could just snap your fingers and make everything back to normal," he says. "Obviously, that's not going to happen."