'Bad Times At The El Royale' Is A Twisty, Neon-Lit Neo-Noir

'Bad Times At The El Royale' Is A Twisty, Neon-Lit Neo-Noir 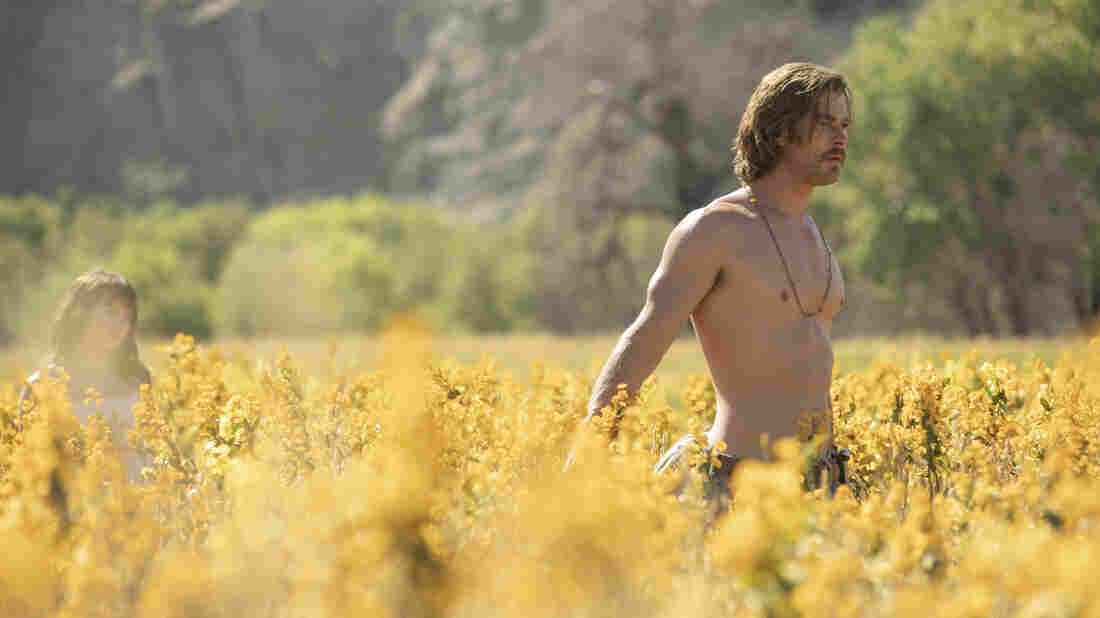 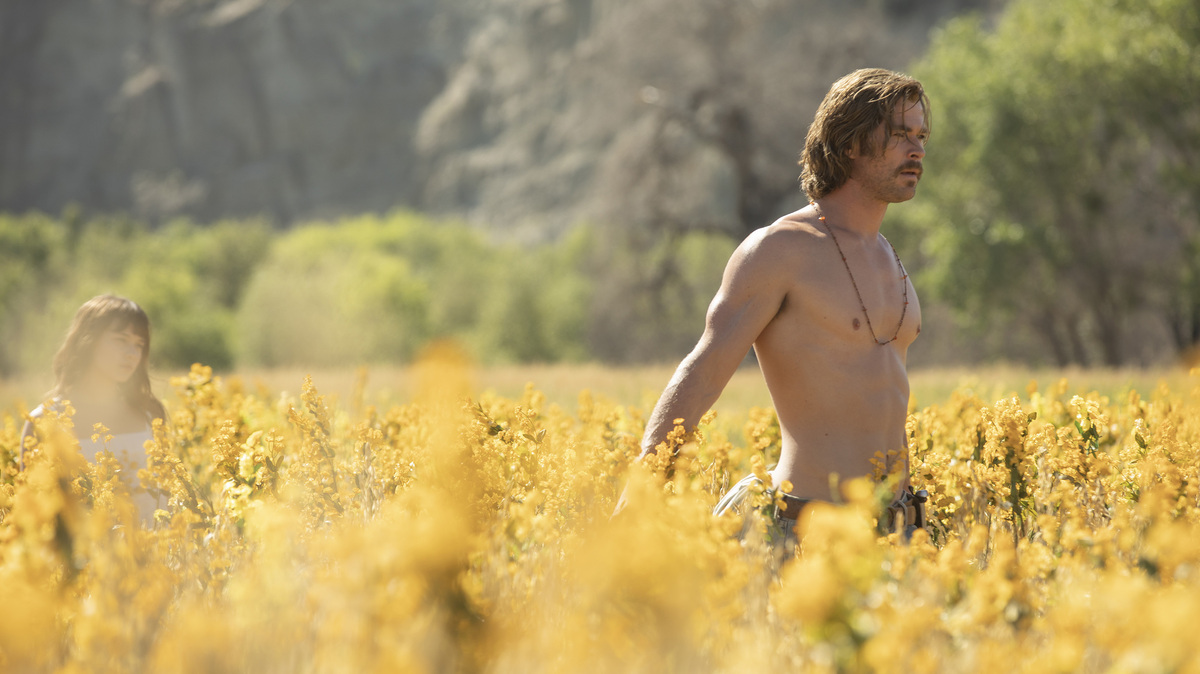 With the surprisingly inviting neo-noir Bad Times at the El Royale, writer/director Drew Goddard panders to jaded moviegoers' secular disillusionment for the sake of making a larger (though ultimately vague and tidy) point about Americans' struggle for meaning in a post-'60s world. And it always is a struggle: Bad Times at the El Royale follows several strangers as they, in a sequence of Pulp Fiction-y vignettes and flashbacks, recall how and why they've fled to the El Royale, a posh but now-abandoned casino-cum-motel that straddles the Nevada/California border.

In this way, Goddard (the co-writer and director of 2012's Cabin in the Woods) uses melodramatic plot twists and grisly violence precisely, to make a broad point about the struggle between square-jawed (but sympathetic) optimism and cynical (but relatable) pessimism. His interest in Americans' struggle to find faith during dark times (the film takes place some time in the late '60s) makes Bad Times at the El Royale seem downright quaint, but this Irwin-Allen-sized B-movie mostly works thanks to Goddard's knack for nesting-doll-style narrative compartmentalization and his talent for bringing out the best in his uniformly strong ensemble cast, which includes Jeff Bridges, Chris Hemsworth, and breakout star Cynthia Erivo.

Bad Times at the El Royale begins with genial, but pointedly misleading introductions — amiable, but scatter-brained Father Flynn (Bridges), meet shy, downhearted Motown singer Darlene Sweet (Erivo); Darlene, meet obnoxious, Foghorn Leghorn-like vacuum salesman Laramie Sullivan (Jon Hamm); Laramie, meet stand-offish hippie-type Emily Summerspring (Dakota Johnson) — that are soon defied and complicated by a perpetually escalating series of revelations about the El Royale's clientele and shy, but delinquent concierge Miles (Lewis Pullman). For starters, there are — as the film's trailer reveals — hidden passages and two-way mirrors behind all of the motel room's walls. There's also a woman (Cailee Spaeny) tied up in a car trunk, a vial of Rohypnol-like liquid in an unexpected visitor's pocket, money hidden under the floorboards, a surreptitiously filmed pornographic film reel starring a mysterious celebrity, and microphones hidden in almost every fixture. There's also some talk of prayer and absolution — Miles wants Father Flynn to bless him; Laramie helps his daughter get to sleep reciting "Now I Lay Me Down to Sleep" with her over the phone; Darlene struggles to find the faith that she once had as a former choir singer — but nothing major. Not yet, anyway.

Ridley Scott Finds An Optimistic Space In 'The Martian'

Goddard keeps his hyper-compartmentalized plot moving forward so swiftly that he never gives us time to feel overwhelmed by Bad Times at the El Royale's preponderance of twists and signifiers. He often lets his characters' reveal their inner struggles through wide-angle camera compositions, smooth tracking shots, and long (by modern standards) takes. Goddard gives viewers' time to adjust to their surroundings and encourages us to let our eyes wander, sometimes down a hidden corridor or into the gaping hole at the center of a busted two-way mirror. He also, unfortunately, explains a bit too much through dialogue, especially once Billy Lee, Hemsworth's Charles Manson-like cult leader, enters the picture. Still, Bad Times at the El Royale feels unhurried and smooth where Cabin in the Woods felt frantic and unruly, suggesting that Goddard's chutzpah is now almost equal to his confidence as a filmmaker.

Better still: Goddard's apparent love for his actors — their faces, the way their bodies' move, how they talk — is infectious. He gives Erivo plenty of time and room to impress viewers with her stunning, soulful cover of Motown hits like The Isley Brothers' "This Old Heart of Mine," a performance which is understandably foregrounded in the film's trailer. Goddard lets Hemsworth seduce viewers with a swing of his hips and several eyefuls of his washboard abs. He also gives Bridges, who who undercuts his usual Rooster Cogburn-style grimacing and growling with enough stammering and panting to make you feel like you're watching his character fight a losing battle against his old age and failing memory, some of the best material he's had to work with in years. Even Hamm, whose performance comes off, initially, as grating, soon proves himself perfectly cast and utilized.

Goddard's so good at immediately drawing viewers in that even his scenario's too-soft landing doesn't significantly diminish Bad Times at the El Royale's many little pleasures. Granted, his Byzantine narrative really needs a show-stopper finale. The film may not feel like it's 140-minutes long, but, well, it's 140 minutes long. Goddard spends so much of that time building up his characters as characters that eventually, one can't help but wonder why they matter. Why them? And why a shallow vision of the late 1960s as an era of Motown, televised Nixon speeches, and a fictional Manson Family-style cult?

The answers that Goddard offers aren't really substantial, but they're good enough to hold everything together. He never swings so far for the fences that his characters' actions don't make sense, given what we know about their personalities as they've been patiently sketched out over the course of the film. It's not that smart, but Bad Times at the El Royale is attractive enough to be clever.

An earlier version of this post misidentified the prayer spoken by the character Laramie and his child as "The Lord's Prayer." It was, in fact, "Now I Lay Me Down to Sleep."