Accessibility links
To Prevent Wildfires, PG&E Pre-Emptively Cuts Power To Thousands In California The temporary outages could hit some 87,000 customers in Northern California. The impacted areas are forecast to have risky weather conditions, including low humidity and gusty winds. 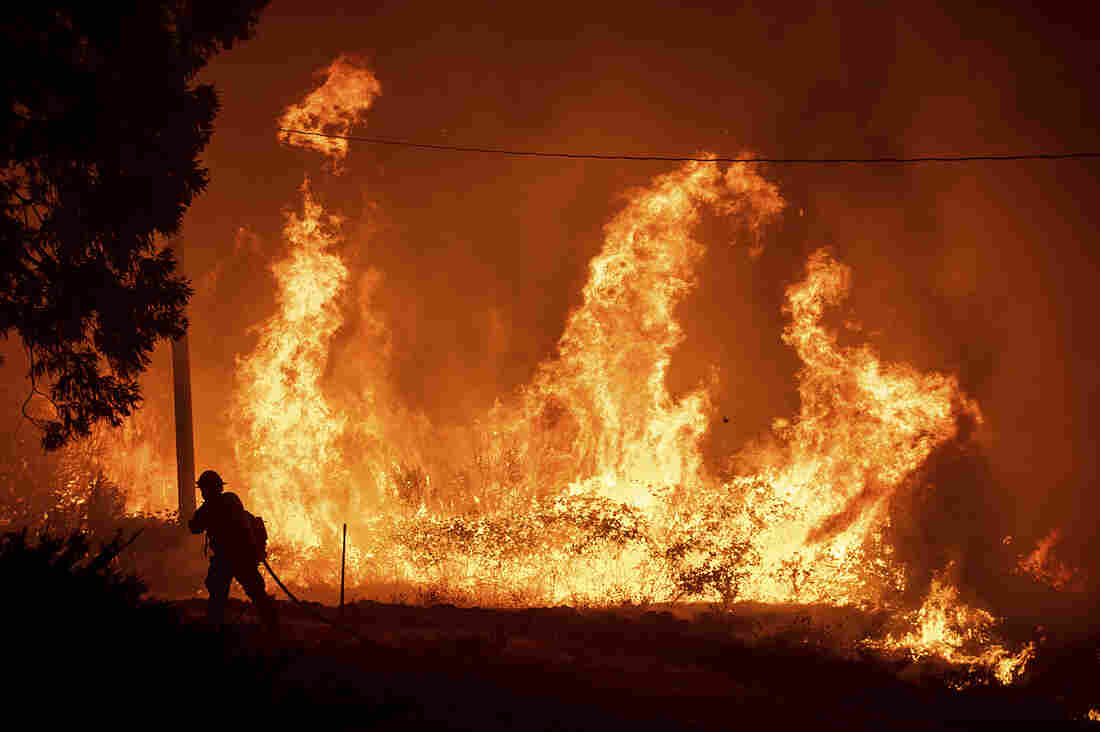 PG&E pre-emptively shut down power in multiple Northern California counties to try to prevent wildfires, such as this recent fire in the Shasta-Trinity National Forest. Noah Berger/AP hide caption 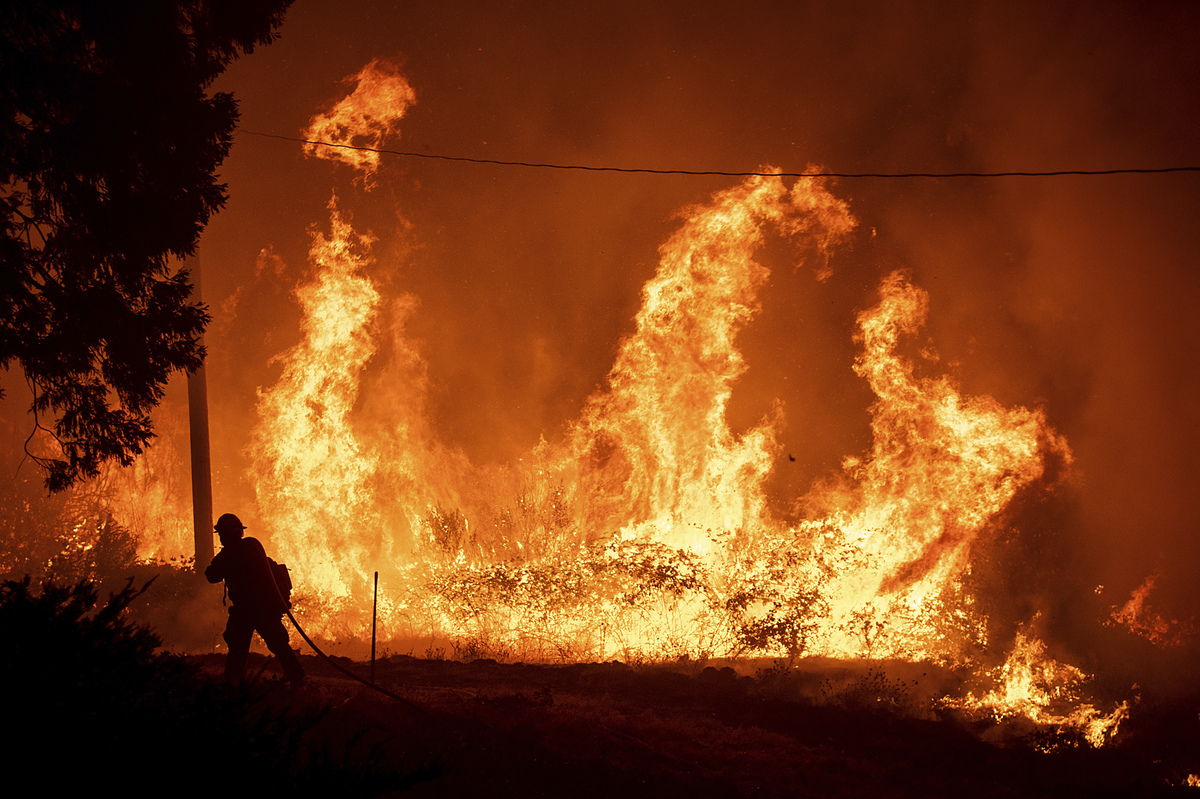 PG&E pre-emptively shut down power in multiple Northern California counties to try to prevent wildfires, such as this recent fire in the Shasta-Trinity National Forest.

To try to stave off the type of wildfires that have scorched California, Pacific Gas and Electric Co. warns it may pre-emptively turn off power for about 87,000 customers in 12 counties.

These areas are forecast to have weather conditions conducive to fires, including low humidity and gusty winds of up to 60 mph.

The temporary shutdowns started Sunday evening, and the company said that most households will have power back on Monday night, with some outages possibly continuing into Tuesday.

According to member station KQED:

"PG&E said it's monitoring conditions in Butte, Sierra, Placer, Nevada, Plumas and Yuba counties and could turn off power in those communities, too."

It's the first time the company has shut off power to prevent fires, KQED reported. And it comes just days after authorities with the California Department of Forestry and Fire Protection determined that last year's Cascade Fire in Yuba County, which burned nearly 10,000 acres and killed four people, was started by "sagging power lines coming into contact during heavy winds." Investigators said at least one of the lines was owned by PG&E.

"Nothing is more important than the safety of our customers and the communities we serve," Pat Hogan, senior vice president of electric operations at PG&E, said in a statement. "We know how much our customers rely on electric service, and we have made the decision to turn off power as a last resort given the extreme fire danger conditions these communities are experiencing."

These are the communities impacted by the shutdown warning, according to the power provider:

The utility stated earlier this month that even though it took "numerous actions prior to the 2017 wildfires," hazardous weather conditions and continued destructive fires make it clear that "our state requires comprehensive new solutions."

"Extreme weather, years of drought, and millions of dead trees are feeding an unprecedented risk of wildfires," PG&E said at the time. "In light of this, we recognize we all need to do even more to help reduce the risk of wildfires, and are committed to working together with our state and community partners to develop comprehensive safety solutions for the future."

Not everybody was happy about PG&E's most recent actions. For example, 69-year-old Joan Sato of Lake County told the San Francisco Chronicle that a machine she uses to treat sleep apnea would not function without power.

"I'm angry for sure because it's totally irresponsible to pull this stuff," Sato said. "I'm going to have to drive to a hotel and stay in a hotel where there is power, but, with no lights, it's not going to be a safe thing."

The newspaper reported that the power company had previously declined to switch off the power over fire concerns, "saying it poses its own risks and could leave police, firefighters and hospitals with no electricity during an emergency."

Other officials praised PG&E's move. "With so many fires pinpointed to electrical lines, when we have nights where winds are going to be 50 or 60 miles per hour, it makes sense to me," David Rabbitt, a Sonoma County supervisor, told the Chronicle.