Accessibility links
'Rogue Killers' May Have Murdered Saudi Journalist, Trump Suggests The Saudis have denied any knowledge of Jamal Khashoggi's whereabouts. "We're going to try getting to the bottom of it very soon," Trump said. He dispatched Secretary of State Mike Pompeo to Riyadh. 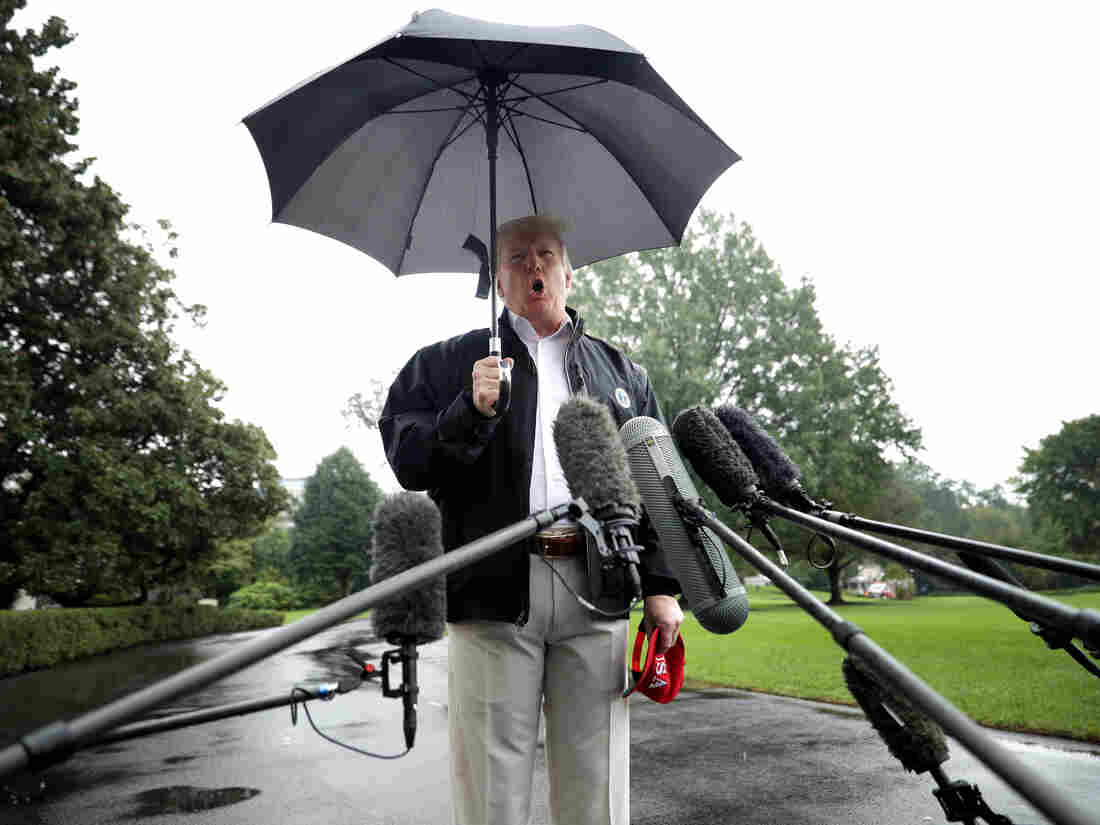 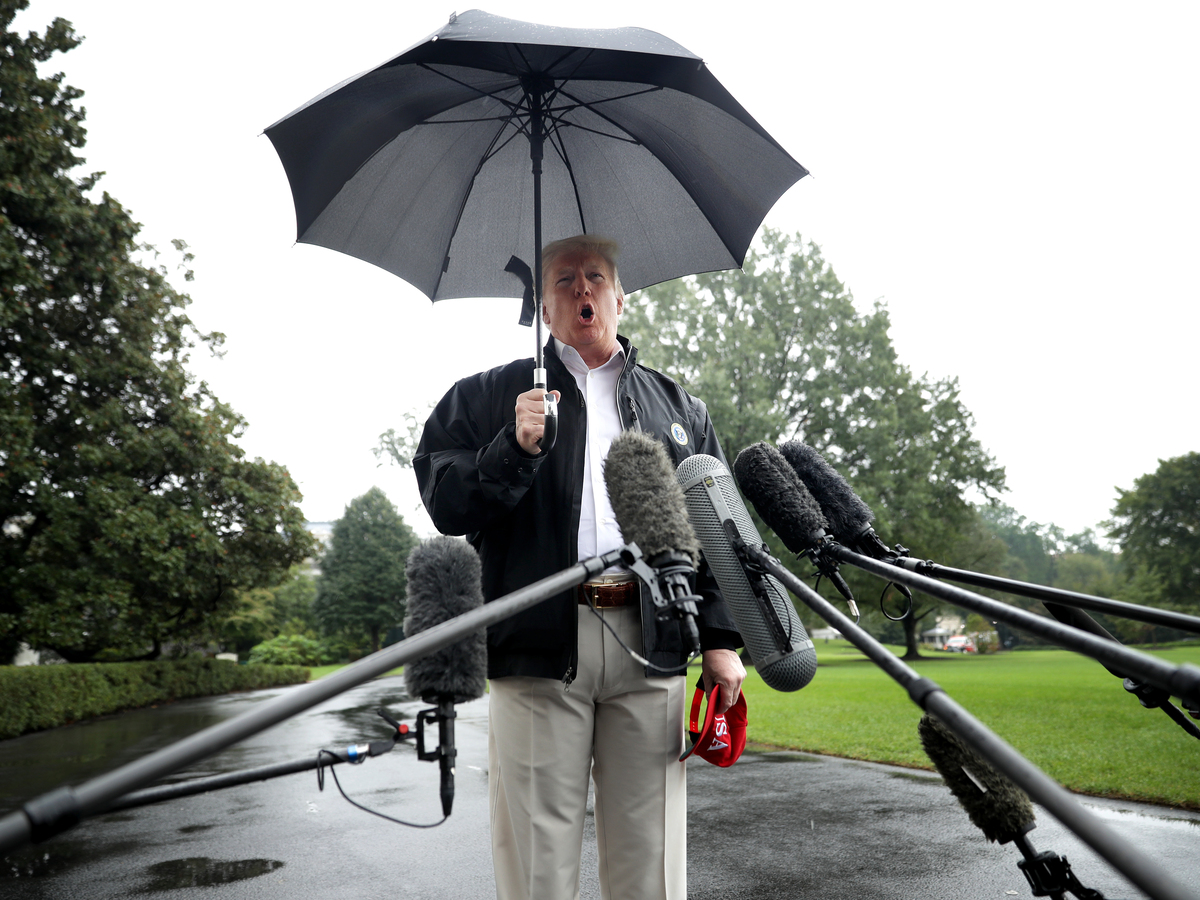 Saudi journalist Jamal Khashoggi is still missing, nearly two weeks after he entered the Saudi Arabian Consulate in Istanbul. And questions continue to swirl about his disappearance. U.S. Secretary of State Mike Pompeo was dispatched to Riyadh, while in Istanbul, a team of investigators searched the consulate.

President Trump told reporters on Monday morning that he had just spoken with Saudi King Salman bin Abdul-Aziz Al Saud, who he said "firmly denied any knowledge" of what happened to Khashoggi.

But Trump had a theory.

"I don't want to get into his mind — but it sounded to me like maybe these could have been rogue killers," he said. "Who knows? We're going to try getting to the bottom of it very soon. But his was a flat denial."

Just spoke to the King of Saudi Arabia who denies any knowledge of whatever may have happened “to our Saudi Arabian citizen.” He said that they are working closely with Turkey to find answer. I am immediately sending our Secretary of State to meet with King!

That was a different line than Trump took in an interview with CBS's 60 Minutes that aired Sunday but was recorded last Thursday.

"It's being investigated, it's being looked at very, very strongly," Trump said, after CBS's Lesley Stahl asked whether the Saudis had murdered Khashoggi. "And we would be very upset and angry if that were the case. As of this moment, they deny it and they deny it vehemently. Could it be them? Yes."

"We're going to get to the bottom of it and there will be severe punishment," he added.

On Monday afternoon, another scenario emerged: CNN reported that Saudi Arabia is preparing to say that Khashoggi was killed in an interrogation "that went wrong" and that he was supposed to be abducted instead. The network cited two anonymous sources, one of whom cautioned the report could change.

If the Saudis do offer this sequence of events, they will need to account for why they have claimed, for the past two weeks, that Khashoggi walked out of the consulate.

Saudis Vow To Retaliate With 'Greater Action' If Hit With Sanctions

Trump sent Pompeo to meet with the Saudi king in Riyadh on Monday and said Pompeo may travel to Turkey as well. The president has said he doesn't want the Khashoggi matter to scuttle an arms deal with the Saudis.

Meanwhile on Monday, a team of Turkish and Saudi investigators entered the Saudi Consulate in Istanbul, the Associated Press reported. It was unclear whether there would be much of anything to investigate forensically, given that so much time has passed since Khashoggi was last seen.

"It has been 13 days since the event, so surely proving some of the evidence might be difficult, but we believe we will obtain evidence," a Turkish official told Reuters.

Turkish officials have told reporters that they believe Khashoggi was very likely killed or abducted within hours of his arriving at the consulate. One security official told The New York Times that a squad of 15 Saudi men arrived in Istanbul and killed Khashoggi. The official said one of the men had brought along a bone saw for dismembering the body.

The Saudi government has repeatedly denied any involvement in the journalist's disappearance and in a statement Sunday warned that "if it receives any action, it will respond with greater action."

Khashoggi, who recently has been living in Virginia and writing columns for The Washington Post, hasn't been seen since Oct. 2, when he entered the Saudi Consulate to handle paperwork for his upcoming marriage.