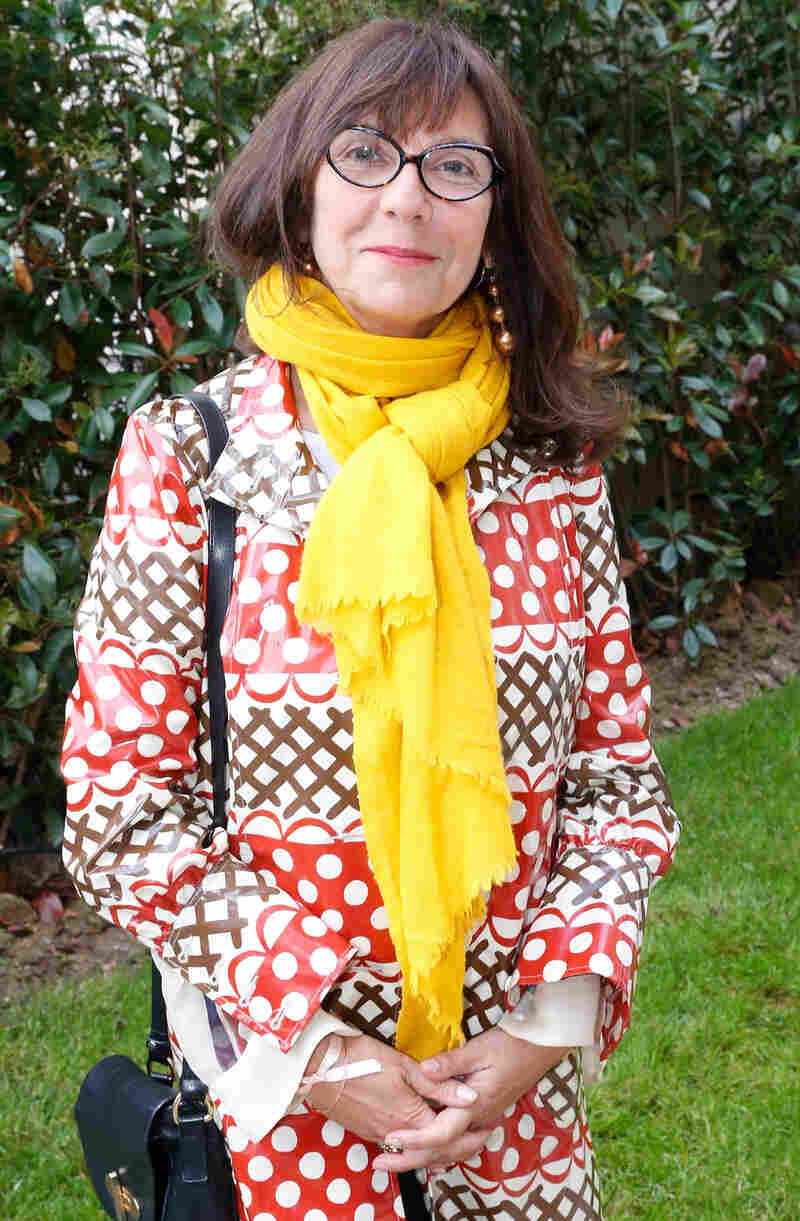 Sophie Calle, at a private concert by Pharrell Williams in Paris on May 26, 2014. Pharrell contributed to the album Souris Calle, in tribute to Sophie Calle's dead cat. Bertrand Rindoff Petroff/Getty Images hide caption 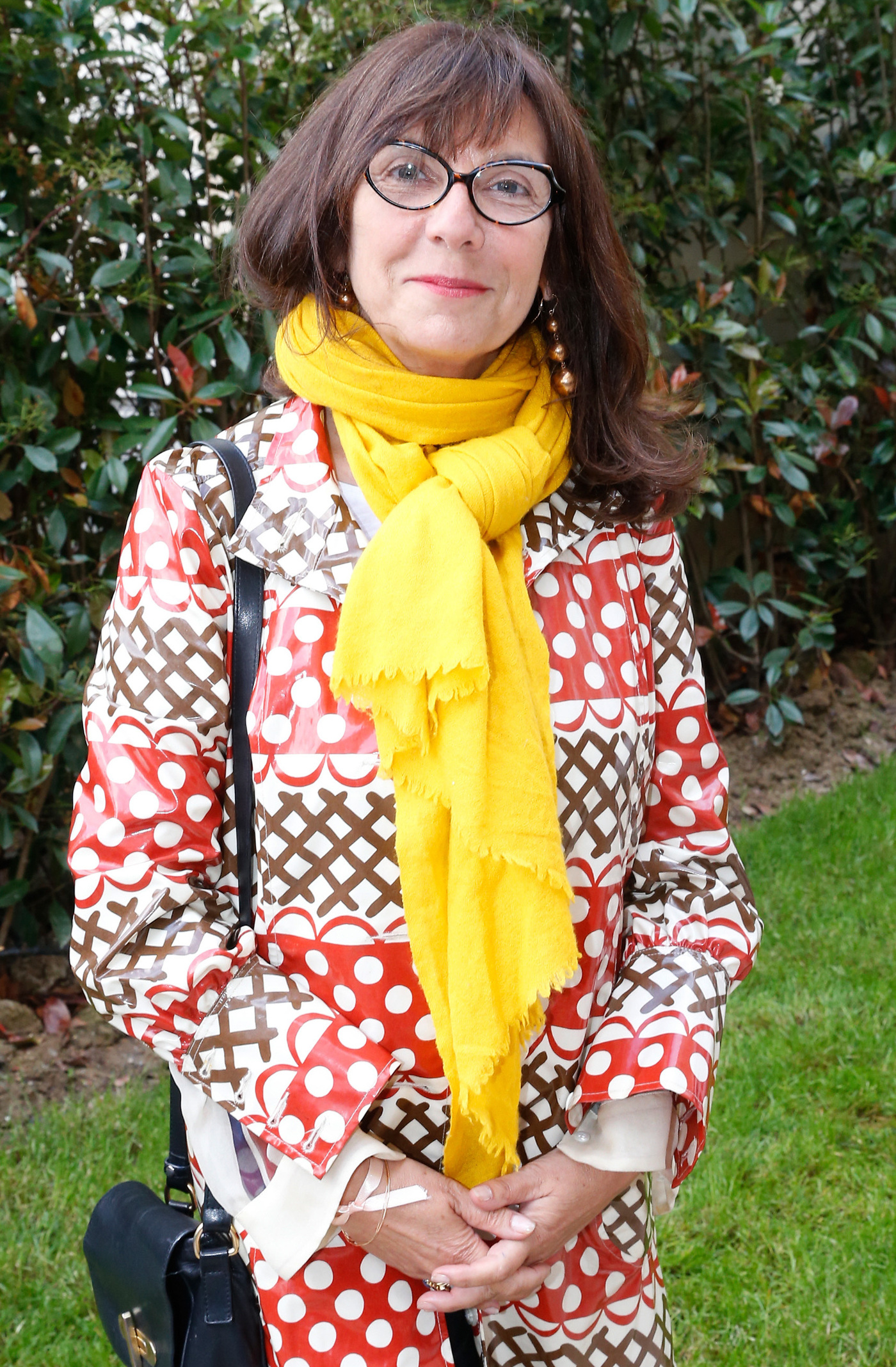 Sophie Calle, at a private concert by Pharrell Williams in Paris on May 26, 2014. Pharrell contributed to the album Souris Calle, in tribute to Sophie Calle's dead cat.

When T Magazine profiled the French artist Sophie Calle in April 2017, she appeared to be pregnant. Calle was 63 then, and the writer, Mary Kaye Schilling, admitted to being surprised at the sight of the artist's swollen belly. A pregnancy would have been more than possible, as an Indian woman proved a year before Schilling showed up on Calle's doorstep. As it turned out, however, the unwaveringly conceptual Calle, a giant in her native country known for positioning herself at the center of her works, was in the midst of carrying out a project she had abandoned: giving birth to her cat, Souris. (That's "Mouse" in French.)

Souris had died three years prior, in 2014 — the same year Calle lost her father. By every indication, the artist loved him — the cat, that is — very, very much. "When you say you're sad about the cat, it's a bit obscene for people," Calle told Artnet of her grief. "You can't say that. I mean, if I say my mother or my father is dead, everyone tells me, 'Oh, poor thing, she lost her mother, oh, poor thing, she lost her father,' but if we say that about our cat, we seem ridiculous. It makes me laugh, when for me, in my daily life, it was almost more violent, because I lived with my cat. I didn't live with my parents."

Indeed, Souris is the subject of an exhibition the artist debuted in Paris this past Saturday, at the gallery Perrotin. While that show includes elements of video and selections from Calle's past work that involved le chat mort, its centerpiece is a long and interesting album called Souris Calle, the result of Calle's invitation to dozens of musicians, many of whom you've probably heard of. It's a patchwork compilation that meanders across so many styles — black metal, avant-electronics, humorous bedroom pop, yé-yé — the head spins, while making its central concern the mourning of a dead cat by strangers. (That said, 10 of the artists who contributed to the album were acquainted with Souris.) For these reasons and every other, you would have no reason to expect Souris Calle to be as good as it is. But it is.

There's Bono, reading a poem into Calle's voicemail, to open the album; Jeanne Cherhal, in "Sans ma souris," delivering a tense, minimalist rumination; Juliette Armanet with a light, icy-cool easy-disco composition; Laurie Anderson in full robo-tears mode; Linus Öhrn of Siniestro with a brutal piece of blackened mourning; Jarvis Cocker opening his entry with a haptic, ostensibly artificial buzz of a cat's purr, before setting off into surrealistic kitty synth work; and Ragnar Kjartansson and Kristín Anna with a tongue-in-cheek observation that "You used to masturbate against me / You snored heavily / I would've never put up with that from a man." Elsewhere, The National pops up with some overcast hand-wringing; Pharrell contributes a short, library-music-indebted bit of intergalaticism, and in "Souriais-tu là?" Brigitte recalls the autumnal textures of Nick Cave's Murder Ballads. There's plenty more where that came from.

By all indications, Calle appears to be a delight to be around, and you can't help but wonder if the back-to-front quality of all this work — there's so much of it — was animated in no small part by that charisma. (The pedigree of the contributors doesn't hurt.)

And what about, like, getting another cat? "Maybe when this project is over, I'll be ready," Calle told the Journal. The new one will have big shoes to fill.